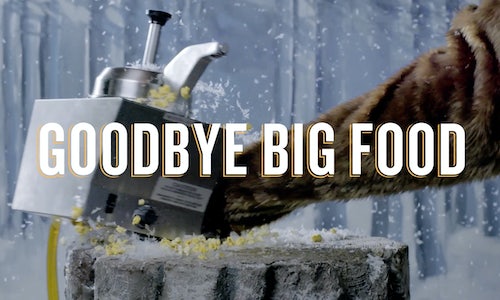 Tillamook is an Oregon-based dairy cooperative of farmer-owners, who prioritize quality over profit to make the best cheese, ice cream, yogurt, sour cream and butter. In 2016, they set out to become champions for Real Food.

To claim leadership, we needed to position Tillamook as a challenger and antidote to flawed, profit-driven, Big Food corporations. To do this, we needed a great big stage that would catapult our provocative message into the limelight. We decided to launch the brand's 2016 campaign, "Goodbye Big Food, Hello Real Food," with a TV spot during Hollywood's biggest night.

But, that wasn't all. We also had to:

-Hype the campaign launch with a breakthrough moment–one that would naturally insert Tillamook into timely, award-show conversation on social media.

-Spark a conversation with people about Tillamook, and our mission to spread Real Food.

-Rally people around our cause, and get people to talk about rejecting Big Food.

We had to make it all happen on a shoestring budget.

In tackling our goals, we were faced with a couple major barriers. 1) We had to follow the advertising rules and regulations set forth by the academy; we couldn't hashtag the award show and 2) We needed people to talk about Real Food on a day when 50 percent of the social conversation is about movies, versus just 7 percent about food.

So we found a workaround. With a tiny production budget of less than $50K, we created our own films–five of them, designed for social media. We dramatically destroyed Big Food–the same Big Food you see at movie theaters–Hollywood-style.

In one film, a rusty guitar smashed nachos in processed cheese product. In another film, a bear ravaged popcorn in fake butter. We stirred up a storm on Mars to take down artificial ice cream. A mop-gone-crazy destroyed slush with Red Dye 40. And a (doll)house collapsed on a cheeseburger, stacked with plasticky cheese.

In each film, Real Food made with Tillamook showed up to save the day.

As the nominees were announced on TV, we premiered our Tillamook films on Twitter, to sync up with real-time chatter–without ever hashtagging that fancy award show.

Even in the midst of award-show hysteria, we racked up 10 million earned media impressions.

Social media mentions of Tillamook increased by 450 percent in the first 48 hours of our campaign launch.

We sparked a conversation about delicious Real Food from Tillamook, and engaged people for a total of 177K engagements–a record for our small, Oregon-based, farmer-owned brand. 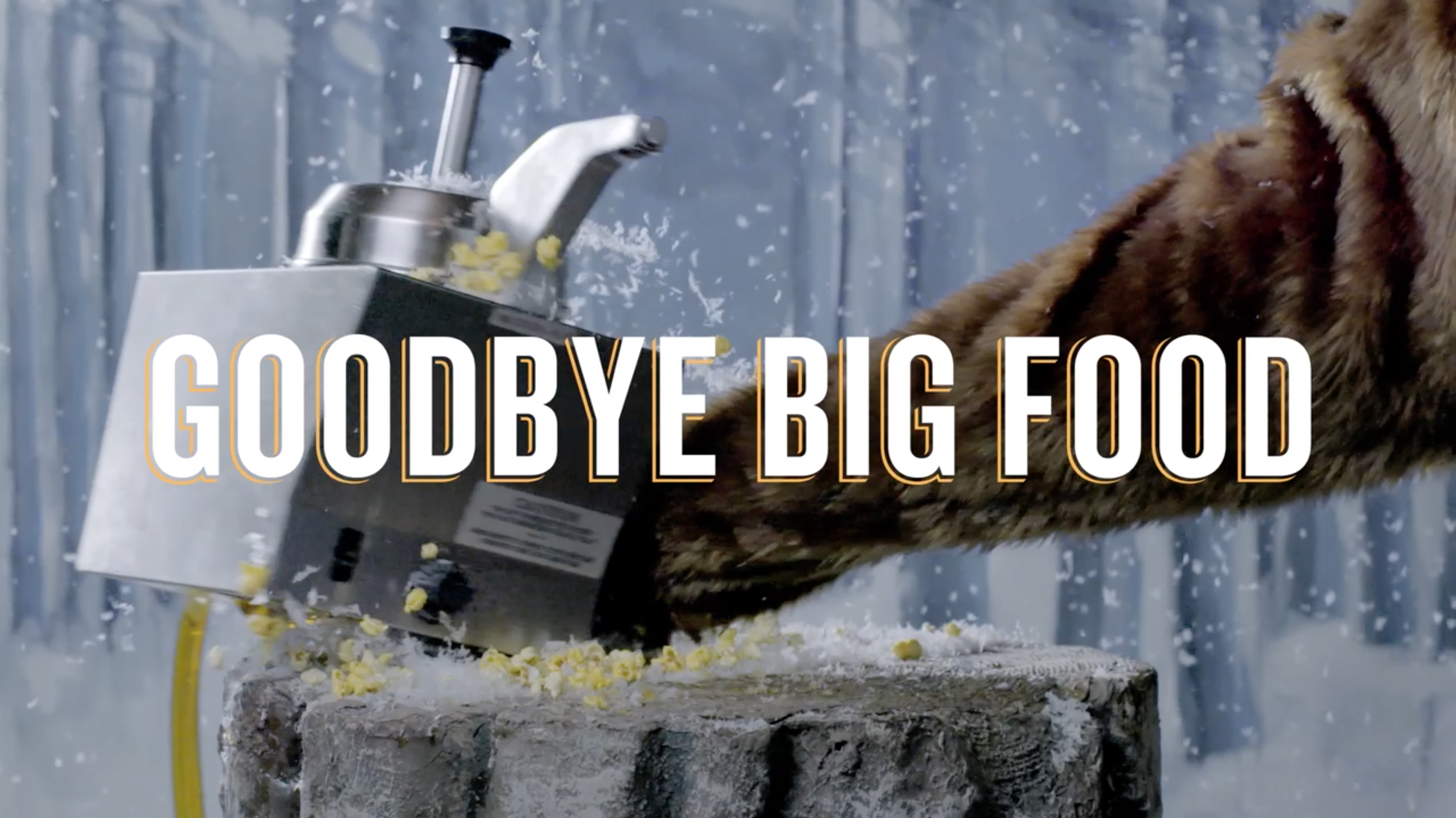 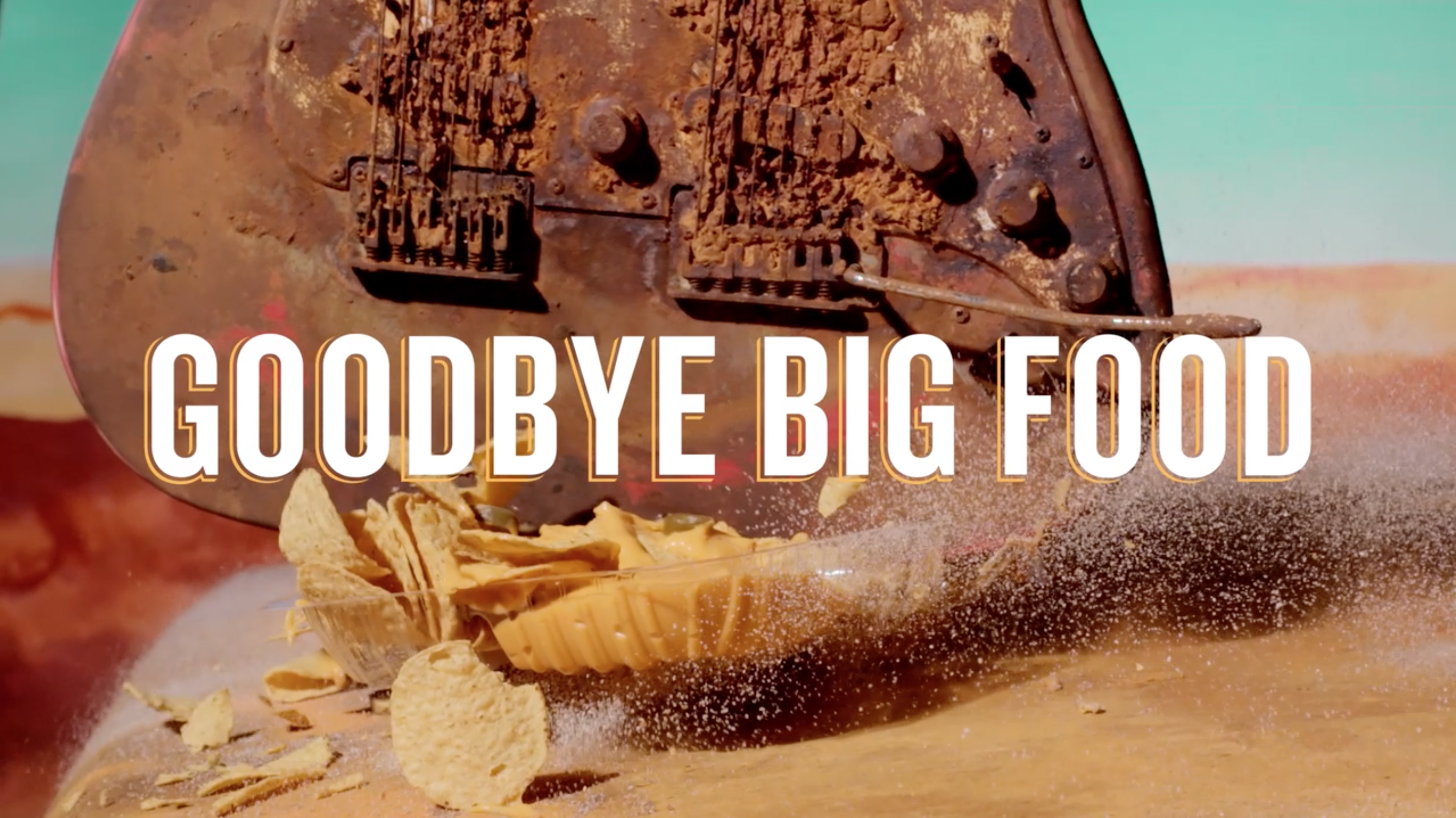 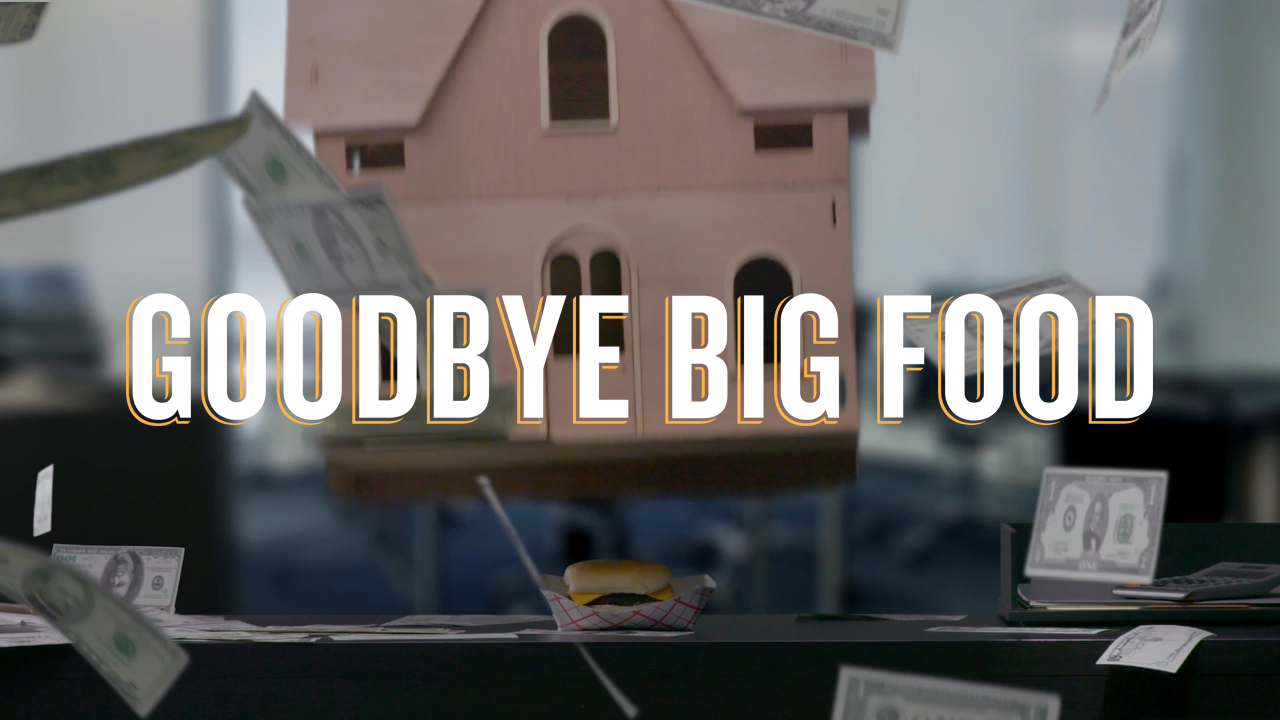 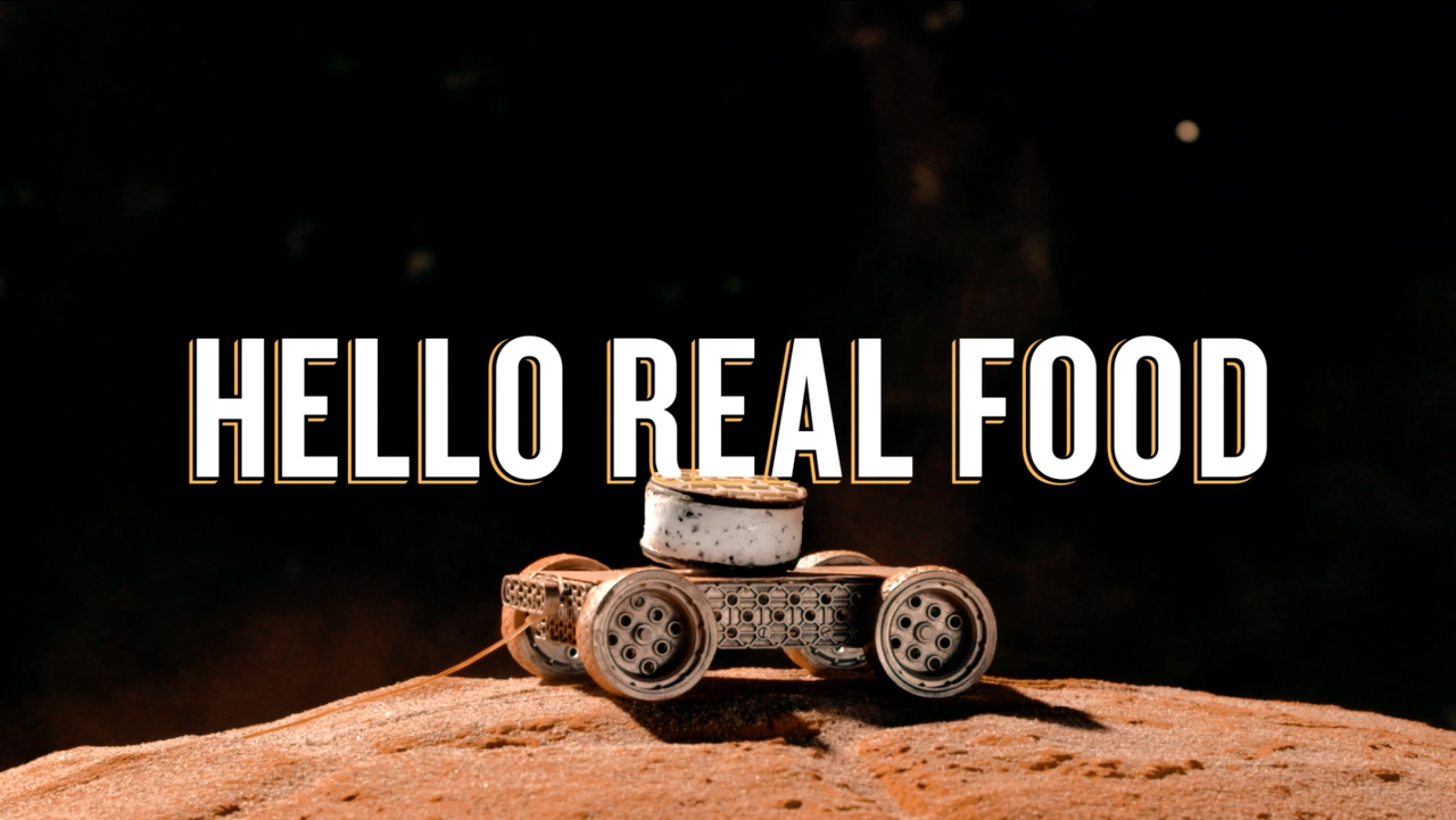 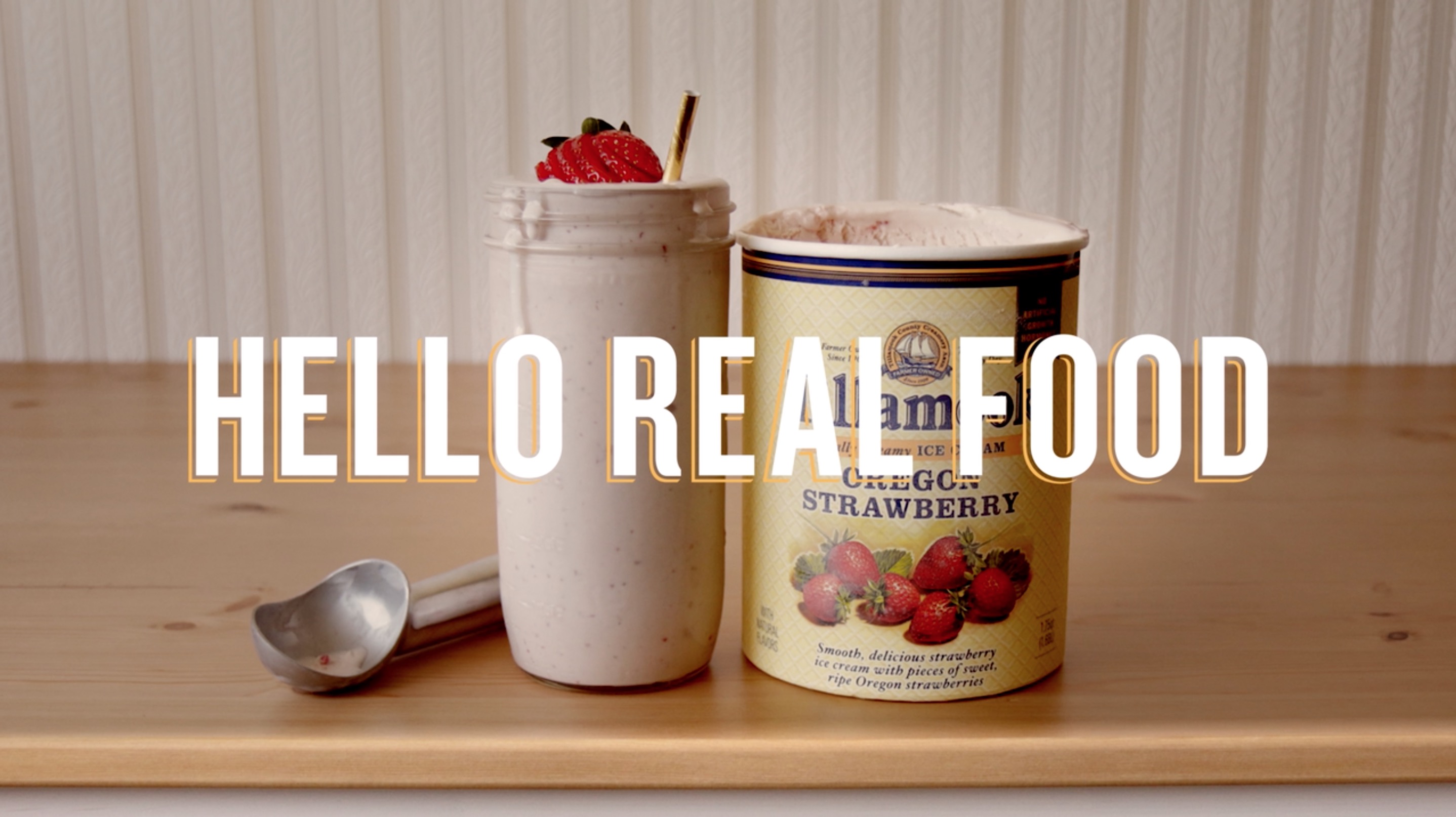