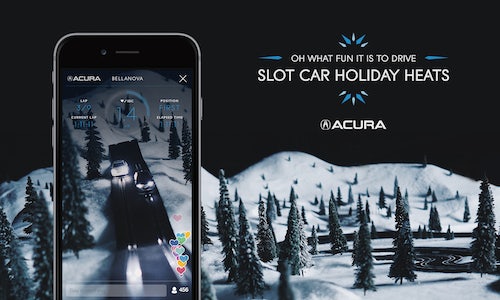 Acura asked us to activate their "Oh What Fun It Is To Drive" Winter Sales Event by reinventing a holiday tradition.

Classic slot car races provided a powerful insight and mechanism: rekindle the love and excitement of getting an iconic toy, and translate that nostalgia into the joy of buying a new car.

This led us to create the first ever Periscope-powered race: a slot car race with a multi-camera broadcast and two live announcers, inviting users to #RaceYourHeartOut. The more a viewer would heart, the faster their slot car would go, and the winning car of each race raised $500 for charity.

Two custom 3D printed Acura TLX slot cars were created and each given their own Periscope account. Users picked the TLX they wanted to race by joining the car's broadcast and simply hearted the screen to make it go faster.

Every heart press was monitored real-time on both Periscope accounts. An Arduino then converted the heart into a unit of current and accelerated the corresponding slot car. The entire race was captured live via five cameras along the track and edited into a Periscope broadcast along with running commentary from Acura factory racecar driver, Ryan Eversley and sports broadcaster, Greg Mescall.

The purse for each race was worth a $500 donation to the Pediatric Brain Tumor Foundation. Two hours and twenty races later, we had generated over 60,000 hearts and raised $10,000. In total, users watched 75 hours worth of races and Acura brand media. Acura's rate of hearts on Periscope increased 190%.

Not bad for reliving the holiday excitement of our past in a way never been done before. Oh what fun it is to drive. 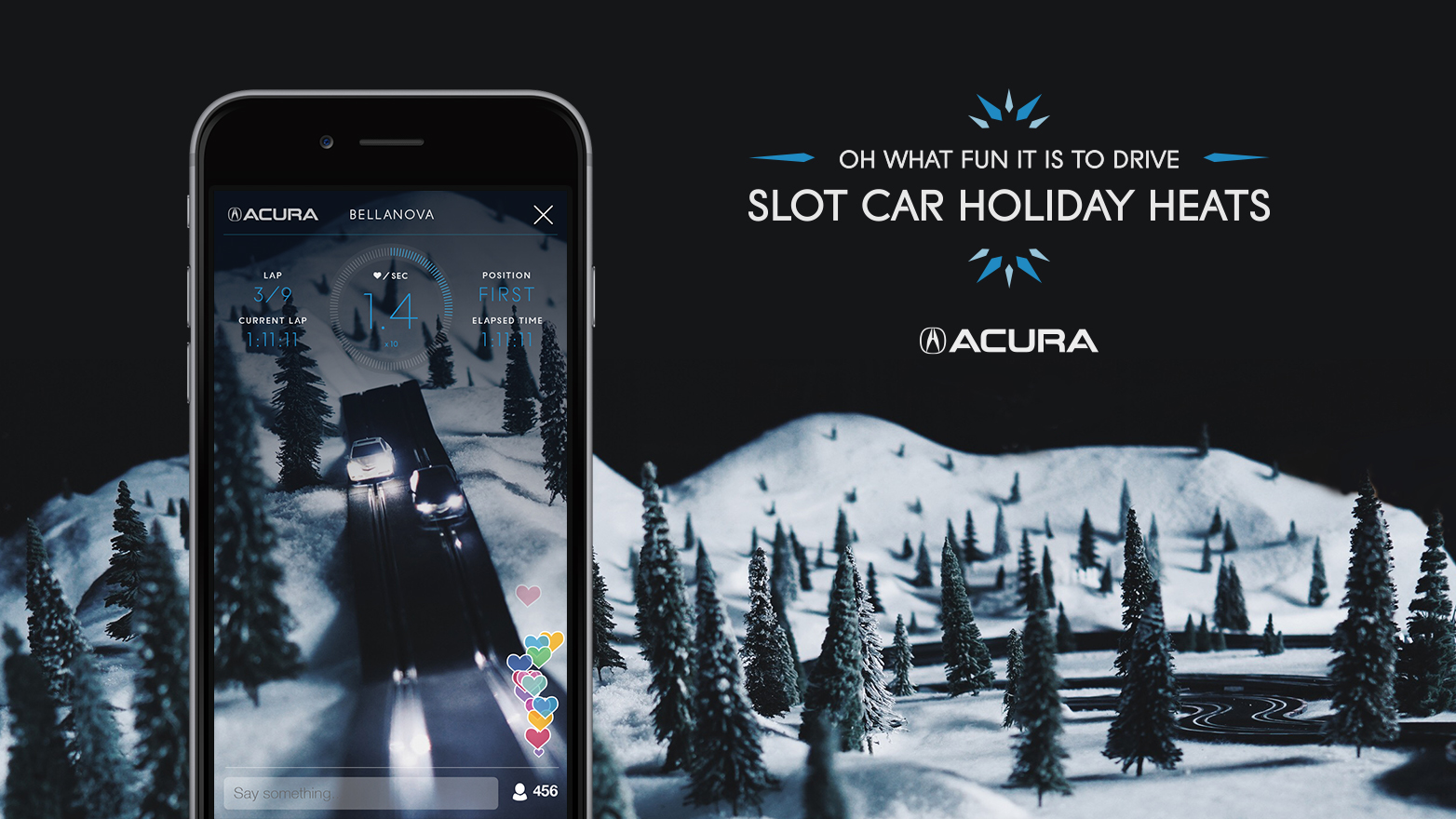