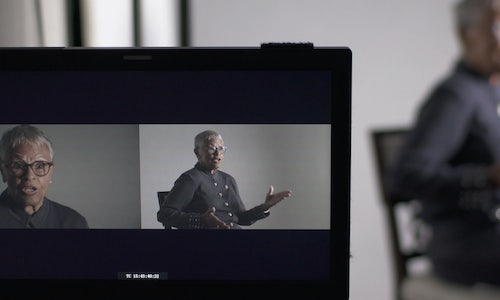 Since 2014, AMC Networks has raise awareness around the historical importance and modern-day significance of Black History Month in the United States through the company’s award-winning annual Public Service Announcement campaign.

The objective of the campaign has been and always will be to communicate the tremendous impact of Black History Month by featuring some of the leading members of Congress today sharing in their own words the stories of inspiration and perseverance that inspire them, and the issues that they remain focused on today. These important messages are then shared broadly across the company’s premier entertainment brands including cable TV networks – AMC, BBC America, IFC, SundanceTV, and WE tv – as well as SVOD service Urban Movie Channel (UMC).

This year, the company took the campaign to new heights, completely reevaluating the presentation and look of the series with a fresh and powerful creative direction and expanding its reach. While the spots produced as part of the campaign had a new look, what remained consistent were the inspiring stories and points of view shared by its subjects.

For the seventh consecutive year, AMC Networks partnered with the Congressional Black Caucus (CBC) as well as the National Association for the Advancement of Colored People (NAACP) to produce the campaign. As in year’s past, the company asked members of Congress to share their compelling stories, insights and inspirations in documentary-style interviews filmed in Washington D.C. Participants for this year’s campaign included Representatives Andre Carson, Emanuel Cleaver, James Clyburn, Bonnie Watson Coleman, Gwen Moore, Donald Payne, Jr., and Hank Johnson.

In 2020, the PSA series centered on four thematic spots that aired throughout the month of February. Those themes were:

What sets AMCN’s campaign apart from others is its use of documentary-style, personalized interviews with nationally recognized public service leaders, tapping into personal and unique stories that showcase the true depth and impact of Black History Month as it impacts our past, present and future. This docu-style storytelling allows leaders to share stories in their own words - lending credibility to the campaign, anchoring it in honesty, and reinforcing its importance.

Once production was complete, the company rolled out the PSAs on-air and on-line, timed to coincide with national Black History Month, promoting the series online, on social and more. In total, the campaign aired 500 times across AMC, IFC, SundanceTV, WE tv, and UMC, garnering 27 million on-air impressions, an increase of over 5x year-over-year, as well as 370,000 social media impressions across Twitter, Instagram, Facebook, and LinkedIn. They were featured in online newsletters from NAMIC, the NAACP, and were covered in Cablefax Daily.

For the first time ever, the PSAs were also featured in theaters at the IFC Center in downtown Manhattan and the Brooklyn Academy of Music in downtown Brooklyn. They aired as pre-roll before all film screenings including special series for Black History Month, reaching an additional 53,000 audience members.

Overall the campaign was a success in elevating awareness for Black History Month across AMC Networks platforms and channels – acting as a moment of reflection, remembrance and celebration of the impact of civil rights advocacy.