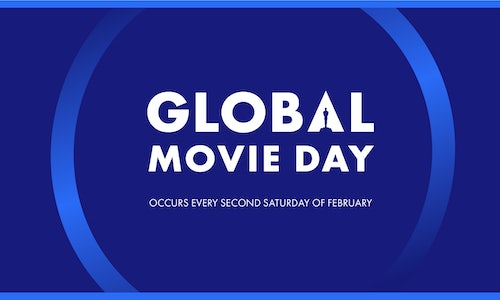 The second annual Global Movie Day was held on Saturday, February 13, 2021 during the global pandemic as a way for Academy members, filmmakers, movie lovers, theatre chains, and entertainment studios around the world to come together and share their love of movies across social media using #GlobalMovieDay!

The second annual Global Movie Day (2021) campaign was executed during the global pandemic. Academy members and filmmakers shared their love of movies through virtual interviews filmed leading up to the holiday. As well as various entertainment studios and theatre chains creating curated content. The videos and content were released on social media on Saturday, February 13, 2021 along with a Sweepstakes Call to Action for movie lovers around the world to join the conversation using #GlobalMovieDay and telling us how they're celebrating Global Movie Day for a chance to win an Oscars and Academy Museum of Motion Pictures Swag Prize Pack!

Thousands of movie lovers around the world posted content across social media and engaged with content throughout Global Movie Day - using #GlobalMovieDay, which led to over 18M+ organic impressions (+80% YoY), 564k+ organic engagements (+38.92% YoY) and 394M+ potential impressions all within 24 hours. 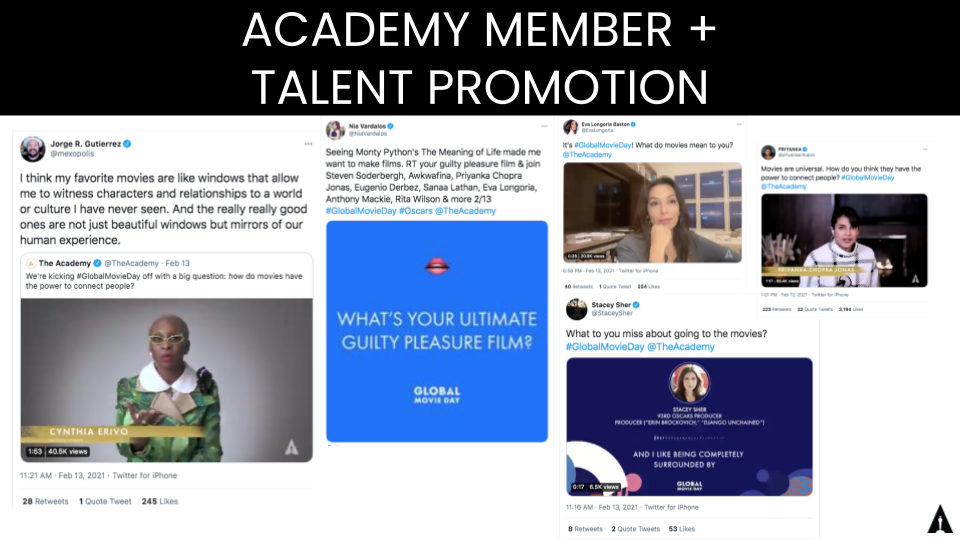 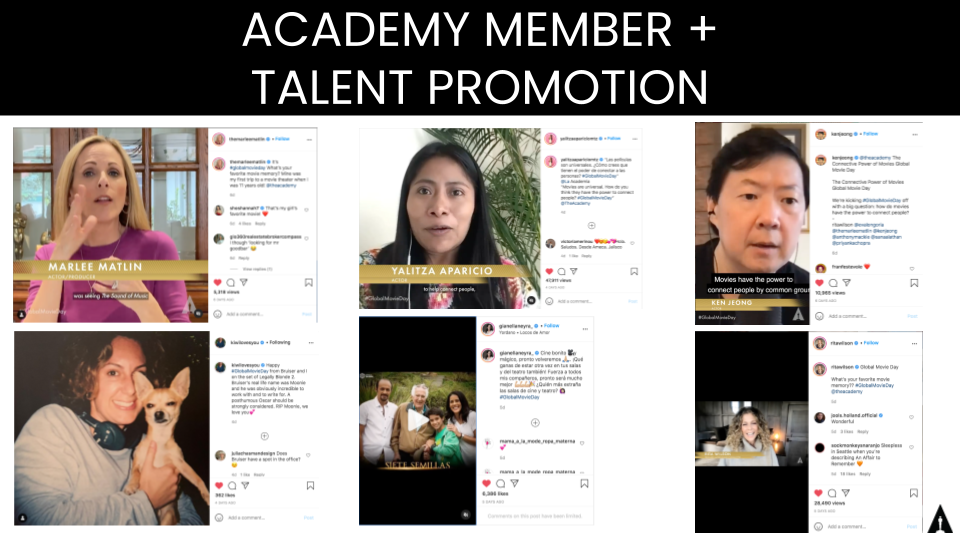 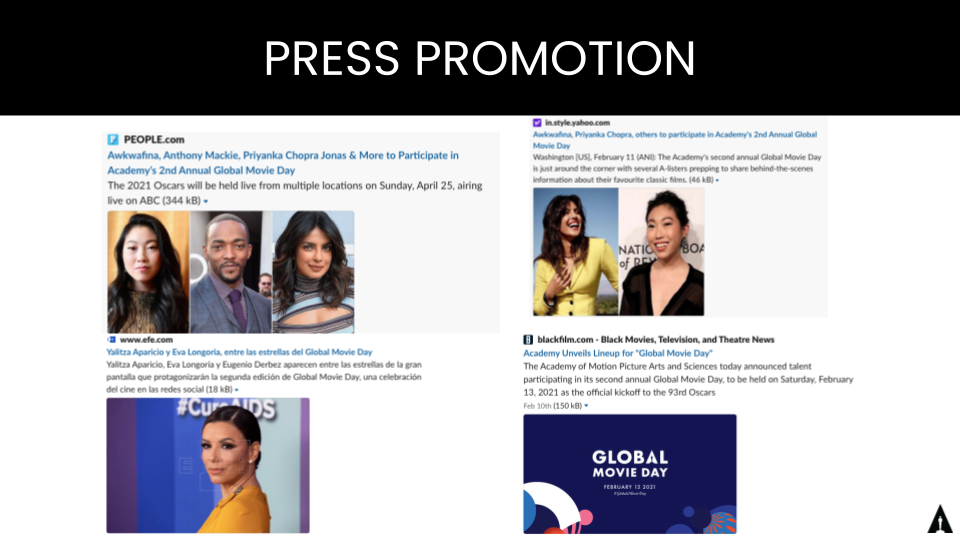 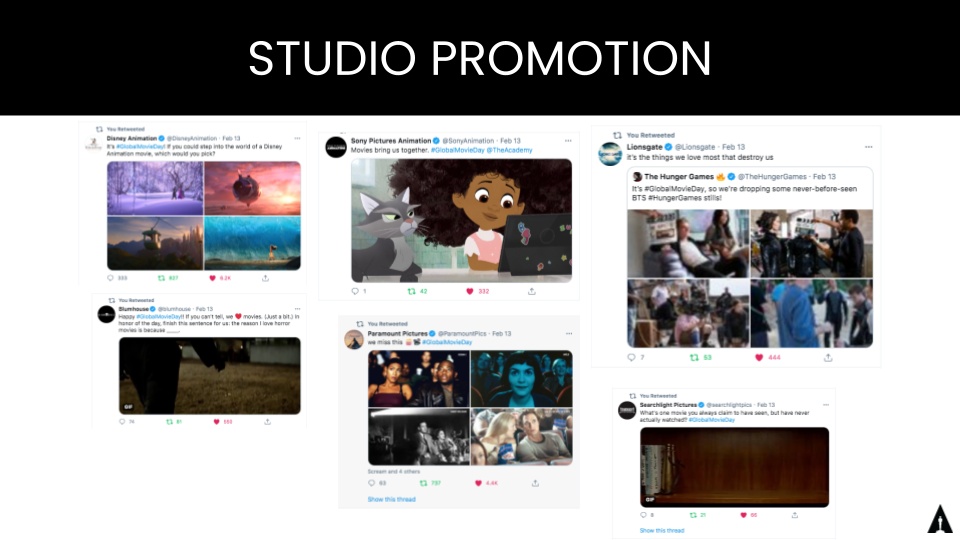 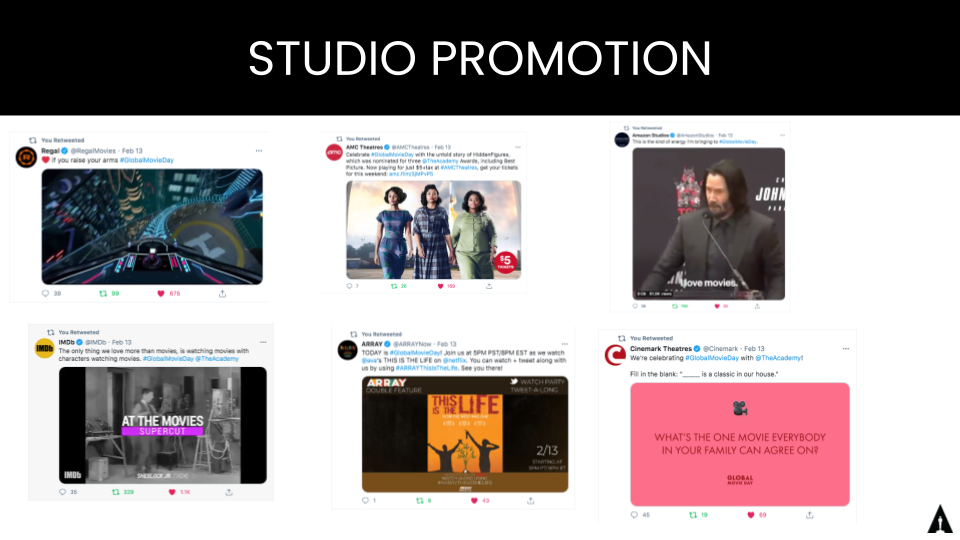 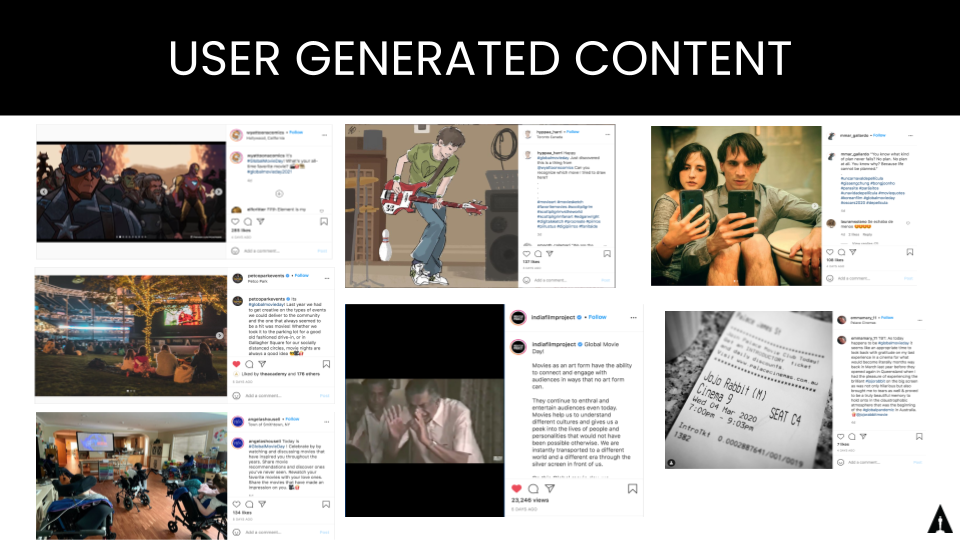 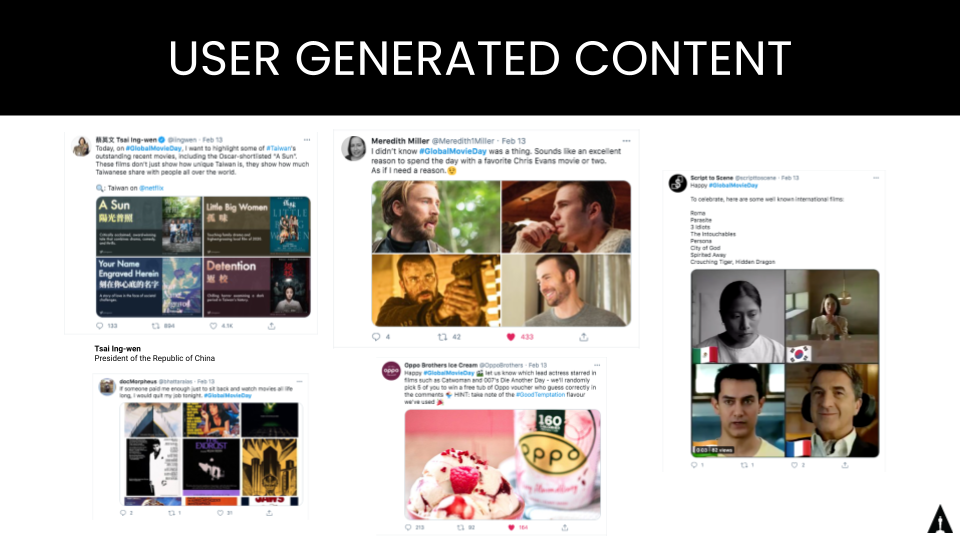 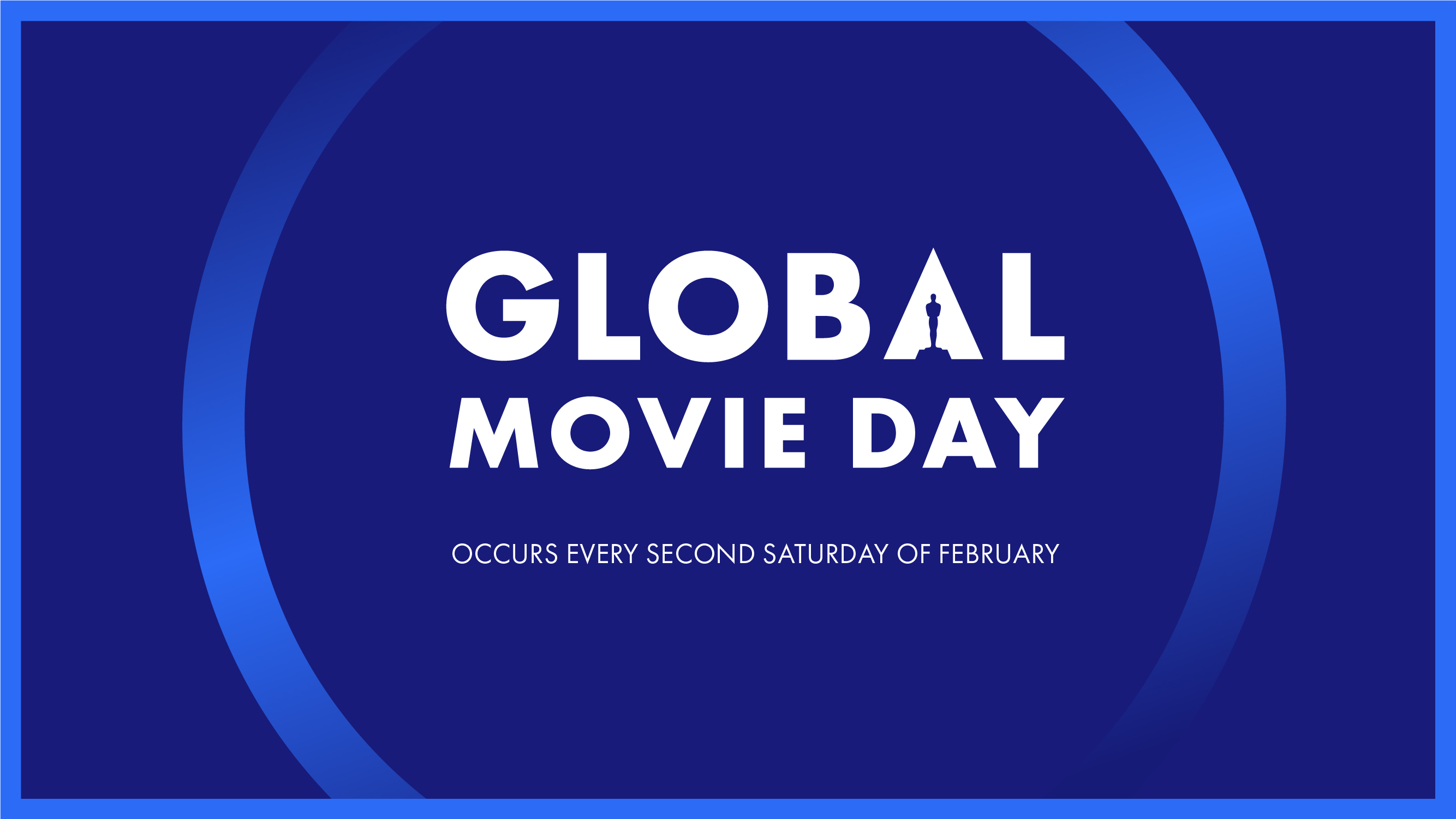