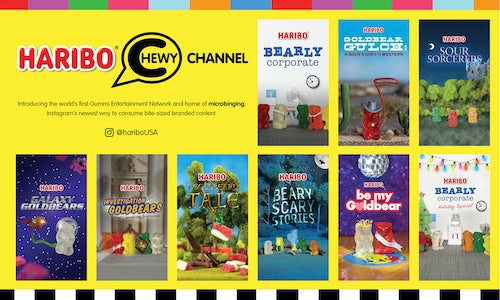 HARIBO is the world's leading manufacturer of gummi products and the original inventor of the gummi bear. Well-known around the world, HARIBO has strategically grown quickly in the U.S. since 2015 but continues to be on a brand awareness journey. Chewy Channel set out to engage more consumers with the brand through something they already do – playing with the fun shapes of HARIBO’s candy variety and bringing it to life. As the world’s first micro-binge network, Chewy Channel’s objective was to break through the social space in an unexpected way, have a conversation with consumers and differentiate from competitors.

Today’s consumer is bombarded by content, and consumer attention spans are shrinking. So to break through, HARIBO, the inventors of the gummy bear, shrank their ads - transforming their social feeds with bite-sized, must-stream content.

With Office Sitcoms, Westerns, and Magical Dramas, the Chewy Channel borrows from all the classic streaming service tropes made popular by Netflix, Hulu, and HBO, including original scores, holiday specials, and even interstitial episode screens. All built specifically for Instagram’s native UI, premiering new original content every month, perfect for the internet’s preeminent micro broadcaster: IGTV.

Shrinking binging to microbinging, downsizing seasons to mere minutes and trading big screens for mobile ones, the Chewy Channel created a new way to view content, with one hit micro-show after another. Stay tuned for the next episode.

In a world of social media clutter, the Chewy Channel broke through the noise by creating content inspired by the platform and even creating a new viewing habit, microbinging.

By using the actual product as the stars, the Chewy Channel created a groundswell of social conversation around the HARIBO bears. Fans loved that the gummi bears they devour, we’re starring in bizarre content within their feeds in a way that felt so native to the channels they use. The Chewy Channel not only entertained audiences to keep them coming back for more, but also inspired them to share. Chewy Channel’s success has the numbers to prove it: 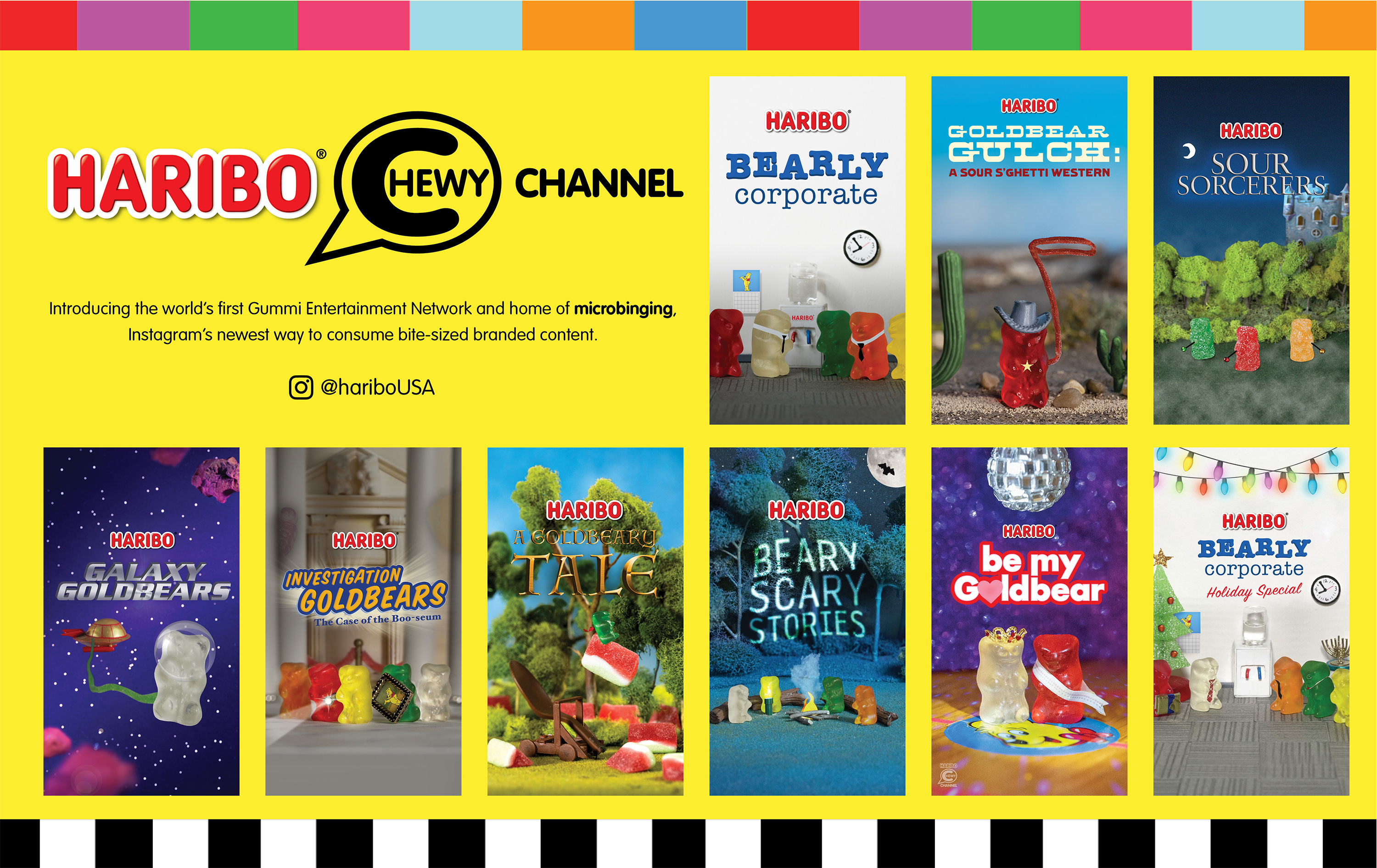 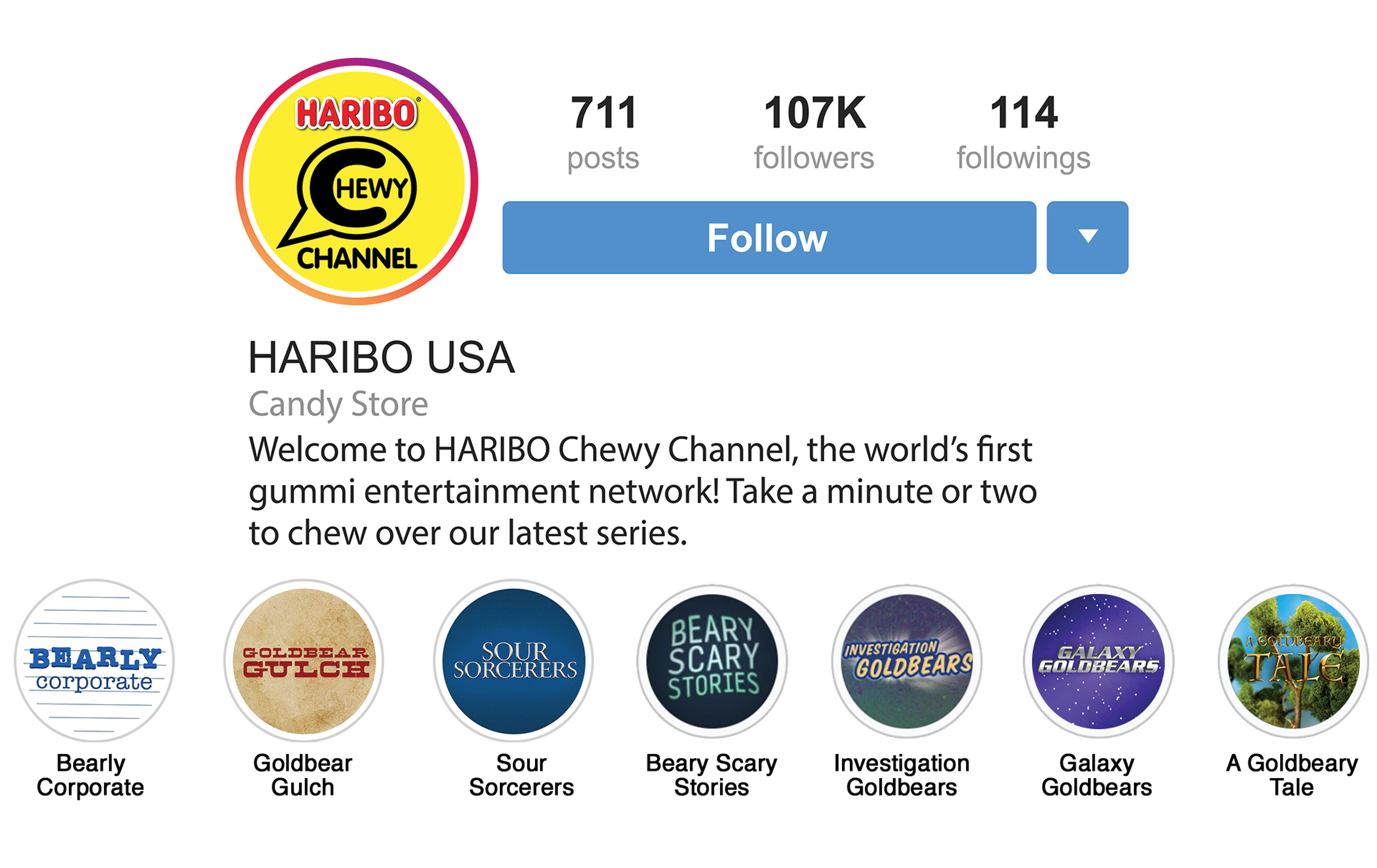 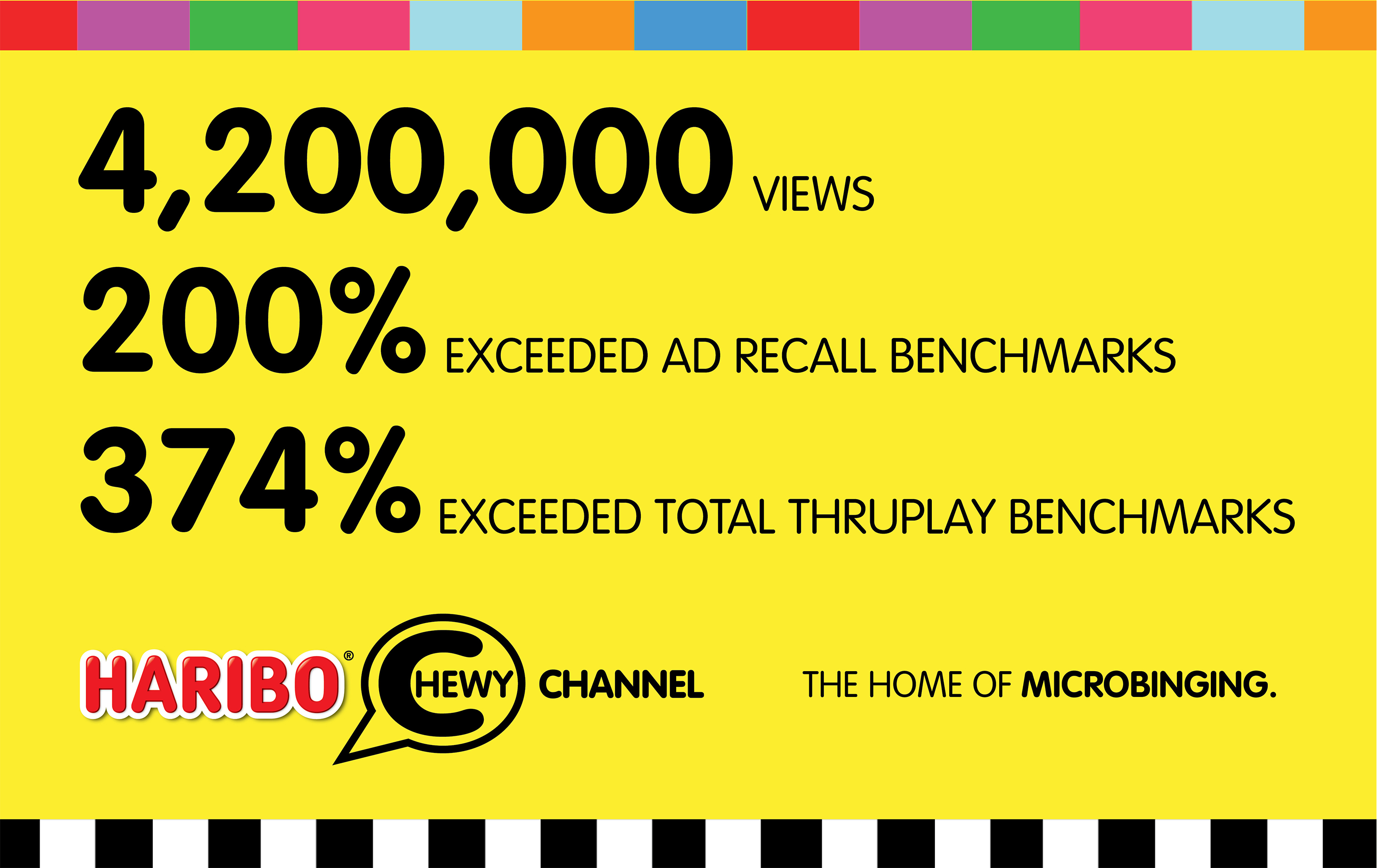 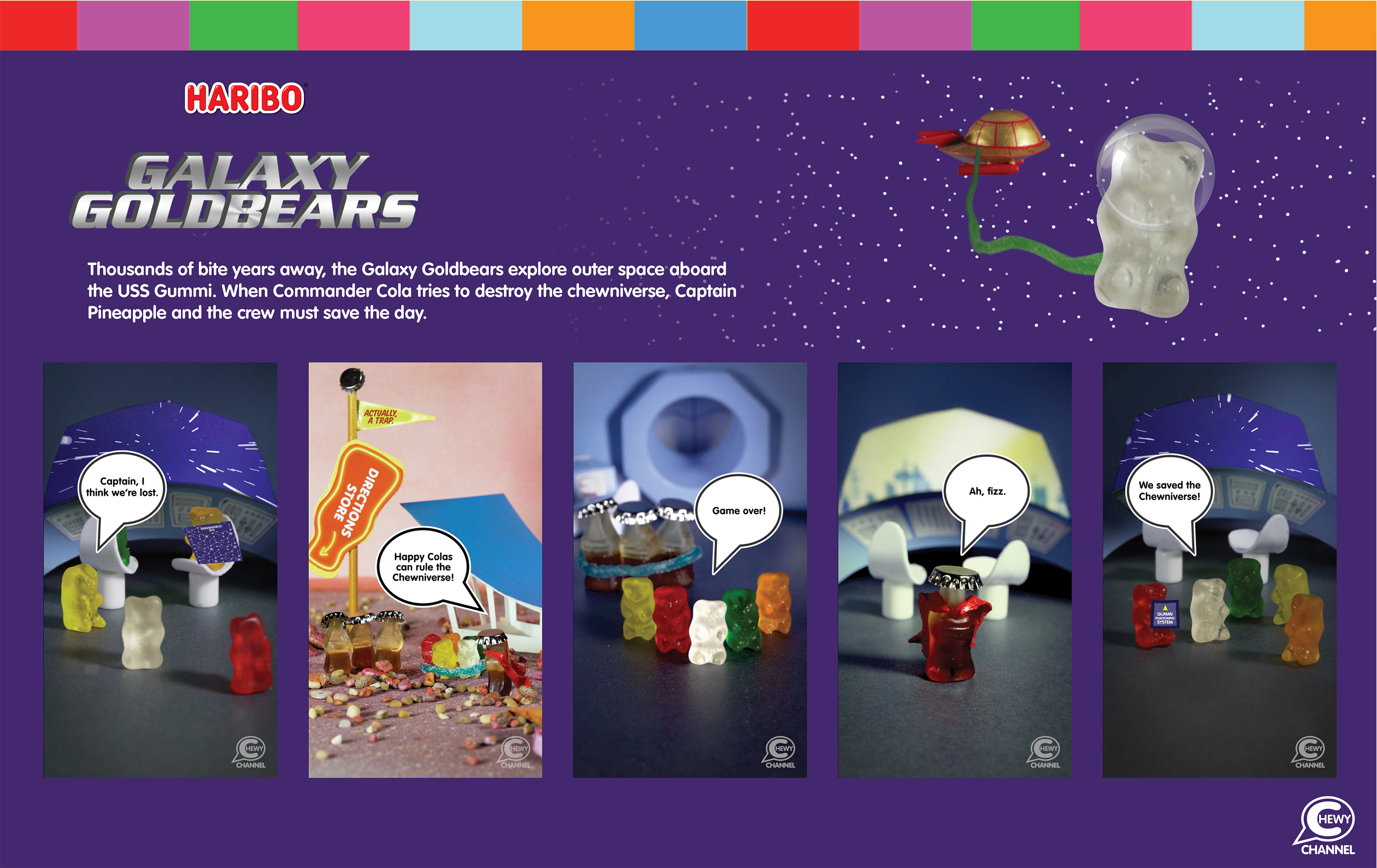 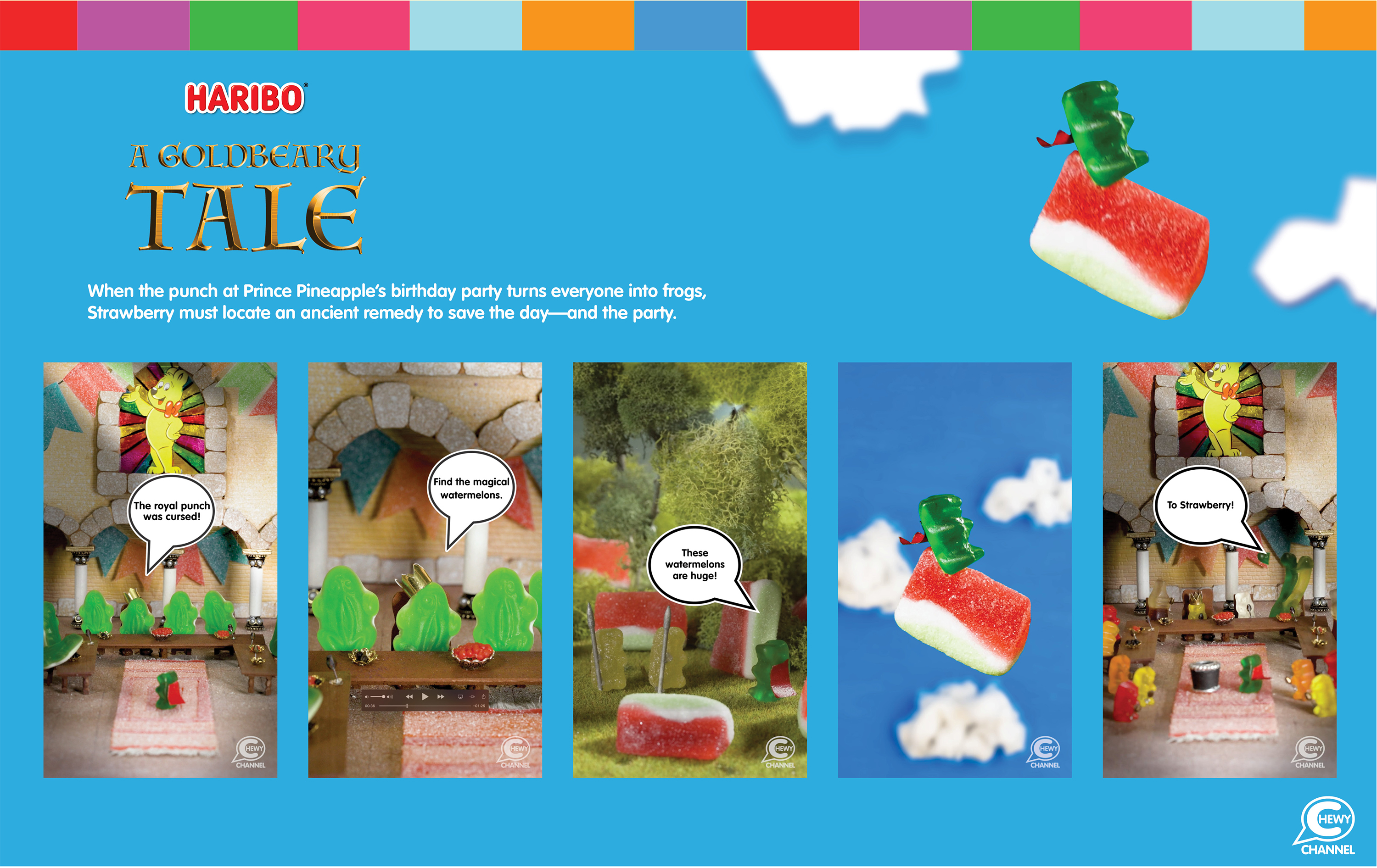 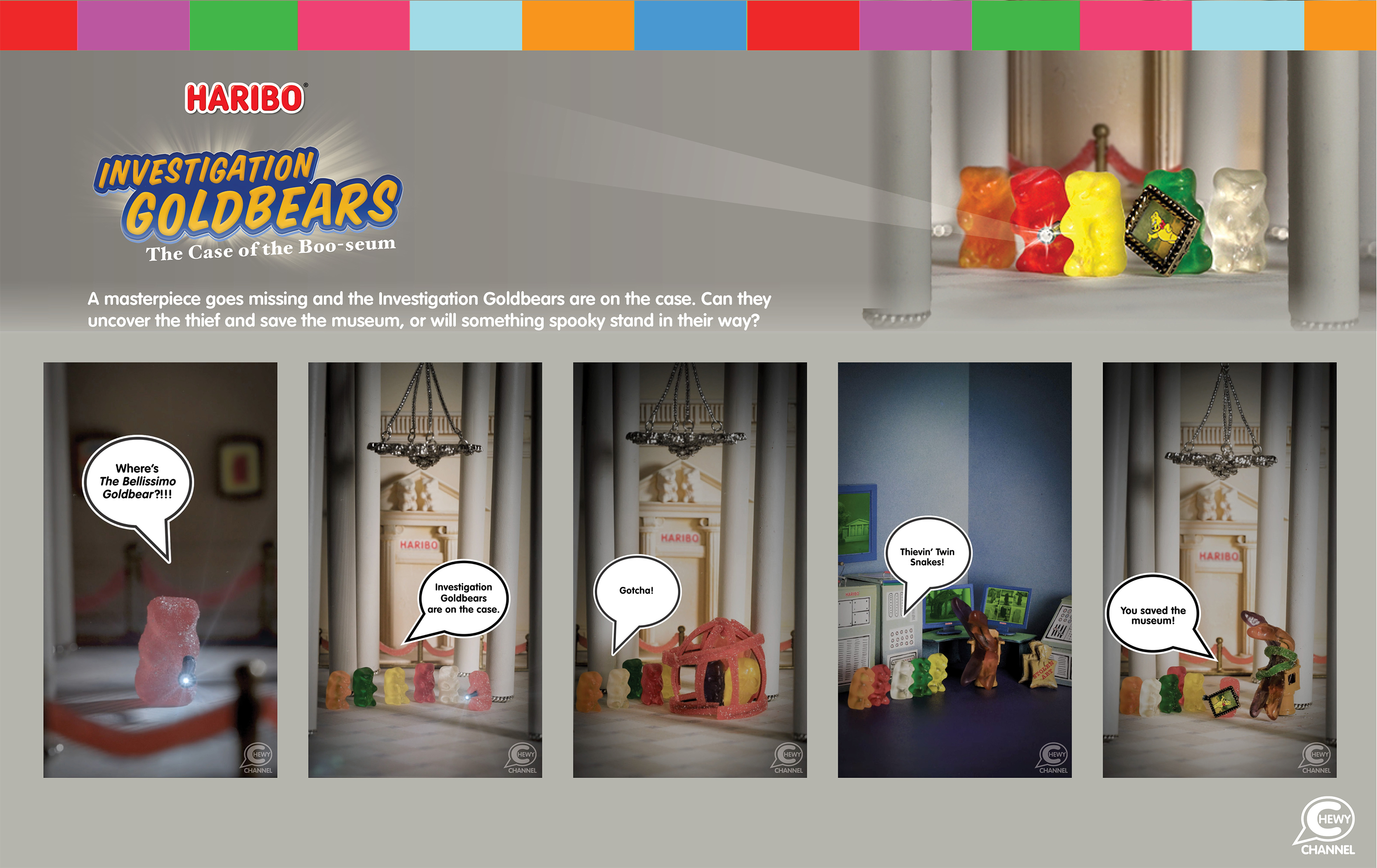 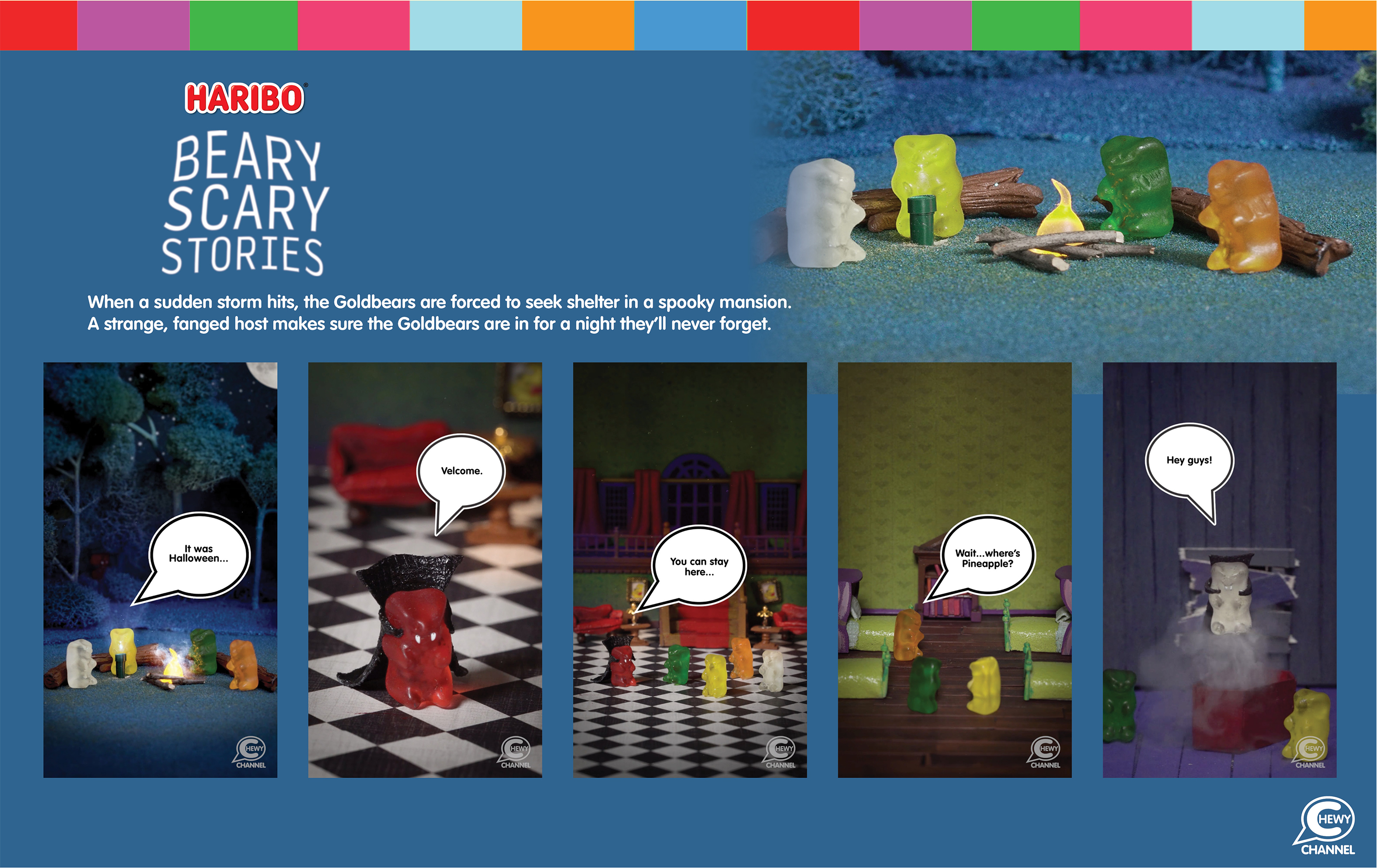