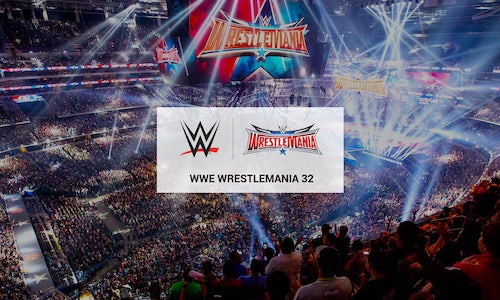 WWE WrestleMania is the premiere annual event for World Wrestling Entertainment (WWE), bringing hundreds of thousands of the WWE Universe – our worldwide fans – to our host city to celebrate the culmination of WWE's storylines at our largest, grandest showcase of the year.

WWE WrestleMania 32, held April 2, 2016, was the most attended event in WWE history, packing in 101,763 fans into AT&T Stadium in Arlington, Texas, seen live by a company-record audience worldwide via pay-per-view and WWE Network, WWE's OTT streaming and on-demand network.

With the potential of a record-breaking crowd at our flagship event, our goals of WWE's WrestleMania 32 social and digital campaign were:

With such a massive event taking place, WWE's Social Team incorporated a five-man team of social media producers and managers on the ground in Dallas, working alongside WWE.com's content editors and video producers, to gather, curate and disseminate social media assets from WrestleMania Week events.

Back at WWE world headquarters in Stamford, Conn., a team of six social media editors took the content provided by the producers on the ground, and redistributed their photo and video assets across more than 200 WWE Superstar and WWE-branded social media accounts across 10 different platforms – Facebook, Twitter, Instagram, Snapchat, Vine, YouTube, Pheed, Tumblr, Google+ and Pinterest.

The HQ team of social media editors utilized SnappyTV to grab live highlights and GIFs of the WrestleMania Week event broadcasts, and share them instantly to Facebook, Vine and Twitter.

With its digital and social media initiatives for WrestleMania Week, WWE provided fans with unprecedented access to WWE Superstars and more WWE content than ever before, with special features and exclusives from WWE's partners in entertainment and our event partners in Dallas. These included:.

WRESTLEMANIA KICKOFF SHOW: Before WrestleMania's start, a live 2-hour Kickoff Pre-Show was live-streamed across social media and WWE Network, along with the final hour broadcast on USA Network. Exclusive matches were held during the pre-show, as well as analysis and match previews for all of WrestleMania's championship and rivalry matches.

#FREEWrestleMania: With WWE Network offering a free 30-day trial to all new subscribers, a campaign to promote the hashtag #FreeWrestleMania was launched across social media, kicked off by The Rock, showing potential subscribers they could watch all of WrestleMania Week's events at no cost.

BACKSTAGE POST-MATCH INTERVIEWS: Distributed via social media, our digital media team was waiting to get post-match reaction from WWE Superstars and celebrities, such as NBA Hall of Famer Shaquille O'Neal, who participated in the Andre The Giant Memorial Battle Royal.

INFLUENCER PROMOTION: WrestleMania is a pop-culture extravaganza. Celebrities from all walks of music, television, movies and more participated in WrestleMania Week events and were in attendance at WrestleMania itself, sharing their experiences with their large social media followings.

WrestleMania 32 was the most social event in WWE history, according to Nielsen Social, with 2.5 million mentions on Twitter throughout the day and 1.3 million mentions during the broadcast alone, an increase of 50 percent and 18 percent year-over-year, respectively. WrestleMania 32 garnered a record 10.9 million social media fan engagements, up 19% from the prior year.

WWE Network, reached a record 1.82 million total subscribers following WrestleMania 32. This is a 39% increase from March 30, 2015, the day after WrestleMania last year.

WrestleMania 32 generated $170.4 million in economic impact for the Dallas/Arlington region this past April, according to a study conducted by the Enigma Research Corporation. This marks a new record for WrestleMania's economic impact. 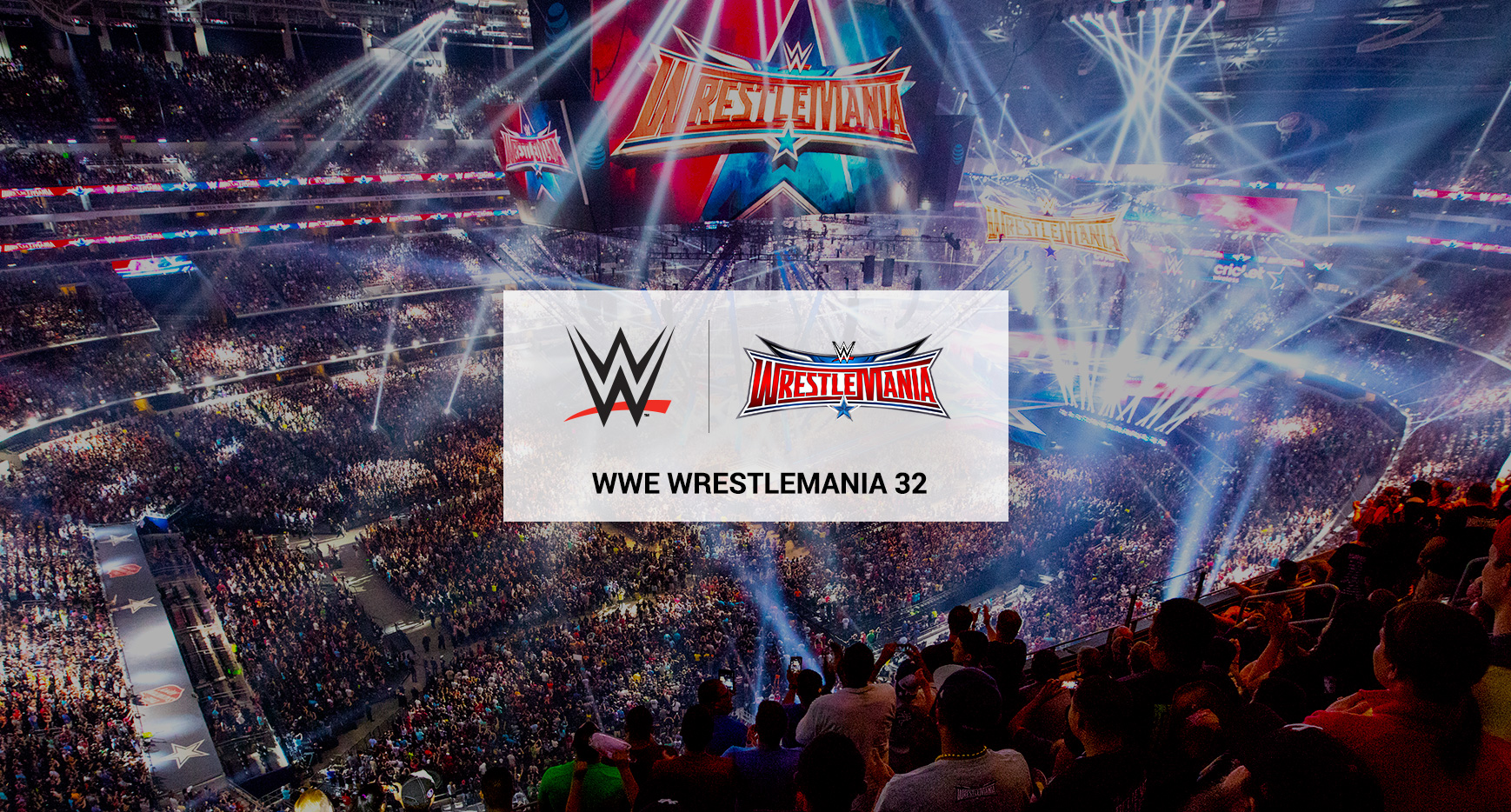 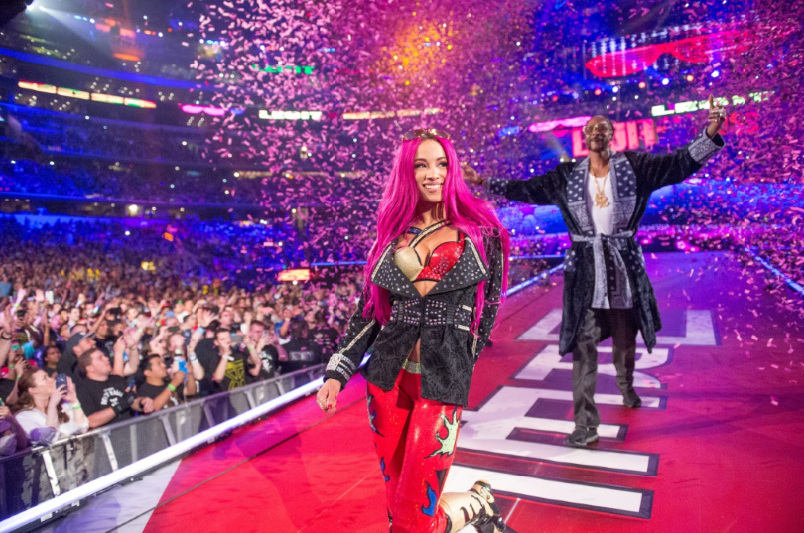 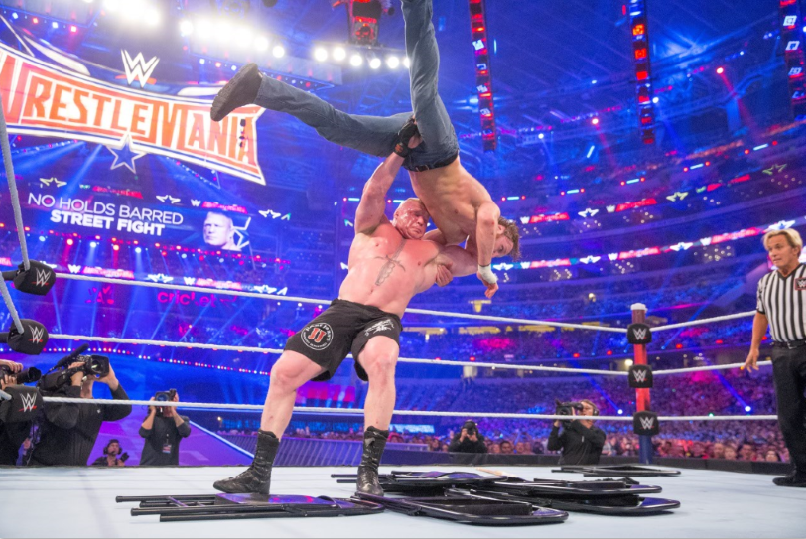 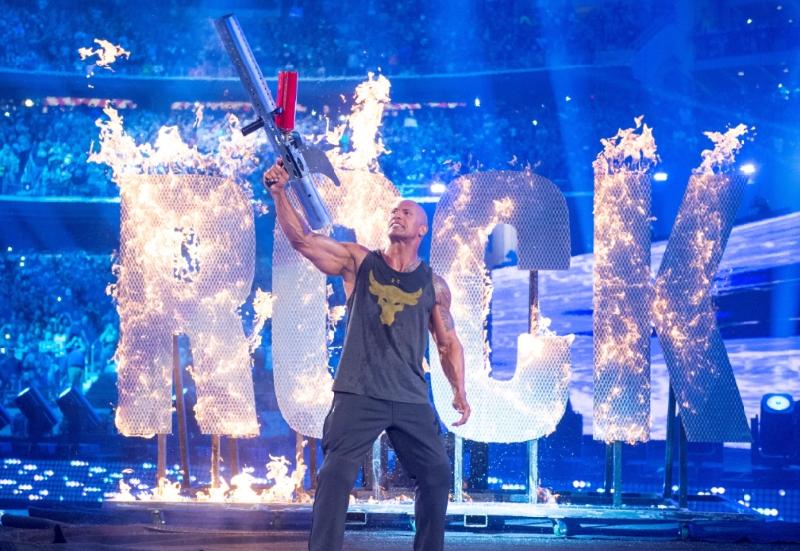 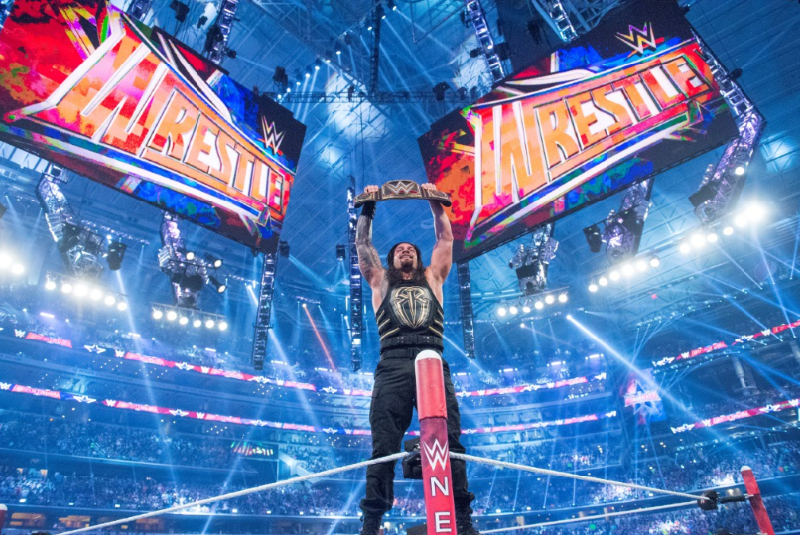