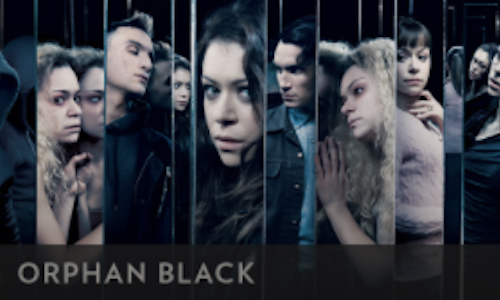 2016 marked a momentous year for Orphan Black fans with a 4th Season, an announcement that Season 5 would be the last for the series, and Tatiana Maslany winning a much deserved Emmy.

For the past 4 years CloneClub have shaped their identity, rallied support for Tatiana Maslany with the hashtag '#EmmyForMaslany', produced incredible fan work, and forged lasting bonds (some have even gotten married!) because they love Orphan Black. For this reason, our objective was to honor the devotion, energy, and boundless creativity of our fans, while ensuring yet another successful season. To achieve this we needed to create value for both the brand and for CloneClub.

This year was all about celebrating the Orphan Black family - the cast, the creators and CloneClub. We embarked on a fan centric approach, to connect with fans and reach new audiences.

Orphan Black is a show for fans and we wanted them to be a bigger part of Season 4 than ever before, so we invited CloneClub to design the Season 4 Poster. We hosted a contest, receiving over a thousand incredible entries and the winner's work was used in print ads and displayed in Times Square.

Tatiana Maslany truly gives the greatest performance on television in this show and for three entire years, fans tenaciously tweeted #EmmyForMaslany in support. A snub and a nomination in the past, this year would be different― we'd make sure of it. We lead an #EmmyForMaslany campaign far ahead of the nominations, igniting fans to rally together. This culminated to eventizing the biggest night in Orphan Black history and we celebrated with our fans, with a blown out social party and custom content.

Throughout the year, we had a focused tentpole-driven approach. We gathered CloneClub for the Orphan Black panel at San Diego Comic-Con, filling a room of over 2,000 and brought fans along with us - going behind-the-scenes with talent and livetweeting interviews and panels to bring Comic-Con to all fans through social. We sold out a panel at 92Y, again, creating an immersive experience for fans on social with exclusive access to talent behind the scenes.

Inclusivity is a major theme of Orphan Black and a pillar of the fandom. We eventized each episode with live social support across Twitter, Tumblr, and Instagram, taking our social fans on a wild emotional trip each week.

CloneClub make a family. We embarked on a broad catch-up campaign that encouraged fans to watch with their friends and family.. We created an exciting social urgency campaign that aligned custom GIF character portraits and unique episodic teaser posters. For the first time ever, we live Snapchatted the Season Finale to give our fans a new social viewing experience.

Social continues to unify the Orphan Black family and has created deep relationships between talent, creators, and fans. We had talent engage in bold ways, livetweeting weekly episodes and hyping twists that Delphine was alive - with Evelyne Brochu tweeting upon her return. We gave fans access to talent, we amplified our fans' amazing artwork, cosplay, and for the fourth year, we rallied talent for a #ThankYouCloneClub campaign, creating original content to thank fans for tuning in this season.

Orphan Black boasted bigger than ever before social conversation due to tentpoles, fan activations, and an emotional 4th Season― Orphan Black social quite literally "broke the Internet," as stated by Entertainment Weekly. Tatiana Maslany's Lead Actress Emmy win set off an explosion on social media, ranking Orphan Black as the #1 most viral and most engaging program on Emmys night.

This year marked our largest volume of conversation to-date, with 5.43M mentions, up +138% (3.15M) as compared to 2015. Orphan Black was BBC America's most watched original series of 2016 across all key demographics, and lead to BBC America being:

Orphan Black gained 344K new fans, increasing by over 35% in 2016. Our content garnered 6.3M engagements, and we successfully grew our average post engagement from last year by 22%.

On Emmy's night, Orphan Black ranked both the #1 most viral program, eliciting 63K shares, and the #1 most engaging program, with 650K engagements, tracking 205% ahead of Game of Thrones, the second most engaging program. The next day, Orphan Black handles saw their largest fan gain ever, 11,699― over double the Season 4 premiere (5,570). Searches for Orphan Black skyrocketed to 36.6K the day after the Emmys― over 6 times greater than the 2016 daily average. 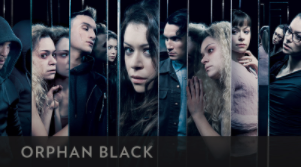 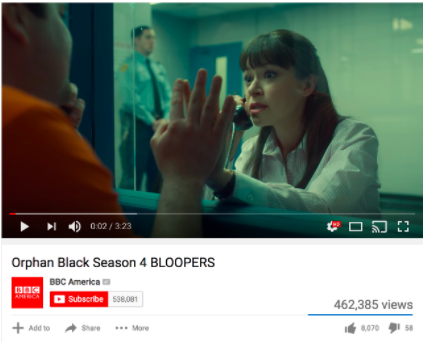 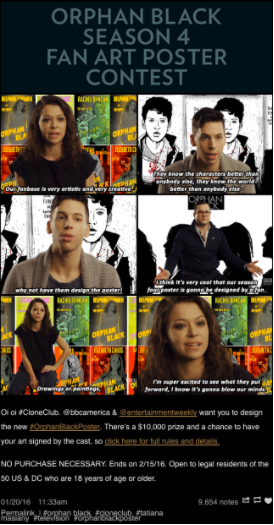 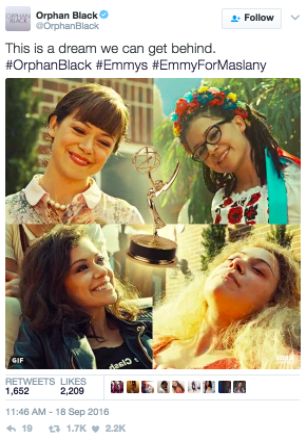 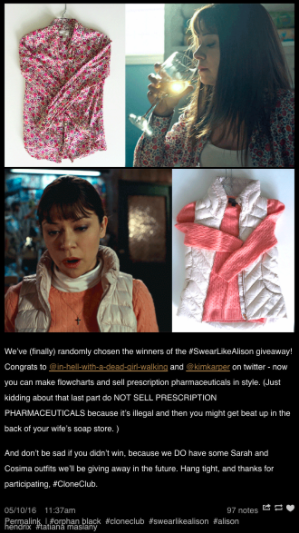