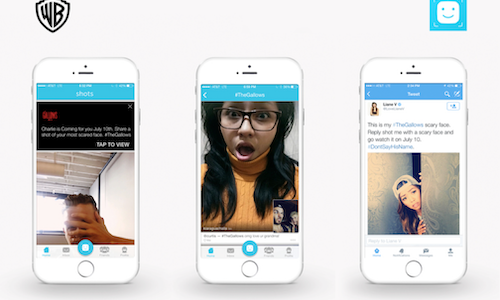 Entered in Photography and Graphics

For the release of the film THE GALLOWS, Warner Bros wanted to gain attention and engagement from teens and young adults. The film is a found-footage, supernatural horror story that covers the lives, and unfortunate deaths, of a group of high school students spanning 20 years. With limited pre-existing brand awareness, the challenge was creating an experience that this elusive audience would find both exciting and authentic, while encouraging them to buy tickets to the film.

During the research phase, it was discovered that over 90 million selfies are taken per day; with the largest percentage coming from our target audience. For the film's release, OMD's Ignition Factory developed and managed a partnership between Warner Bros and SHOTS, a new social media app designed strictly for taking and sharing selfies. Taking it a step further, the app also allows for photo responses, creating long threads of selfie-induced dialogue. However, discovering a way to make the selfie, less about self, and more about community, meant that we needed to bridge the gap between the two ideals. For the program, users were encouraged to take pictures of their best scared faces and share with the community. Meanwhile, custom title cards created additional brand awareness, and social influencers eagerly participated in the program.

Over the course of a week, seven top young social media influencers made their funniest, ugliest, saddest, most horrified, scary faces within the app – often in scenic locations - and shared across other social media platforms… and the community followed suit. Within the first week, THE GALLOWS in-app title card received 6 Million views, 660,000 clicks. More than 1,000 selfies were submitted by the community (which also included organic participation from celebrities like Justin Bieber), generating 8.8 million+ views, and more than 800,000 likes. The film, which cost only $100K to produce, opened to a $10 million box office weekend, and has grossed over $30 million domestically, placing it in the top 20 films of all time in its genre. Meanwhile, during the campaign, the Shots app also increased its daily active users by 11%. 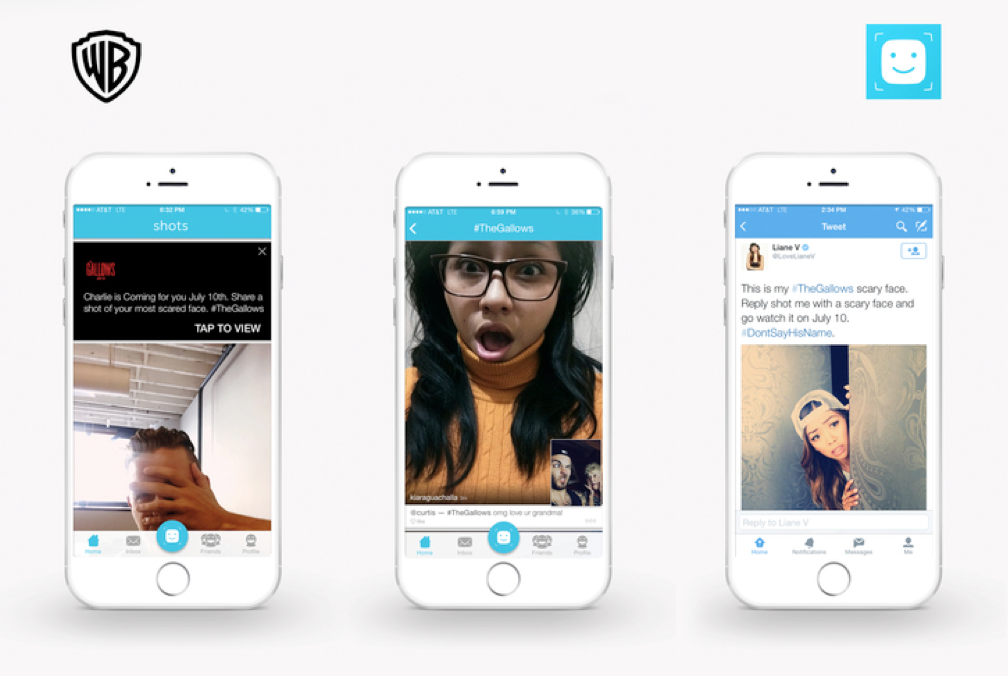