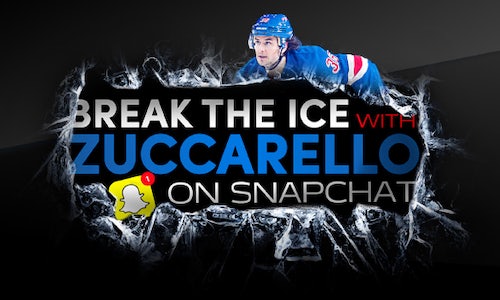 Pepsi Max Norway has a digital sponsorship deal with New York Rangers player Mats Zuccarello and wanted to use this to strengthen their relationship with potential and existing fans.

Zuccarello is one of Norway's most famous and popular sports stars, yet he is a very private person and fans know very little about him. Therefore, giving fans a glimpse of his life in New York would be both intriguing and entertaining for many young Norwegians.

Combining this fact with Snapchat as channel, which is all about showing small short moments of one's private life, was a great strategy.

Instead of fighting for the target group's attention, we tried a reverse strategy - let them fight for ours! The campaign was named "Break the ice with Zuccarello"

Zuccarello got his own Snapchat account, and we invited fans to add him as a friend. They received snaps from the star, and through the snaps got invited into his exclusive life in New York. The audience's challenge was to send a snap to Zuccarello and try to catch his attention. The lucky one who broke the ice with the star, got a personal snap response from him inviting the winner to New York to meet the man himself.

By combining one of Norway's most famous sports celebrities with an innovative twist on the traditional Golden Ticket-mechanic, Pepsi Max succeeded to talk to their young and demanding audience, on a new channel in a way that created huge engagement. Moreover, they succeeded in using their ambassador Zuccarello in an unique way that is both relevant to the channel and to the recipients.

The campaign was only communicated on Facebook via content and targeted personalized ads, in addition to Snapchat and pepsimax.no

The campaign only ran for 10 days in Norway which is a country of only 5 million people.

Zuccarangers36 got 11,000+ followers on Snapchat. These were also encouraged to follow PepsiMaxNorge, who gave daily tips on how to break the ice.

PepsiMaxNorge got 11,000+ followers on Snapchat

The audience sent 4000 snaps to Zuccarello.

Zuccarello's snaps had a total of 240,000 impressions.

The snaps pushed on Facebook got more than 124,000 likes, shares and comments.

These results meant that this campaign was the most successful Snapchat campaign in Europe at launch time.

Video for Pepsi Max - Break the ice with Zuccarello 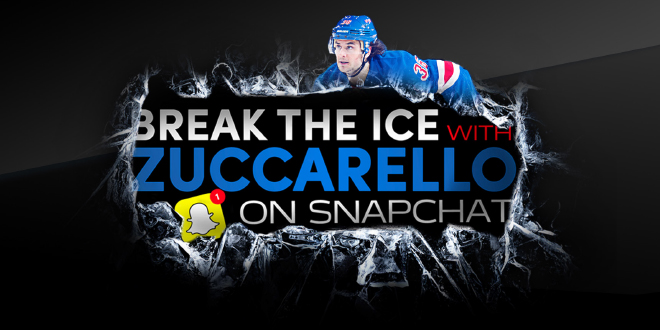