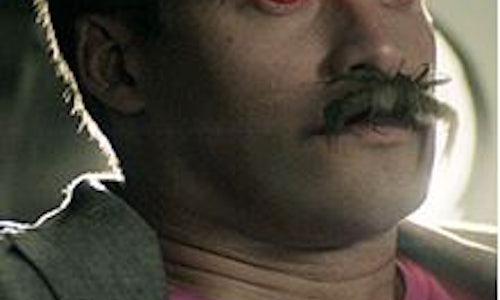 "The Power Inside", presented by Intel + Toshiba, is a social film that tells the story of the invasion of an alien species called Uricks that are disguised as moustaches (or unibrows). They look like facial hair and attach to your upper lip or eyebrows to control your mind. The film's protagonist, Neil, must look inside himself to defeat the invaders and save the world from destruction. The film is directed by Will Speck and Josh Gordon (“Blades of Glory" and “The Switch"), starring Harvey Keitel (“Reservoir Dogs"), Craig Roberts (“Submarine"), Analeigh Tipton (“Crazy, Stupid, Love"), Reid Ewing (“Modern Family") Zack Pearlman (“The Inbetweeners"), and the audience. During the invasion, the audience is given a choice to join the fight and take a side – Guardians or Uricks– who will save the earth, or destroy it. To join the team and potentially be featured in the film, people are invited to upload a photo from their computer webcam to the film's Facebook page. The facial recognition software will add a moustache or unibrow. Viewers can also upload videos of themselves removing a moustache to join the Guardian team, with the videos having the potential to be incorporated into the social film episodes. Fans could also choose to interact with the films main characters on Facebook (https://www.facebook.com/insidefilms) or follow on Twitter (@insidefilms) "The Power Inside" from Intel + Toshiba brings blockbuster-quality entertainment to social media where viewers can join the fight against a plague of killer moustaches and be featured in the film, or submit to the extra-terrestrial facefuzz and abandon humanity's last line of defense. 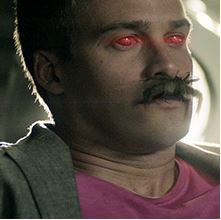