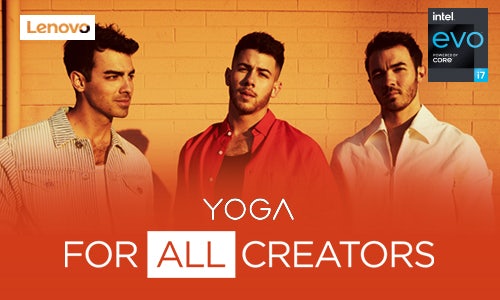 Lenovo Yoga, Intel Evo Platform, and Universal Music Group set out to build a more meaningful connection with consumers. Utilizing the unifying and inspirational power of music and artists to continue to develop Lenovo Yoga as an aspirational lifestyle brand. Establishing top of mind awareness and building brand loyalty. To amplify Lenovo’s values and become part of the pop-cultural conversation; we launched a three-phase campaign to connect with consumers on an authentic and relevant level.

Despite culture shutting down on an unprecedented scale with major events cancelled -Lenovo decided to create a purposeful moment in music and bring to life their ‘smarter’ technology boldly and authentically through a virtual, interactive pop-cultural campaign. To continue to drive brand awareness and consideration, we built a bespoke framework that positioned the Yoga and the new Intel Evo platform as an integral part of the artist’s creative process, helping elevate their passions in music and beyond. One that offered fans and like-minded consumers creative control and inspiring open-ended narratives that drive inclusivity, promise, and empowerment to achieve an emotional value.

Platinum recording artists, Jonas Brothers, teamed up with Lenovo Yoga and Intel Evo to bring fans an opportunity to submit creative designs to help bring their first-ever interactive performance experience to life. The For All Creators program sparked joy during the pandemic, enlisted the creative imagination of fans, and celebrated creators.

Lenovo Yoga excited and captivated consumers' attention with the announcement of their North American partnership with Jonas Brothers, through a press release and exclusive article by the influential music media brand, Billboard. For All Creators offered creative go-getters the opportunity to develop, connect and co-create on the promotion and production of their first-ever interactive performance experience.

Reaching key executives, tastemakers and music fans around the world, the Jonas Brothers said, “The Lenovo partnership is a way for us to work with them on a new level, as they will have direct input into an upcoming immersive experience – from helping design merchandise, to curating our setlist.”

We then inspired creators across North America with influencers authentically showcasing their original submissions on the Yoga 9 products. They highlighted key product features and engaged their creative communities to heighten campaign awareness and increase contest participation. Universal Music Group tapped into their 1824 college influencer network, and respected digital creator, Bre Gotham, shared her skills on the Lenovo Yoga, highlighting it’s “exceptional experience, anywhere” creative power on her social channels. Influencer content was then amplified through paid media and Lenovo channels.

Fans were quick to answer the call to create and be part of the action. Creators flooded the campaign microsite LenovoYogaCreatorsContest.com to submit their original artwork ahead of the Dec. 3 event that could be selected as the official designs for the limited-edition concert poster, performance visuals and charitable merchandise. Contest winners not only had the honor of their work being chosen by the Jonas Brothers, they also won an intimate, virtual meet and greet with the band, bringing them closer than ever before.

Throughout the contest, original Jonas Brothers content provided a sneak peek into the performance on social media and kept fans engaged. Behind the scenes videos highlighted the Yoga’s integral role in the production process, and how technology and creativity go hand-in-hand.

Knowing that today’s consumers care about furthering their communities, winning designs of charitable merchandise were sold during and after the performance with proceeds benefiting Feeding America. While the program was focused on North America, fans from all over the world donated to the cause.

The at home performance gave fans a virtual front row seat in the interactive show. The event kicked off with a professional sketch artist bringing the Jonas Brothers to life on stage through the Yoga 9. During the show, fans had access to QR codes leading to more information about the Yoga and Intel Evo. Viewers also unlocked an augmented reality digital memento to share on their social platforms, voted on the setlist via live comments, and used hashtags to trigger real visual effects and an encore. Winning designs were showcased during the encore and enticed fans to “scream” for more music in the live chat.

Finally, a documentary-style wrap up video and performance medley were shared on social platforms after the show, and fans could re-live the unique experience over and over, all amplified with a robust social and media plan.

Not only was this program a bright spot during a pandemic, giving fans something to look forward to, but Lenovo Yoga and Intel Evo were able to create a unique branded program to drive awareness and consideration. The program over-delivered on multiple benchmarks and engaged audiences. 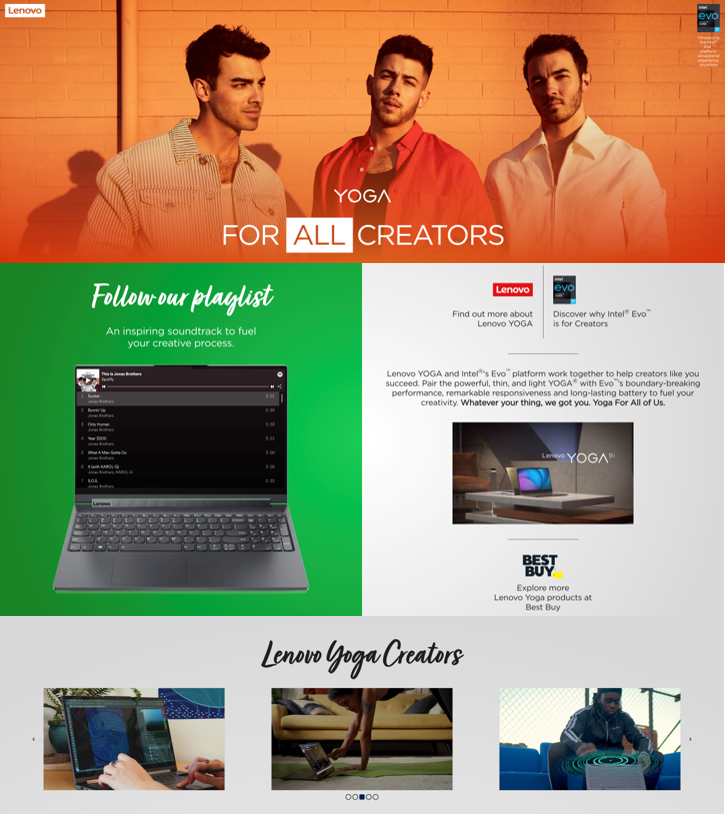 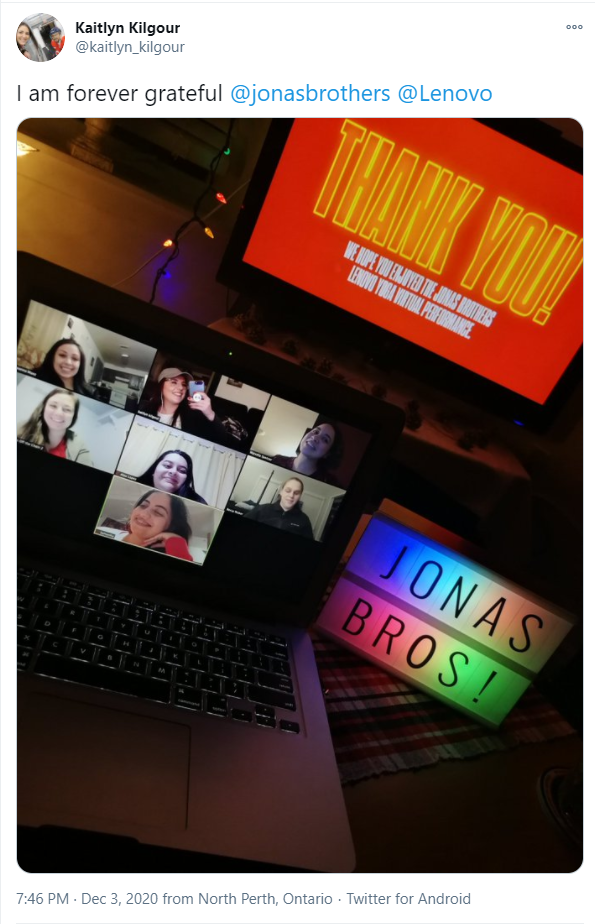 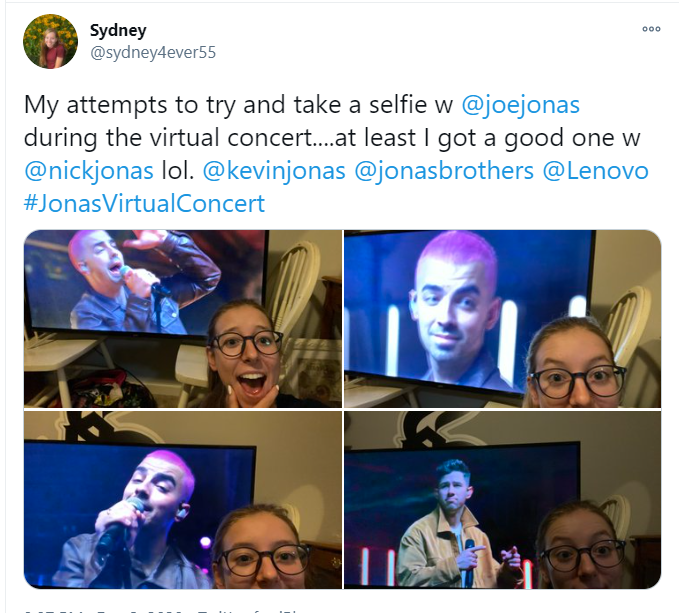 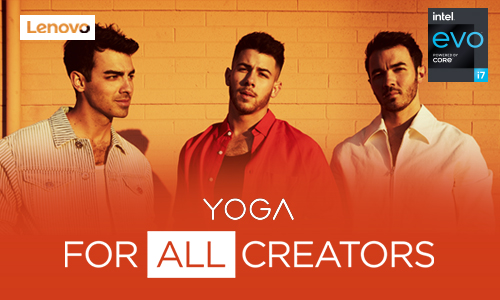