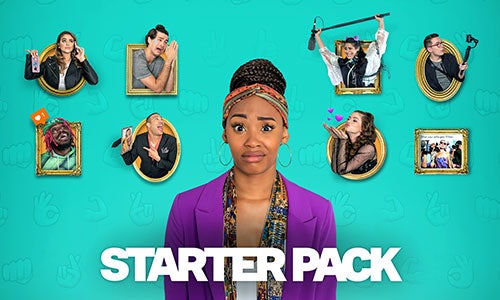 Millennials do not want your ads.

They block them. Skip them. And should they accidentally see one, 84% say they don't like or trust them.

Which is why when AT&T tasked us with driving relevancy with Millennial consumers, we knew traditional ads weren't going to cut it. We needed to create something that added enough value to a young consumer's day that they would both seek it out and trust it.

So we introduced the world to "Starter Pack"—the first ever branded Facebook Watch series.

Hailed by the New York Times as one of the top six shows on the emerging platform, our weird workplace comedy pioneered a new kind of multi-platform brand storytelling—one that fostered meaningful connection between AT&T and millennial audiences, both online and IRL.

Though Millennials get a bad reputation of being "spoiled," recent studies have shown that they work longer hours, take less vacation, and are more likely to identify as "work martyrs" than any other generation. Simultaneously, Millennials spend over 200 minutes online every day.

So, when AT&T tasked us with creating branded entertainment for this overworked generation, we decided to make a show that lived where they spend their breaks—social media.

Enter, Starter Pack—a workplace comedy that follows Ayana (played by creator Jasmine Luv) as she heads to yet another museum job interview where she will likely be deemed "under qualified." When she becomes flustered mid-interview and makes an off-hand mocking comment about the idea of a Meme Museum, the PR team decide that's exactly the kind of event and publicity they need to become relevant in the art world again and hires her to bring this vision to life. With her dream job on the line, Ayana is determined to find "art" in the medium she previously deemed "the scum of the Internet."

Spoiler alert: there are a lot of memes involved. Because it's hard to remember life before memes dominated our newsfeeds.

Each week, we dropped our episodes at a time when working-Millennials reported most needed a breather from work---Monday afternoons. Designed to be consumed on the emerging platform of Facebook Watch, "Starter Pack" utilized colorful animation to attract attention on the feed. In addition to episodes, characters came to life with their own social media accounts on Instagram. Daily short-form videos from the ensemble creator cast followed Ayana's hero journey from a range of perspectives over the course of the show's eight-week flight. Fans could also connect with the show through a Facebook Private Group hosted by one of the story's characters.

In order to drive organic audience, we cast social media influencers and meme artists and had them promote the show on their own channels. We also worked with internet creators and meme artists on the development of the overall story, ensuring that the artists were not only credited for their work, but compensated for blessing the Internet with more LOLs. The end result is a digital series that celebrates the weirdness of Internet culture and where experimental social storytelling came to life.

And to end our story? We sent out a Facebook invite to a pop-up museum where fans could mingle with all their favorite characters. Because if there's one thing we know Millennials love, it's an irreverent (and exclusive) photo opp.

In total, the first season of "Starter Pack" featured eight main episodes and 26 mockumentary episodes on Facebook Watch. Fans, at first, were slightly confused about Facebook Watch, but with a little bit of education we were able to garner 72 million views. In fact, the show's retention pacing was above the industry average. Average time spent viewing episodes surpassed that from results in the marketplace by 52% and those viewers were more likely to consider AT&T relevant to their generation.

To conclude the "Starter Pack" experience, we launched Log On: The Internet Experience, a two-day immersive pop-up museum for fans IRL. Over the course of the weekend, attendees got to experience iconic Internet installments that were larger than life resulting in an additional 1.5+ million impressions and 879k+ content views.

"Starter Pack" was able to pioneer branded content on an entirely new platform. Sure, it wasn't always easy, but you know you've done something right when the New York Times calls out your show as one of Facebook Watch's "best scripted originals," helping the platform become a competitive streaming alternative. 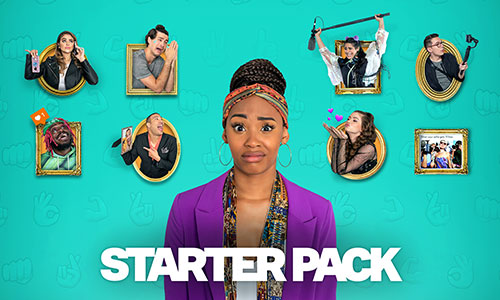