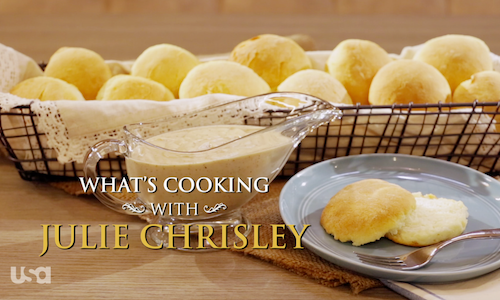 What's Cooking With Julie Chrisley is a 10-part video series hosted by Julie Chrisley, star of the hit USA Network show, Chrisley Knows Best and passionate chef who has been cooking three meals a day for her family for the past twenty years. In this video series, America's favorite matriarch invites fans into her kitchen as she whips up some of her favorite family recipes. From homecooked Biscuits & Gravy to a decadent French Toast Casserole, Julie's recipes blend her southern roots and family traditions with modern culinary trends, creating food that comforts the heart and feeds the soul. This video series was created first and foremost for the fans of Chrisley Knows Best, to dish out exactly what they want—more Chrisley! – while also serving as another entry point into the on-air series for new fans.

In each episode, Julie cooks one of her favorite family recipes, helping fans bring some Chrisley flavor into their kitchens with step-by-step tutorials and useful cooking tips for each dish. As Julie shares her treasured recipes, she recounts the personal stories and family memories that each one calls to mind; whether it's the Carrot Cake Julie baked for her husband Todd when they began dating, or the Lemon Ricotta Pancakes Julie makes with her granddaughter every Sunday morning, each dish has a unique place in Julie's heart and is a part of the Chrisley family tradition.

In every episode, Julie is joined by a special guest—either a friend or family member—who helps Julie prepare (and taste-test!) her delicious creations. Whether joined by her husband Todd, who doesn't like to get his hands dirty, or Nanny Faye, who is always serving up no-nonsense realness, as the food heats up…so do the antics. As a result, each snack-sized video offers a slice-of-life glimpse into the Chrisley household and feels like an extended scene straight out of Chrisley Knows Best… but with a delicious, culinary twist! Watching the video series, fans can experience the warmth and heart of the Chrisley home and can genuinely feel like they're hanging out in Julie's kitchen.

USA Network strategically launched this web series while Chrisley Knows Best was on-air, to capitalize on the traffic and attention the show was getting across multiple platforms. The web series was launched in its entirety on a custom landing page on USANetwork.com, which also provided a gallery of recipe cards that fans could share or save for future reference. The episodes were also made available as short form on VOD and on the Chrisley Knows Best YouTube channel. The web series was promoted on-air with a custom promo and snipes as well as extensively on social media using custom video content, GIFs and exclusive BTS photography.

What's Cooking With Julie Chrisley has become the most watched feature on USANetwork.com's Chrisley Knows Best page, helping USANetwork.com reach its best 4Q17 ever in terms of uniques, visits and video streams. The series on YouTube has also earned impressive engagement right from the start; generating 6x the engagement rate of the Chrisley Knows Best channel. Fans have devoured the series, shared the videos, tested Julie's recipes in their own homes and now they're asking for seconds! And who can blame them? There's always something fun—and delicious—cooking with Julie Chrisley. 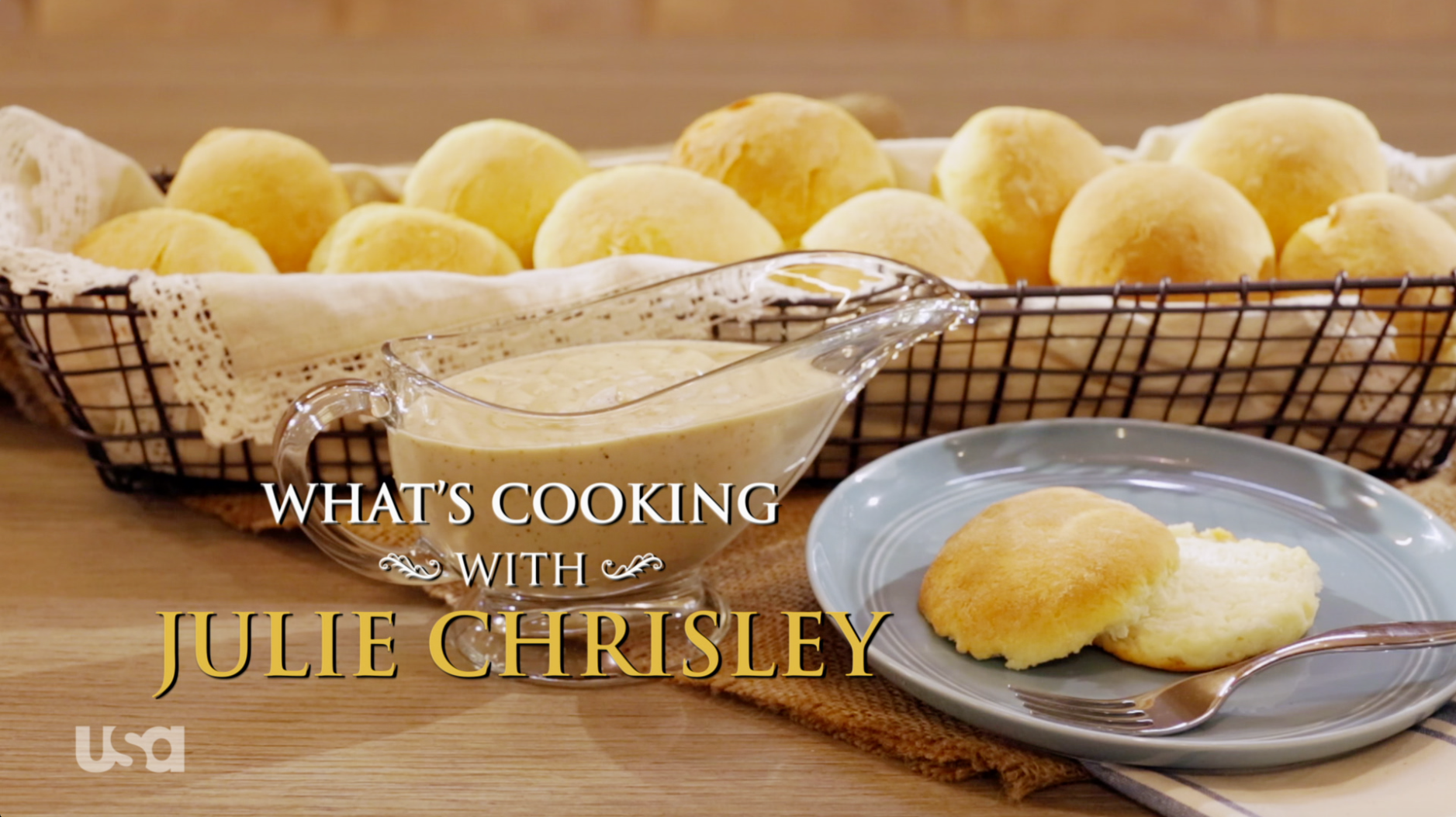