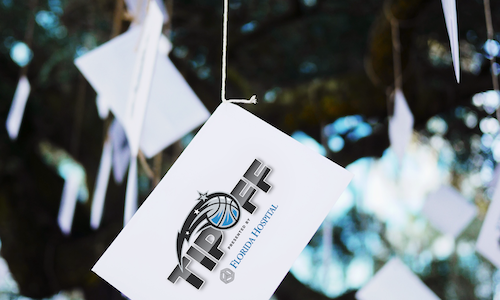 The Orlando Magic wanted to "Tip Off" the 2017-18 season by engaging fans of all ages and demographics throughout Central Florida and capturing every moment on social media for fans to share.

Partnering with Florida Hospital, a leading hospital in medical research and innovation, the Magic included a special co-branded Florida Hospital Tip Off logo in each social media post to promote and communicate the campaign. Numerous events were planned throughout the various communities of Central Florida for the month of September and October, resulting in tremendous success on all social media platforms.

There were three core elements of the strategy: (1) Ticket giveaways, (2) Arts and Entertainment festival integration, and (3) Behind the Scenes Basketball content.

Wanting to reach various areas of Central Florida, the Magic implemented "Ticket Trees" across the east, west, and central areas of Orlando. At these Ticket Trees, fans could take a photo and post it to social media using the hashtag #PureMagic and receive the opportunity to select a hanging envelope containing a prize from the tree. In addition to regular season games, lucky fans had the chance to win a pair of hidden tickets to see the Magic play in high profile games against the Cleveland Cavaliers, Golden State Warriors and Miami Heat, as well as one roundtrip ticket for any domestic flight on Southwest Airlines—another key team partner. This was a very influential element of the marketing strategy, leveraging fan accounts to promote each event and giveaways. The Magic shared a recap video capturing the excitement during all three Ticket Tree initiatives, as well as the reactions of those lucky fans that received a special ticket.

The Magic also participated in IMMERSE, an annual event that takes place in Downtown Orlando, and involves performances and showcases from local Central Florida artists. IMMERSE 2017 featured 1,000 artists and performers on the streets of Downtown Orlando, and the Magic looked to help attract families with children and sports fans to the event. The Magic were the presenting sponsor, and coordinated with the designers of IMMERSE to create an interactive basketball display for the attendees. The team had the ability to preview the event at a preseason game by placing one of the interactive displays at Fan Fest, a pregame festival that is placed outside of the Amway Center. Families and children threw basketballs at an interactive display, and watched as smoke, sounds and colors flashed in response. In addition to the interactive displays during IMMERSE, the Magic scheduled three shows that included performances from the Orlando Magic Dancers, Magic Flight Crew, Rhythm 'n' Blue Drumline, STUFF and other popular halftime performers. The Rhythm 'n' Blue Drumline towered over Orange Avenue performing on 46-foot tall scaffolding castle, while the Flight Team wowed the crowd with their high flying, acrobatic dunks just down the block. Each show had hundreds of viewers in the audience, and was extremely well received. IMMERSE included a significant social media effort, resulting in 189K impressions and reaching more than 115K individuals.

Finally, the video team captured moments from training camp to give fans a behind the scenes look at the team's preparation for the upcoming season. The five videos that were posted had an average of 446,691 views per video, a significant increase compared to previous posts. These high-quality videos were a critical component in the Tip Off campaign, strategically posted on Facebook, while driving fans to visit the page via Twitter and Instagram. This amounted in huge growth for the Magic on social media.

The results of the Tip Off campaign were extremely strong. Collaborating with Florida Hospital, the Magic participated in and hosted incredible events that brought together all parts of the Central Florida community, exciting fans for the start of the new season.

Through this effort, the organization saw an incredible jump in social media statistics, an increase of 1,500 followers on Facebook and 1,486 on Twitter, as well as 6.1 million additional impressions across all platforms. 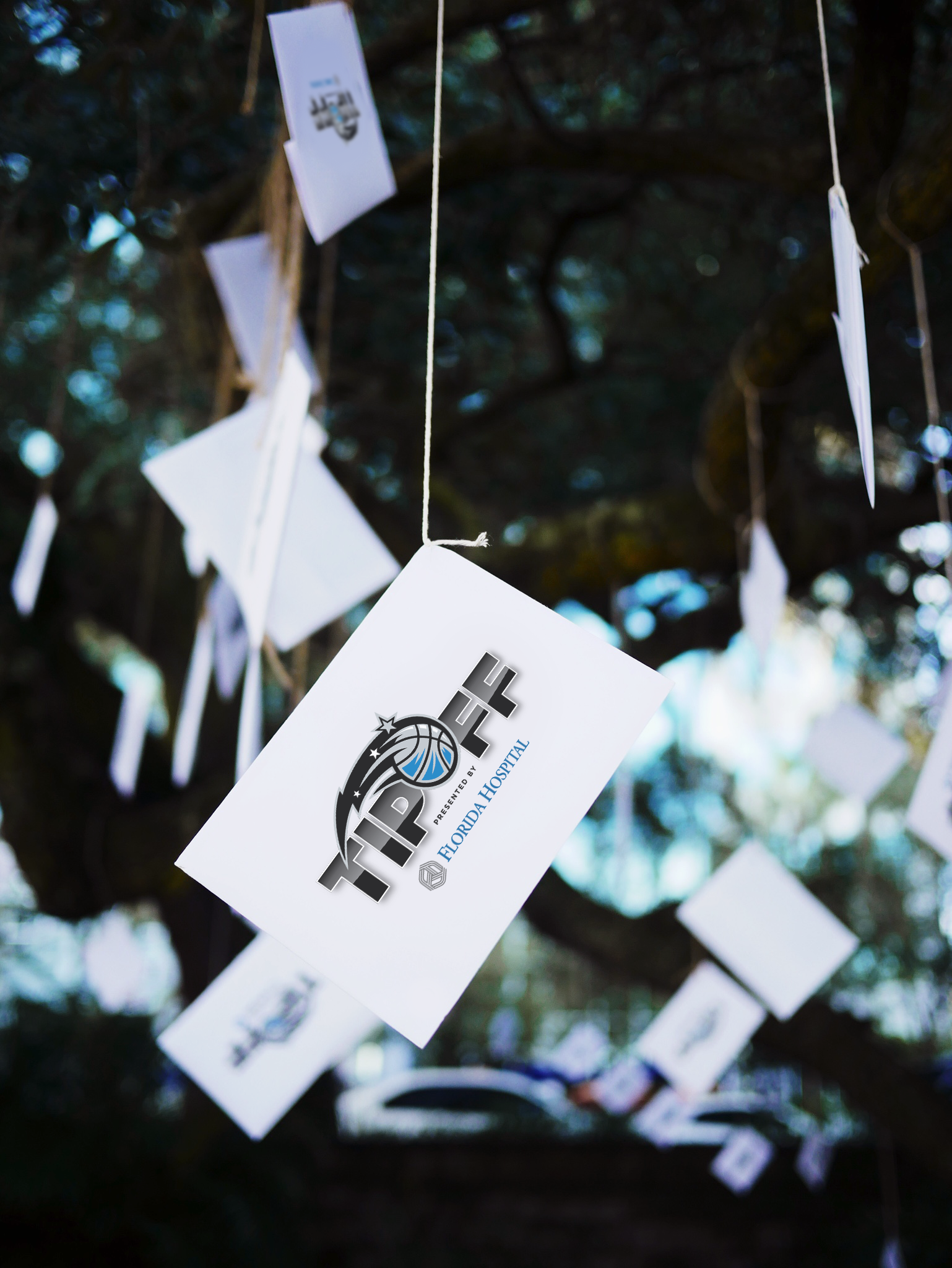