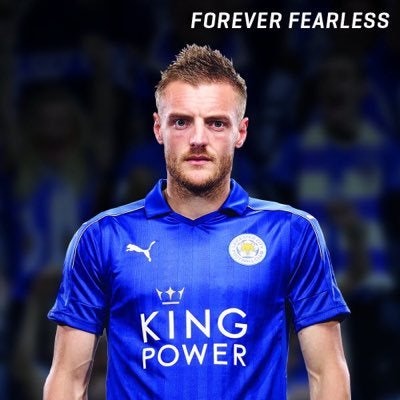 As the title of his 2016 book says, Jamie Vardy came From Nowhere to become a wildly successful British football star. Released from his childhood team at 16, Jamie started on a true outsider’s path to glory. After years of proving himself on small-time teams, Jamie became striker for Leicester City Football Club and the national team of England. With a story like that, so it’s no wonder that Jamie has gained such incredible fandom, especially after setting records like scoring in 11 consecutive matches and overcoming huge odds to lead Leicester City to a championship in the 2015-2016 Premier League season. With hundreds of thousands of followers on both Twitter and Instagram, Jamie is a star both on and off the field.