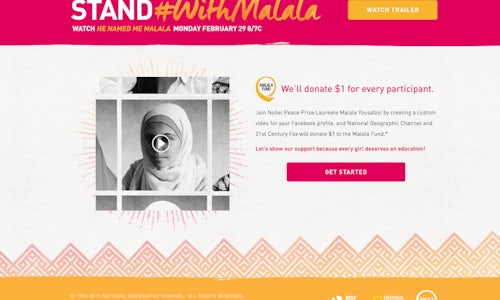 The National Geographic Channel wanted to drive viewership for their airing of He Named Me Malala and raise awareness for the Malala Fund organization and its cause – ensuring girls around the world have access to 12 years of education.

To achieve this, we used a familiar symbol of academic achievement – the yearbook – to make an unthinkable global issue relatable to an American audience.

Facebook was fundamental to the success of our campaign, as we launched the first branded effort that utilized its (Profile) Video Avatar functionality.

By giving Facebook users an easy tool that turns social media pictures into a social stance (in the form of a video), we were able to spread our campaign messaging. But perhaps more importantly, Facebook's inherent features, supported by our sponsored posts, helped people easily understand what we're trying to convey, and inspired them to take action. The result was a smooth campaign implementation that went far and beyond what our clients or we could have imagined.

To create and build social awareness, we developed a custom tool for users to create a personalized video where all the girls disappear from their yearbook page, one by one.

Additionally, we allowed users to set it as their Facebook Video Avatar – the first campaign of its kind – and used influencers and a larger-than-life Times Square billboard to get the word out for the premiere.

The result was a thought-provoking, visual proof of the tremendous loss that occurs when girls are excluded from the classroom.

Inspiring people to stand up and take action, their enthusiastic participation created a unique wave of support for Malala's mission, spreading across social channels. With our campaign, users were able to turn a simple profile photo into a videoed social stance.

In less than four days our campaign eclipsed National Geographic and 21st Century fox's goal of 50,000 participants. But most importantly, exposure to Malala's cause and this critical global issue received an immeasurable boost. With hundreds of thousands of users viewing, liking, sharing and posting about our campaign all over the world, we were able to achieve our ultimate goal – making a huge difference for girls around the globe by enlisting more people who support their right to an education.

For every participant, National Geographic and 21st Century Fox donated to the Malala Fund, pledging up to $50,000.

Our campaign reached that goal in 96 hours – unleashing the power of a simple Facebook avatar to make a difference in the lives of girls across the globe.

Video for Stand with Malala 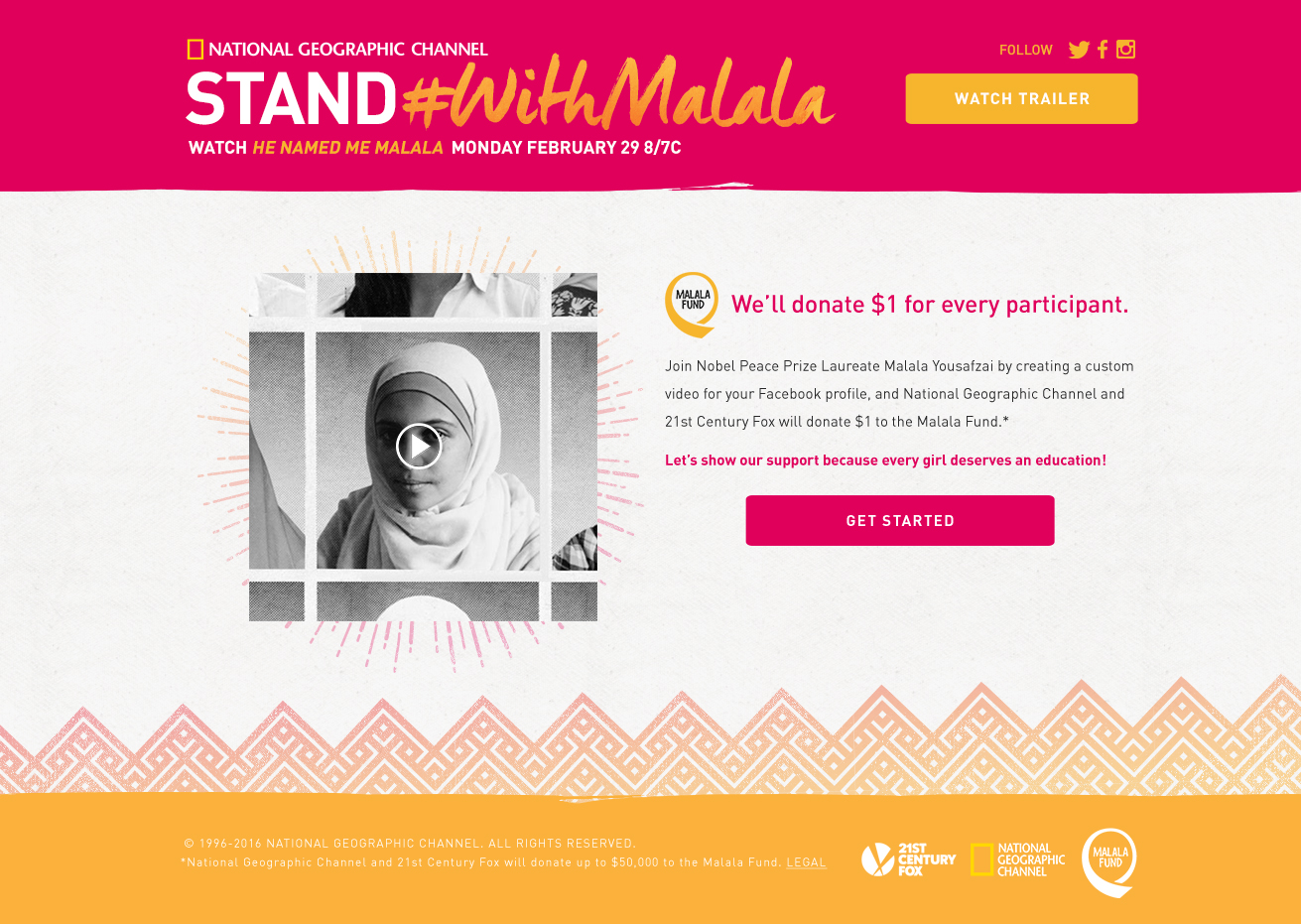 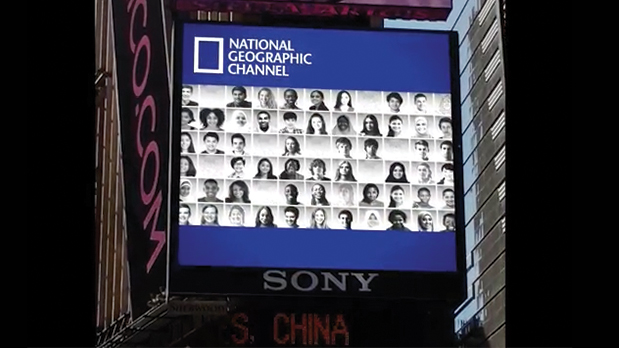 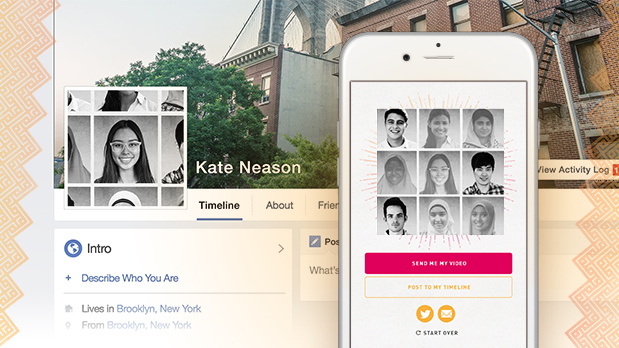 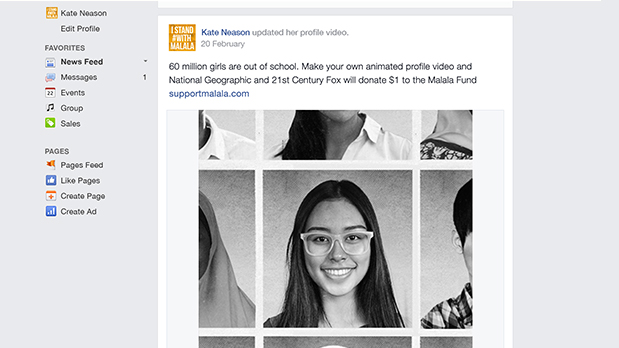