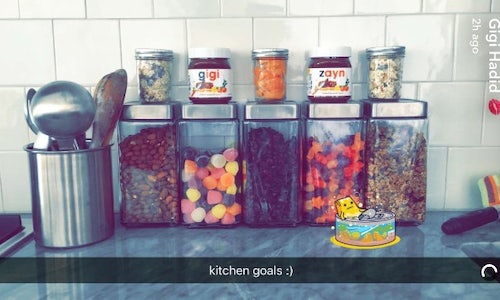 Nutella Brings Zigi Back Together

Millennials love Nutella and they love talking about our brand on social. Millennials also have an obsession with international supermodel Gigi Hadid. So, when we noticed that she posted a picture of her favorite Nutella crepe on her Snapchat, decided to send her some Nutella. The intersection of the millennial focused conversation within our target audience was something that we wanted to capitalize on strategically. Our goal was to engage with a high profile celebrity to leverage her massive reach and influence to spark brand conversation with an audience that we otherwise could not speak to with such credibility. We decided to send product to her and her boyfriend Zayn, formerly of One Direction, as well as her model sister, Bella, and her boyfriend Abel, from The Weekend, in order to expand this reach and potential audience. However, given legal regulations, we were only able to send free product and hope that they would interact in return. Because of this, we needed to be really creative with what we sent to encourage them to share.

So, we created Nutella jars with their names as the Nutella logo and placed them into individual personalized boxes. We shipped the items in a branded box labeled #squadgoals to play into the millennial trend and to nod to the incredible fame of the group as a whole. After we sent the product, Gigi and Zayn broke up.

But, after a few weeks, Gigi announced that they were getting back together with a picture of our jars on her Snapchat, putting the Nutella brand in the middle of one of pop culture's top conversations. The activation resulted in 2,525 mentions and 7.2 million impressions and was covered by large news outlets across the globe.

Video for Nutella Brings Zigi Back Together 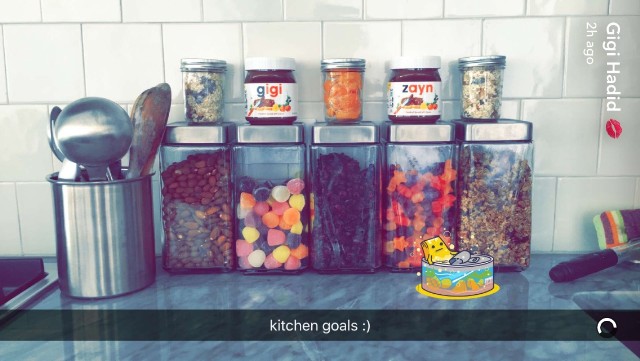 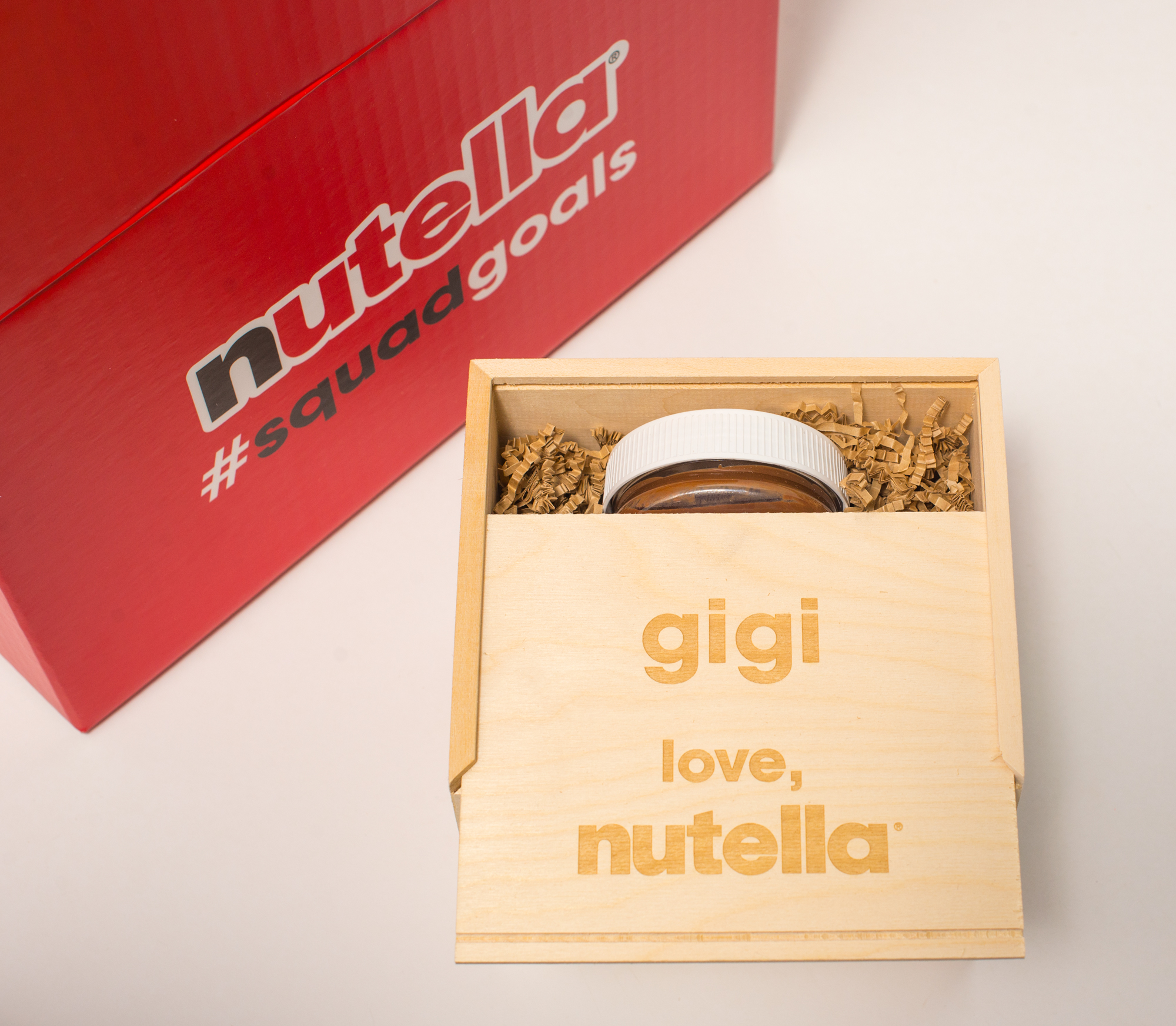 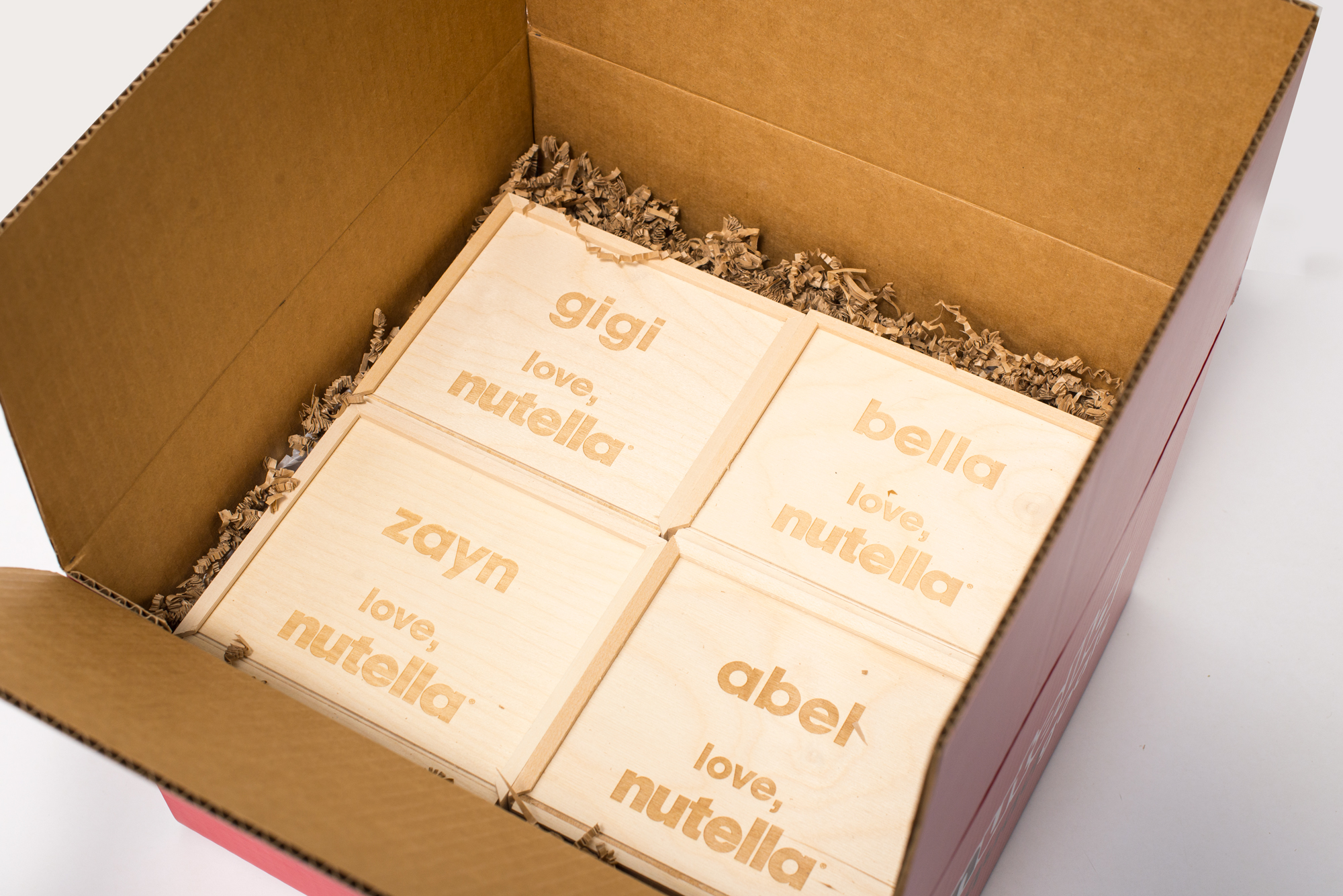