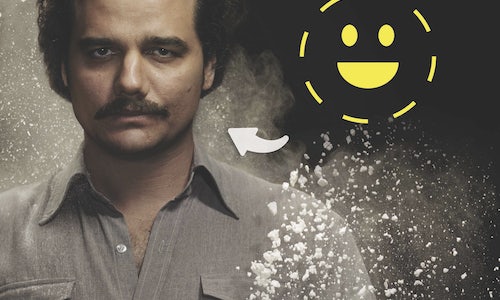 In September 2015 Netflix was launched in France. Since then, its community and Netflix 'Original Series' have continuously increased in number and in popularity. French people are fans of Netflix as much as Netflix is fan of French people! That's why the brand maintains a special relationship on a daily basis on social media.

As an innovative brand, Netflix wanted to engage 'Netflix Originals Series' fans in a new way and make them live an unprecedented experience. But how? It just so happened that earlier in the year, Snapchat released its main used feature: the filters. One of this filters - the Face Swap - has been a massive success. We then decided to capitalize on this trend in order to promote 'Netflix Original Series.' With one selfie, fans had the chance become their favorite Netflix hero - a dream we've all had even for just a brief moment.

Our strategy was straightforward.

According to Médiamétrie, 42,8% of 15-34 year olds used Snapchat - and that represented 74,1% of the total audience of the app. But how do we target them on Snapchat without excluding the rest of Netflix fans - or others Snapchat's users? For us it was very important that everyone felt connected to the campaign. So we decide to create the first mobile outdoor campaign using Snapchat and their new Face Swap filter!

The campaign was divided into two steps.

- Step 1: From the April 23rd to the May 7th 2016, we displayed posters with the faces of 'Netflix Original Series' characters all across France namely in Paris, Lyon, Marseille and Montpellier. The posters were displayed in front of press headquarters, high schools, popular locations, tourist attractions. Each of these locations was chosen strategically to reach the largest audience and have the most impact possible.

- Step 2: Once #NetflixSwap was launched, it quickly became a hit. The campaign carried on through one of the biggest Netflix events held in Europe for journalists and influencers. We displayed the posters in a re-created 'Orange is the New Black' jail kitchen where guests had lunch, relaxed and took pictures. Thanks to the journalists, influencers and their networks, the #NetflixSwap kept spreading and spreading!

All over France, Snapchat users swapped again and again making it so big that Netflix used it during their biggest European press event: the Slate event.

The campaign received the support of French Media (La Réclame, Piwie, Air of Melty…) and all over the world (Adweek, Business Insider, Mashable..). But most of all: this interactive outdoor campaign capitalized on the massive faceswap trend and for the first time changed Snapchat usership. 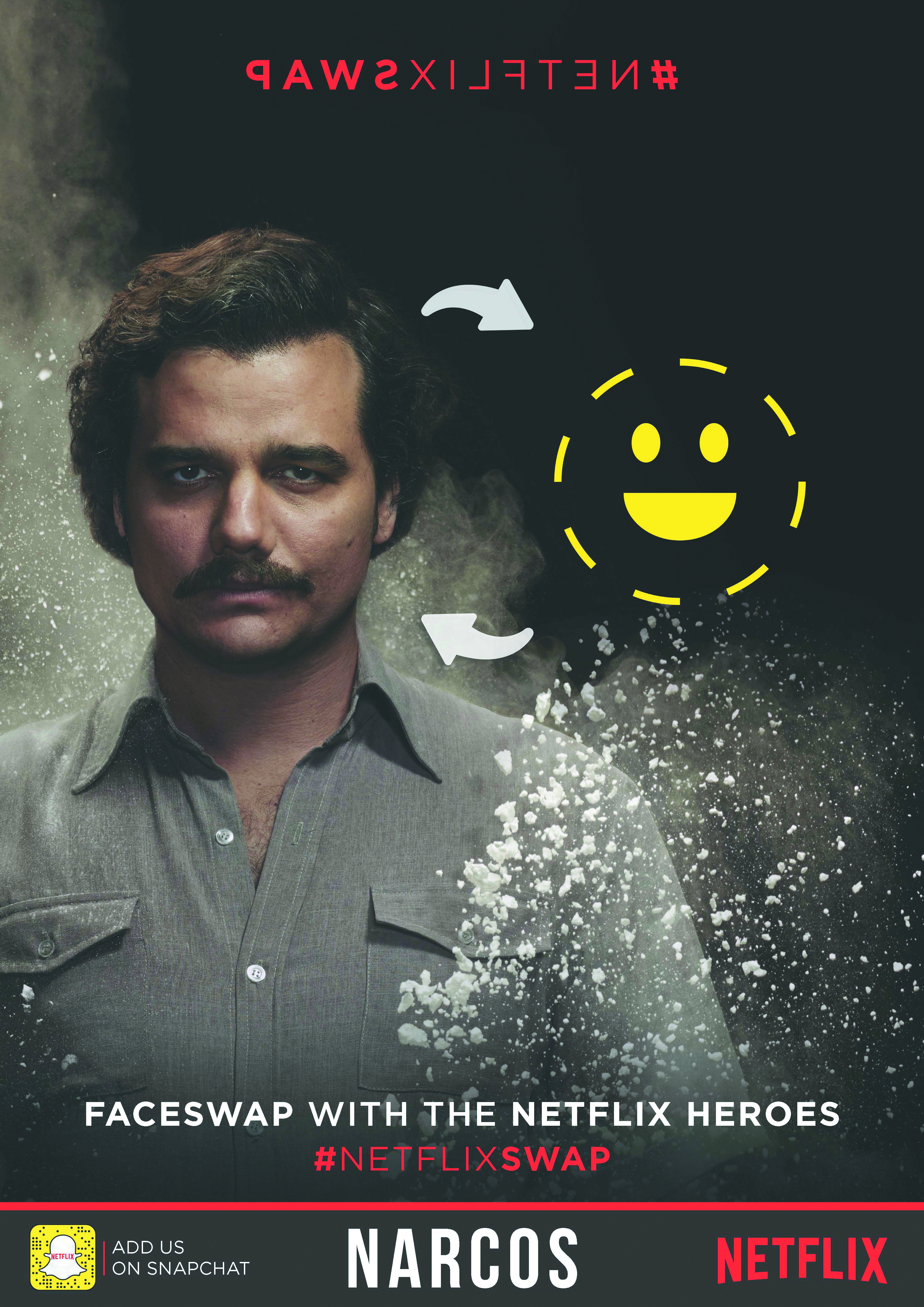 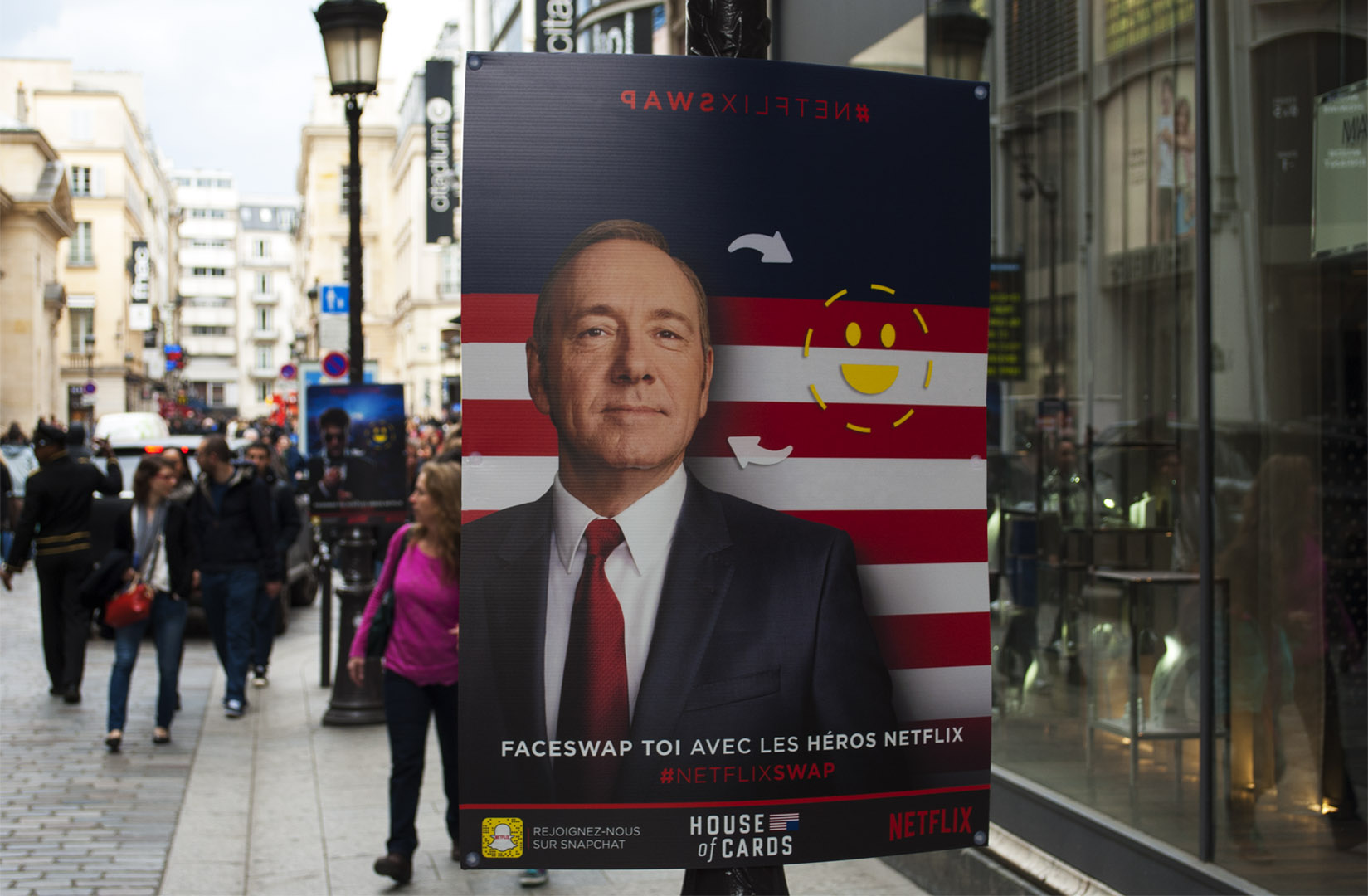 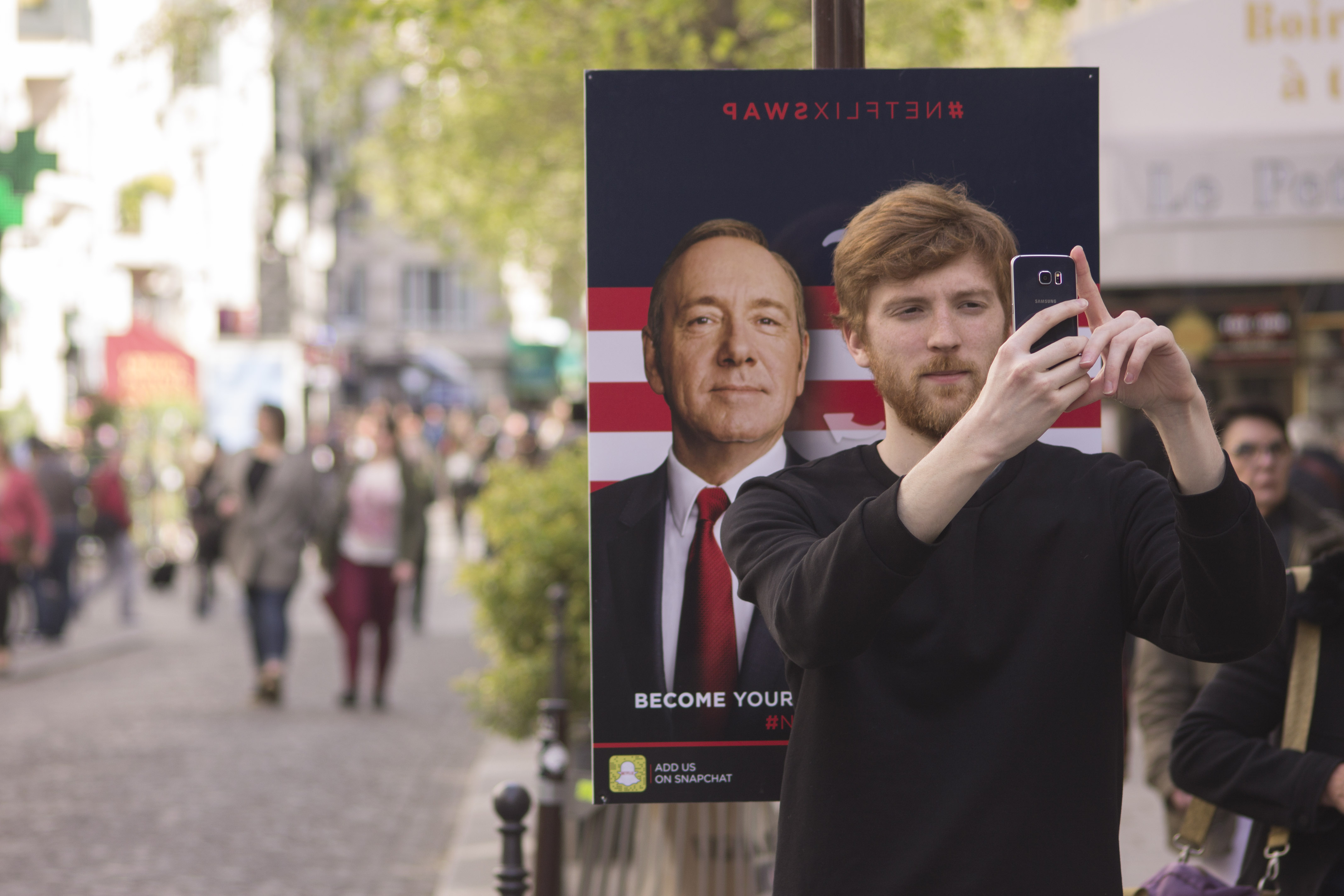 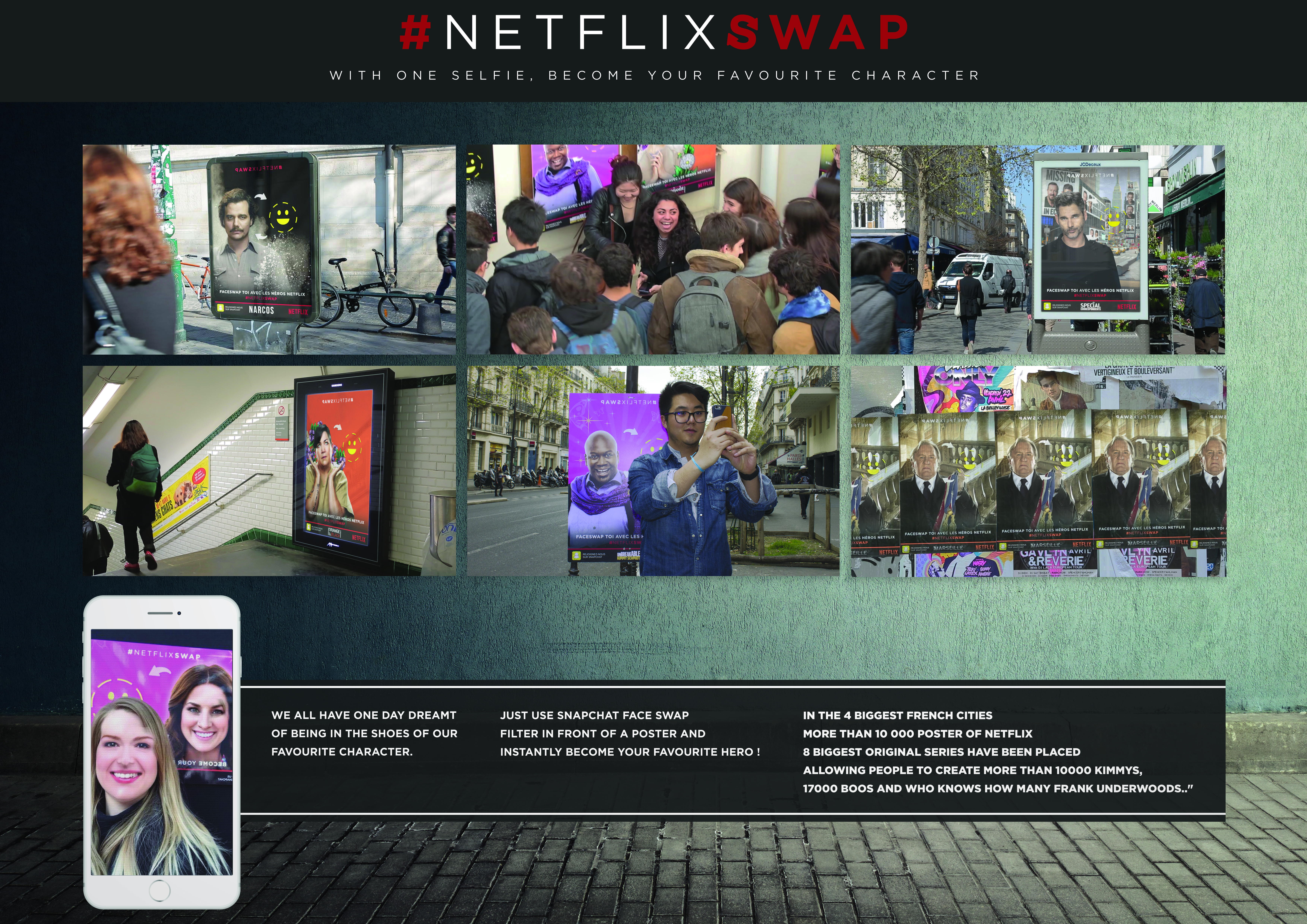