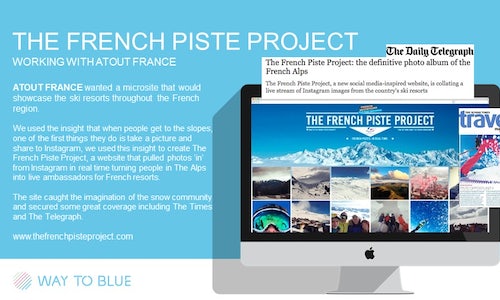 Atout France wanted to make sure that when people were thinking about skiing and snowboarding they thought FRANCE. Way To Blue was tasked with conceiving an idea that engaged skiers and snowboarders that would create both word of mouth AND press coverage.

After gathering a number of Way To Blue's skiers and snowboarders, we asked ourselves "what's the first thing people do when arriving on the mountains?" (after buying a hot chocolate)… They take a picture and share their image to the world's biggest photo sharing platform – Instagram. So, Way To Blue combined this consumer insight and user behaviour to create The French Piste Project – a living, breathing, real-time postcard from the French Alps with photography populated directly by skiers and snowboarders.

We then researched how many people were currently taking pictures of their French ski holidays, hash-tagging them with their resort and uploading them to Instagram and the number ran into the 100s of 1000s.

From this insight, The French Piste Project was born – we created a website that 'pulled-in' any photographs that were hash-tagged with French Ski resorts in REAL TIME allowing people to log on and see what was happening right at that very moment on the slopes.

"The definitive postcard from the French Alps" – The Telegraph

"A real-time postcard from the French Pistes" – I-escape

"How cool is this?" – Intersport 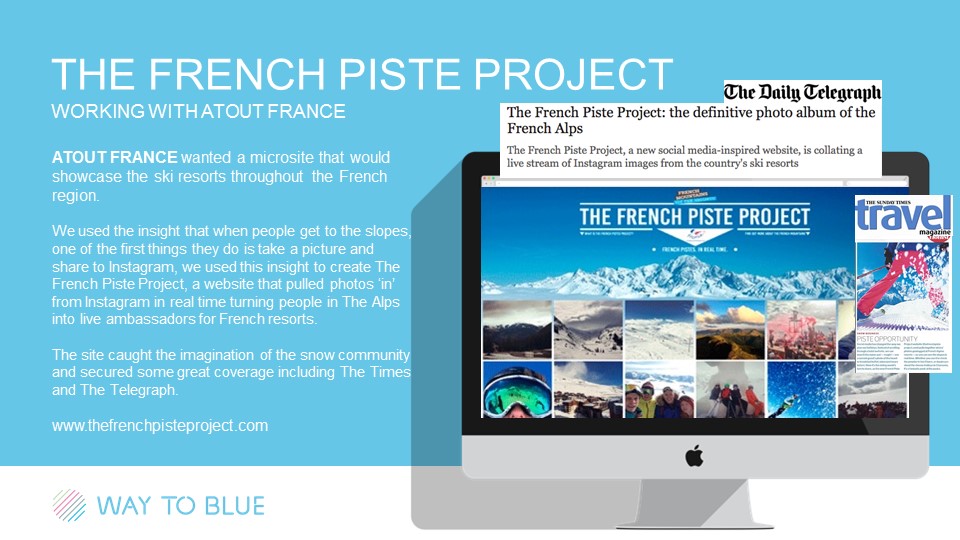 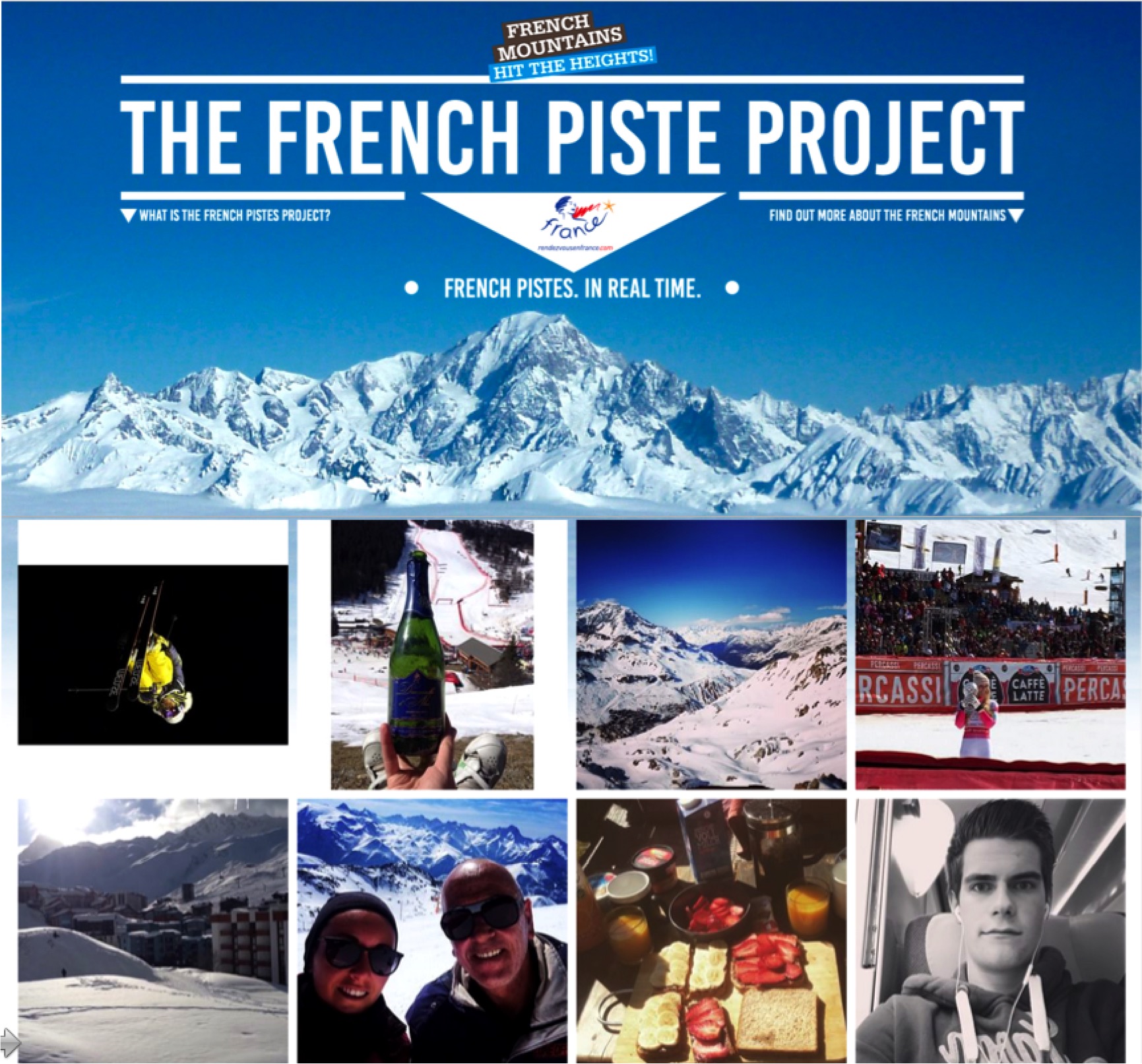 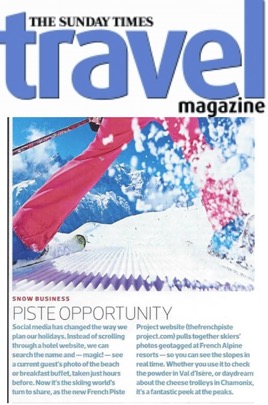 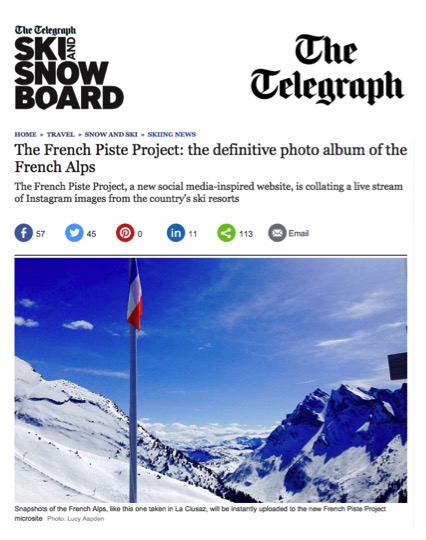 Way To Blue, Atout France (The French Tourist Board)