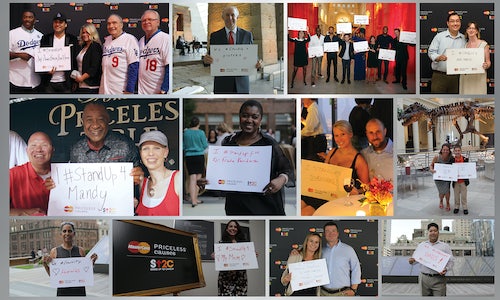 There's been a sharp increase in consumer awareness and critique of brands' social responsibilities. Not only do consumers want great products and services, but they also expect corporations to be involved in their community and causes.

This has become a key driver when choosing brands. Given comparable price and quality, 91% of global consumers are likely to switch to brands associated with a good cause. When compared to global peers, Americans are twice as likely to want companies to focus on making donations. On top of that, 65% of Americans have made financial donations in their lifetime, making it their preferred way to contribution to causes.

For the past five years, MasterCard has supported Stand Up To Cancer by donating 1 cent to SUTC when cardholders dine out and pay with their card during an eight-week promotional period.

To achieve the $4 million donation goal, we needed to generate 400 million dining-related transactions and beat the category's growth rate of 9%. And, while the donation goal remained the same as last year, we had a media budget that was 33% smaller than 2014.

Given the tight budget, we had no room for error. We had to execute a razor-sharp campaign, from identifying the right audience to reaching them in the most effective and efficient way.

Through proprietary research, we identified Working Mom as our target. We knew that she was an everyday leader as she likes to lead others (54%) and people come to her for advice before buying things (53%). Fifty-seven percent of Working Moms are either social media authors or commentators.

Given her busy life, the Internet, mobile device and social media have become integral parts of her "connections toolbox."

Social Media is the Working Mom's enabler, keeping her connected to her world of family and friends. It's her platform to rally the troops, making them aware of and enlisting support for her cause.

Everyone knows someone affected by cancer, but not everyone knows how to help. We empowered consumers to #StandUp4 a loved one and, in doing so, gave them a quick and easy way to donate to the cause.

The Working Mom became our campaign amplifier. And, since social media was her channel of choice, we funneled all media efforts towards this platform for her to connect and share our message. We empowered her by asking her a simple question – "Who do you #StandUp4?" In turn, she mobilized her social circle to #StandUp4 a loved one affected by cancer.

Execution
Consumers showed support by writing the name of that person on a placard and sharing it with the world on Twitter, Facebook and Instagram, telling everyone who they #StandUp4. Digital, paid social and TV ran simultaneously with Social Media making MasterCard and dining synonymous with standing up to cancer. All channels inspired viewers to participate in #StandUp4, either by lending their voice on social media or by dining out.

Additionally, we created "Priceless Tables," a high visibility initiative that generated buzz by giving people the priceless opportunity to dine in high-profile, exclusive venues while connecting and sharing stories with other cancer survivors. Priceless Tables put diners in the middle of the action at places like Carnegie Hall, on top of the city at 360 Chicago and at the Gillette Home Run Derby during Major League Baseball's All-Star Game, where MasterCard transformed the centerfield bullpen into a spectacular dining venue. Fourteen Priceless Tables were developed across the US and catered by celebrity chefs including Marcus Samuelsson, Ludo Leferbve and Graham Elliot.

The Priceless Tables experience was extremely personal and media amplified it in a similar way. Local radio promoted the tables in each market, and regional CRM initiatives using partner emails (Meredith and CBS local) developed a deeper connection with the community.

We stimulated more than 400 million dining transactions and hit the $4 million target one and a half weeks ahead of the previous year. And, despite our budget cut, we exceeded the category growth rate by 52%.

With 33% less budget but a sharper, targeted media strategy, here's how media outperformed the previous year:

• Increased MasterCard's SOV during the campaign period (52% vs. our nearest competitor at 32%) 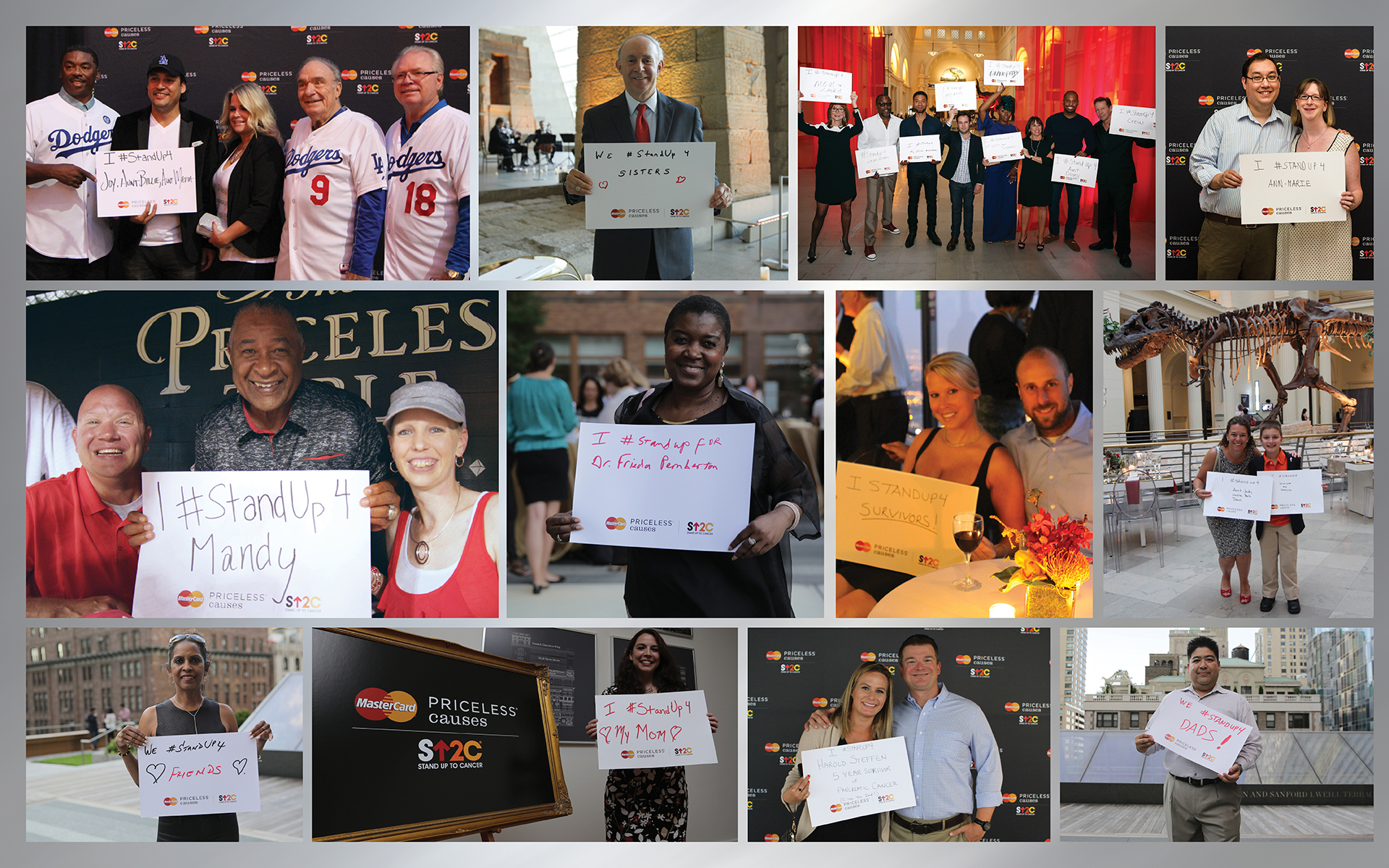 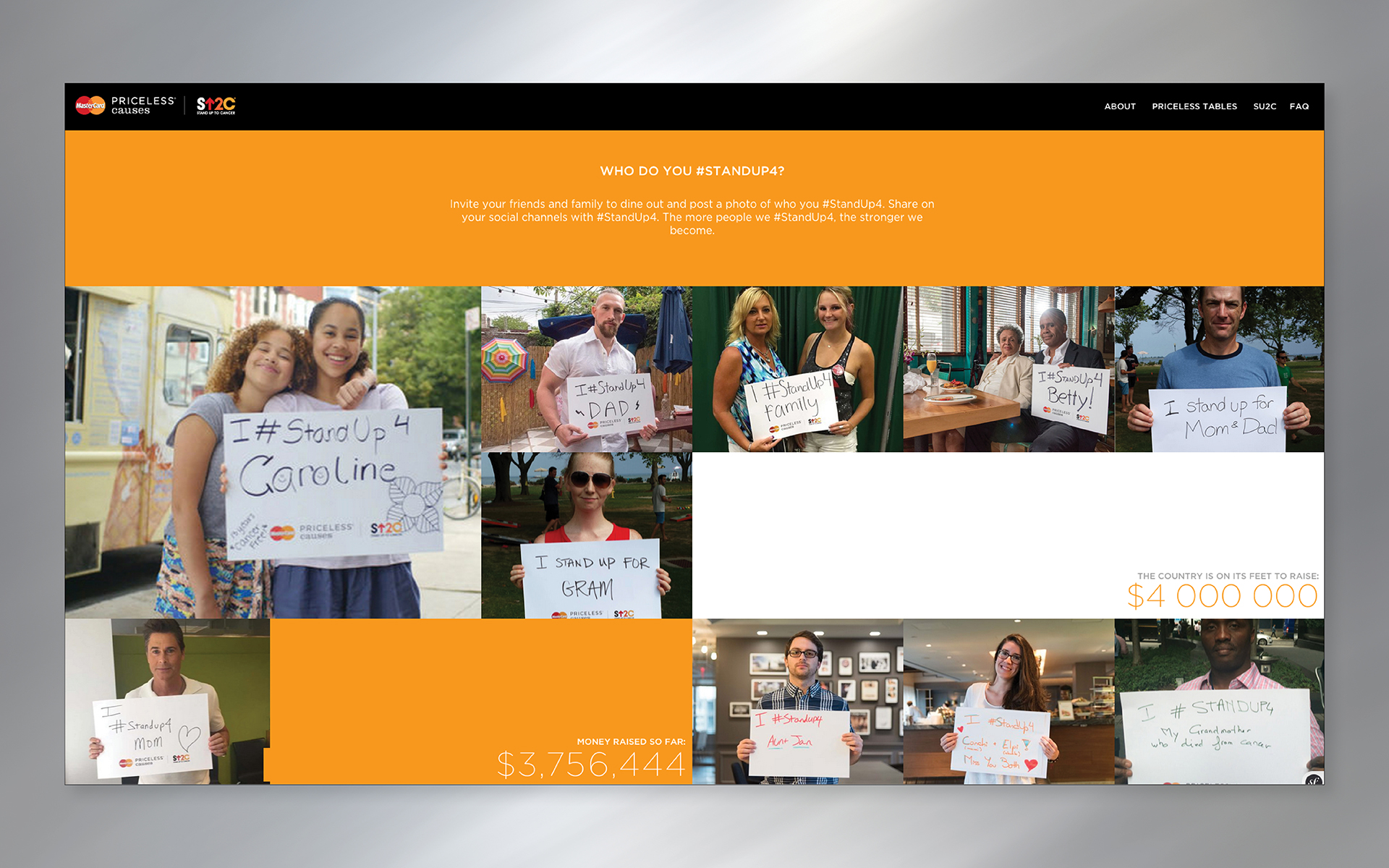