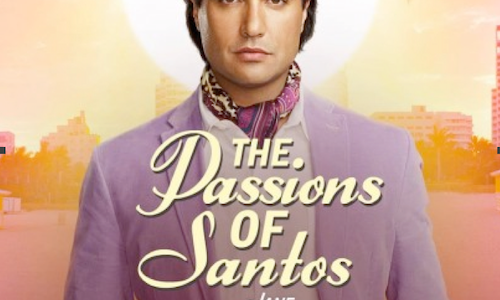 To support the second season launch of The CW's critically acclaimed, award winning series, Jane The Virgin, the network was looking for a way to reengage existing fans after the summer hiatus as well as attract new fans to the series. Jane The Virgin, based on a Venezuelan series and featuring a truly multicultural cast, reinvents the telenovela for a modern, Bilingual, millennial audience. For season 2, the network hoped to greatly increase viewership among Hispanic millennials, a group not highly targeted for season one. To attract this new audience, the series faced many hurdles. Among them, would-be fans would need to become familiar with, or deeply interested in the characters, catch up with the twisting and turning storylines, and be able to join in social conversation… all in a culturally relevant way.

Participatory storytelling is the lifeblood of millennial culture. The always-0n dialogue between friends, brands, and cultural moments is what drives personal connection through entertaining social media and peer-to-peer interactions. Adding layers of creative storytelling invites commentary, encourages sharing, and empowers others to share their own creativity. With most brands - and especially entertainment properties - there is tremendous opportunity tap into this lifeblood by exploring backstories, secondary characters, and sub-plot points. Taking all this into account, The CW partnered with Wattpad, the world's largest community for readers and writers, for the platform's first ever bilingual (English and Spanish) experience. The partnership tapped Jane The Virgin's creative staff to develop "The Passions of Santos," a novelization of the fictional telenovela-within-the telenovela of Jane The Virgin. Each of the five instalments were published in both English and Spanish, and promoted accordingly. Further, prominent placement of Jane The Virgin tune-in messaging and supplemental content across Wattpad and CW's own digital properties served as additional opportunities to drive brand awareness and demand for the series.

With a record-breaking 1.44 million reads of Jane The Virgin's suggested reading lists, "Las pasiones de Santos" and its English counterpart reached never-before-seen heights on the platform. For starters, the campaign in whole delivered a whopping 9.1 million impressions with a click through rate of just over 1%. Next, Wattpad users spent over 6.3 million minutes engaging with Jane The Virgin branded content; with previous platform efforts reaching at best, 1.4 million minutes. The series trailer also had the highest click through rate of any to ever appear on the platform, at 5.58%. Meanwhile, numerous press outlets, including The Hollywood Reporter, Deadline, and People, covered the novelization of the telenovela. And finally, the Spanish language reading lists outperformed the English ones, proving the appetite for in-language content, and accenting the ability of the campaign to reach a Hispanic audience in a meaningful and authentic way. Shortly after the campaign, it was announced that The United Talent Agency had taken on Wattpad as a client, with many trade articles citing the Jane The Virgin collaboration as a recent success for the company. 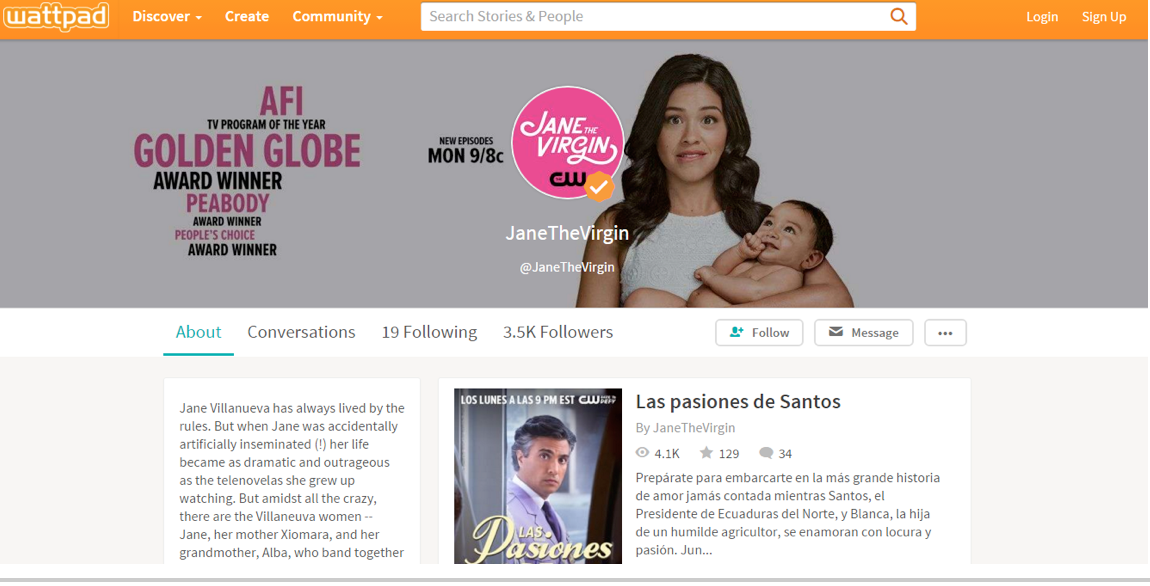 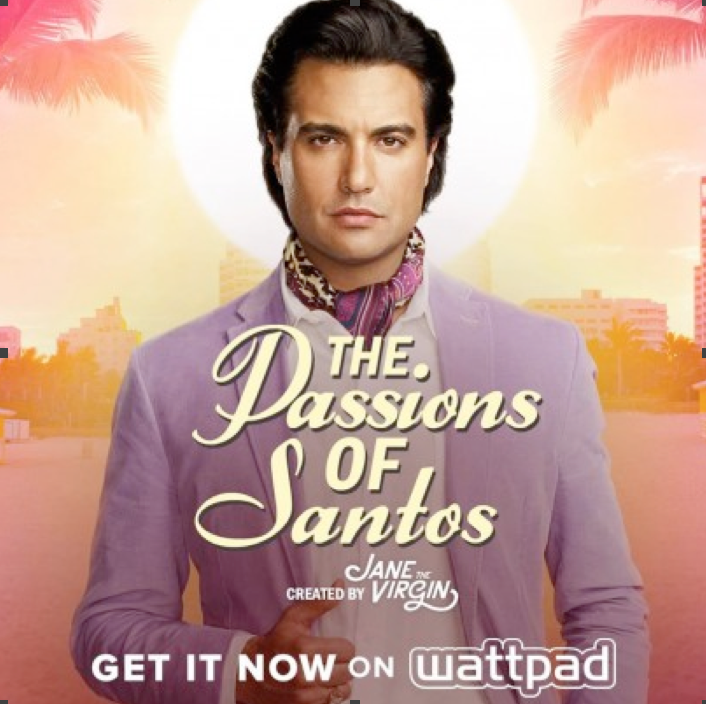