The BMW i3 was experiencing fewer new leads in Q3/Q4 of 2015 due to a lack of a media buy and fewer driving activations for BMW i. As such, BMW was looking for ways to drive excitement, and ultimately sales, of the BMW i3 before year-end. As a part of this effort, BMW created an exciting limited edition black BMW i3 ("Shadow Sport") that was offered in very limited quantities (50) and set to debut at the LA Auto Show in November.

Given the lack of press and media efforts supporting the limited edition BMW i3, the Agency was challenged to come up with a social idea that would generate buzz and attention and generate reservations for the vehicle.

To showcase the limited edition BMW i3 Shadow Sport and generate reservations, we created the first-ever automotive shopping experience on Periscope.

But to point people to Periscope, we started on Instagram, where BMW has a heavy fan base (the largest of any luxury auto manufacturer).

In the days leading up to the vehicle's official debut at the 2015 LA Auto Show, we built anticipation for BMW fans with an Instagram shadow-guessing game. Each post featured a BMW appearing at the auto show. Vehicles appeared in shadow in the morning, and were revealed in the afternoon, giving people time to make their guesses. The last vehicle posted was the Shadow Sport i3, a day before the public opening of the auto show.

As the guesses came in, we built anticipation even more through teaser posts on Facebook, Twitter, and the BMW i online forum. The afternoon reveal was the first announcement of the Shadow Sport and informed fans of the live unveiling on Periscope that evening.

At 8pm Eastern Standard Time, fans tuned in to the live broadcast while BMW Product Advocate, Jose Guerrero, gave a full walkthrough of the new i3 Shadow Sport – highlighting its new features and answering commenters' questions along the way.

At the end of the unveiling, the headlights revealed a shadow of the reservation phone number – allowing viewers to call in and reserve one of their very own limited edition BMW i3s.

With no paid media supporting the launch, the Periscope broadcast resulted in:

And most importantly, all 50 BMW i3 Shadow Sports were reserved within 24 hours of the live broadcast. 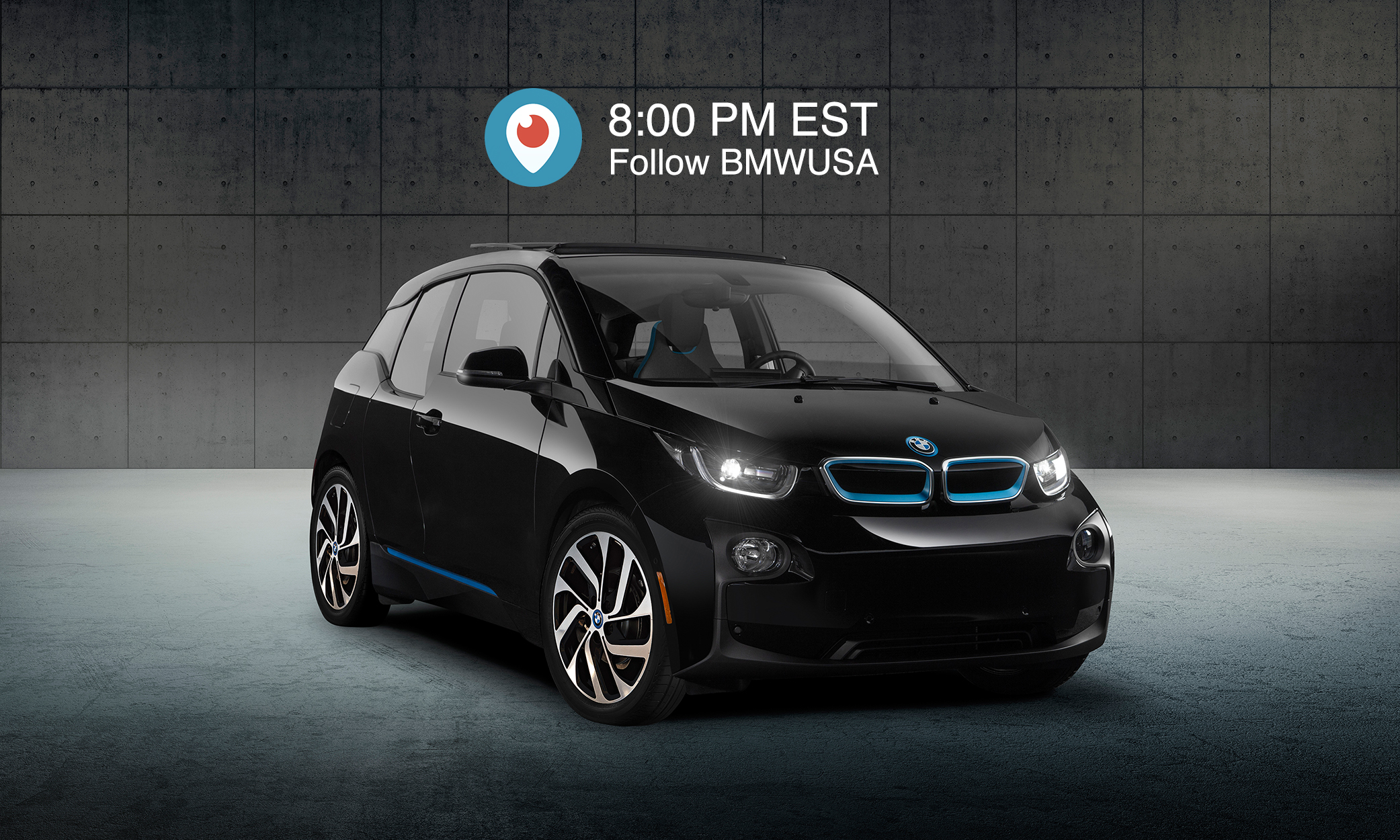