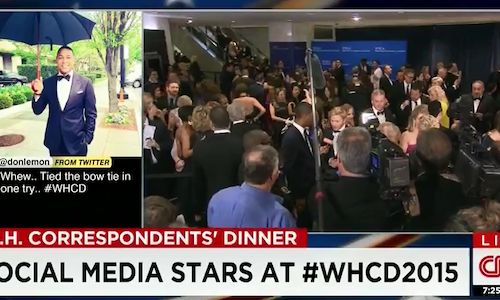 CNN wanted to provide an interactive and engaging experience for their viewers and give them an insider's pass to the White House Correspondents' Dinner, even when there was no direct media coverage inside the event. The goal was to create a real-time social broadcast around the event, whilst increasing viewership and website traffic.

Through a powerful social campaign, CNN opened up the event to their viewers and made them a unique part of the broadcast. CNN used the power of social TV to create compelling content and give their viewers a unique window into the dinner from the perspectives of celebrities, journalists and other attendees. By visualizing social content and live polls on air, CNN created a fun and interactive broadcast, something that is not integrated into their day-to-day programming on a regular basis.

The campaign provided real-time audience interaction and tracked social conversations around the 2015 White House Correspondents' Dinner. The campaign curated social activity, polled the viewers and highlighted social trends live throughout the broadcast. The social content and live polls transformed the coverage from a one-way program to a two-way medium, giving their audience a voice throughout the event.

The campaign proved to be a unique way to meet CNN's objectives – the campaign increased viewership to their broadcast, drove engagement and grew their social platforms. It was a huge success - the polling destination had 95.3K views with an average of 6.3 minutes spent on page per user, and #CNNVote (the polling hashtag) was mentioned 3,889 times and reached 101 million people. Their broadcast also had the most overall viewers from 10p-12a and it won in their demo from 9p-12a. 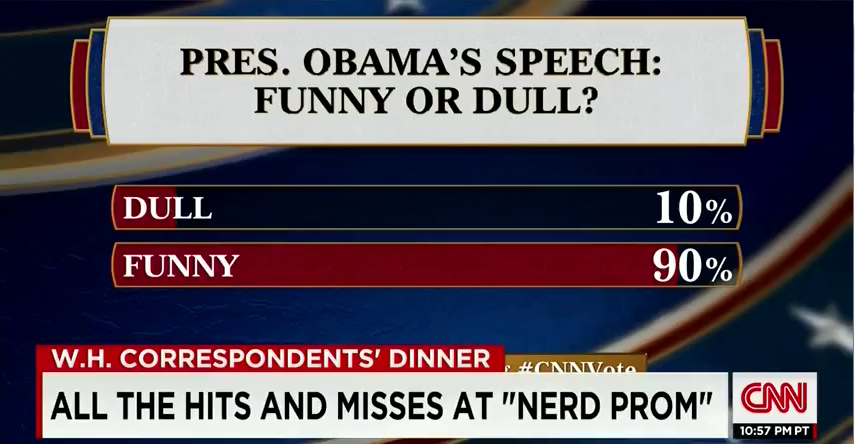 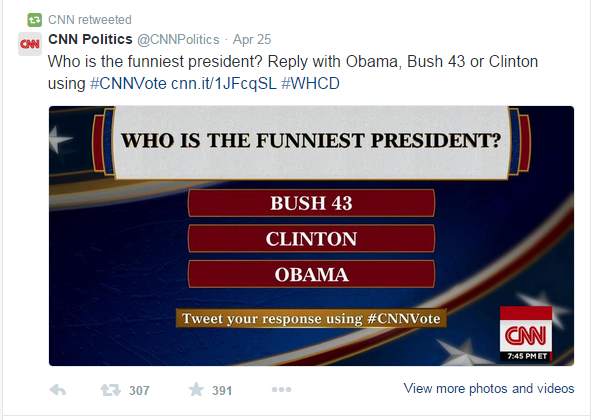