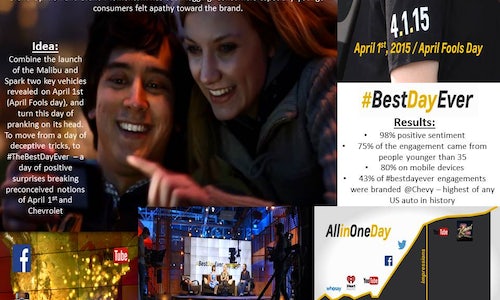 In the first quarter of 2015, Chevrolet was suffering from declining brand health measures, lagging behind the three main competitors in opinion, consideration, and in opinion-driving imagery such as "Excellent Quality" and "Dependable." In some cases, these were double-digit deficits resulting in poor "Net Momentum" scores, as reported by Millward Brown.

The comments associated with negative momentum tended to be about reliability, recalls, and the 2008 bankruptcy — all things that Ford, Toyota and Honda did not have to overcome, whose Momentum scores (Ford: 38, Toyota: 37 and Honda: 41) positively shone relative to Chevrolet's 17.

Despite being one of the most awarded automotive companies in the USA, consumer research revealed the brand was seen as outdated: big, gas-guzzling, average, particularly American and a technology laggard. In short, Chevrolet was a brand in decline across most key indicators — including sales. Consumers, especially younger consumers, felt apathy toward the brand.

As a result, Chevrolet knew they needed to do something big to break the apathy and prove that their vehicle lineup is worthy of reappraisal (or appraisal).

Our goal was to create a focused, consistent, unexpected-for-Chevrolet experience that would bring people into contact with a Chevrolet that felt distinctly different from the one they thought they knew. And it had to align with the essence of the brand: Young at Heart, Authentic, Confident, Ingenious and Optimistic.

Get consumer to think again: Perceptions for Chevrolet do not match the reality of the vehicles. We set out to debunk current brand perceptions through genuine moments that would surprise people about today's Chevrolet. We needed to create moments of disruption that captured (and perhaps jolted) people's attention, engaged consumers across channels, and opened the door to a future relationship.

We knew that in order to attract Millennials, who are active and creative, it would be crucial to not only deliver media that was accessible across mobile, tablet, and desktop, but to create a sense of optimism and surprise that would re-inforce that this is a different, new, and award-winning Chevrolet, driving re-appraisal.

To ignite surprises of optimism, we partnered with influencers across social media and radio personalities across the country to drive awareness of #BestDayEver and encourage consumers to tune into the livestream. We chose influencers that were not directly tied to the Chevrolet brand to reach new audiences across platforms.

#BestDayEver consisted of "Acts of Awesomeness," happening all over the U.S., including everything from surprising the military with a Kid Rock concert to Alec Baldwin and Olivia Wilde taking over college classrooms as substitute teachers to Kelly Clarkson hosting a lunch for new moms to puppy kissing booths set up in various cities, police officers handing out lollypops and flowers and free fill-ups at gas stations across the US.

The entire day of optimism/surprises was chronicled when Chevrolet partnered with YouTube in a never-been-done, 8-hour live stream, hosted by Jon Dore/Garfunkel and Oates, who gave updates throughout the day. Sections of the stream were also dedicated to various podcasts featuring YouTube talent such as Tyler Oakley and Rooster Teeth; speaking to their audiences about Chevrolet in their own voice.

By leveraging a partner such as YouTube it strategically positioned Chevy as a leader in technology in a new way.

In a single day, that truly was the #BestDayEver, Chevrolet saw preconceived notions broken, resetting how millennial consumers view the brand:

In April, Chevrolet saw a massive increase in net momentum 17 (March) to 23(April) (up 35% increase in Brand opinion and consideration). The measure is a reflection of consumer sentiment and the direction they feel the brand is going. 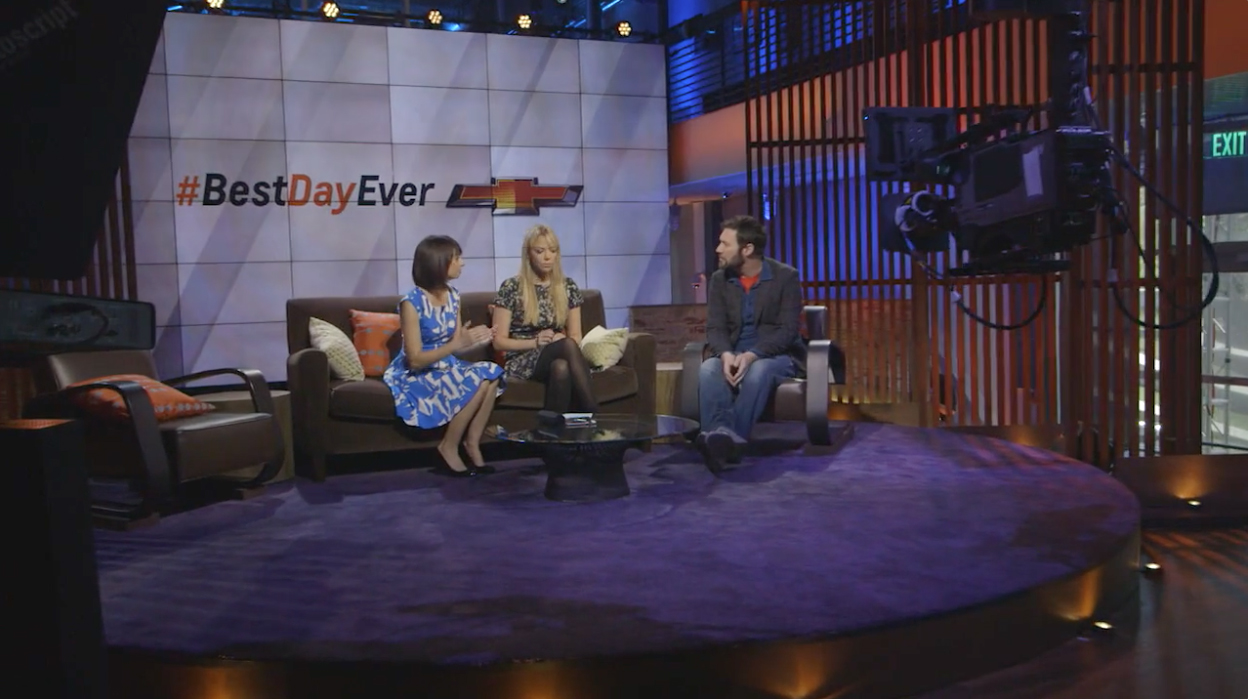 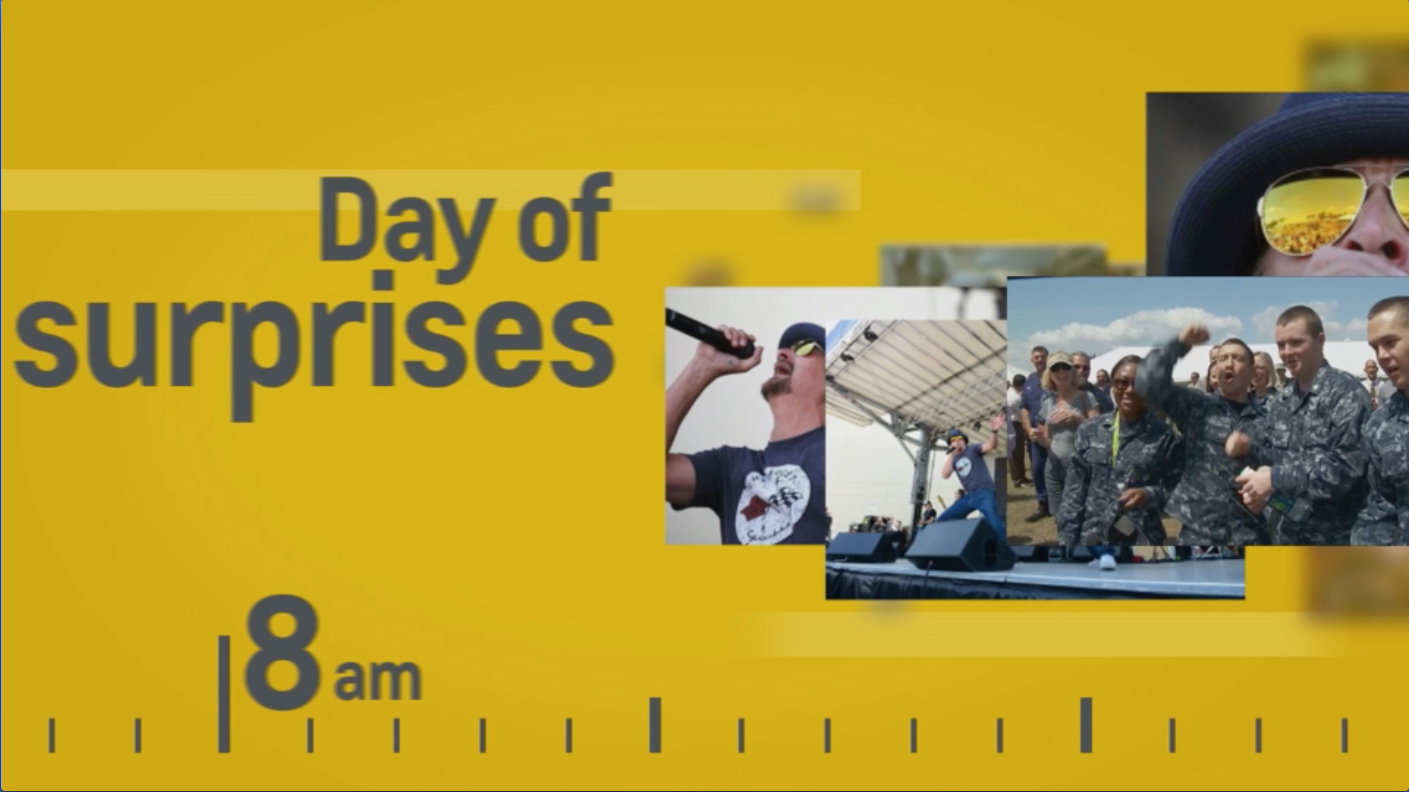 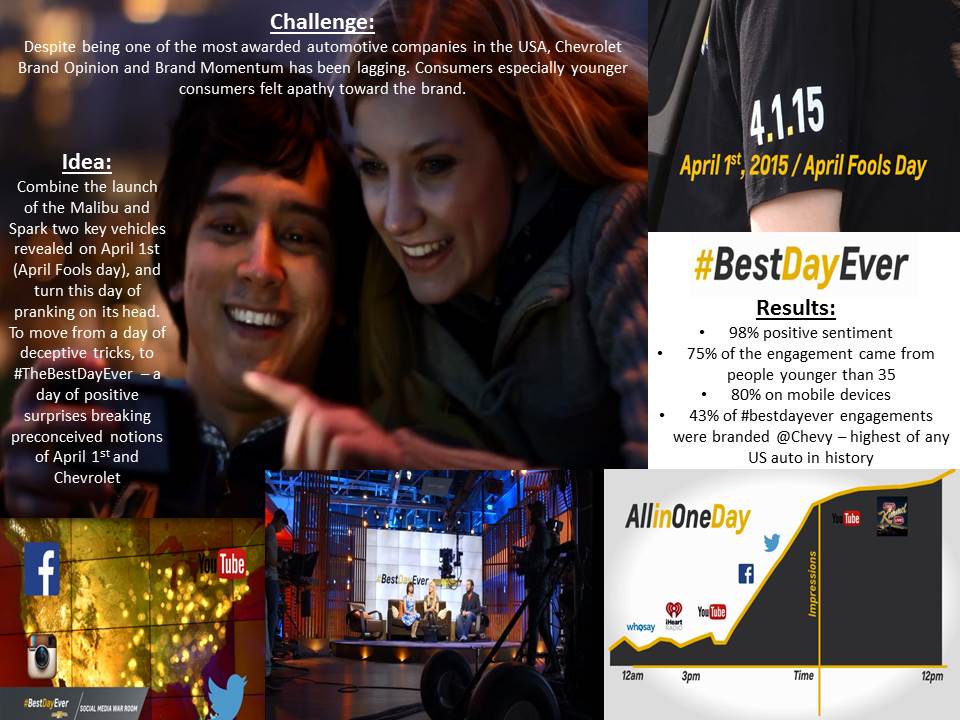 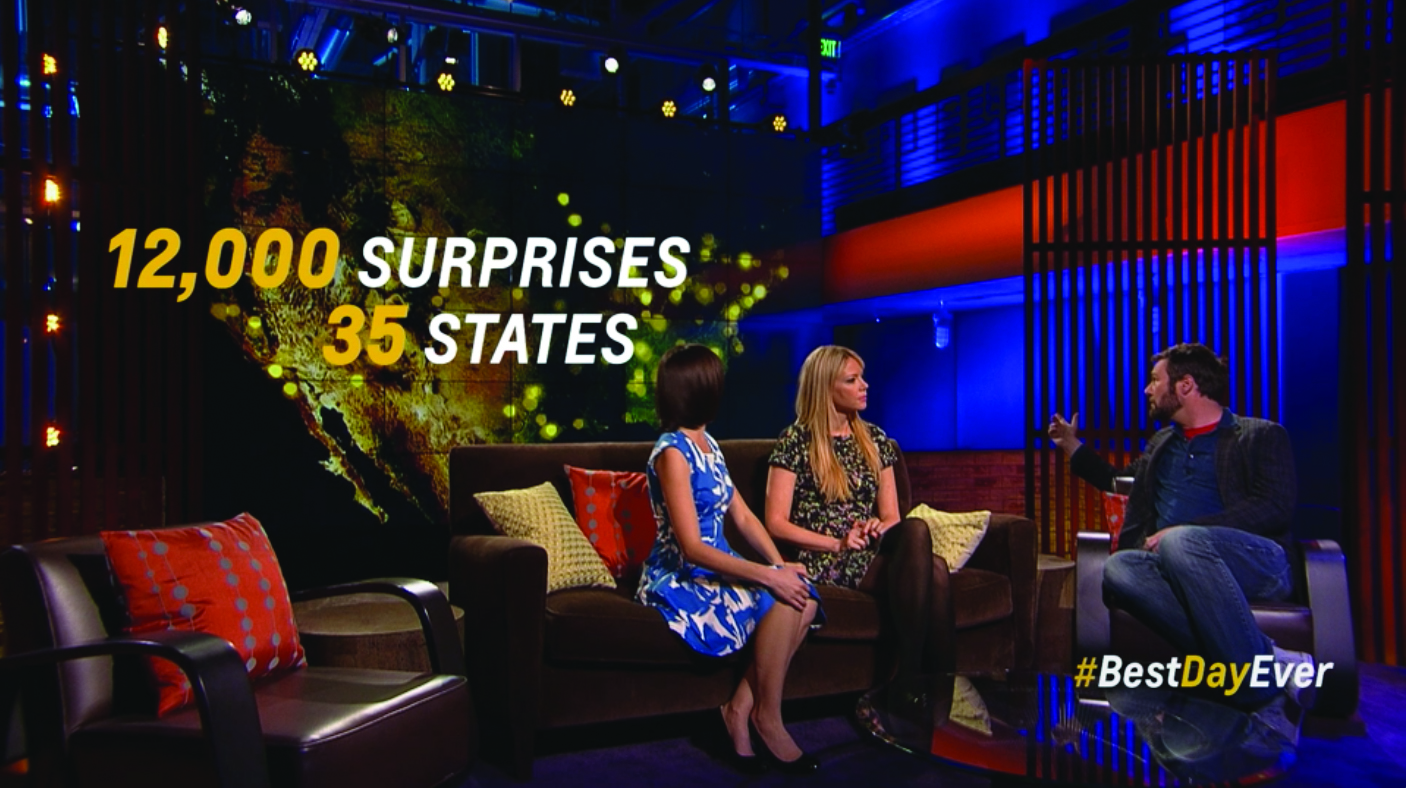