There's no rule that says learning shouldn't be fun, or that playing can't be valuable. If there is, we created Sphero SPRK Edition to break it. SPRK Edition makes the skills of the future approachable and practical. And most importantly, fun.

On September 28th, 2015 during back to school season we launched a new product focused on getting kids interested in programming and STEM (science, technology, engineering, & math) skills. But once you start to say something is educational, thats when kids immediately check-out. We wanted to build something magical that highlighted the programmability of our robots and combined it with art.

We worked alongside dancer Jordyn Jones and Director ScottDW & team and broke the rules for building educational, beautiful content.

You've probably stumbled across some of ScottDW's incredible work — Stormtrooper Twerk and High School Dance Battle. He is a filmmaker and songwriter who makes beautiful and hilarious content to share with the world. The moment we heard his pitch for our SPRK video, we became obsessed and couldn't wait to get filming. Scott's creative vision is an inspiration and his sense of humor is what kept the crew going throughout the weekend. Amongst all the hard work, challenges and excitement, he crafted amazing visuals and a beautiful story with our product… we just needed to find a star.

Incorporating the arts was necessary for this video, and no one could have represented that better than Jordyn Jones. Jordyn is a 15 year old professional dancer, actress, singer, and role model. She is incredibly talented and amazing to work with. Jordyn nailed every move and gave this video a life of its own. Compelling and gifted, you're not going want to miss a moment of this star's rise to success.

We'll be honest, programming and driving 100 Spheros was NOT easy, as we put new multi-robot app support to the test. Each device was synced to control up to 7 robots per device — this new feature is a work in progress within the SPRK app. We were able to successfully program 100 robots using 15 smart devices, but we still struggled with coordination. Even though this tested our patience, the collaboration between 20+ people programming at the same time is what made the magic happen.

As strange as it sounds, it wasn't until day three of the shoot that we realized we were actually living the mission we're seeking to foster with SPRK. On set, we were doing exactly what we encourage teachers and students to do everyday — engineering, problem solving, collaboration, communication, and critical thinking. Not everyone will take an interest in thinking like an engineer, but STEAM education makes these subjects appealing to everyone through hands-on creativity. Believe it or not, programming can serve as a creative outlet for the talented artists among us, and Sphero SPRK Edition is just the robot to embrace it. 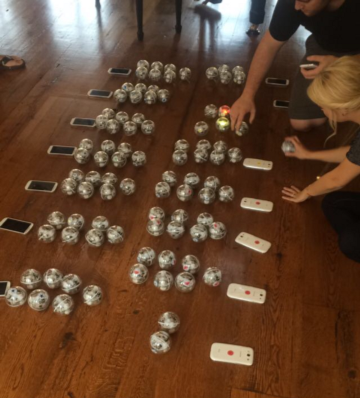 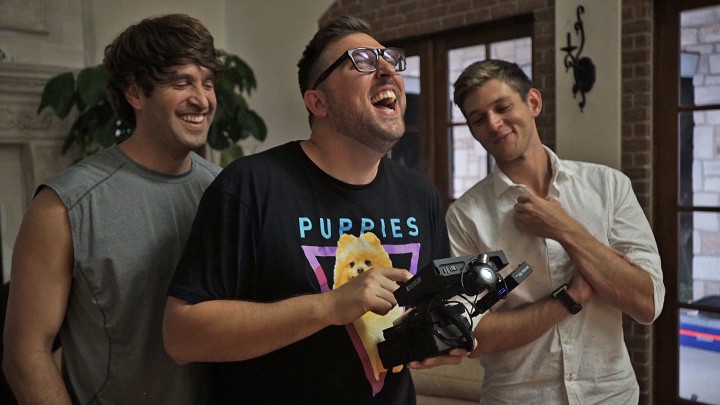 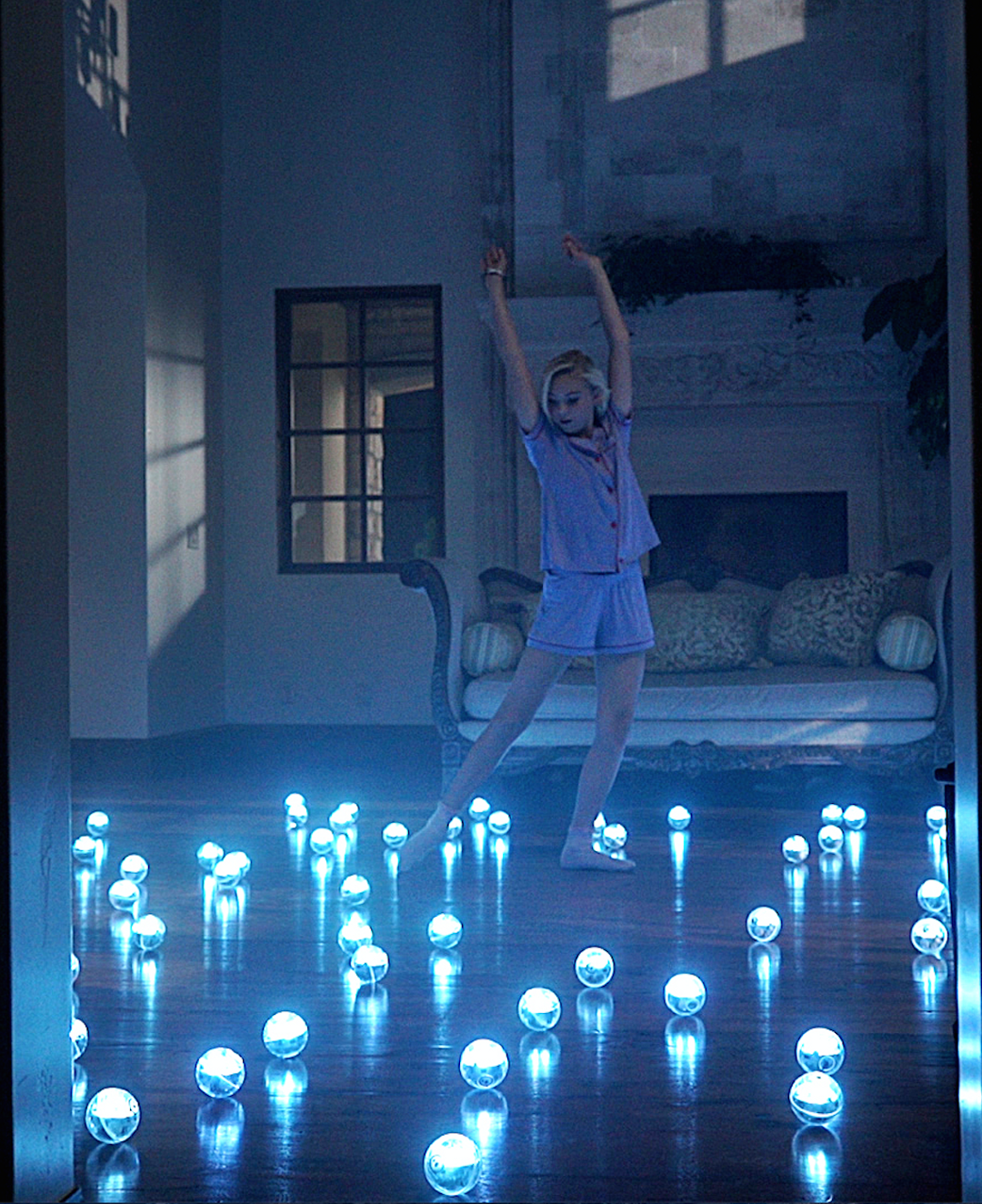 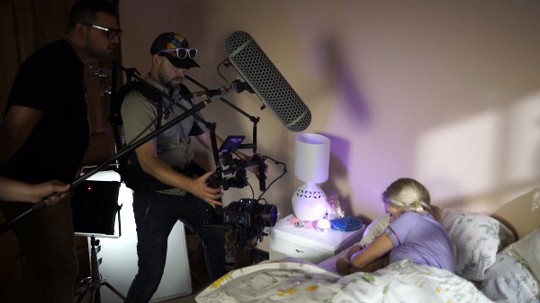 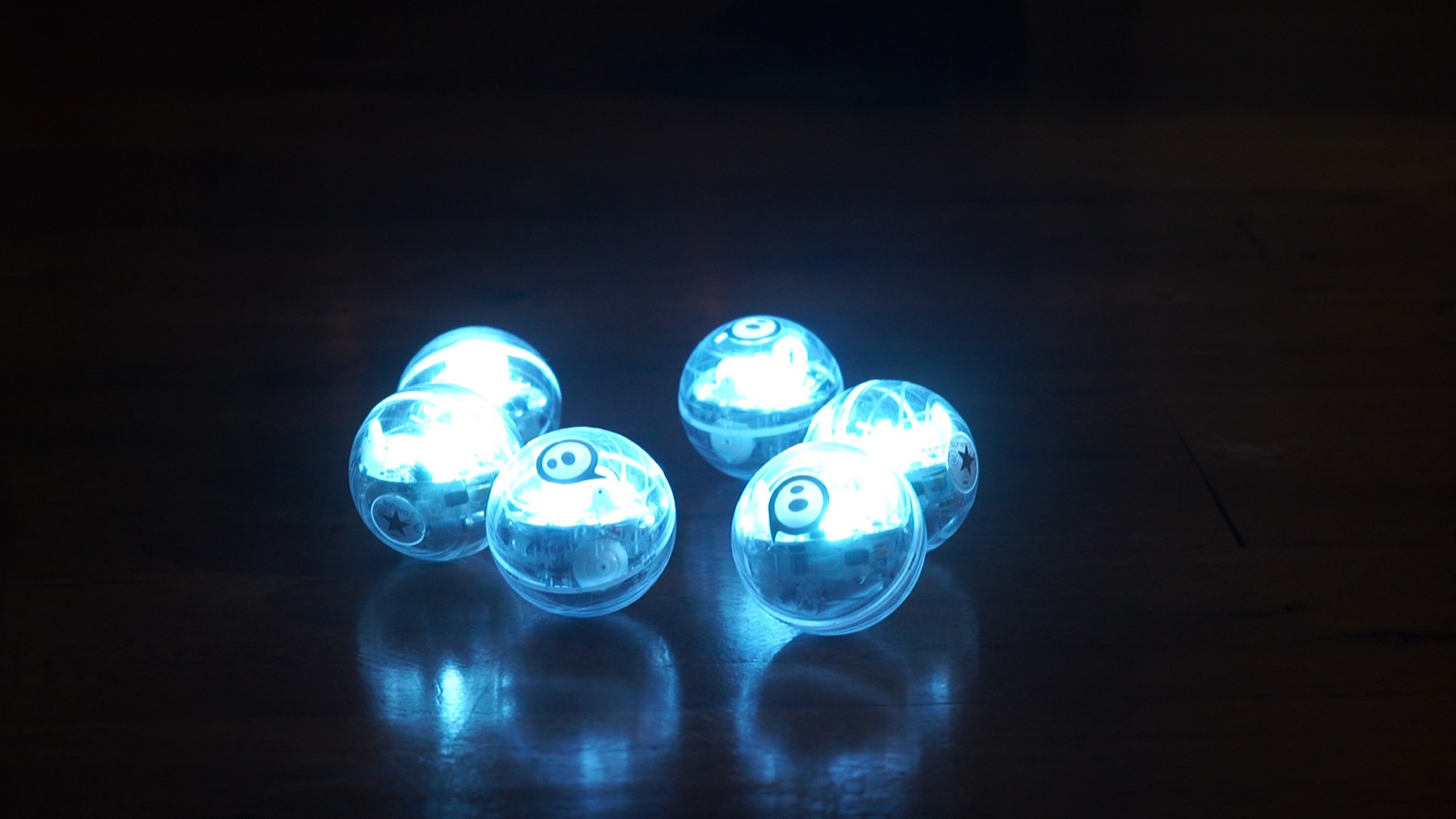 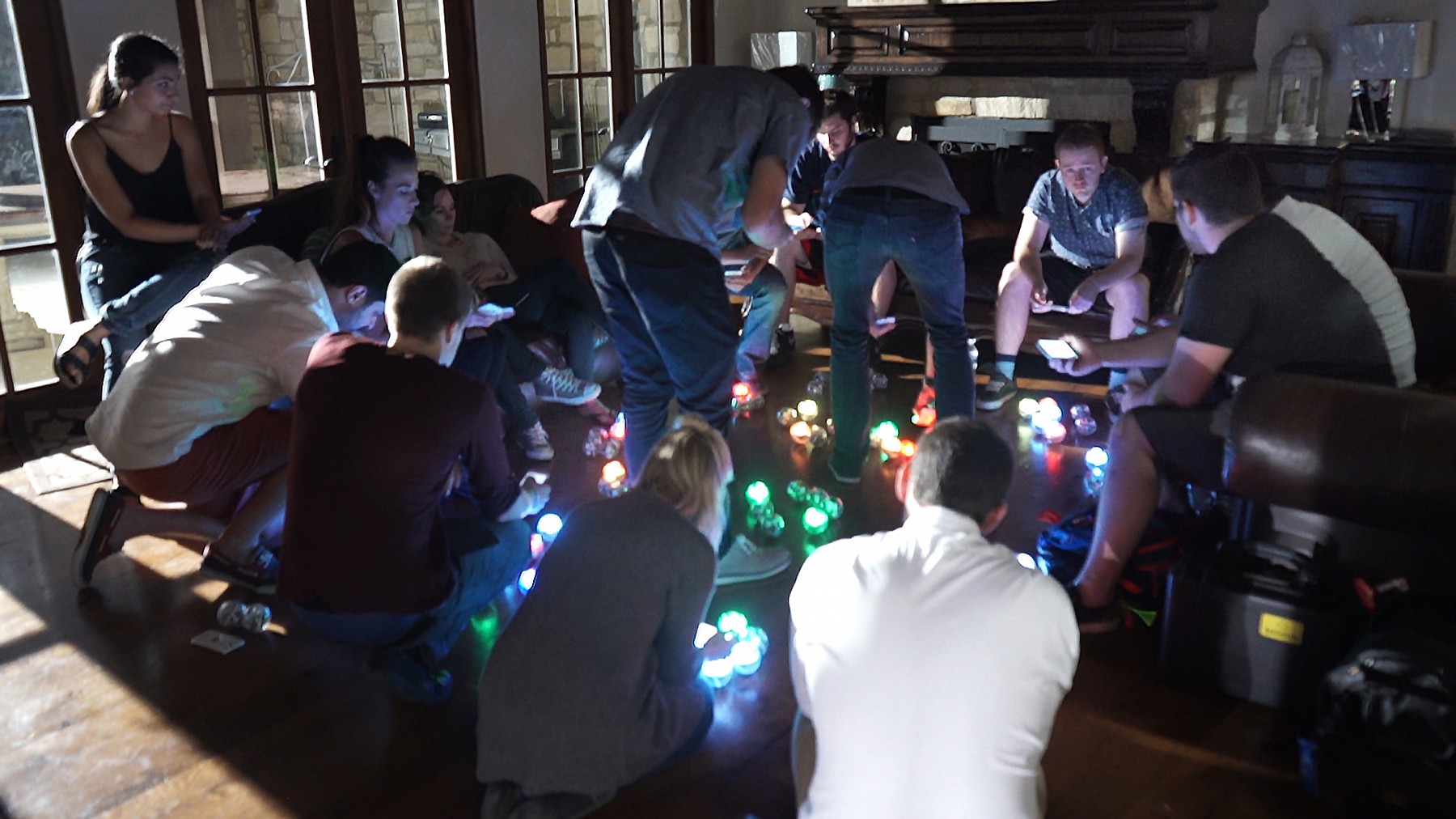