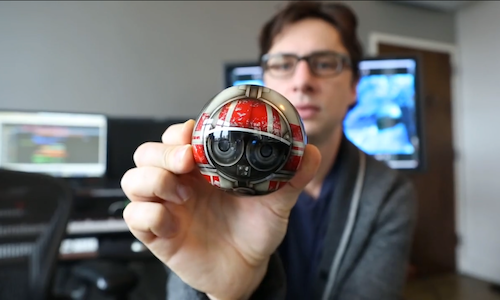 On April 24, 2013, director Zach Braff launched a Kickstarter campaign for his comedy film Wish I Was Here, aiming to make $2 million to boost the project, based on a script he co-wrote with his brother Adam J. Braff. On May 24 the campaign ended, having raised $3,105,473.

Sphero, makers of an app-enabled robot ball controlled by a smartphone or tablet, was an original backer and contributed around $7,000 to help towards the films funding. Once the Kickstarter campaign was completed and filming began, the Sphero team suggested a holiday idea that involved a robot character in the film, Jax.

Sphero worked with Zach and the producers to create a unique and fun promotion for the Wish I Was Here community in the form of a limited edition, hand painted 'JAX' Sphero just in time for the holidays. A 'golden ticket' was also given to one lucky winner that included a fully paid trip to the Wish I Was Here premier at Sundance 2014. The promotion was met with much enthusiasm and excitement and ended selling out earlier than anticipated due to demand.

This was a fun, creative, unique, and well received campaign that Zach and the rest of the Wish I Was Here movie team were excited to produce and promote.

Spheros objective was to gain product awareness within the community. We wanted to do something fun and different. Zach and his team saw value in this fun promotion loved the product. He has since tweeted about Sphero many times. 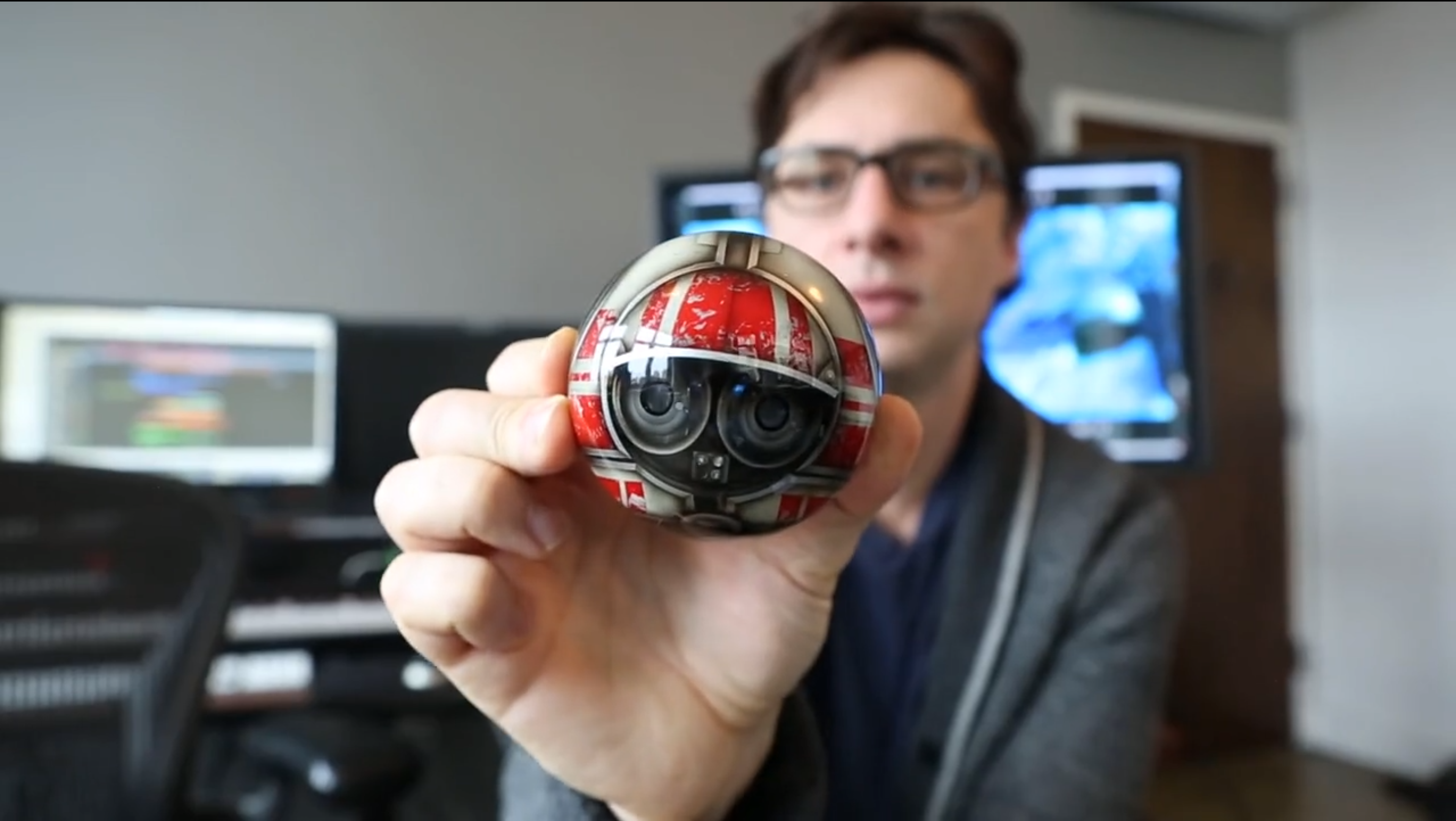 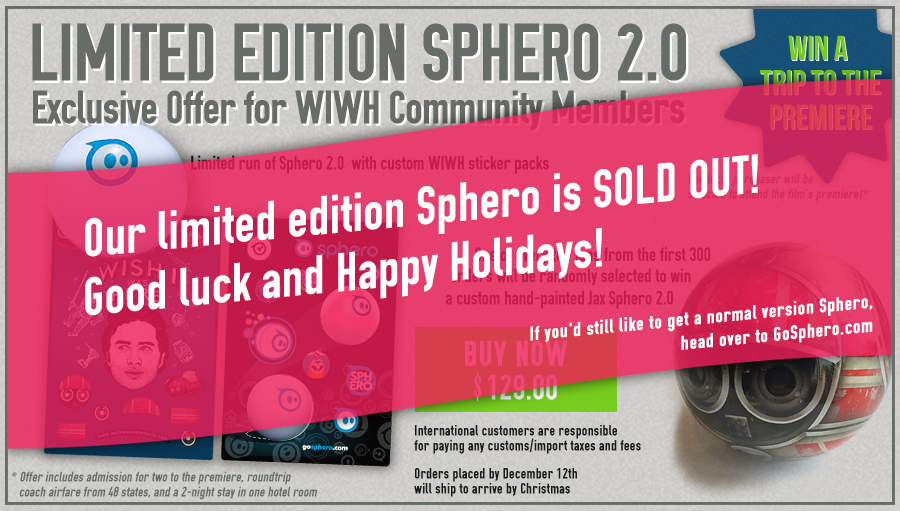 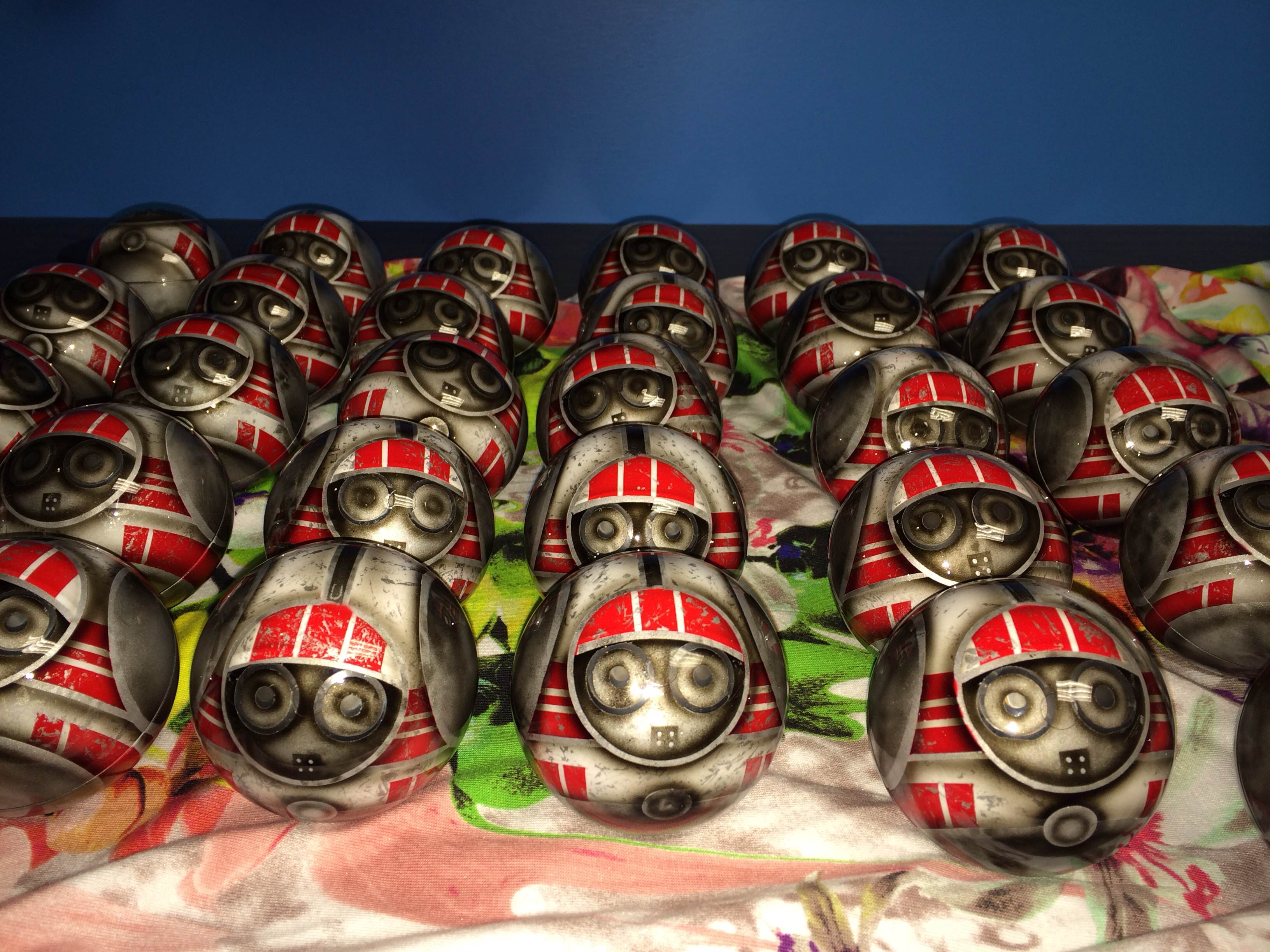 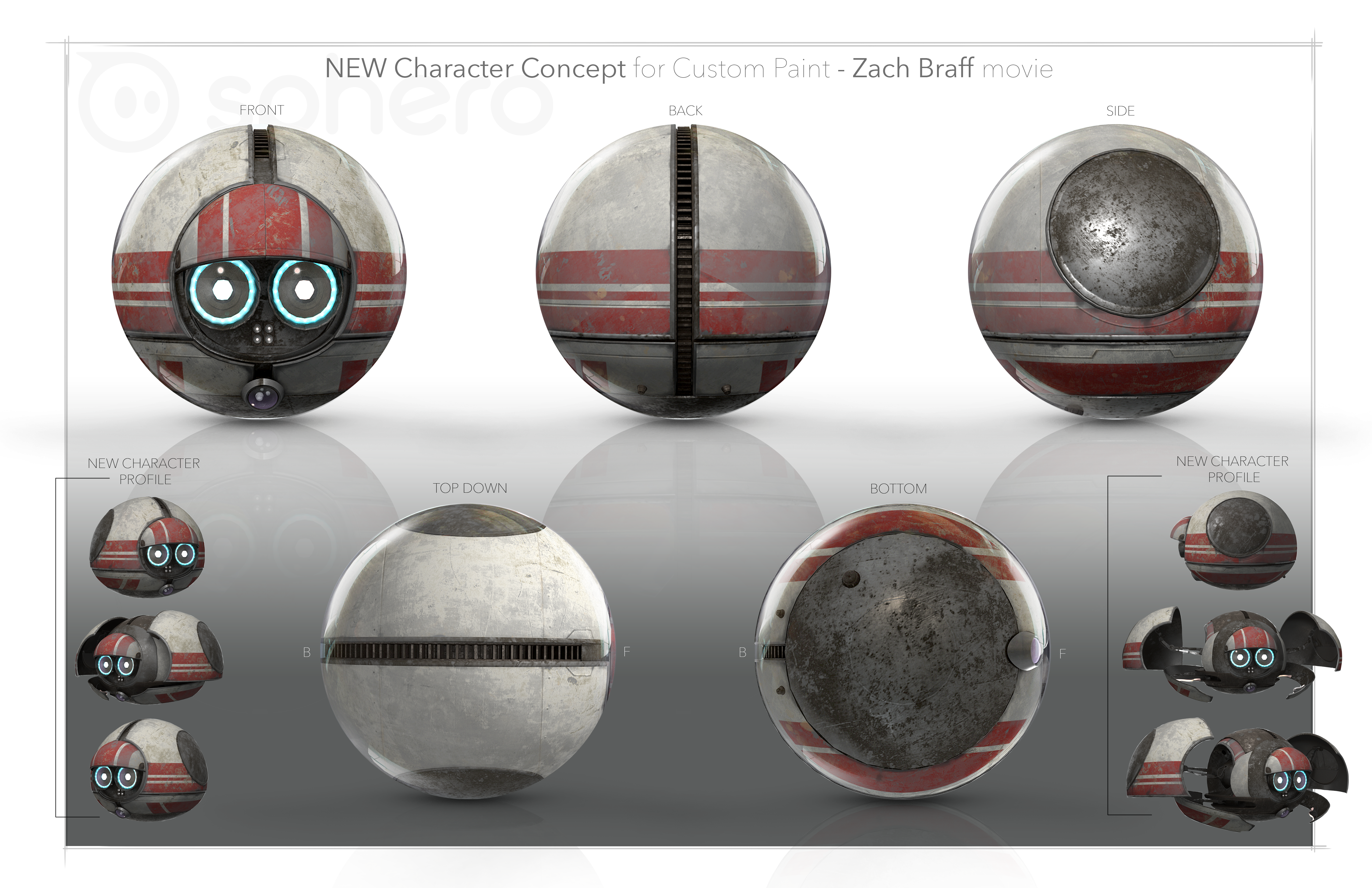 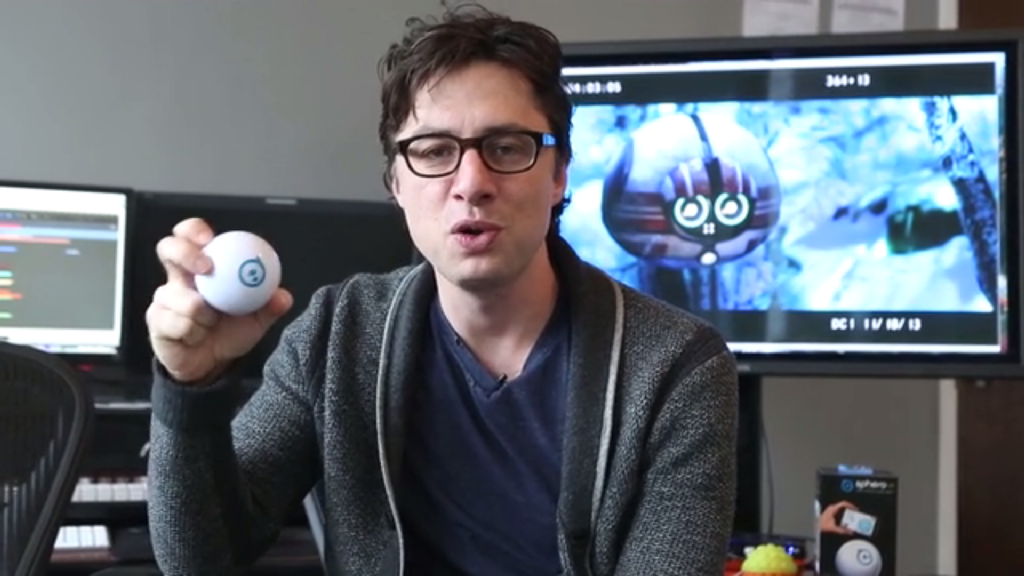