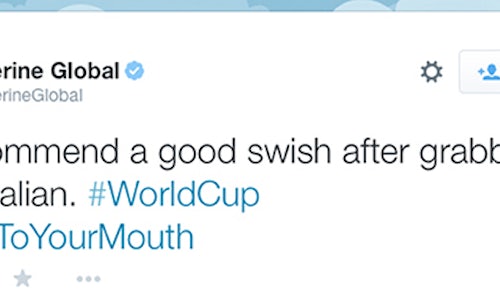 Listerine - Power to Your Mouth

For J&J's first-ever, global, brand-led social media campaign, we told the story of the World Cup – 64 matches of cheering, chanting, nail-biting and crying – using the mouths of the fans. MRY's advanced planning and predictive content strategy allowed Listerine to be there through every suspenseful penalty and thrilling victory. We gave Listerine a unique and ownable look by commissioning a local artist to create fan portraits and connected with fans using a tone ripped from the back pages of newspapers around the world, which resulted in the most engaged J&J tweet, ever.

While Listerine is the global leader in mouthwash, the brand faces one consumer problem: "forgotten cupboard syndrome." People own Listerine, but believe brushing alone is good enough, leading to lapsed usage.

In 2014, Listerine had the opportunity to become an official sponsor of the FIFA World Cup and put the brand at the forefront of cultural conversation.

But what does mouthwash have to do with football?

For both Listerine users and football fans, there is a work ethic to life. They don't do things halfway; they go all the way - from swishing after brushing to expressing passion without restraint. Nothing expresses a fan's emotional state better than the mouth. It's an instant indicator of what happens on the field, from shouts of joy to jaw-dropping disbelief.

Our solution: empower people with a voice on social media using the expressions on fans' mouths to tell each match's story in real time.

We commissioned illustrations of facial reactions paired with "pun-tastic" headlines borrowed from the tabloid style of global sports newspapers. Using predictive content planning, within minutes of any big play, Uruguayan biter or final whistle, we had the story ready to share on Facebook and Twitter.

We created 231 pieces of original content from over 20 countries in 5 languages. We gained over 529 million total impressions within social media and PR coverage in 332 media placements. Given a limited $400K budget, we were incredibly efficient, exceeding reach per dollar benchmarks by 551% versus other CPG World Cup Facebook benchmarks.

Video for Listerine - Power to Your Mouth 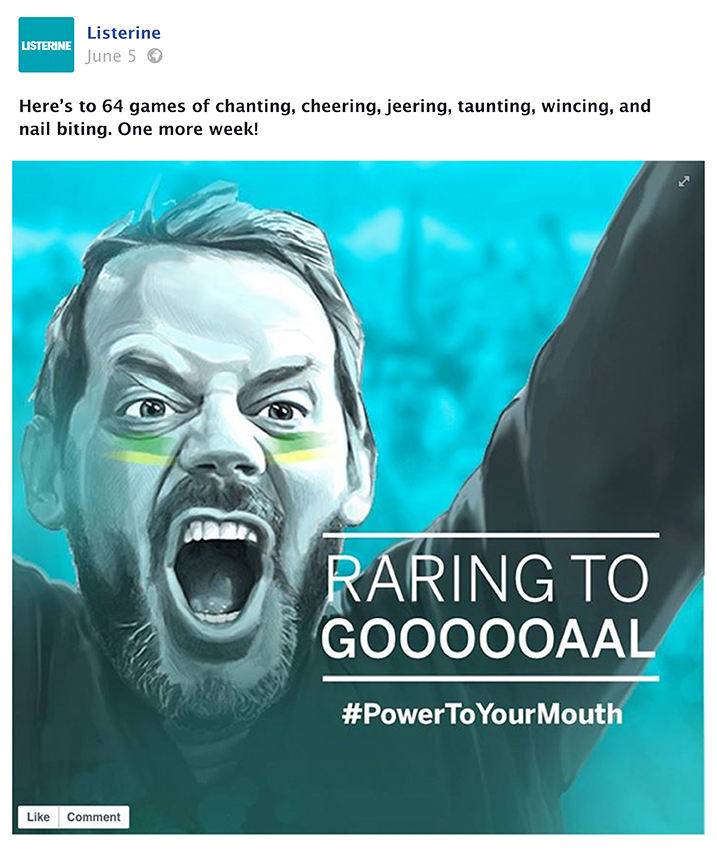 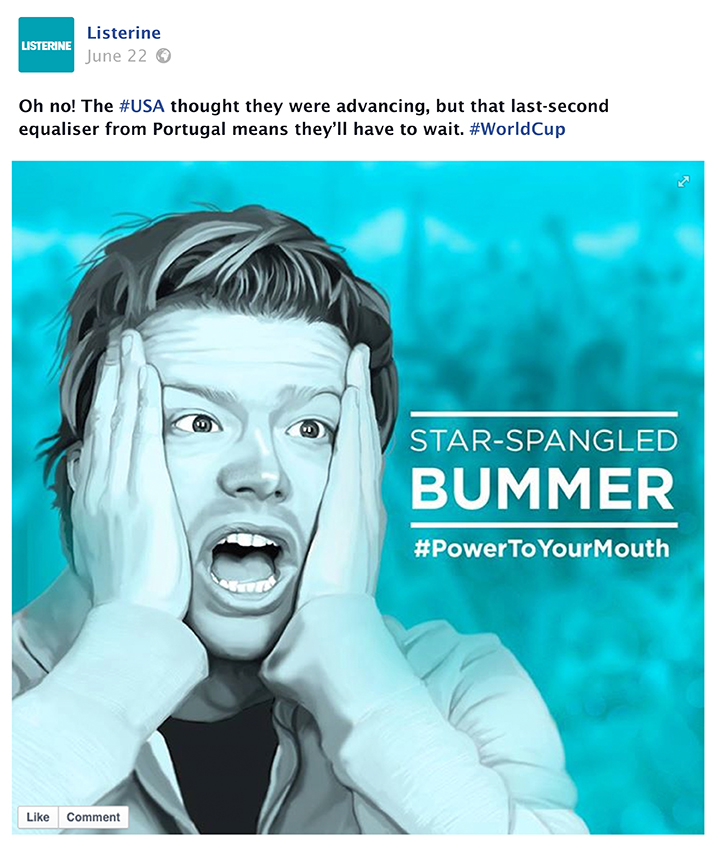