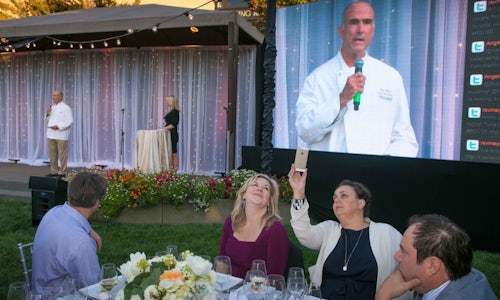 On September 20, 2014, Rodney Strong Vineyards celebrated the "Rodney Strong Silver Anniversary and James Beard Foundation's Celebrity Chef Tour Dinner" with simultaneous events in four cities with 20 participating chefs from the United States and Europe. To celebrate their anniversary of family ownership, Rodney Strong conceived an event that was broadcast live to each participating venue and online and then teamed up with Angelsmith to create an integrated earned media program across Facebook, Twitter, Instagram, Pinterest and through selected blogs. A live video was broadcast on screen at each event and through a microsite developed specifically for the 25th Anniversary, www.rsv25.com where millions of consumers followed every chop, pour and flaming entree on social media.

Twitter and Instagram were on fire with the event hashtag, #RSV25 propelling the wine and food event into the #1 organic trending item, without any paid promotion. Not only did event attendees get into the spirit of posting the event, but wine and food aficionados across the country engaged with Rodney Strong on Facebook, Twitter, Instagram and through both the microsite and the main Rodney Strong website. At the peak of the event there was a social post every 6.7 seconds.

Social media participants were the lucky recipients of recipes, photos, video and play-by-play commentary from blogger hosts and guests at nine viewing parties across the country and live social media reporters in each event location.

To demonstrate that Rodney Strong's luxury wines fit into the affluent lifestyle and reach consumers outside of traditional wine channels.

To kickstart the groundswell of support, Rodney Strong's team created a series of social events over a 7 month period leading up to the Celebrity Chef Tour dinner by leveraging their deep relationships they had built with influencers, bloggers and media.

Together, Angelsmith and Rodney Strong vetted and selected nine lifestyle bloggers to host viewing parties in their homes on the same night and at the same time as the Celebrity Chef Tour dinners. Additionally, another 30 wine bloggers were sent the same wines that would be served at the dinner to review in advance of the main event.

To serve as both the viewing place for the live video as well as a central location for all of the event information including acting as a social hub, Angelsmith developed www.rsv25.com with a custom social feed and video player. We knew that with thousands of people turning into the live feed, we would need to make sure the social media feed only reflected what was brand appropriate. Angelsmith created an approval function on the back end of the social media feed that gave our live event team real time approval capabilities.

To get the chefs and locations excited and engaged with the event, Rodney Strong and Angelsmith made it easy for them to participate socially by breaking all of the wine, food, chef and other event information down into Tweet-length posts and pre-created social assets that they could simply copy, paste and/or upload and tag.

Onsite at each of the four celebrity chef events, we made the most of the attendees. The celebrity hosts encouraged people to participate socially, and they were handed silver cards with #RSV25 printed on them. However, not every attendee who posted remembered to use the hashtag, but because we had each location geofenced by VinTank, Angelsmith was able to engage with those consumers on behalf of the brand. This effort helped generate a significant amount of retweets and engagement.

Additionally, each event had a live social media reporter who was creating original content, both stills and video through out the night. Additionally, we pre-loaded event specific posts and synchronized them to the event run-of-show.

Why We Deserve To Win:

This is a small brand which didn't purchase any of its media, they earned it. 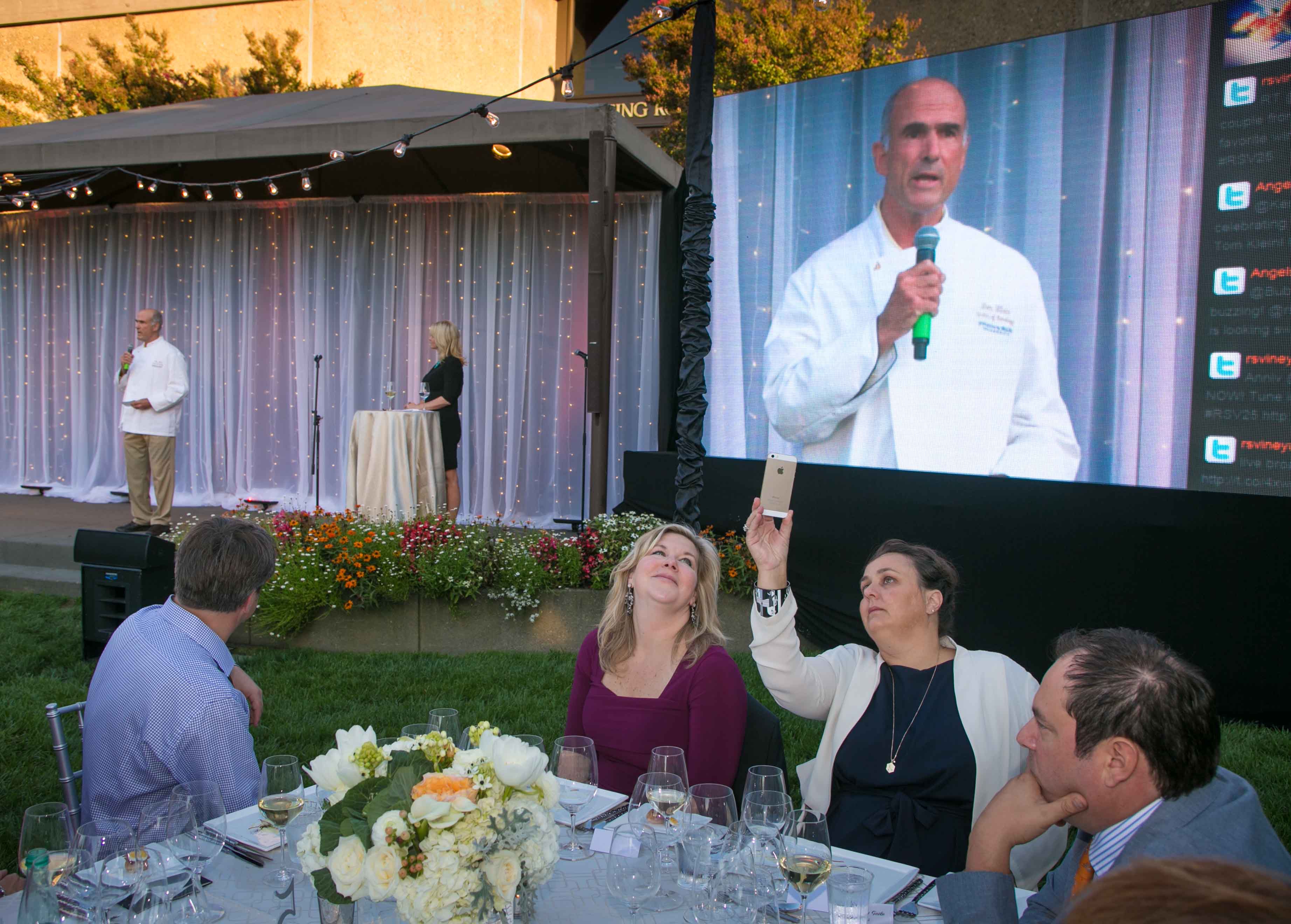 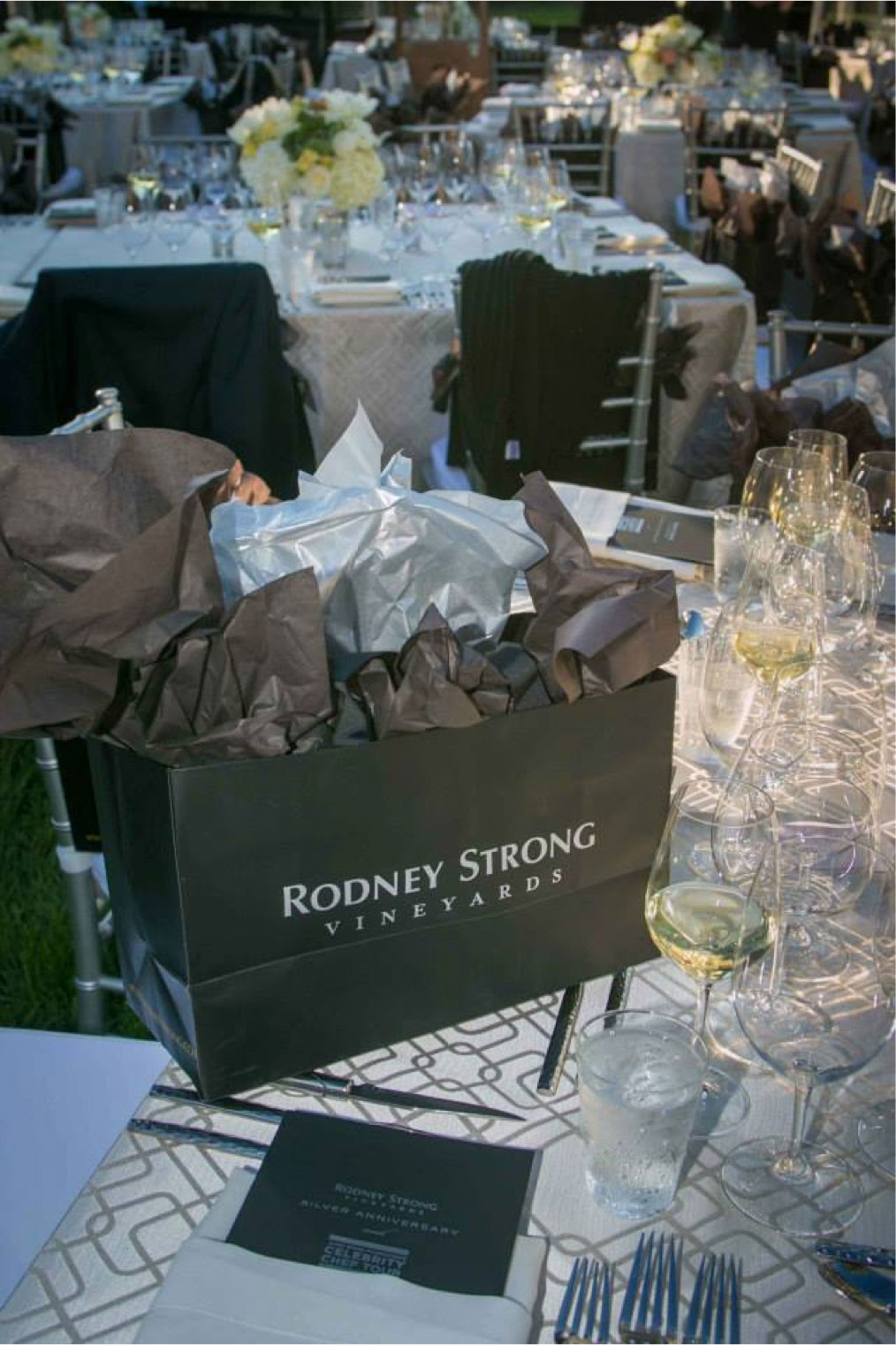 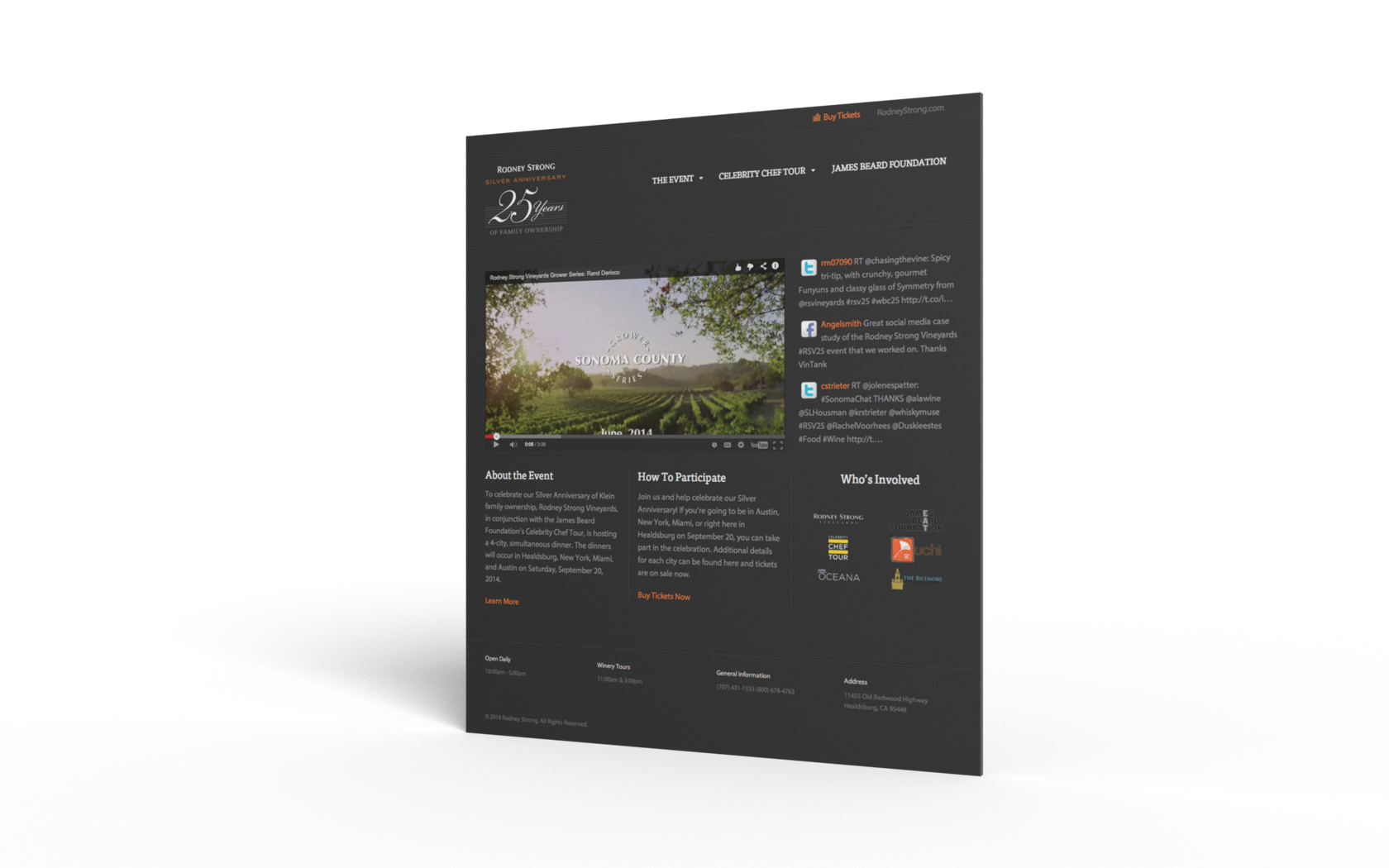