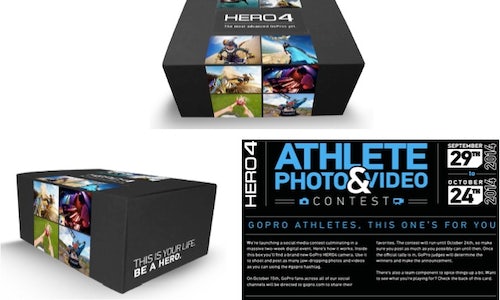 The social media team – in partnership with our sports marketing group - led the strategy, development and tactical execution of the 4-week #ShareTheStoke campaign, which challenged GoPro sponsored athletes to post photos and videos shot on their new HERO4 Black or Silver camera for a chance to win prizes, cash and GoPro glory, and invited consumers to share their favorite athlete's HERO4 content to unlock discounts, deals, gifts and trips.

The program kicked off with the coordinated, simultaneous, worldwide delivery of athlete VIP camera kits, which included a HERO4 Black or Silver camera and a number of accessories for capturing content. Additionally, the VIP kits contained educational materials for the athletes to learn the key features and modes of the new camera as well as information and instruction for participating in the #ShareTheStoke campaign, which started the day the kits arrived.

Terms of the campaign included individual and team competitions for photo and video. The GoPro sports marketing team divided the athletes into 5 teams, mixing vertical sports, males and females, and size of social media channels. You had bikers with skiers, motocross drivers with base jumpers – athletes whom, for the most part, had never interacted with each other before but were now rallying together as a team for the win.

Athletes posted photos and videos to their own social channels using #gopro. All posts were tracked and posted on the specially developed GoPro #ShareTheStoke Leaderboard on GoPro.com. The leaderboard was accessible to the athletes 24-hours a day and provided real time data on their individual and team's success and current ranking.

Halfway through the 4-week campaign, GoPro unveiled the second element of the competition – consumer engagement! The online GoPro community was invited to participate and asked to view and share their favorite athlete content on the Leaderboard to unlock GoPro discounts and deals when benchmark engagement levels were achieved. Consumers were given access to the same Leaderboard that athletes were visiting every day and motivated to share frequently to be entered to win prizes including one of 50 "One of Everything We Make" packages and a grand prize of a 7-day resort trip.

At the close of the #ShareTheStoke campaign, athlete winners were selected. Individuals and teams were awarded based on the quality of their posts, engagement with their content and GoPro executive input. The winning team will be sent on an exclusive Athlete Retreat in 2015. Five individuals for photo received $5,000 plus an exclusive photo shoot with our media team, a billboard or print ad, and Photo of the Day on GoPro online channels. Five winning individuals for video received $10,000, an all-day adventure with GoPro founder and CEO Nick Woodman, and a featured edit on GoPro online channels.

The #ShareTheStoke campaign BLEW THE DOORS OFF our KPI estimates. We exceeded number of total athlete posts by 60% (goal: 2,000; actual: 3,193) and nearly tripled the anticipated number of interactions on the leader board (goal: 3M; actual: 8.3M). We met our KPI of # of new fans/followers for the athletes (1.5M). Both athletes and GoPro achieved a significant lift across Instagram, Facebook and Twitter with athletes receiving a 26% increase in new followers when compared to the previous 3 months of activity and GoPro experiencing a 34% increase in new followers against the same time period. 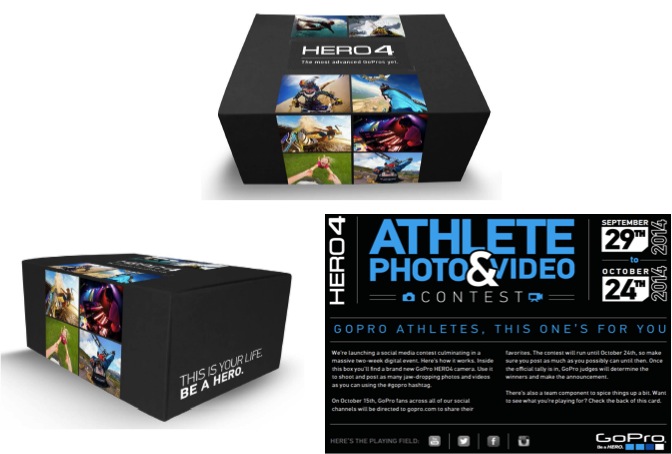 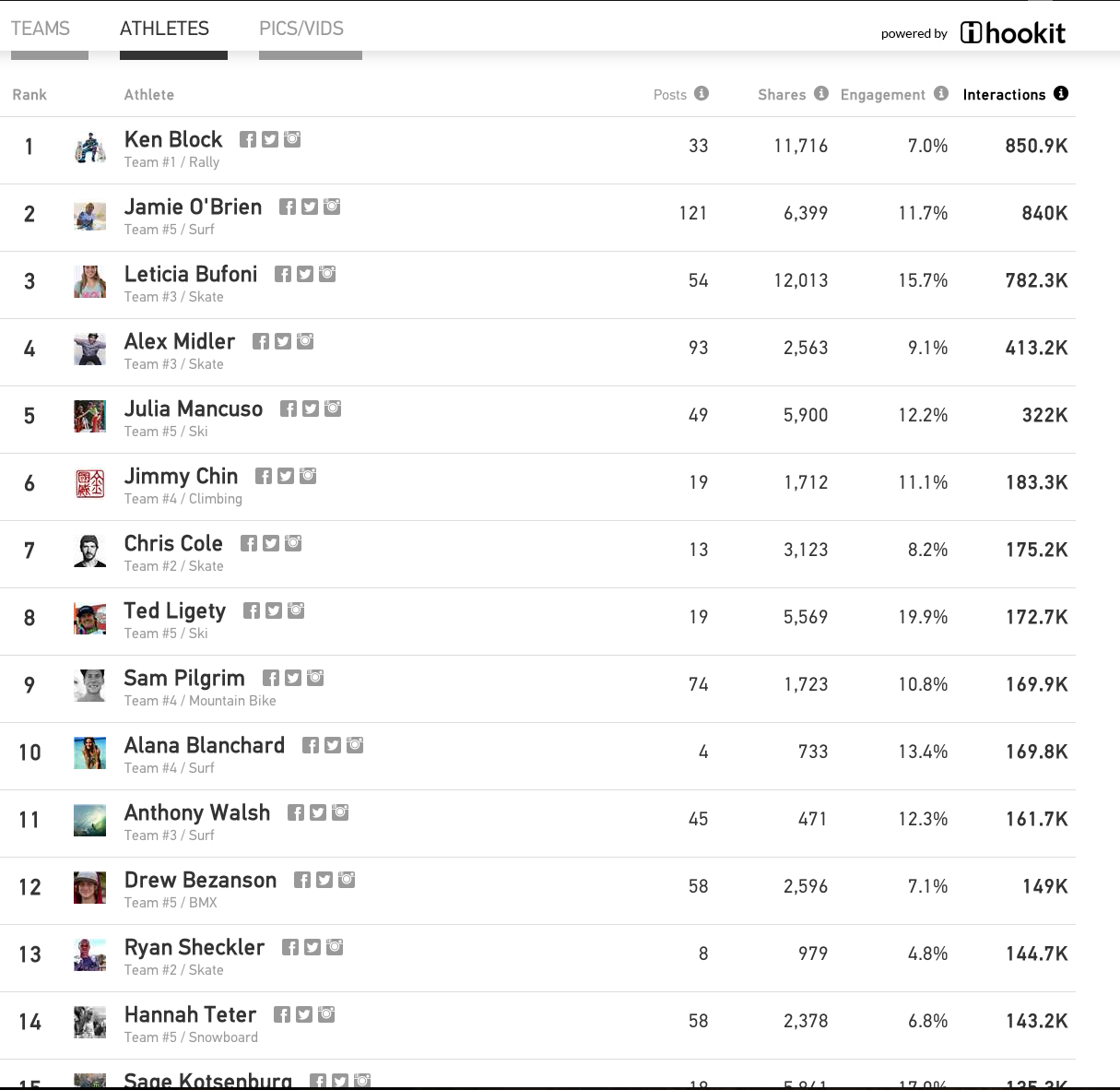 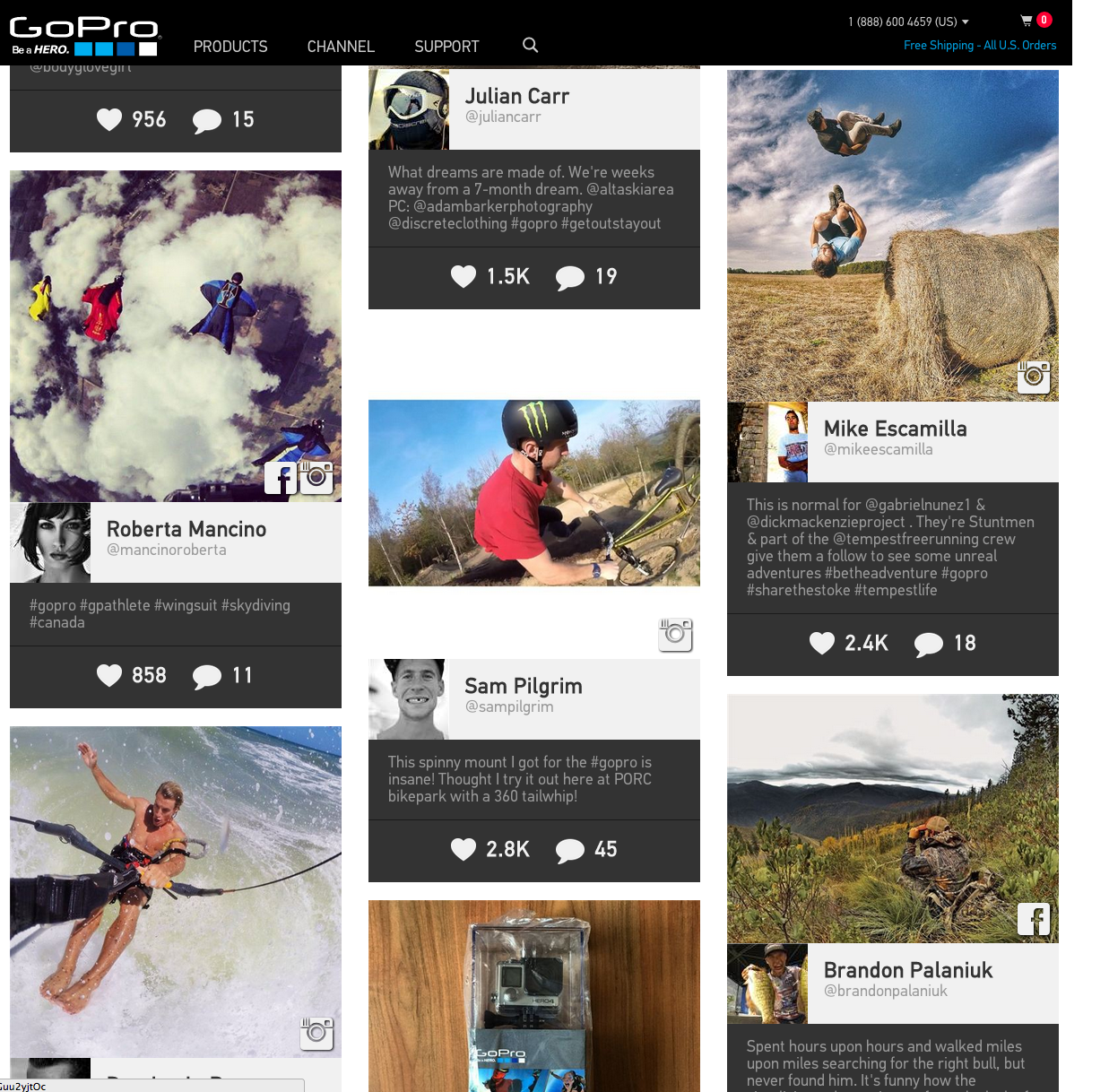