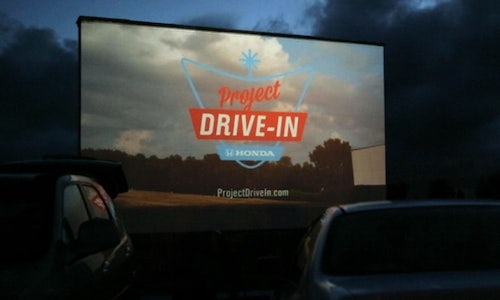 By the end of 2013, many of America’s remaining 400 drive-ins faced going dark forever with Hollywood's switch from film to digital projection; Studios will stop distributing movies in 35mm film. Drive-ins operate on very low profit margins, making an $80,000+ upgrade to digital projection unaffordable. So Honda led the charge to save them by donating five digital projectors and launching Project Drive-in, a movement to help #SaveTheDriveIn. Driven by social media advocacy, the campaign used drive-ins’ existing Facebook communities to bring people together in support of saving them. Drive-in owners received a toolkit to campaign for votes on social media, and projectdrivein.com made spreading the word easy with pre-written social posts, profile photos, and digital badges. The project helped spark a national conversation, and 13 drive-ins have been saved so far. Watch how we ignited the Project Drive-In movement: One thing Honda recognized is a trend that’s been going unnoticed for years: The slow decline of the drive-in movie theater, an iconic American family pastime. After year of steady decline, the industry was at a major crossroads. By the end of 2013, Drive-ins would be required to switch to digital projection. The high cost of conversion ($75K+) threatened to put a majority of the fewer than 400 remaining U.S. drive-ins, mostly in small towns, out of business. A contest was used as a central hook. The contest would save 5 winning theaters. More important, it would be the locus for awareness and engagement of the broader issue. The basis of the contest was a public vote to decide which theaters would get one of 5 digital projectors being donated by Honda. But that was just the beginning. The overall effort included a choreographed use of digital and social media, experiential, PR and guerilla materials. Our launch video seeded the effort with Honda’s online communities and with media organizations; a dedicated website became the rallying point allowing people to vote, donate or share the cause with their friends and family; we hosted pop-up drive-ins; to keep the crusade accessible, we even created an Indiegogo fund so people far and wide could contribute to the cause, even if they didn’t have a specific drive-in to support. But the heart and soul of the effort came from on-the-ground supporters. Armed with a Honda created campaign tool-kit, we encouraged individual drive-in operators and their fans to campaign for votes and draw attention to the need in their communities. This is where the outreach took scale. Local news services were the first to pick up the story and then national print and TV news coverage expanded, including coverage on NBC Nightly News. While Project Drive-in reached scale in national news, the grassroots stories of outreach and involvement were golden. Stories of a Senator posting movement signage outside his office, a local pastor encouraging parishioners to vote, and even a local school district that made voting for their local drive-in a daily mandatory assignment for every classroom and student in every grade. They would later go on to win a projector for their local drive-in. A goal we had was to attain national attention for the movement to save drive-in movie theaters. We had more than 867 million cumulative impressions, including all social channels and press coverage and more than 408,000 social shares, with 92% positive sentiment (across blogs, forums, Twitter and news). We had numerous mentions from influential celebrities, such as Wes Craven and Kristen Bell. We wanted to spark consumer engagement. Specifically get Honda fans, concerned citizens and local communities involved. We had approx. 2 million visits to projectdrivein.com, 2,104,552 (unscrubbed) votes, and 283,178 cumulative online engagements. 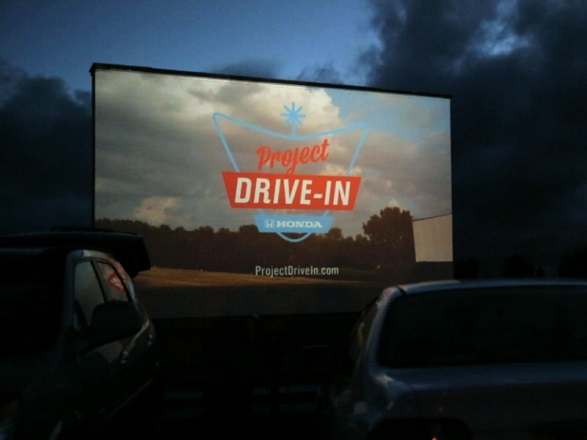