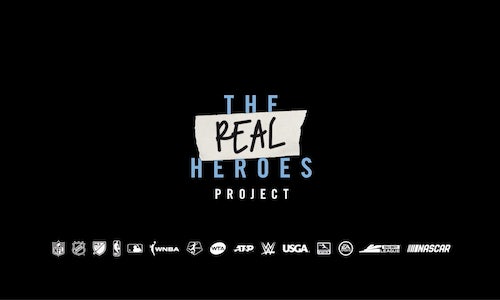 The Real Heroes Project was a non-profit initiative intended to rally support for frontline healthcare workers in celebration of National Nurses Day. It was a joint effort to combine forces between fourteen major sports leagues and unite behind a common cause for good, by using the power of sport to uplift and inspire those who needed it more than ever.

Uniting like never before, the world of sports came together to honor courageous frontline healthcare heroes with personal tributes. The biggest stars became the biggest fans by altering their names on the backs of their uniforms and replacing with the names of the healthcare workers. Social films featuring this act along with heartfelt shoutouts shared the personal stories of real healthcare heroism. Athletes, teams and leagues ignited their fan bases creating a surge of participation. The campaign kicked off on National Nurses Day, but the movement extended far beyond. By leveraging our combined followership to uplift and inspire frontline healthcare workers across America, the initiative created a moment in culture, in a way only sports can.

Frontline healthcare workers are in a vicious battle. They are at the highest risk of exposure. They have no substitutions. They see no end in sight. We noticed a common thread with the inner strength that athletes need to dig deep in order to push through in the face of the toughest adversity. So we asked ourselves how a super alliance of sports leagues could set their challenges and differences aside to come together for a common cause, in a unique way. By leveraging the collective sports community’s reach, we were able to combine forces and rally behind a singular goal: Spread a message of gratitude to those who need it most. The act had to be simple enough that it could be replicated, with a low barrier for entry. The message had to be clear and powerful enough to connect with a large audience as well as resonate on an individual level for the healthcare heroes. While other initiatives were thanking the collective of healthcare workers, our message was aimed at celebrating individuals on a one-to-one basis. We set out to create a powerful grassroots movement to help give these individual heroes the strength to keep fighting.

The Real Heroes Project created a social movement to show support and solidarity to frontline healthcare workers. The player-led rallying cry generated over 10 million views across league and player social without paid support and inspired over 24 thousand sports fans across the world to share their personal tributes to individual healthcare workers that inspired them.

The buzz created from the movement led to over 3.3 billion impressions, 87 thousand hashtag mentions and caused #TheRealHeroes to trend nationally on Twitter.

And most importantly, we supported the healthcare community in a time when they needed it most: “Speechless at this INCREDIBLE TRIBUTE from @naomiosaka - the number 1 tennis player in the world!!!!!! Hidden under my mask is the biggest smile. Thank you so much for this unbelievable gift” - Dr. Shamsah Amersi. 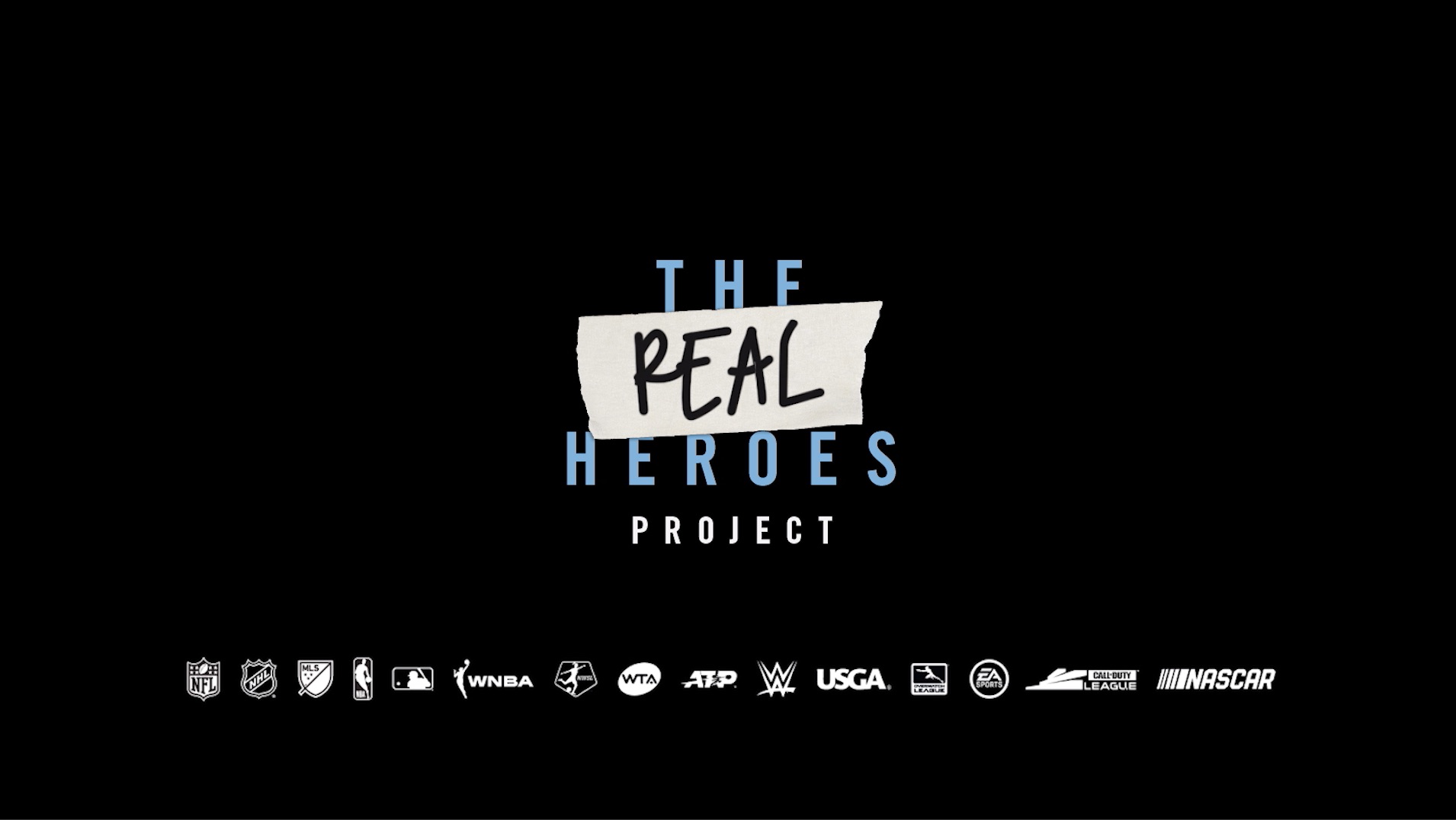 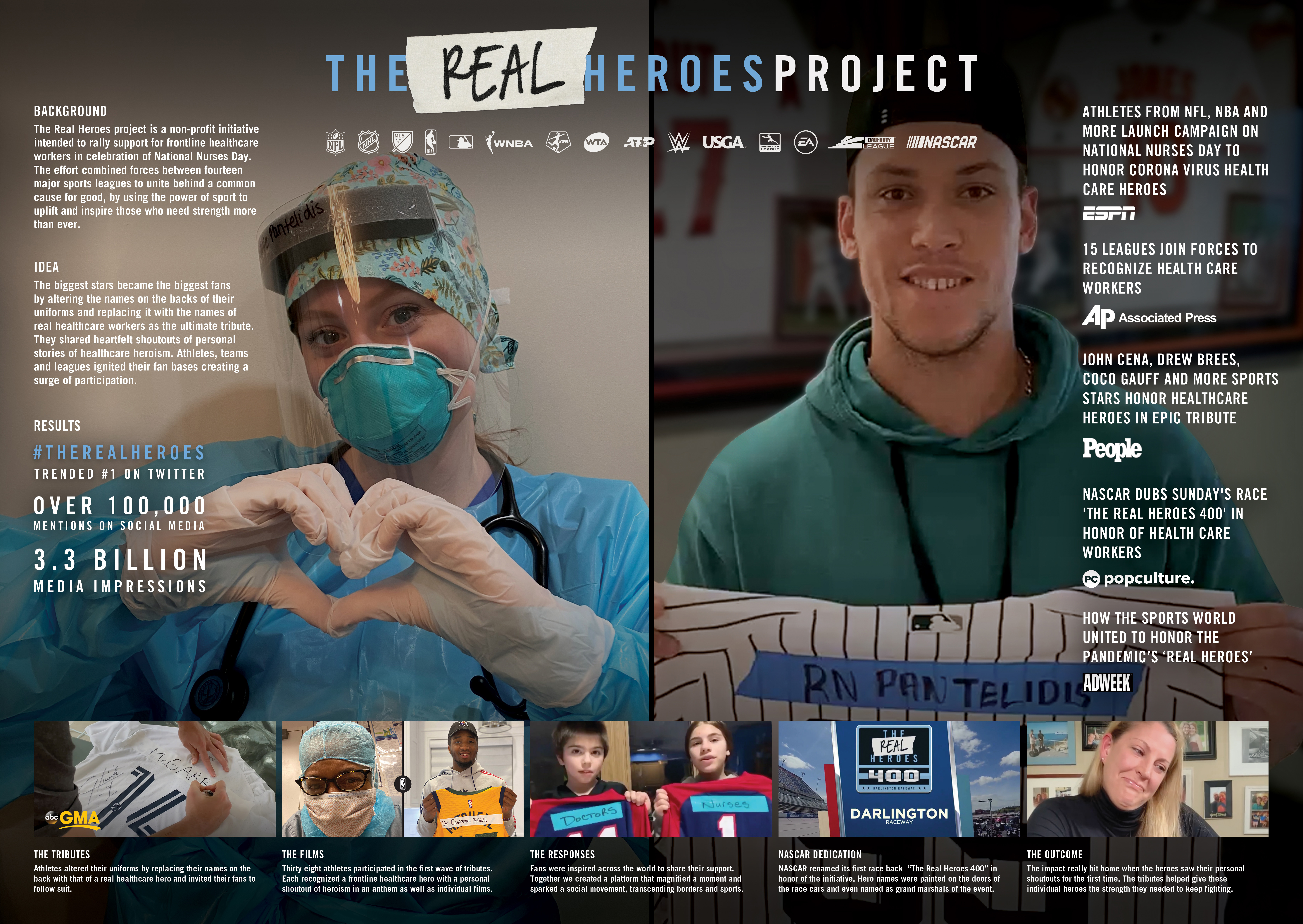 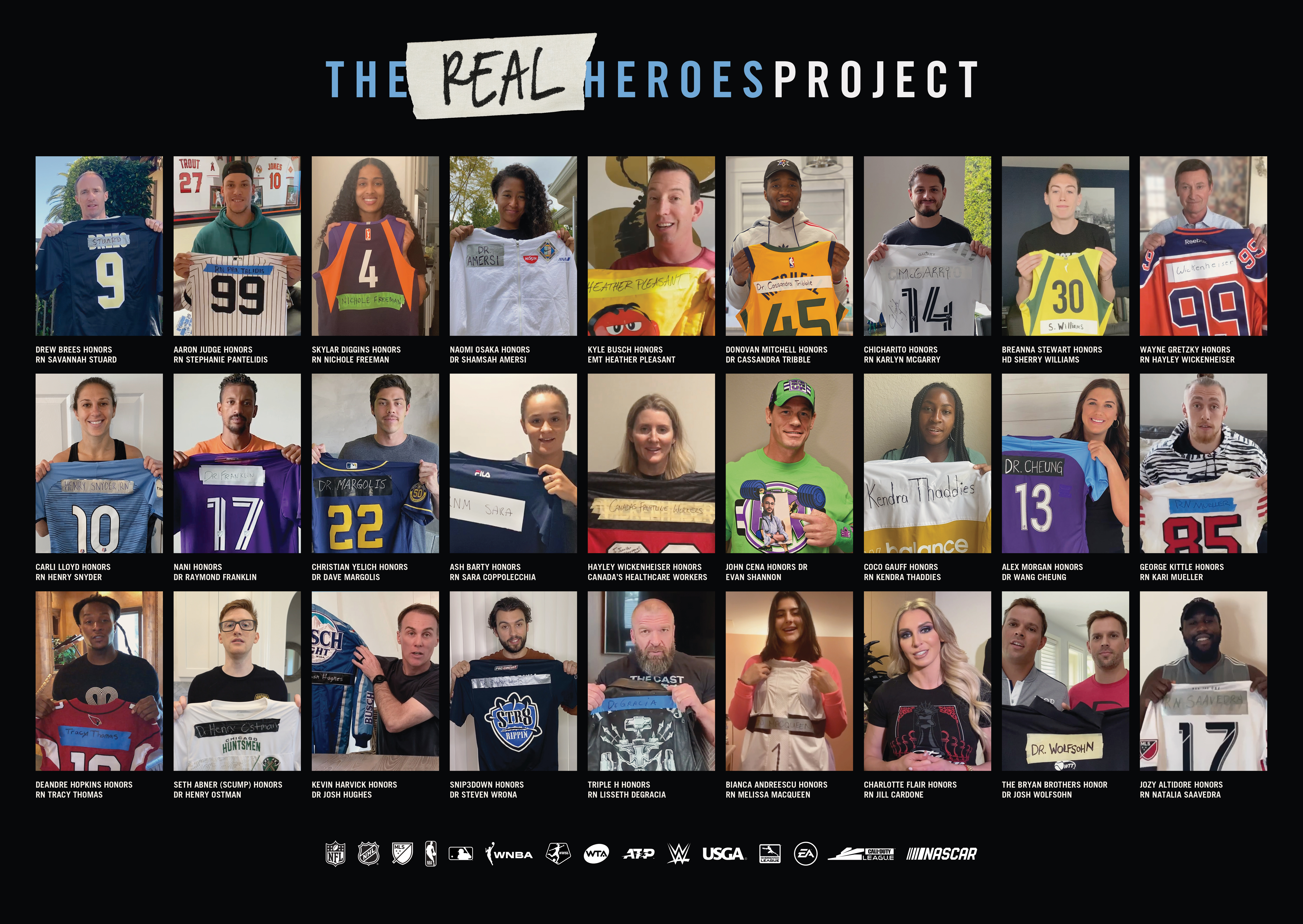