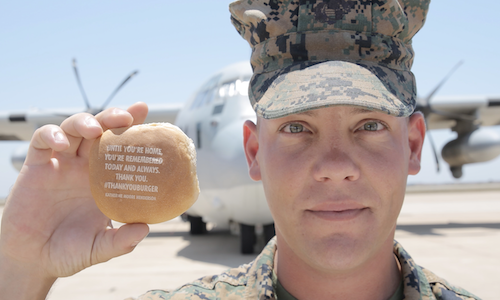 Carnival is the world's largest cruise line. We usually relied on mass marketing channels to get our message out, but that approach started to yield diminishing returns. We were looking to reboot how we engaged with consumers in a way that sent a signal that the brand was culturally relevant, modern and progressive.

These brand imperatives coincided with a desire to take to the next level our partnership with Operation Homefront, a non-profit organization servicing America's military families. We wanted to do more than just raise funds for a good cause. We wanted to make meaningful connections for those who serve in the U.S. military and their families.

We already had a large and engaged social following. The objective here was to amplify that and create a large-scale social activation that shined a light on the dedication of the troops and Operation Homefront—with Carnival as the great enabler.

Three key opportunities guided our strategy. First, Carnival has an innate connection to warm-weather fun because it sails the Caribbean all year. That presented an opportunity to leverage a summer-related theme for activation. Second, the brand needs to attract the next generation of cruiser, which meant a social activation idea had to use technology in innovative ways. Third, the troops and our partnership with Operation Homefront had to be front and center to prove the brand's sincere commitment to the military.

Insight: People want to say and troops love to hear, "Thank you for your service," but distance, time and lack of personal connection make it harder than it should be.

Strategic approach: Blur the lines between the digital and physical worlds to enable people around the world to deliver heartfelt gratitude to U.S. troops on the country's most patriotic day of the year—the Fourth of July.

Every Fourth of July, Americans nationwide celebrate their freedoms over a barbecue. And yet many of the troops who make those very freedoms possible find themselves far from home on the holiday—and unable to take part in the celebration. So we and Carnival Cruise Line, a brand all about bringing people together, along with Operation Homefront made it possible to bring Americans and troops together for The World's First Social-Powered Barbecue.

Americans posted messages of gratitude to the military on social media using #ThankYouBurger. Then, at Marine Air Corps Station Miramar (MCAS) in San Diego, these messages were laser-inscribed live onto hamburger buns and shared with Marines—with each bun printed using a custom built social-to-physical lasering device.

Across three offices and across the U.S.—marketing materials, social partnerships, event details, and the tech-enabled grill itself were designed and built out over the course of three months. Marketing was placed entirely in social media and was targeted nationally. Participation was welcomed from individuals around the world as the campaign and message was spread further, over the course of the time from late June to late July.

#ThankYouBurger helped incorporate cruising into culture and inspired positive brand sentiment by connecting with, engaging, and uniting both social and military communities. The campaign yielded over 142 million impressions, over 16,000 #ThankYouBurger submissions and over 12 million video views. Social sentiment was overwhelming positive, elevating Carnival's position as America's cruise line. Comments were focused on simple and heartfelt statements of gratitude and garnered pride from both families and veterans. And Marines posted messages back to the people who participated in the campaign to express thanks both for the messages and barbecue. 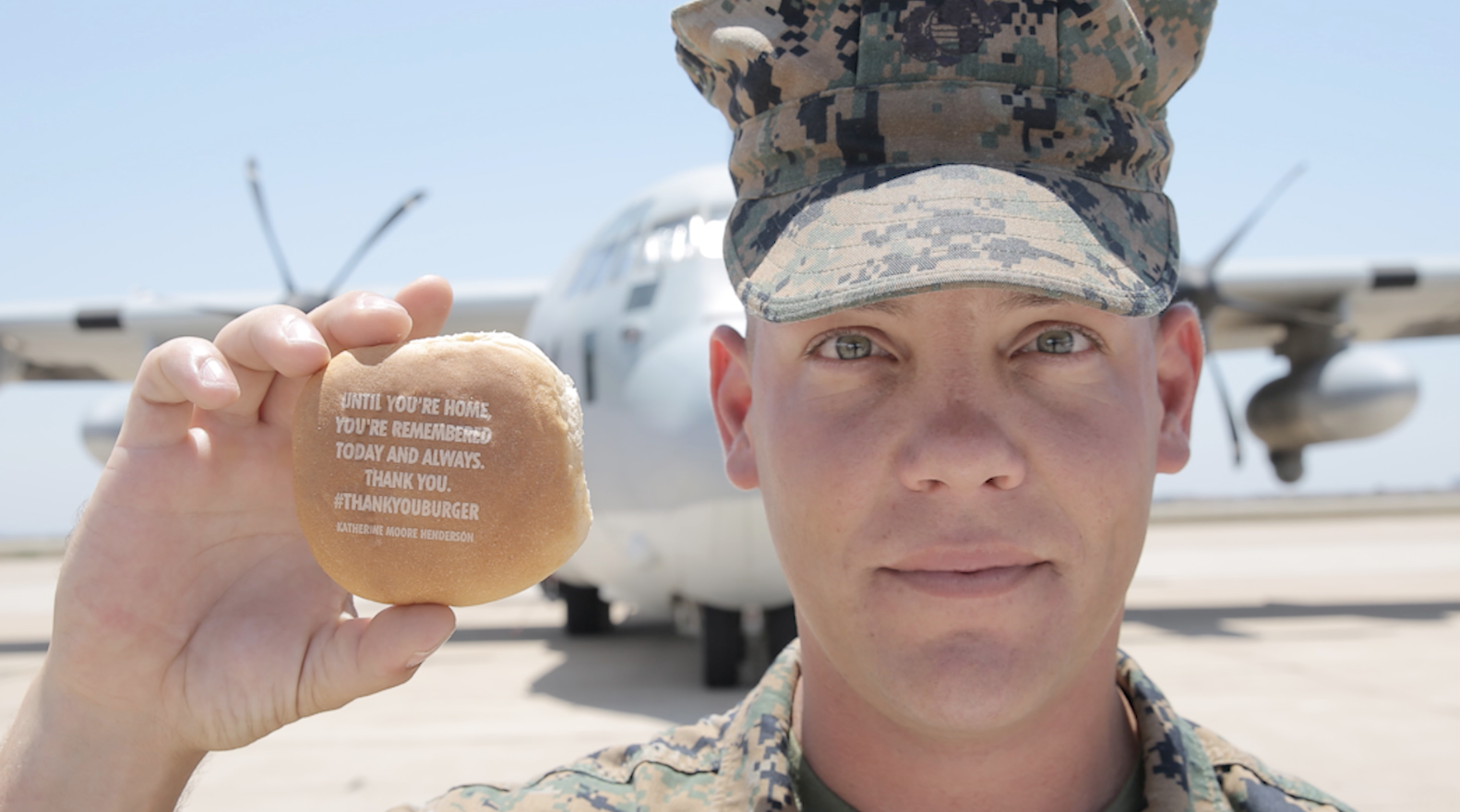 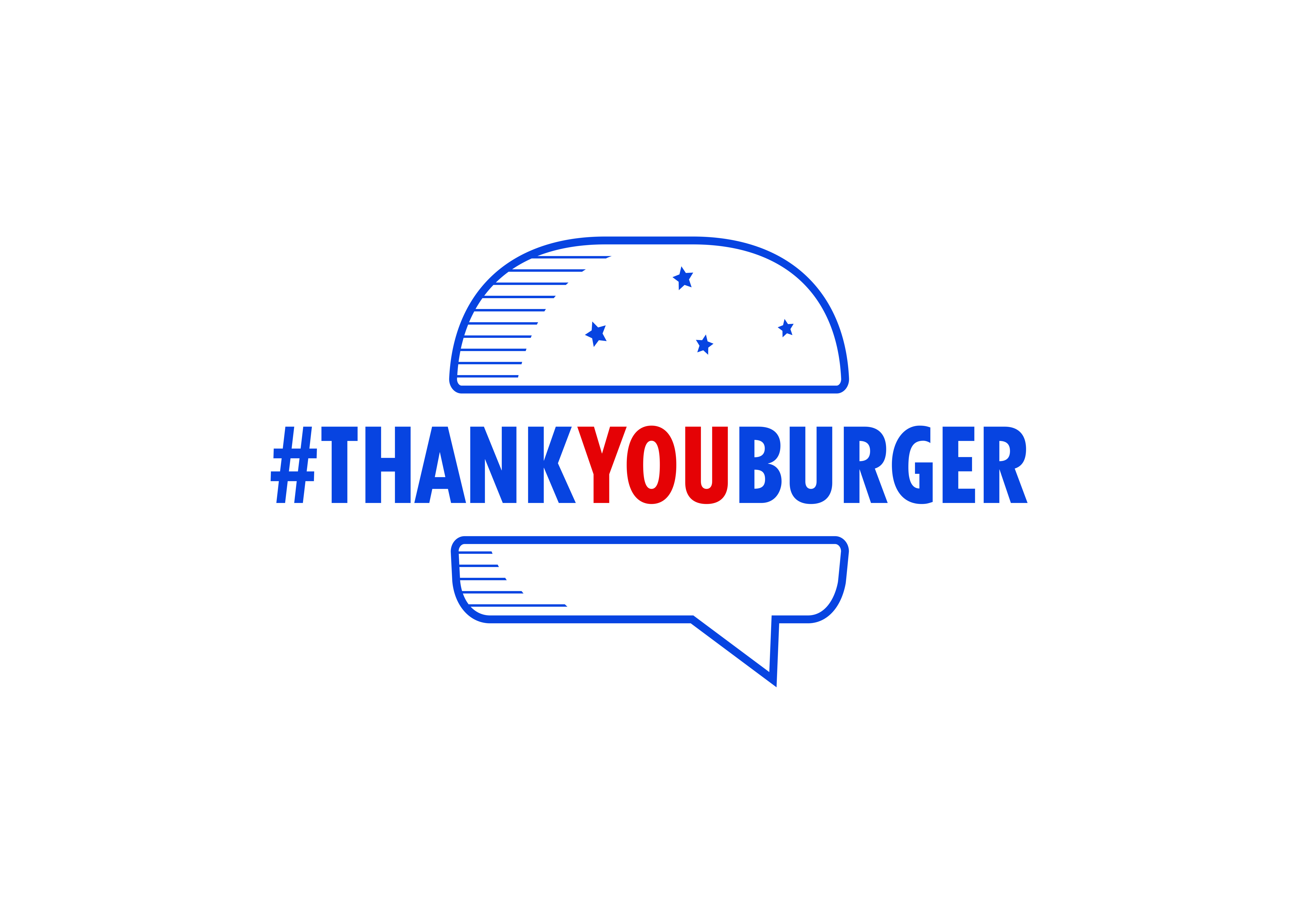 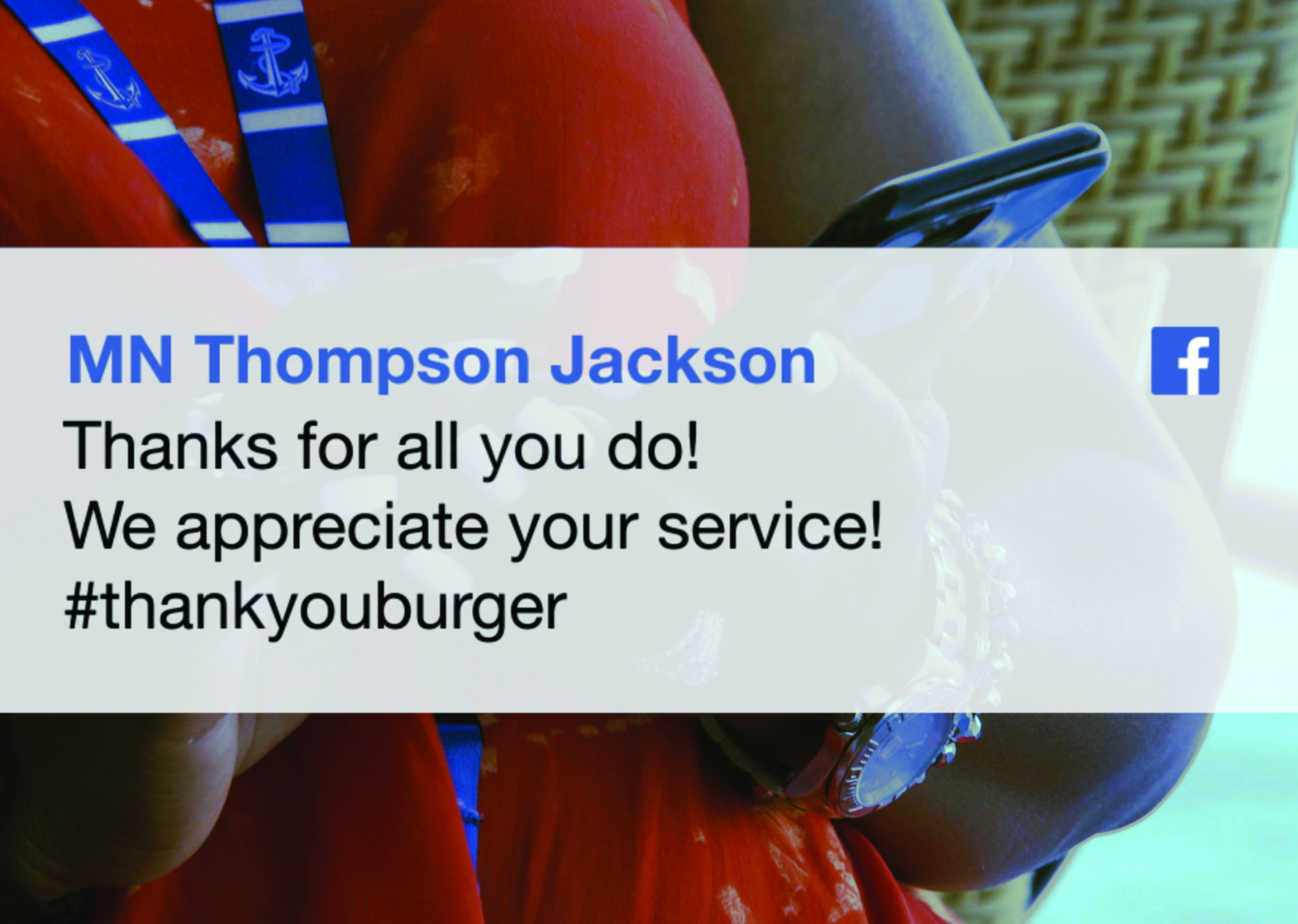 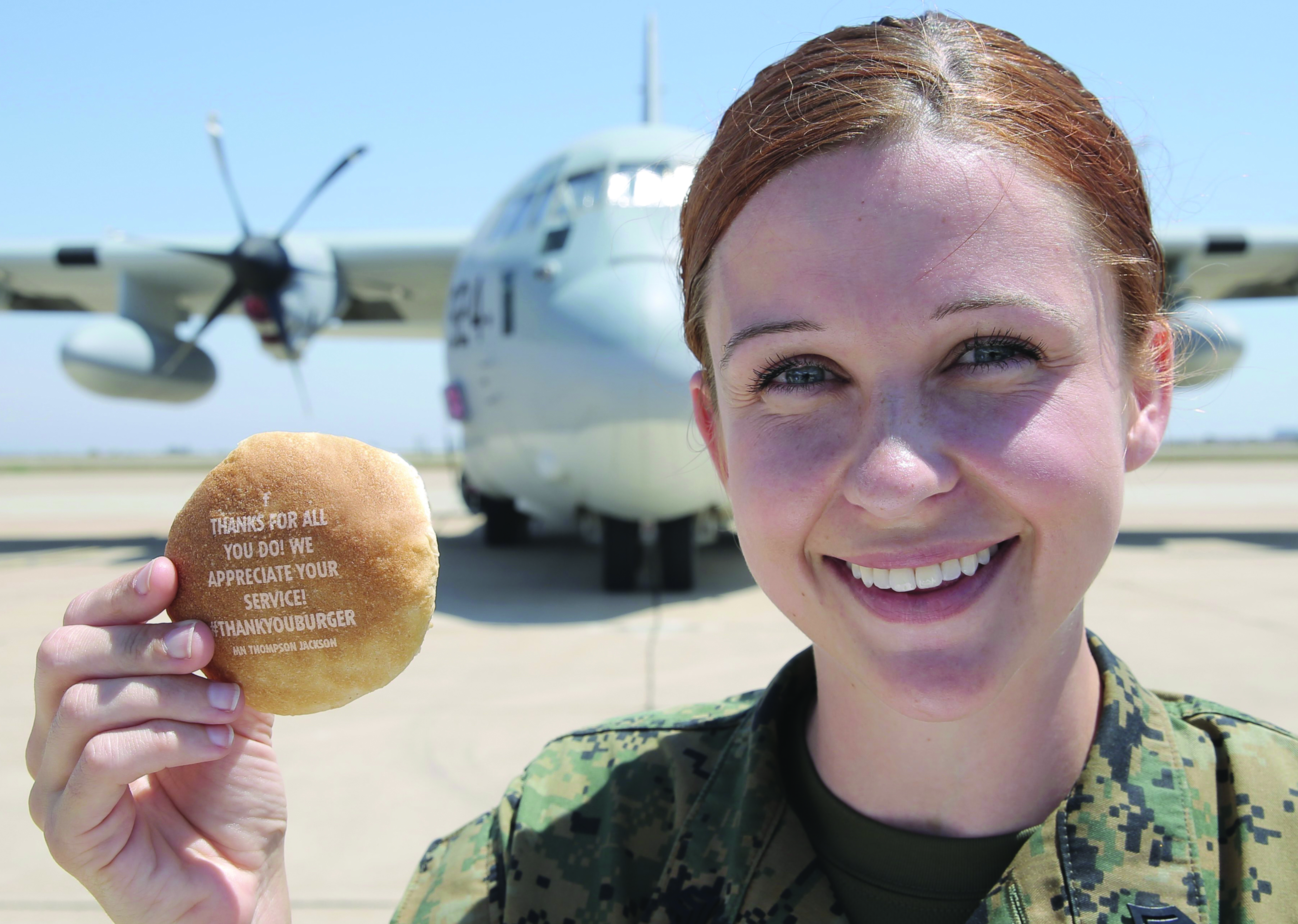 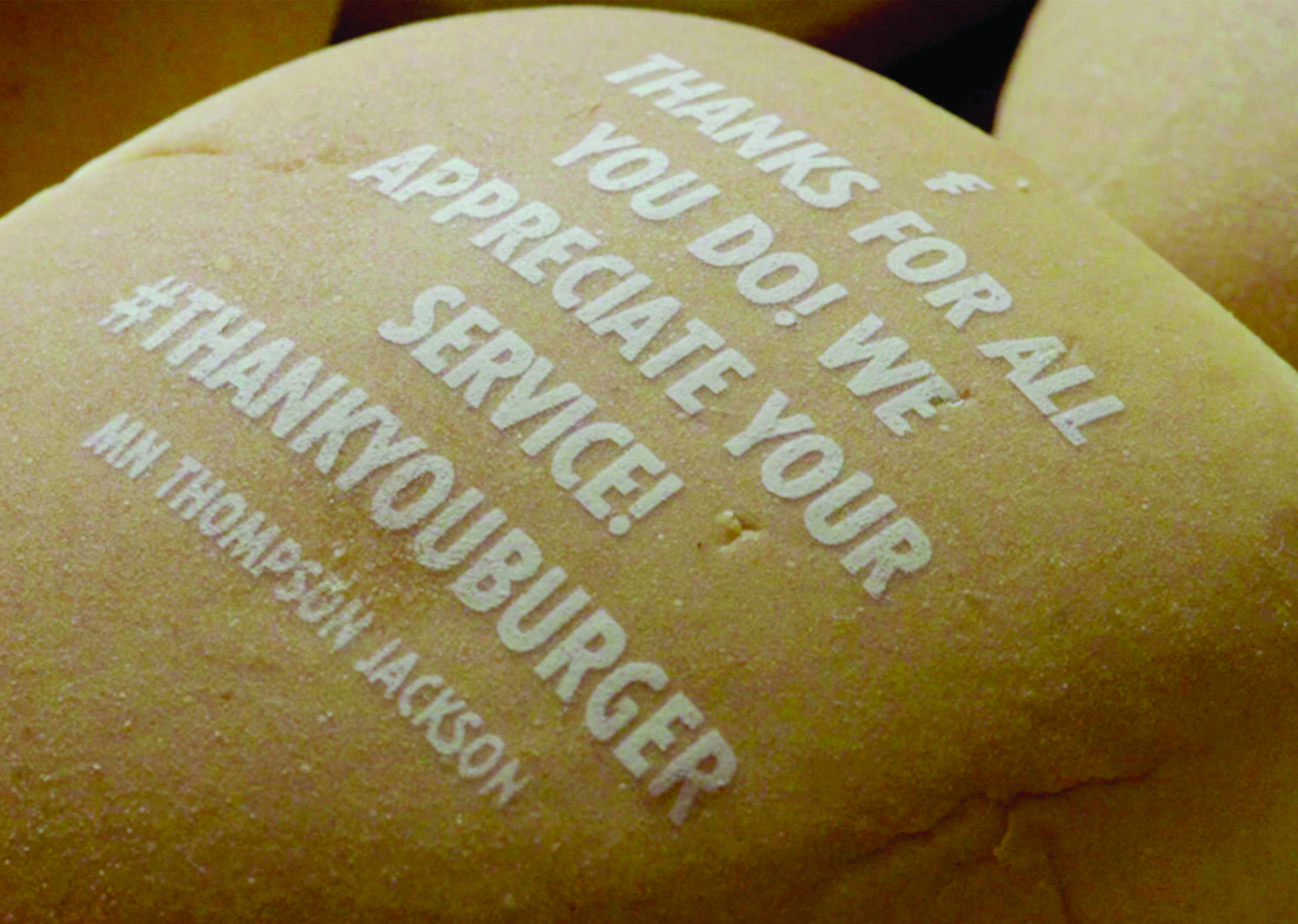