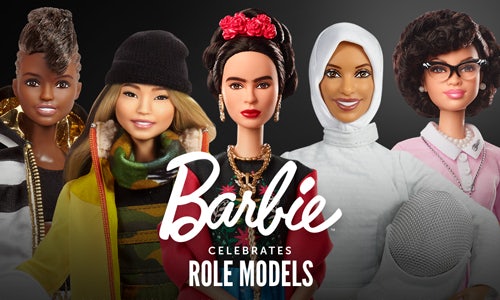 Since 1959, Barbie has inspired girls to be anything. From princess to president, astronaut to zoologist, there isn't a plastic ceiling Barbie hasn't broken. In 2015, Barbie initiated the Sheroes program, the brand's highest honor, to recognize women who have broken boundaries to inspire the next generation of girls. Previously honored women, include Ibtihaj Muhammad, Misty Copeland, Ava DuVernay, Eva Chen and Ashley Graham.

Despite efforts, 86% of moms surveyed are still worried about the kind of role models their daughters are exposed to. As the original girl empowerment brand, in 2018, Barbie doubled down on its commitment to shining a light on empowering women from around the world with the launch of Barbie Role Models.

The Barbie Role Models campaign launched on International Women's Day in 2018. Always reflective of cultural, Barbie seized the moment to ignite a conversation around the importance of positive role models by honoring 17 historical and modern-day women from around the world. These women come from diverse backgrounds and fields and are breaking boundaries to inspire the next generation of girls.

The 3 historical Role Models–Amelia Earhart, Frida Kahlo and Katherine Johnson– were honored with the debut of the Inspiring Women™ Doll series. These dolls were designed to inspire young girls to explore their own limitless potential while learning about the incredible women who helped pave the way.

Each of these extraordinary women of the past and present shine a light on underrepresented roles–only 30% of scientists, 7% of pilots, and 11% of film directors are women to name a few.

For the global launch of Role Models, Barbie drove awareness to the campaign and activated a conversation through digital and social platforms. The role models campaign page created a hub on Barbie.com that celebrated global role models and their accomplishments. On social channels, Barbie asked fans to share #MoreRoleModels as a global call to action to ask fans to tag and share the female role models that inspire them.

Barbie is thrilled to continue to shine a light on real-life role models, these extraordinary women, to remind girls that they can be anything. Because Imagining she can be anything is just the beginning, actually seeing that she can makes all the difference. 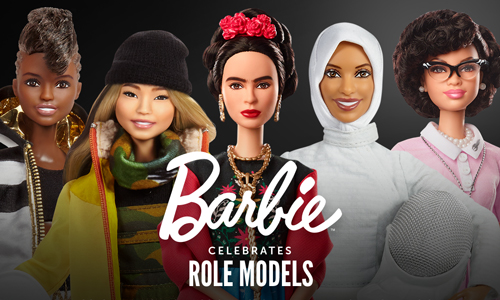