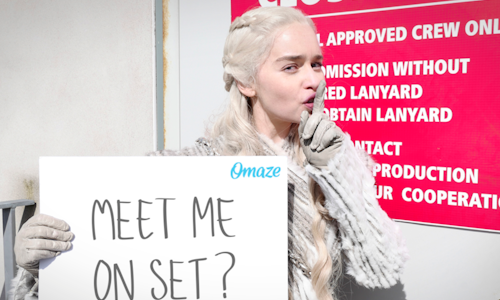 Emilia Clarke, the beloved Breaker of Chains from the highly acclaimed Game of Thrones series, saw an opportunity to leverage fan excitement around one of the most most highly anticipated series finales in history, for a good cause.

Emilia was gearing up to be named the sole ambassador for Royal College of Nursing, and saw an opportunity to kick off this initiative with a highly impactful fundraising campaign through Omaze.

As Game of Thrones approached the final months of filming, Emilia teamed up with Omaze to create a campaign that would raise funds and awareness for Royal College of Nursing (RCN) Foundation, a UK-based organization providing vital support for the nurses, midwives and health care assistants who care for patients everyday.

The objective of this campaign was to use the excitement around the last season to raise funds and awareness for a cause Emilia is deeply passionate about.

Omaze's platform offers people around the world the chance to win incredible experiences with $10 donations, and in order to reach as many Game of Thrones fans as possible, Omaze's creative team worked to develop a campaign that would resonate with the widest possible group of potential donors.

Ultimately, the Omaze team created a campaign offering fans around the world the chance to go behind-the-scenes during filming of the final season of Game of Thrones, with Emilia as your guide. Omaze timed the campaign as anticipation was building for the final seasons, and on the heels of Emilia's appointment as RCN ambassador.

In order to spread this campaign as widely as possible, it was critical to launch with a strong video and clear call-to-action to donate. To leverage fan excitement around the finale, and play into the overall secrecy surrounding the show, Omaze directed and produced a launch video featuring Emilia giving audiences a sneak peak of the set.

The video features Emilia desperately trying to get Omaze's cameras through "closed set" signs and alarm-rigged doors, as she gets turned down at every corner. Kit Harington, another fan-favorite cast member also makes an appearance, reminding Emilia that she doesn't have approval to bring anyone to the very closed set.

This launch video set the tone for the rest of the campaign, kicking off a viral story at a time when fans were desperate for any kind of content surrounding the final season. The video helped this campaign raise global interest, generating donations from 163 countries around the world, and garnering over 35 million aggregate views across channels.

On launch day, a digital exclusive with Entertainment Weekly kicked off donations. From there, Omaze activated their PR team to spread the campaign and video as widely as possible, ultimately generating over 1.8 billion media impressions. Omaze's in-house performance marketing and email teams initiated their comprehensive strategies, which worked together to raise over $1.5 million gross for RCN Foundation. HBO and Emilia's own support of the campaign were both critical drivers of its success.

The results of this campaign achieved the goals and exceeded expectations from all involved parties. In a 28 day campaign, nearly 50k people from 163 countries donated for their chance to win this epic experience.

The two videos created for this campaign garnered over 35 million aggregate views, and the campaign itself garnered over 1.8 billion earned media impressions.

The most important metric of the success of this campaign is that over $1.5 million gross was raised to support the efforts of RCN Foundation, which is doing incredible work to support the next generation of specialist nurses.

In addition to the remarkable impact that RCN Foundation will create with the funds raised, Amanda from British Columbia, a huge Game of Thrones fan, donated $10 after seeing the launch video on social media and was randomly selected as the winner. Amanda lived her dream experience by getting flown out to Belfast, visiting the Game of Thrones set, and having lunch with the Mother of Dragons herself, all to benefit this amazing cause. 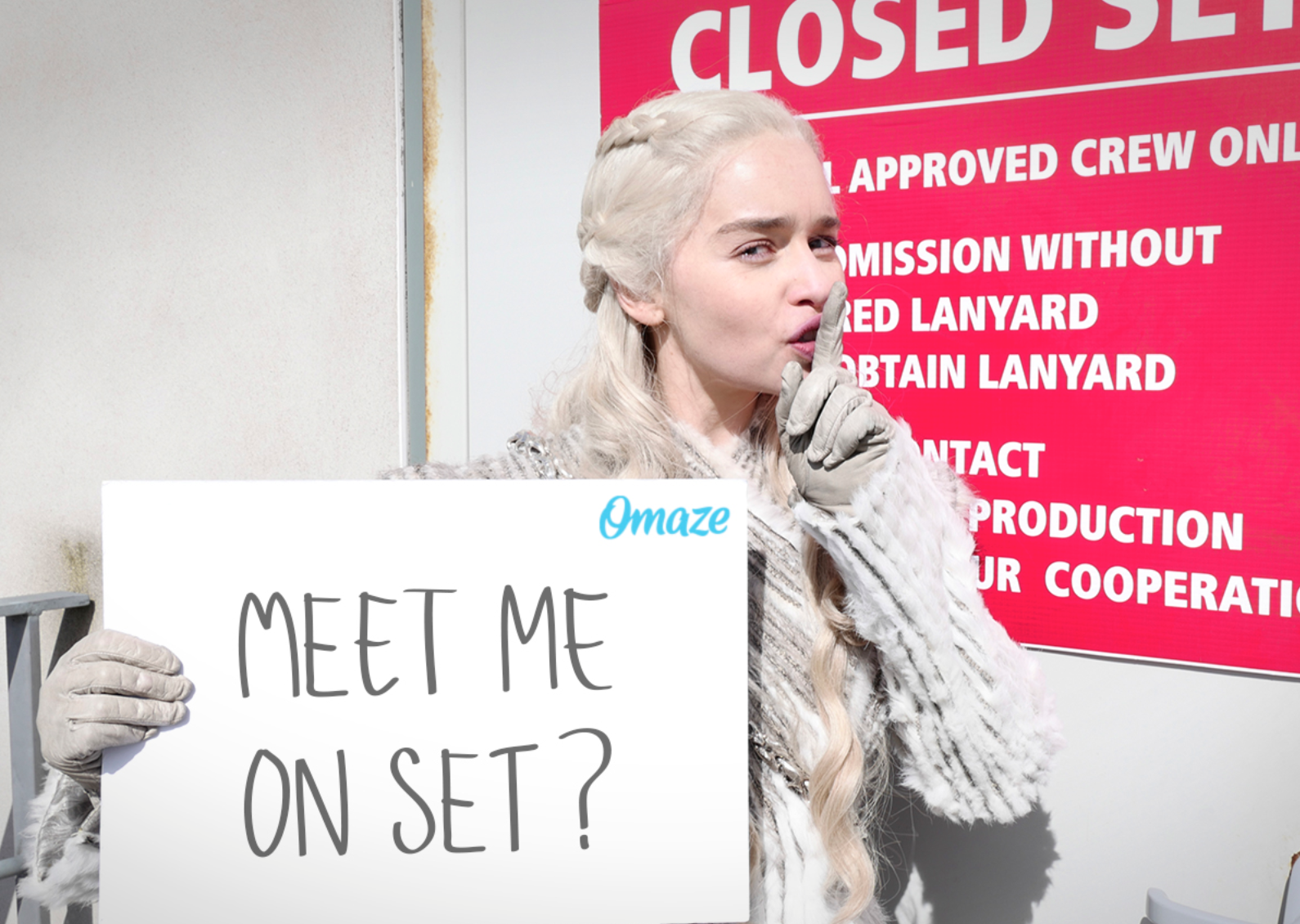