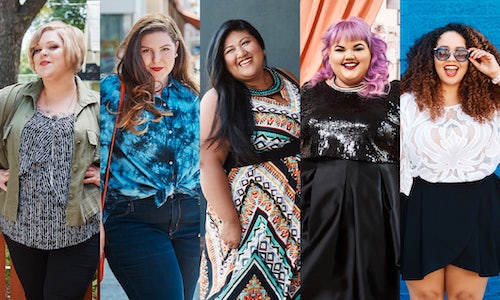 In a society that generally ignores the plus-size market, JCPenney was about to kick-off the launch of it's very own plus-size clothing brand, Boutique+, by enlisting Project Runway winner Ashley Nell Tipton to create a fashion-forward capsule collection for the line that aimed to change the way the media, retailers and the public look at plus-size fashion. Catering to women sizes 14W-30W, Boutique+ expanded the retailer's plus-size offering, providing sophisticated silhouettes and trendy touches that appeal to millennial shoppers, and celebrates women of all sizes.

The media today most often choose to only portray the "idealistic" woman—the size two, Photoshopped bombshell that few women can actually relate to. The truth of the matter is that 67 percent of the U.S. population is considered to be plus-size. When retailers choose to focus only on the "idealistic" woman, they leave the plus-size customer in the shadows of fashion. It was clear to JCPenney that this was a disenfranchised and under served consumer segment that was not being represented in the fashion world. They needed a champion.

To support the launch of Boutique+ and Tipton's upcoming fall capsule collection, JCPenney decided to create an online video to start a conversation around plus-size women's fashion and break convention by celebrating plus-size women with a message of body positivity and acceptance.

JCPenney feels passionately that a woman shouldn't be defined by the number of inches around her waist line. And it shouldn't be assumed that a woman can or cannot do something because of her dress size. But most importantly, a woman's self worth shouldn't be determined by her ability to find clothing that makes her feel as beautiful on the outside, as she is on the inside. Leading up to the launch of its Boutique+ brand and Tipton's capsule collection for the line, JCPenney set out to show women of all sizes that they are worthy of looking good and most importantly, feeling good.

The retailer launched its "Here I Am" online video during its sponsorship of CurvyCon. The video featured key influencers in the plus-size community -- Ashley Nell Tipton, Jes Baker, Gabi Fresh, Valerie Sagun and Mary Lambert -- speaking their mind and sharing their struggles, strength and beauty with the world and showcasing that a woman's size doesn't define who she is. By providing these women with a platform, they sparked a conversation around an inspiring message of body positivity, self-love and confidence – and an important message that size isn't an indicator of your worth.

The video encourages women of all shapes and sizes to support each other, using the hashtag #HereIAm. The video was supported with social posts and banners that highlighted quotes from the enlisted influencers. Here are just a couple:

"We all look different. Embracing that is a powerful way to learn to love ourselves." –Jes Baker

"You can't love your bodyfor what it turns into without actively loving what it is today." –Mary Lambert

Each influencer also shared posts with the same #HereIAm hashtag and engaged their own communities, which resulted in an uproar of support from the public and media outlets alike.

The "Here I Am" video marked the launch of an overall marketing campaign JCPenney created to support Boutique+ and Tipton's capsule collection, which also included a three-part online docu-series highlighting Tipton's design journey and concluding with a live streamed fashion show in New York City spotlighting Tipton's designs as well as other contemporary fashion for the plus-size woman available only at JCPenney.

JCPenney didn't just launch a new plus-size brand, they ultimately created a body positive rallying cry. It became an invitation for women of all shapes and sizes to proudly declare to the world "Here I am."

The results for the "Here I Am" video were overwhelming positive. JCPenney, Ashley Nell Tipton, Valerie Sagun, Gabi Fresh, Jes Baker and Mary Lambert truly struck a nerve with their body positive message. The video inspired and sparked widespread conversation—creating an online movement of advocates who not only supported the cause, but also helped spread its message.

In less than three months the video garnered over 8.8 million views across multiple media platforms. The #HereIAm hashtag itself ignited a movement with over 6k mentions, including both consumers and press. The media placements across major nationwide publications such as USA Today, US Weekly and Latina magazine, have resulted in over 400,000,000 publicity video impressions.

It became clear, very quickly that this movement was something a majority of women in this country had been waiting for for a very long time. JCPenney and the plus-size community were effectively changing the conversation. 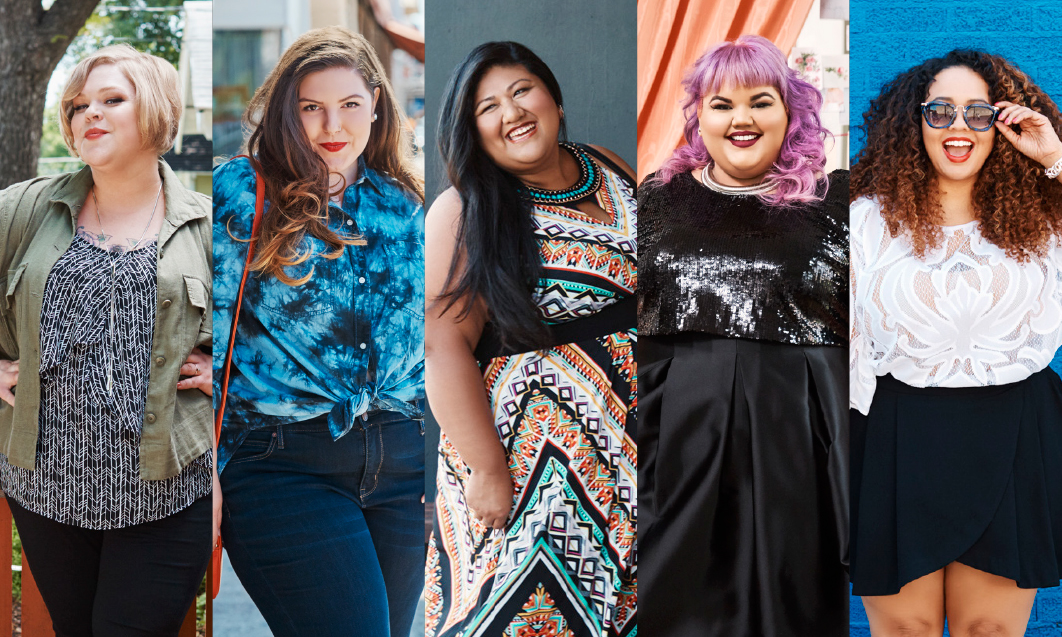