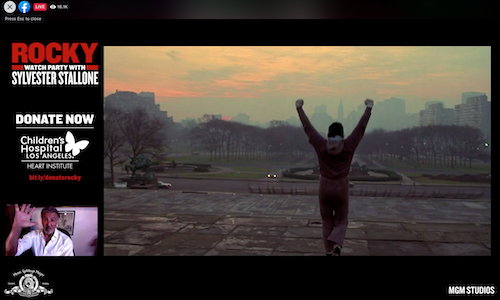 Due to the success of MGM’s first Legally Blonde Facebook Live Watch Party back in March, we were presented with an opportunity to hold another watch party of the beloved film Rocky. However, this time the watch party would feature live commentary with Sylvester Stallon on screen. This online event had the same objective as our first one first one: to bring some joy into people’s lives while they were stuck at home, with the amazing addition of getting to watch the classic film with Rocky himself.

Since the technology involved in this livestream hadn’t yet been done before, it required careful planning and trial runs with Facebook and talent. We created a handful of social graphics for the event with all the information needed to join in on the fun, shared those with partners and talent, including Rocky himself, and watched our audiences reaction in anticipation of the event.

To our hope, the announcement response was overwhelmingly positive! With everyone stuck at home, the opportunity to come together with an online community and watch a beloved film with not only strangers, but with the iconic Slyvester Stallone, who live commentated throughout the entirety of the film.

Our Rocky watch party with Sylvester Stallone had topped the viewership of our previous Legally Blonde watch party with 1.3M viewers and a peak of 23.8K simultaneous viewers. We had incomparable talent and partner support, including Sylvester Stallone, Burt Young, The Academy, AFI, Showtime, and Facebook App. From this support and our own campaign, we organically received 88K engagements and reached 4.5M people! We received positive press leading up to the event from The New York Times, NY Daily News, ABC News Radio, The Hollywood Reporter, NME, iHeart, and People Magazine.

The overall sentiment from fans was extremely positive, with not one negative comment out of the 14k+ comments that were posted during the livestream. Many of the comments thanked MGM and Stallone for making this event and shared stories of the extreme importance Rocky had on their lives. 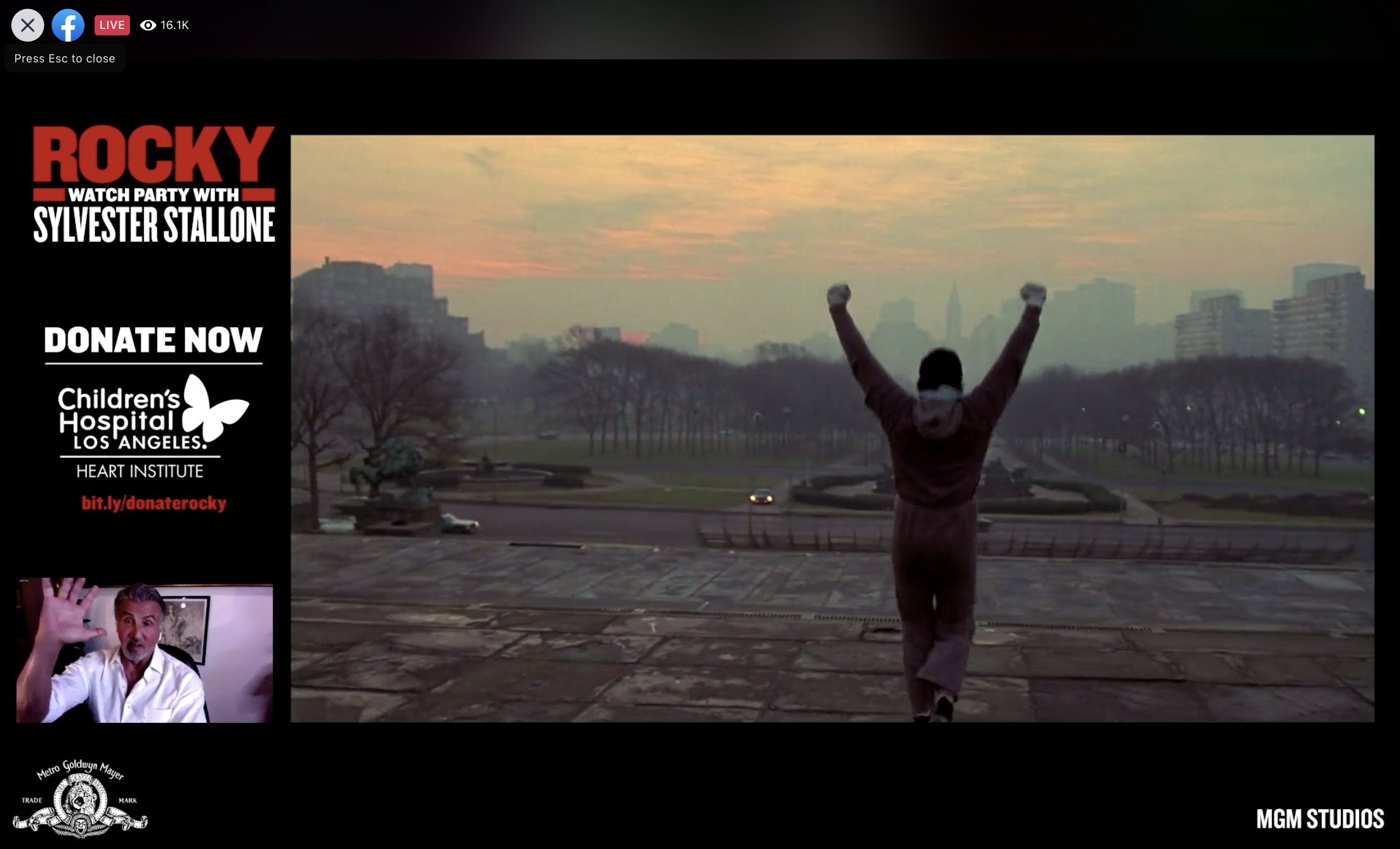