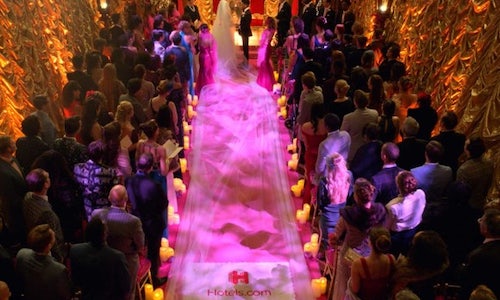 In August 2019, Hotels.com and Hulu partnered on a hilarious brand integration within “Four Weddings and a Funeral,” completed with a branded veil, a bride mentioning Hotels.com during her vows, and even Hotels.com mascot Captain Obvious as the wedding-reception DJ.

As brand integrations go, it was close to perfect. Transparent and self aware within the script, and also exactly on brand for the famously irreverent booking site.

The question facing the brand was how to extend the moment beyond the paid integration.

We figured that sponsored vows were hilarious on Hulu, so why not try them in real life?

We issued a simple call to action via Twitter: Mention Hotels.com in your wedding vows, record and share the moment on social media, and you could win $15,000 to cover your dream honeymoon.

The internet promptly lost its mind:

“So, basically,” wrote Refinery 29, “if you want a free honeymoon and don’t mind doing a little #sponcon to make that dream a reality, you might want to make some revisions to those vows.”

And that question –”would you do it?– was everywhere  from national morning shows to major onlineand print outlets including Travel + Leisure, Elite Daily, Yahoo News, Ad Age and Refinery29.

There was even an extensive debate of the question on the Today Show.

And we fanned the flames further by sharing clips from the original integration, along with contest details, on Twitter, Facebbok and Instagram, hoping to spur conversation and participation,

“About those vows … “ wrote Elite Daily. “Have you thought about ways to incorporate Hotels.com yet?”

Rather than merely extending a paid integration into earned media, the effort wound up creating a cultural moment of its own, netting 221 million earned media impressions and another 36 million in social media, suggesting strong engagement.

But there’s engagement, and then there’s marriage: Inspired by the campaign, at least five couples actually incorporated Hotels.com into their wedding vows.

How's that for responding to a call to action? 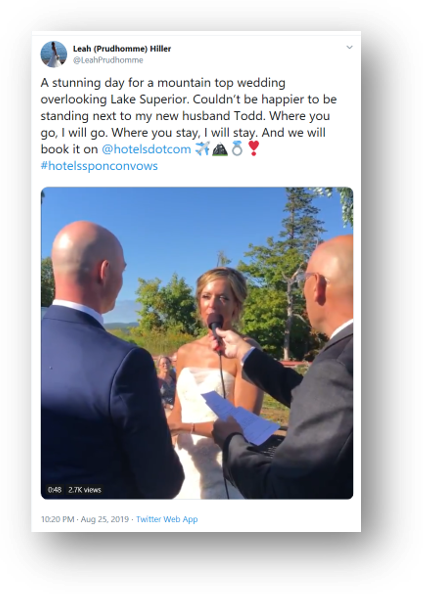 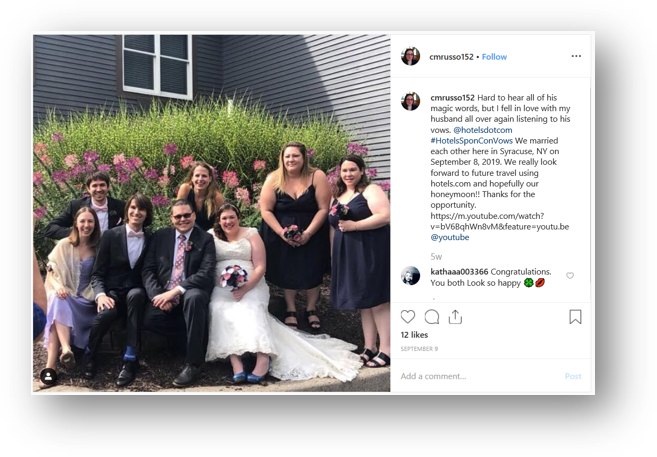 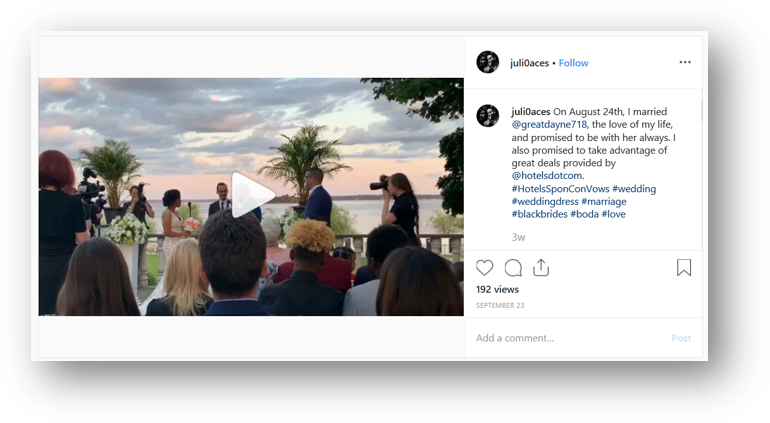 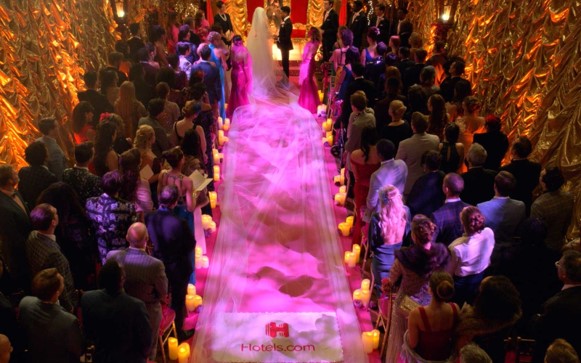