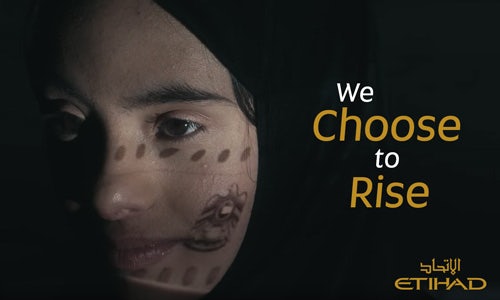 Special Olympics: We Choose To Rise

How many of you have watched the Olympic Games? I think most people would put their hand up to this, yet, how many have seen the Special Olympics? Special Olympics is a global movement, changing lives of people with intellectual disabilities. This is not just the Special Olympics, it’s anopportunity to make a change, whereby every person no matter their ability or disability will be accepted and welcomed into a world of inclusion. When theevent cameto Abu Dhabi the intention was to capture the attention of people from around the globe, and Etihad wantedto be part of it.

In the same way as the Olympics, the Special Olympics build up to the event was just as important as the event itself. With this in mind, the opening video had to fulfil the followingobjectives:

We truly believein the cause, to challenge perceptions on ‘people of determination’. We wanted to get people from around the world to #MeettheDetermied and following the event #BeUnified. Therefore, we needed to produce a video that had strength, drive to focus ontheir goaland a message that really speaks to the audience... introducing our first video ‘We Choose to Rise’.

Our strategy was informed by the research and underpinned by Etihad’s business and communications objectives. An opportunity to promote the themes of tolerance, diversity and inclusion; profile the brand positively as well as deliver visually appealing content on a range of platforms that promoted the airline’s involvement with the event.

Throughout all the activity we knew our partnership had to meet the following objectives:

Conceptionally we required a powerful entry into the Special Olympics event, that stood out from all the noise and formed the basis of our ongoing activity during the event.

Celebrating people of determination – ‘We Choose to Rise’

The Etihad video that kicked off the start of the event, with a strong and powerful video ‘We Choose to Rise’, an opportunity to show some of the Abu Dhabi Special Olympics team playing their chosen sport.  We were focused on making sure the narrative depicted the spirit of the individual and the World Games.  The use of black and white was bold, dramatic music and sound bites reflected a journey that each athlete had been on to succeed.

We released the video so it could be seen across all channels, with an Instagram story every other day focusing on one of the athletes and pushing towards the full video. This video was subsequently shared with all the athletes that took part and the Special Olympics social media team who shared this video on their channels. During and post event we arranged for the video to be presented to our guests through our inflight entertainment, giving Etihad an opportunity to get the messages across.

Whilst the video was produced for social media, due to the high impact and interest we had offline outlets contacting us to use it for free:

The biggest highlight for Etihad was the request that came from Special Olympics. Similar to the Olympics, the opening and closing ceremony was big, huge in fact.  Celebrities came together to entertain and encourage the athletes e.g. Avril Lavigne, K Pop, Nicole Sherzinger so you can imagine our pride as the ‘We Choose to Rise’ opened both of these events.  We also utilized the video to play a part in the Flyby of the new Special Olympics livery, that flew over Zayd Stadium at the opening event.  The ‘We Choose to Rise’ footage was played on the big screen, edited to do a countdown for people to then look up ‘10, 9, 8, 7…. look up.’  A good example of ways in which we can showcase social offline to create a cohesive look and feel.

The video and stories spoke to the hearts of millions, across our channels and Special Olympics.  The messaging clearly resonated as we had a significant increase in positive sentiment with 4pp.  90% comments where favorable towards this video, which is unheard of in a service based company where many use the social media as customer services.  People were in fact self deflecting negative comments and behind us in encouraging this an opportunity to encourage these athletes, be inspired by their passion.

Overall the responses from content produced during this event was positive, engagement rate across all channel and content being 7.7% which was 2pp higher than our target and our highest engagement rate on Sponsorship activity in this category.  We established 8 million views coming specifically from ‘We Choose to Rise’ on our channels alone and still counting.

The video and the Special Olympics World Games event was a changing moment on our social channels as it gave us a real opportunity to show more of our brand personality, what we believe in and areas of change that we as a company continue to develop on as we show that we are ‘Unified’.

Video for Special Olympics: We Choose To Rise 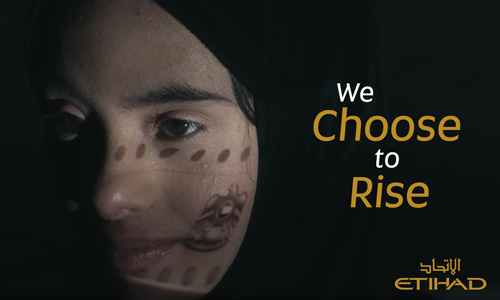