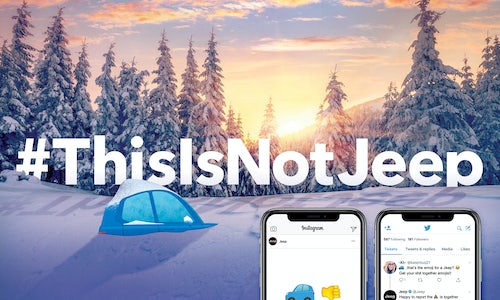 Jeep saw an opportunity to do an emoji U-turn by being the first brand to ever give an emoji back. Our goal was to seize a cultural moment and generate social media buzz, PR recognition, and ultimately fuel Jeep fandom in social by declaring #ThisIsNotJeep. We used this platform to release social videos, GIFs and stills on Instagram, Twitter, YouTube, and Facebook in an effort to increase views, conversation and reach for the Jeep brand.

In an effort to generate buzz and join the social conversation, brands have co-opted the popularity of emojis since their inception. Emojis have continued to gain popularity and infiltrate every corner of pop culture, which has led many brands to even beg for their own branded emojis.

Jeep, the quintessential Sport Utility Vehicle, was already assigned to an emoji by the global authority on emojis, The Unicode Consortium. Unfortunately, the emoji didn’t represent the Jeep brand or its vehicles legendary off-road capability. Through our social listening we investigated what our community felt about this little blue imposter and it proved that Jeep fans agreed that this emoji could never represent the true spirit of the Jeep brand.

We recognized this as a unique moment, the first uprising against the Unicode standard, to turn the emoji game on its head and be the only brand to ever give an emoji back. We took to social to proclaim #ThisIsNotJeep. We rallied with our loyal fans sharing videos, images and GIFs showcasing that this silly little emoji as the least capable emoji ever. We showed the Jeep failing in typical Jeep off roading scenarios, like being stuck in a river, covered in snow and even teetering on a small rock.

In the following round of emoji updates, Apple and Android removed the link between the word “Jeep” and little blue emoji. We celebrated then loss as a victory with our fans. We commemorated the little blue emoji’s demise on social with additional content and even reached out to fans who first noticed this imposter with a tailored response strategy.

In the end Jeep drove off with one of their most successful social initiatives ever by simply giving back the very thing other brands were begging for. 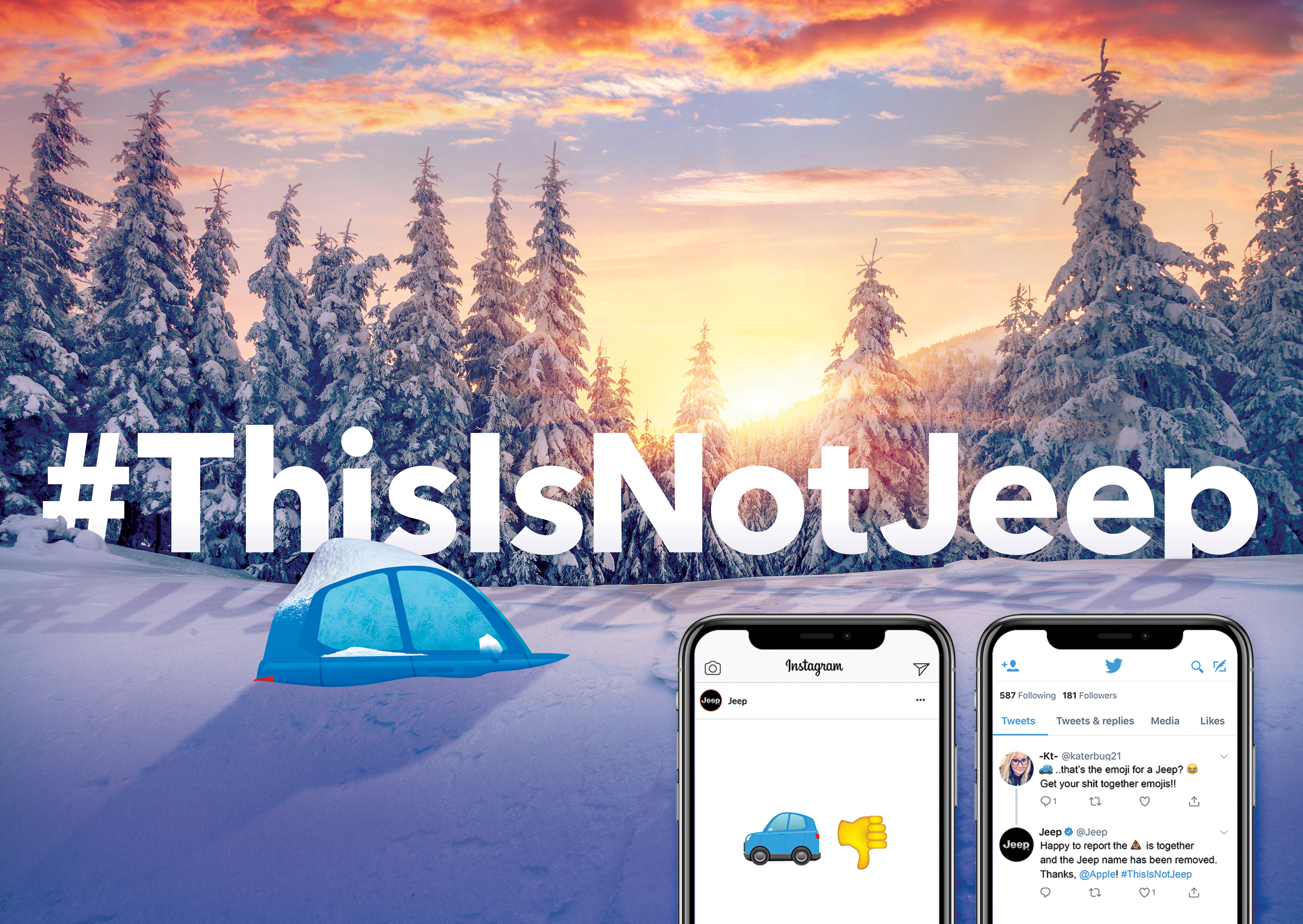