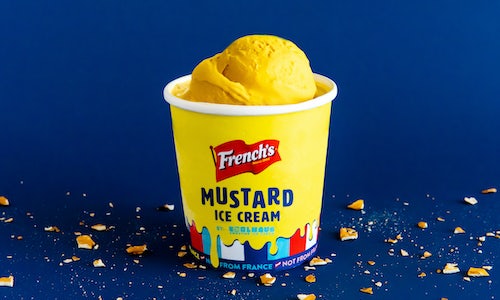 Our 2019 challenge was getting consumers to go to the mustard aisle – and choose French’s when they get there – in a flattening, commoditizing category.

Our primary KPI, given our need to rejuvenate the brand and category, was dollar sales for French’s and, in turn, for the yellow mustard category overall. We have majority share in the category, so we need to be driving overall category health. We had a large base, but we wanted to set aggressive goals. We figured if we made a very big splash, we could drive category dollar sales up 1 point and drive French’s dollar sales up 3 points.

Our secondary KPI, an ingredient to success of the first, was earned media impressions, by which we’d measure the splash we made in culture around National Mustard Day. We would use this as a real-time proxy for getting French’s Classic Yellow mustard top of mind again before harder business results came in.

On French’s, our task had always been to reinvigorate a classic American brand, starting from a consumer who needed condiments to deliver satisfaction and variety for a relatively narrow range of meals at home.  These needs were mildly at odds, and it brought to mind an old adage from famous 20th century industrial designer Raymond Loewy: “To sell something familiar, make it surprising. To sell something surprising, make it familiar.” That was a strategic principle for us going back to the pitch, as a way to rejuvenate French’s but also to define the job a flavor brand should do for this audience. For 115 years, Americans have turned to French’s to add flavor to their sandwiches, hot dogs and hamburgers. In 2019, we added it to an American classic we’ve never touched before: ice cream. To break out of crowded summer media moments, we looked to National Mustard Day – the first Saturday of August. The week before the activation began, the PR agency delivered press kits to news outlets who expressed interest. The kits included a variety of elements with French’s Mustard Ice Cream-branded packaging. We also distributed a video to the press featuring Coolhaus founder Natasha Case discussing the collaboration. Starting July 30, owned social channels (FB, TW, IG) posted animated gifs to tease the announcement. On July 31, the press embargo lifted, and broadcast, print, and online publications released stories announcing French’s Mustard Ice Cream to the world. At the same time, McCormick officially announced that a French’s Mustard Ice Cream truck would be roaming the streets of New York and giving out samples.From August 1-3, a wrapped Coolhaus ice cream truck traveled to 30 Rock, Hearst Tower, Madison Square Park, DUMBO, and Coney Island to maximize visibility to media and hand out scoops of Mustard Ice Cream with a pretzel cookie to 2,740 New Yorkers. In Culver City, CA, the Coolhaus scoop shop (plastered with branded posters) ran out of French’s Mustard Ice Cream on their first weekend. We used Instagram stories to post content from the truck in real-time. On social, we responded to consumer reactions and other brands (Oscar Mayer, Hostess, Saucony) who wanted in on the action. Eighteen lucky influencers (super fans and skeptics) were selected to receive surprise and delight packages in the mail so they could taste the ice cream themselves. Recipients included DJ Mustard and ABC World News ancho Kenneth Moton. Other consumers were directed to a Mustard Ice Cream microsite, that included a recipe video teaching them how to make the ice cream themselves. This media push landed French’s Mustard Ice Cream on The TODAY Show on Thursday 8/1 (a live tasting), Good Morning America on National Mustard Day (a live tasting), and a second page feature in People Magazine’s print edition (8/19/19 edition). Because this needed to make its way into culture in the most authentic way to get people talking about the brand, the only paid media used was one promoted Facebook/Instagram post and one promoted tweet.

In terms of unpaid media performance, Mustard Ice Cream was a resounding success:

More important, of course, were our business results. Remember we set for ourselves the goal of growing category with dollar sales +1% and outpacing it with French’s dollar sales at +3% by generating as much buzz and earned media conversation around French’s and the iconic flavor of Classic Yellow ice cream. The media results were in, and positive and that had us nervously excited. We clearly had success activating earned media on a small budget, and this was going to give us a pretty pure test case for our hypothesis that buzz around mustard flavor would translate to business success. We believed that getting press for yellow mustard flavor would make shoppers marginally more likely to visit the aisle and choose French’s once they got there, and we were about to find out.

Sure enough, Mustard Ice Cream was launched July 28th, and from July 28 to August 25th: 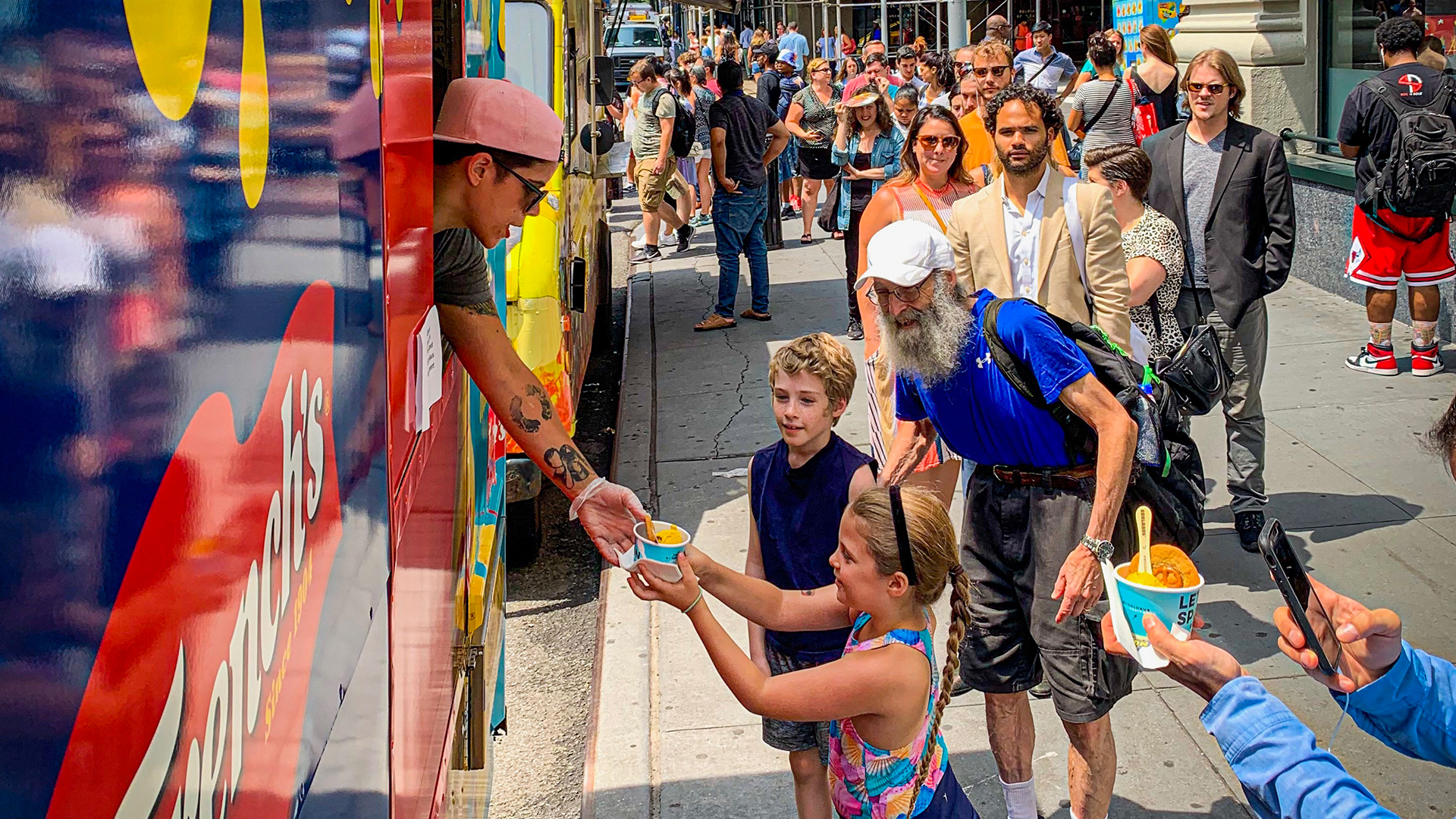 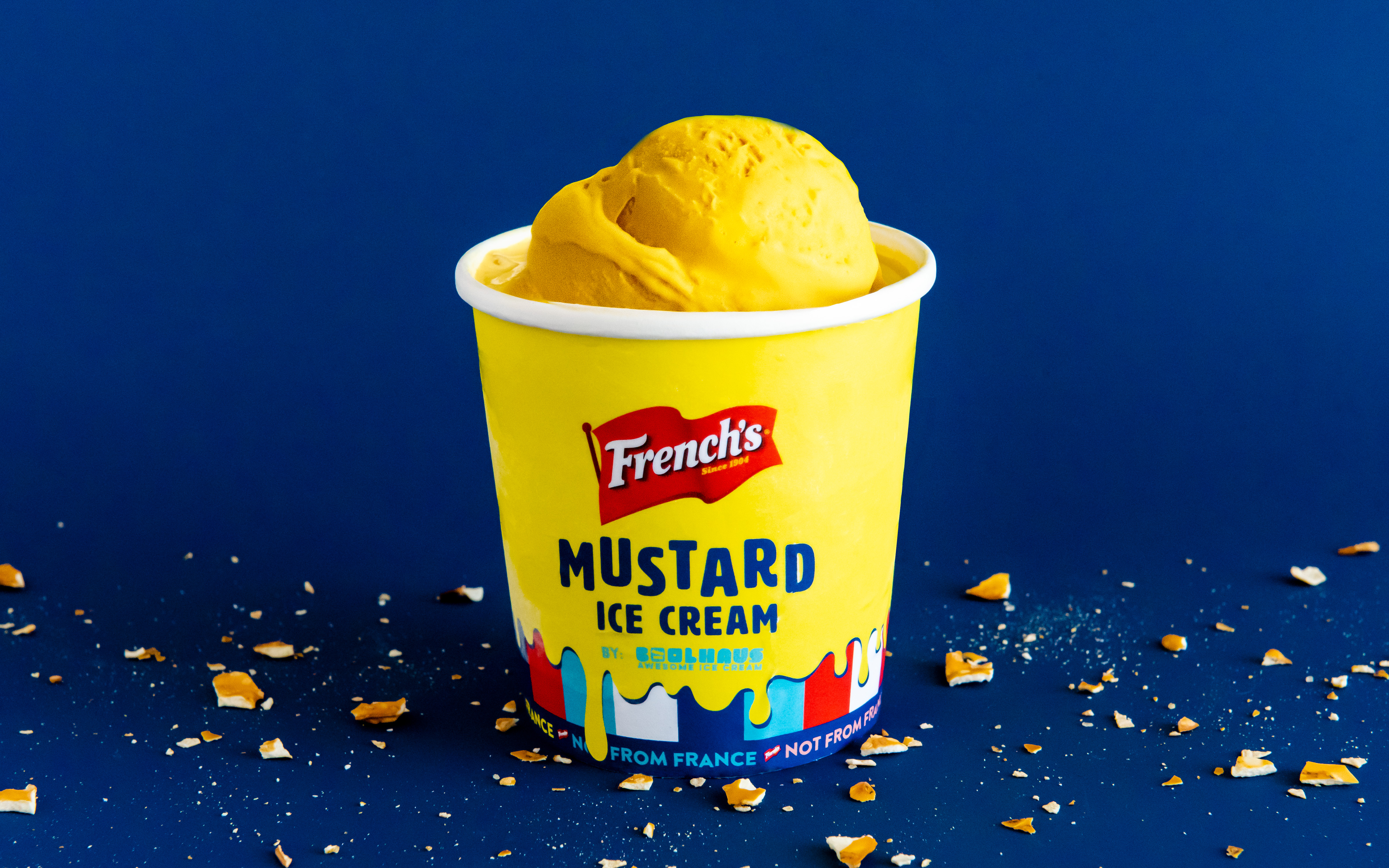 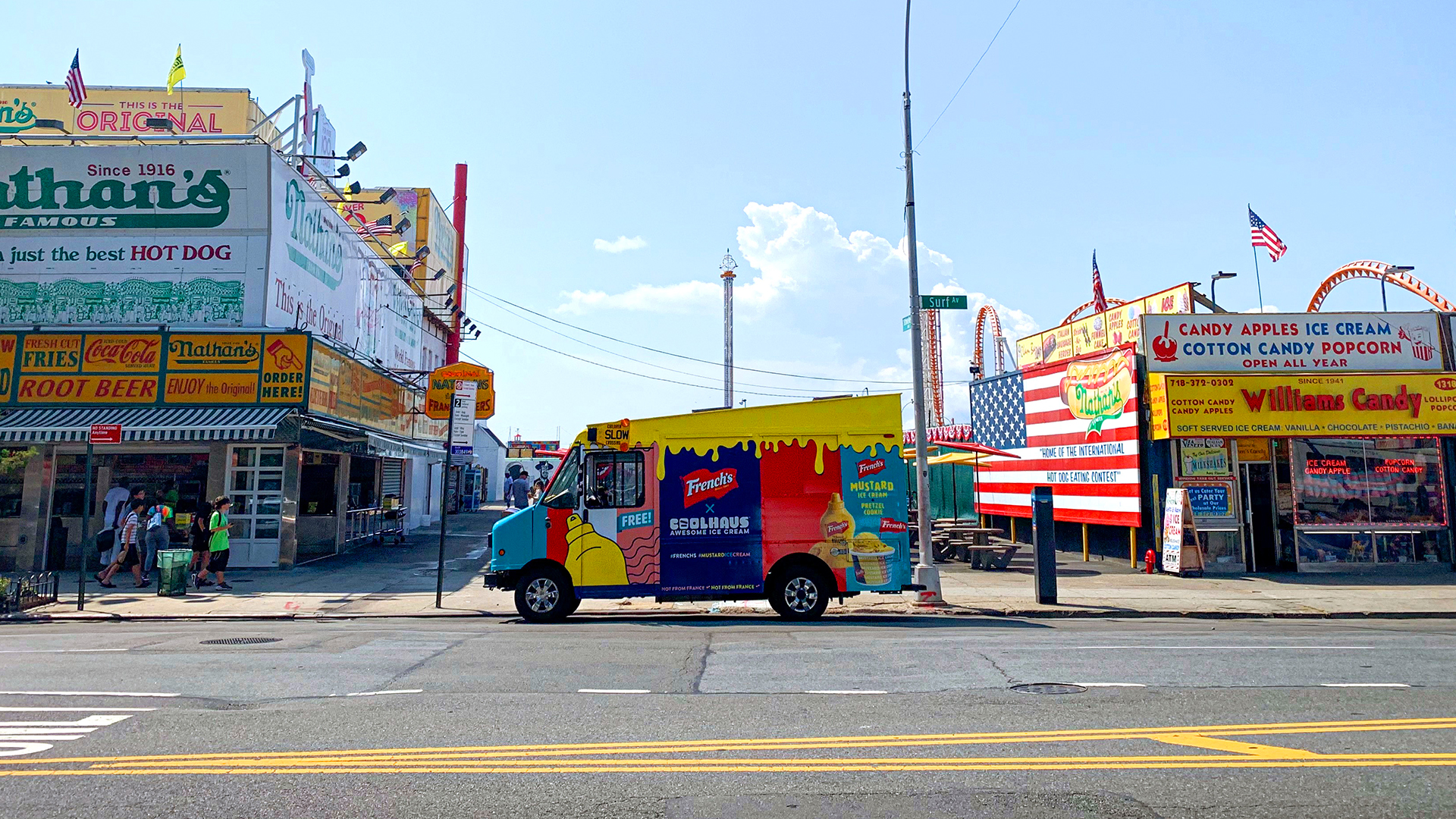 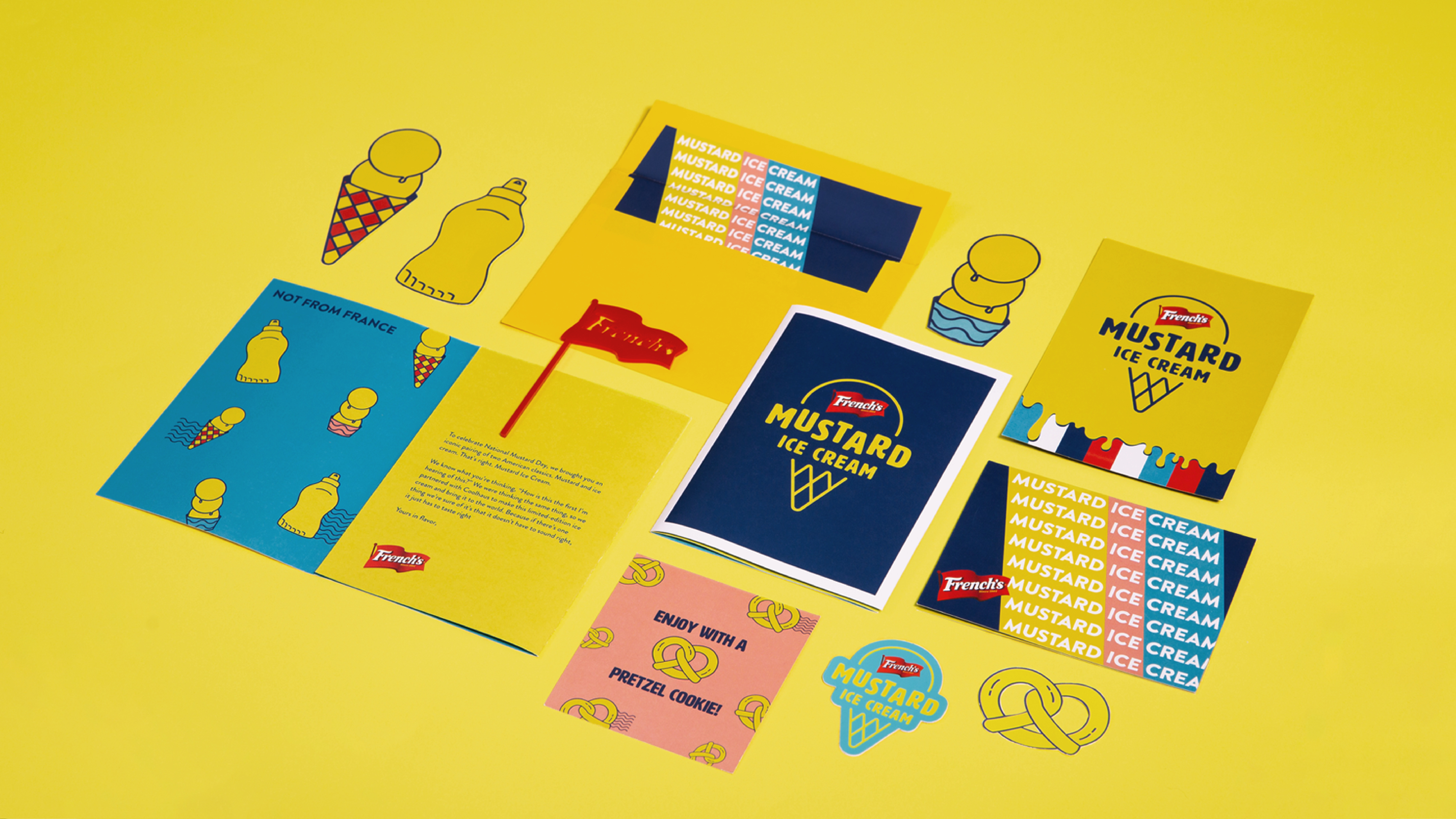 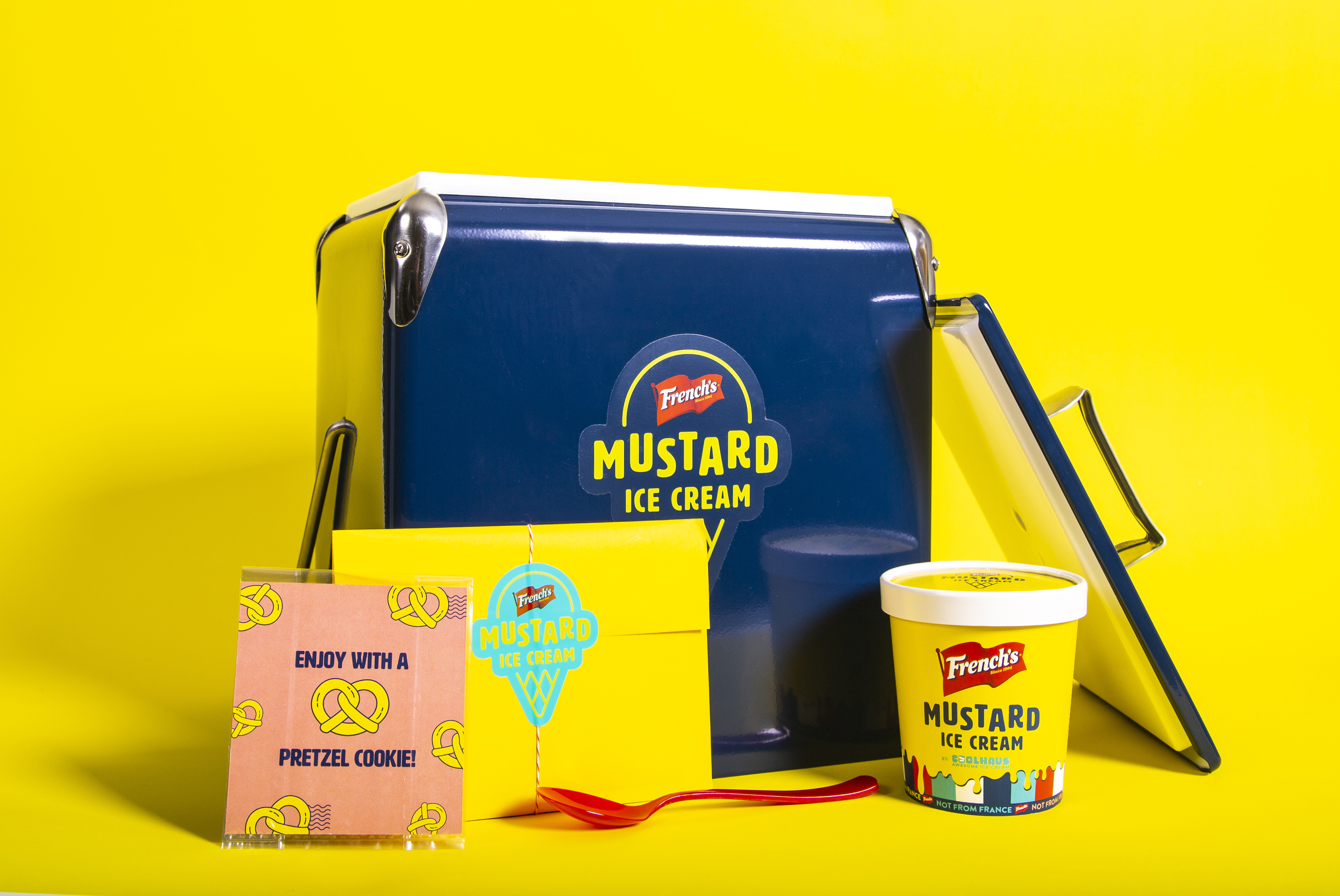 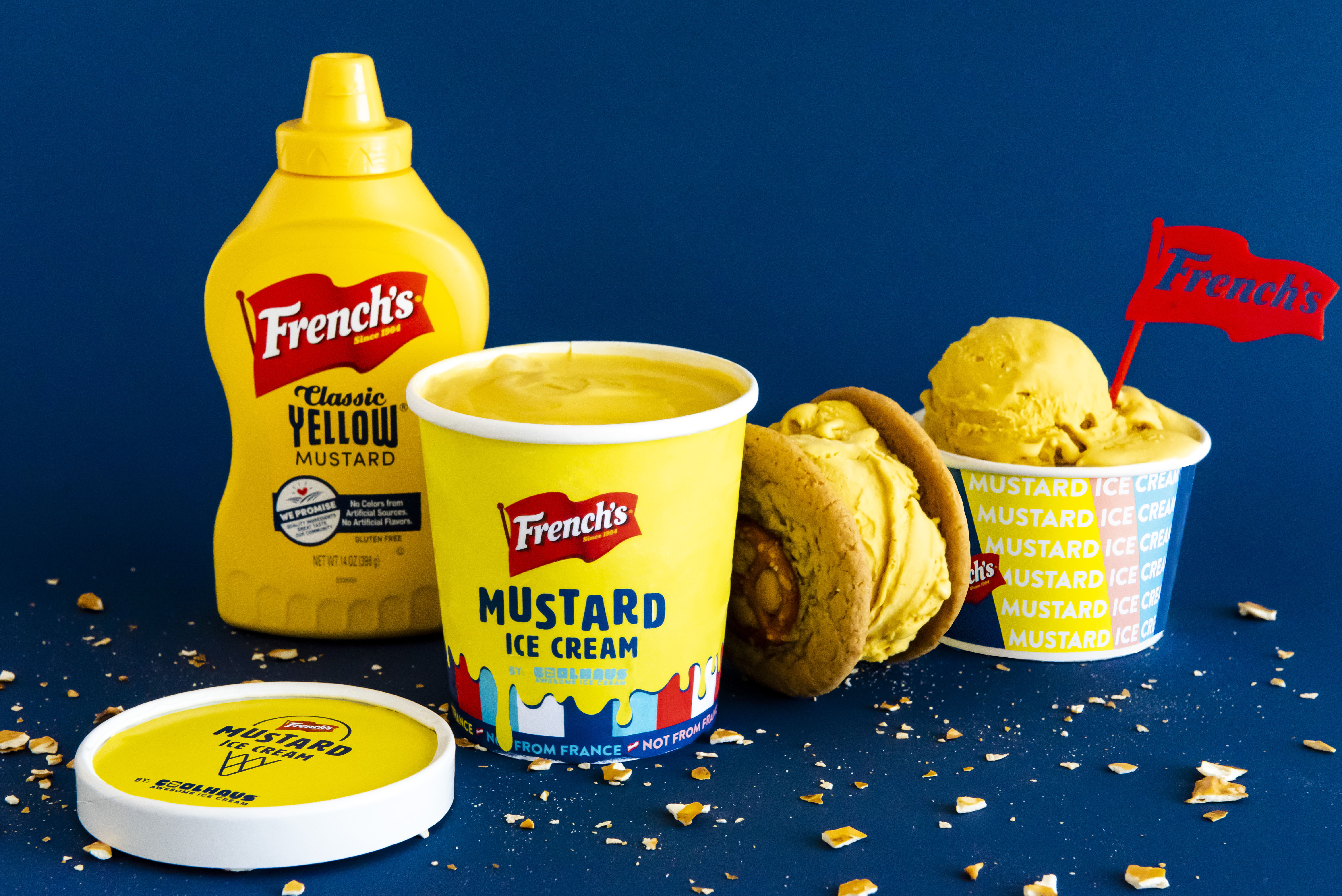 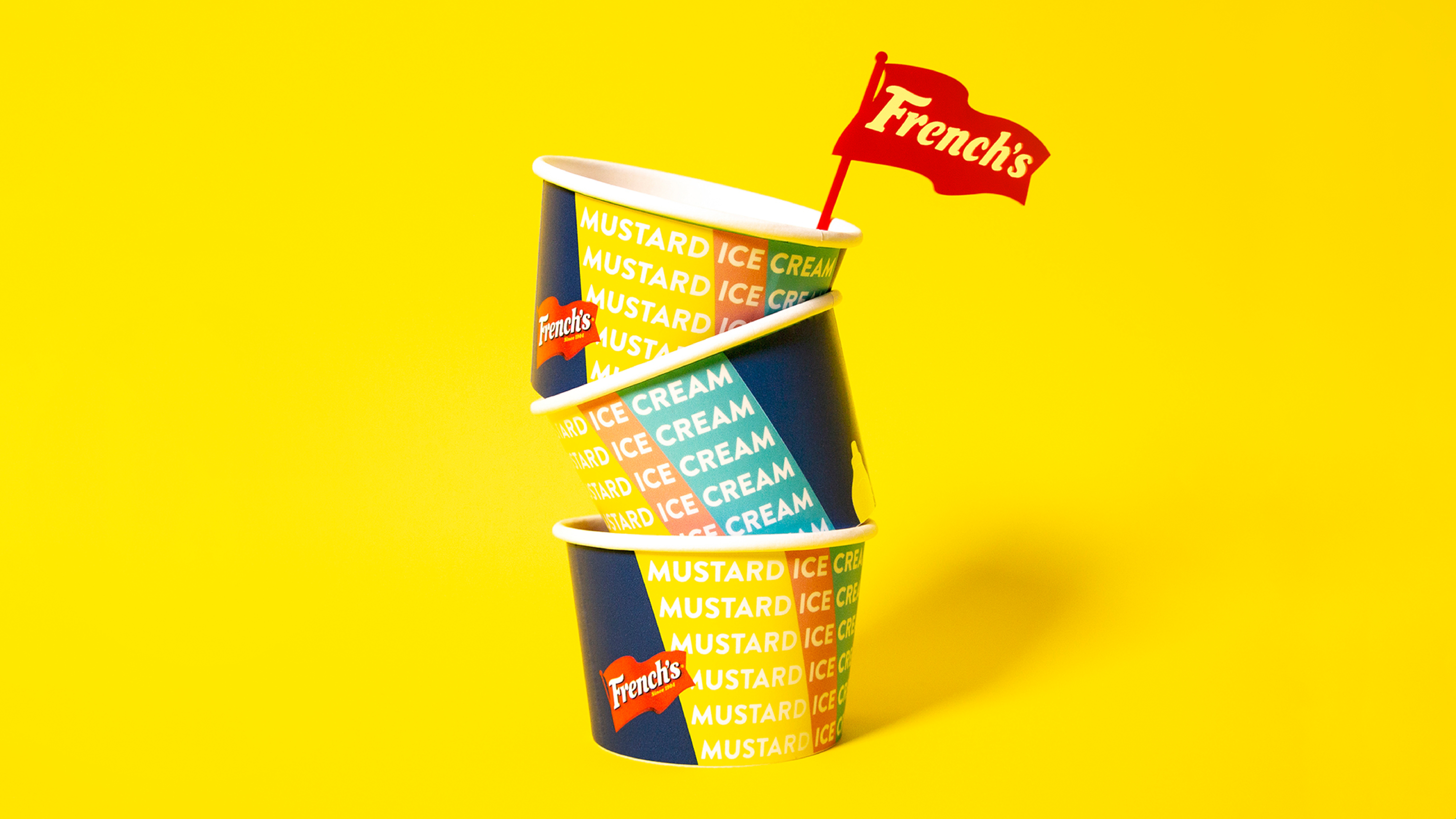