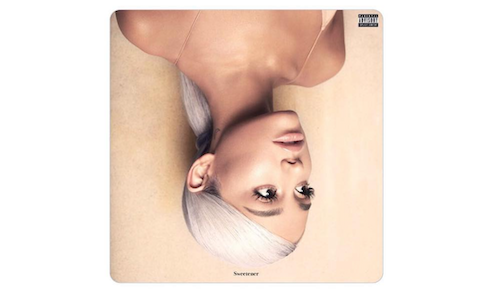 As Ariana Grande and her teams at SB Projects & Republic Records strategized for the midnight release of her #1 album, Sweetener, they strove to create an additional tall order: an intimate moment between her and her most loyal supporters. As well as driving awareness for the new album, the goal wasn't just about publicity but rather to create an authentic real-time experience that rewarded fans and gave them a chance to get up close and personal with Ariana.

SB Projects & Republic Records teamed up with Telescope to produce an exclusive live stream event, set at Ariana's home. There, she hosted her family, friends, and a few thousand fans who were able to be a part of the discussion, which was focused on the upcoming album. Not only could fans chat live with Ariana, but they connected with other fans across the world –making it a truly global campaign. Fans from 91 different countries tuned in for the virtual album release party.

To promote the album and provide exclusivity, fans were able to purchase access to the live stream when pre-ordering the album on Ariana's Official Store. Once purchased, they were sent a private link and unique access code.

For an hour, fans were able to ask questions about the album, and be present for the live release. The unique experience was part of the strategy that helped give Ariana the number 1 Album in the country with 'Sweetener'.

The album opened at #1 on the Billboard 200 with 231,000 equivalent album units earned in the week ending Aug. 23, according to Nielsen Music. Of that sum, 127,000 are from traditional album sales.

Sweetener's songs collected 126.7 million on-demand audio streams in its debut frame. This was the most one-week album streams for a female artist at the time. This record is still held by Ariana though with the release of her next record-breaking album, 'thank u, next'.

Since the launch of Sweetener, Ariana Grande has become the first artist to hold the Nos. 1, 2 and 3 spots on the Billboard Hot 100 songs chart simultaneously since The Beatles in 1964, as 'thank u, next' launches at No. 1 on the Billboard 200 albums tally. In addition, the 'thank u, next' video exceeded YouTube's all-time record for most views in the first 24 hours of release with 46 million views in under 22 hours. 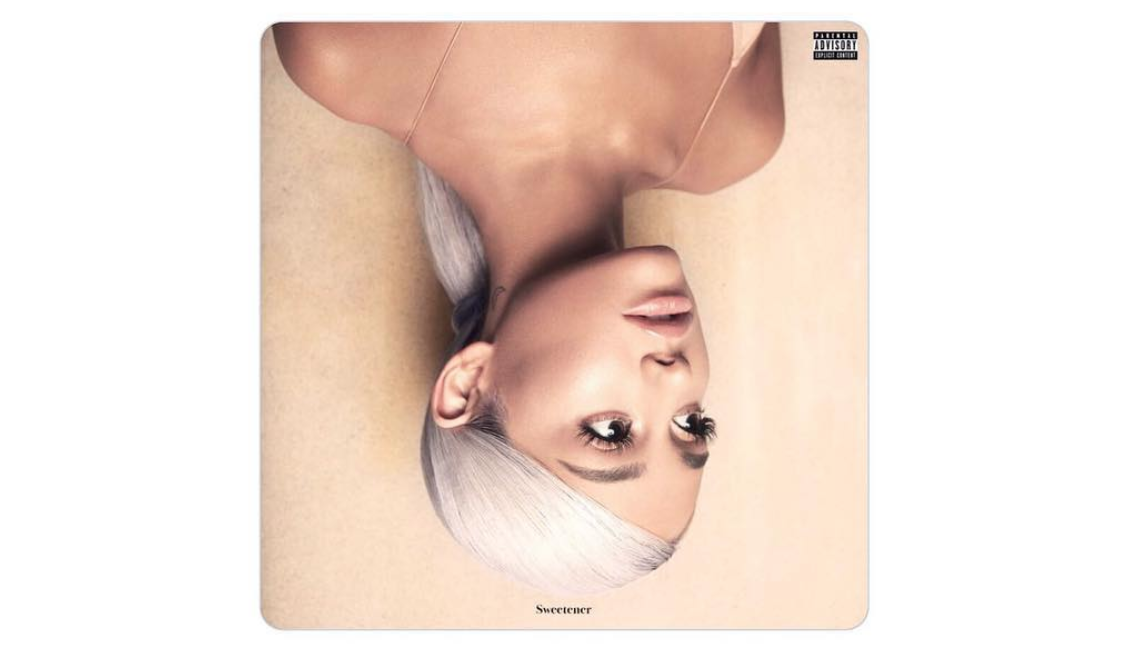 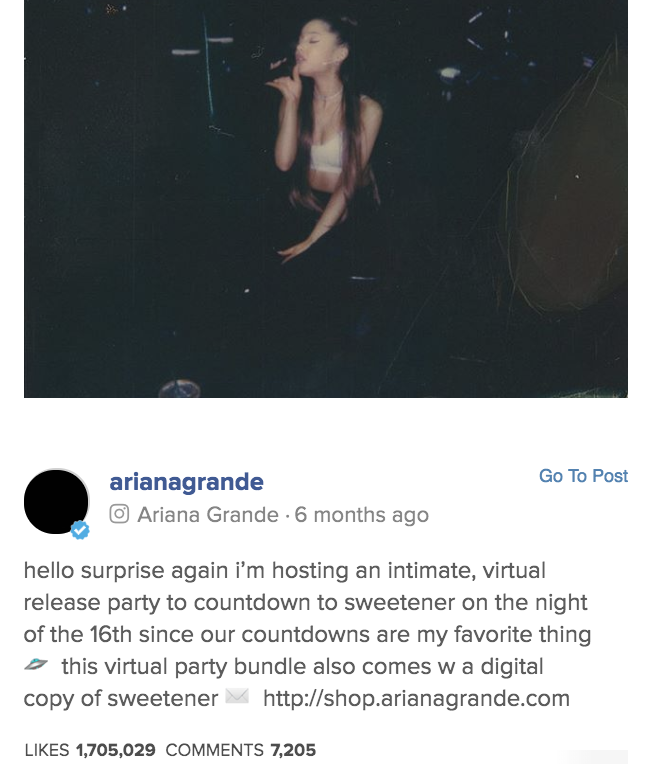 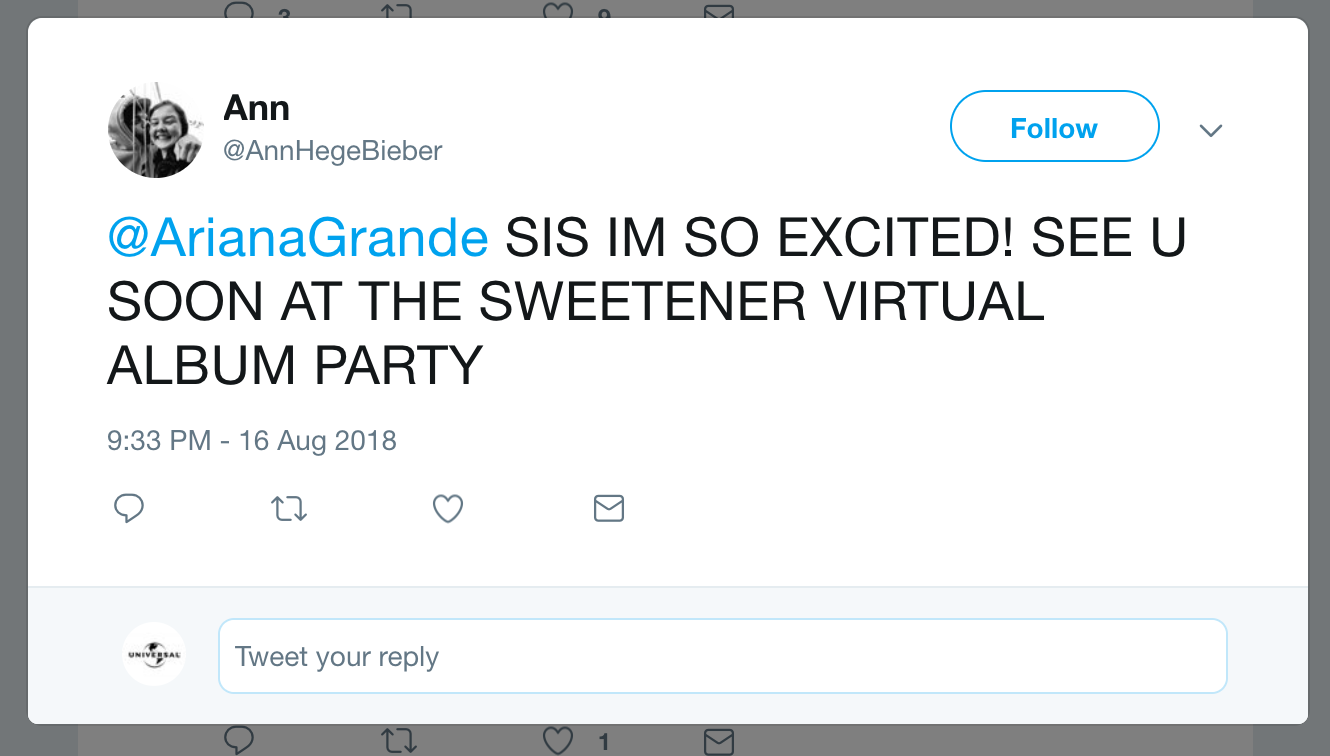 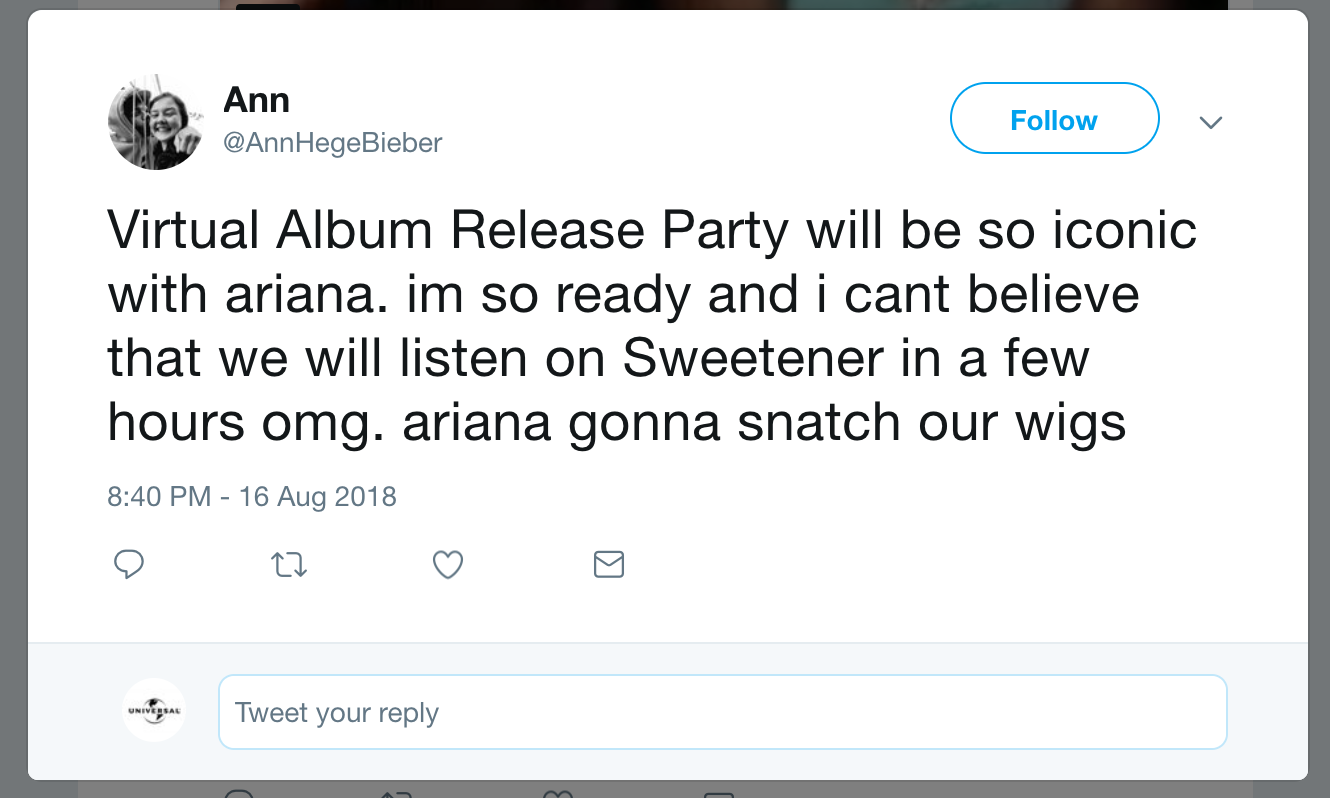 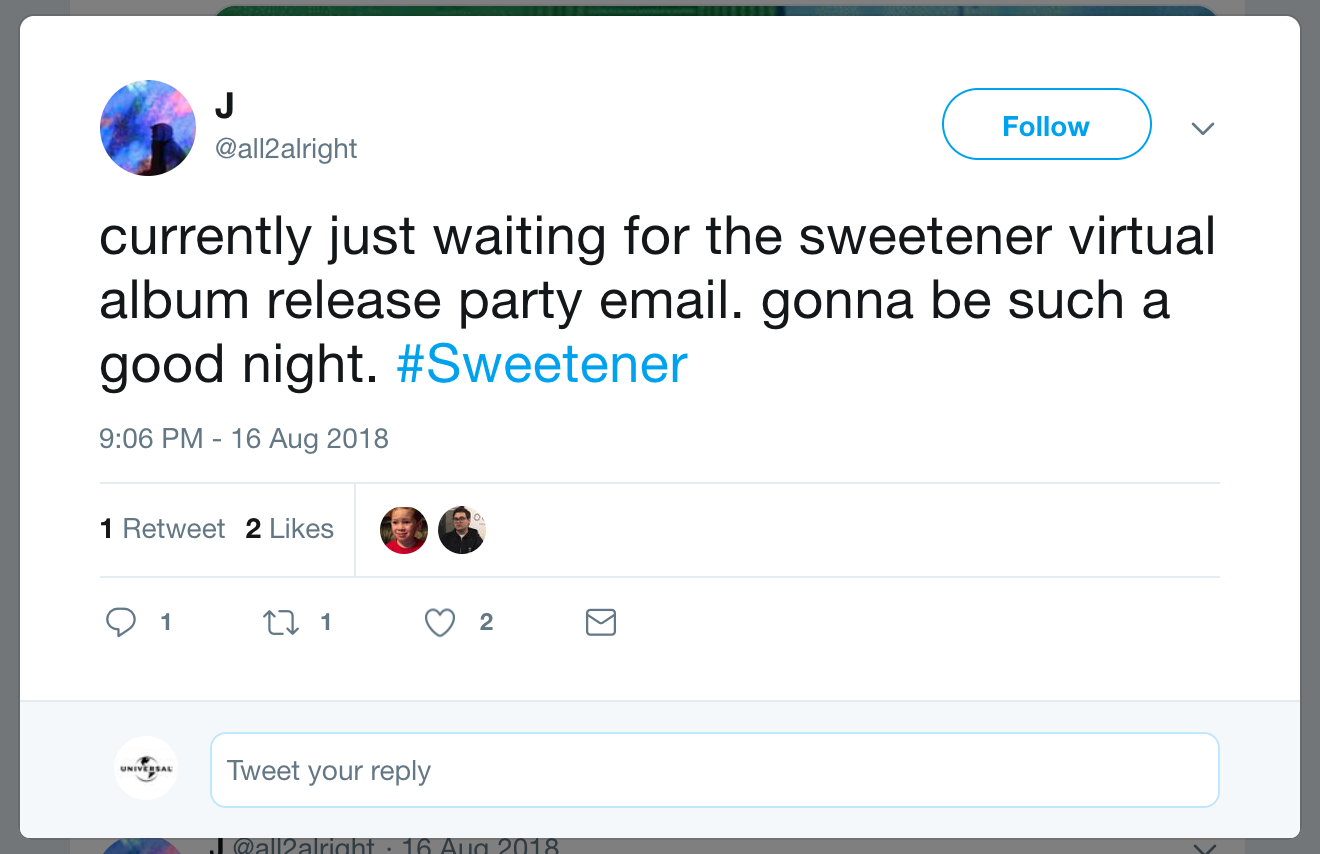 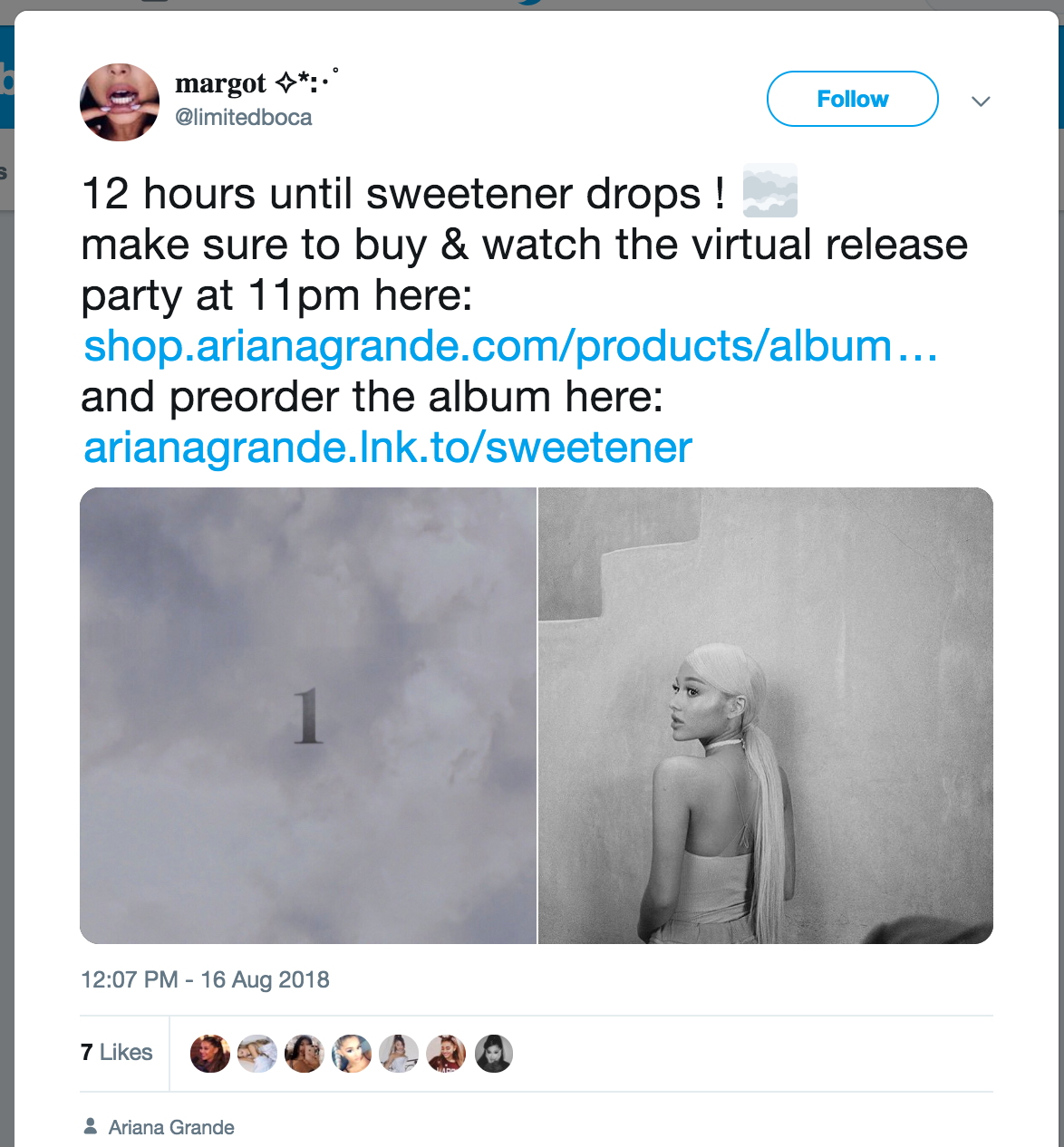 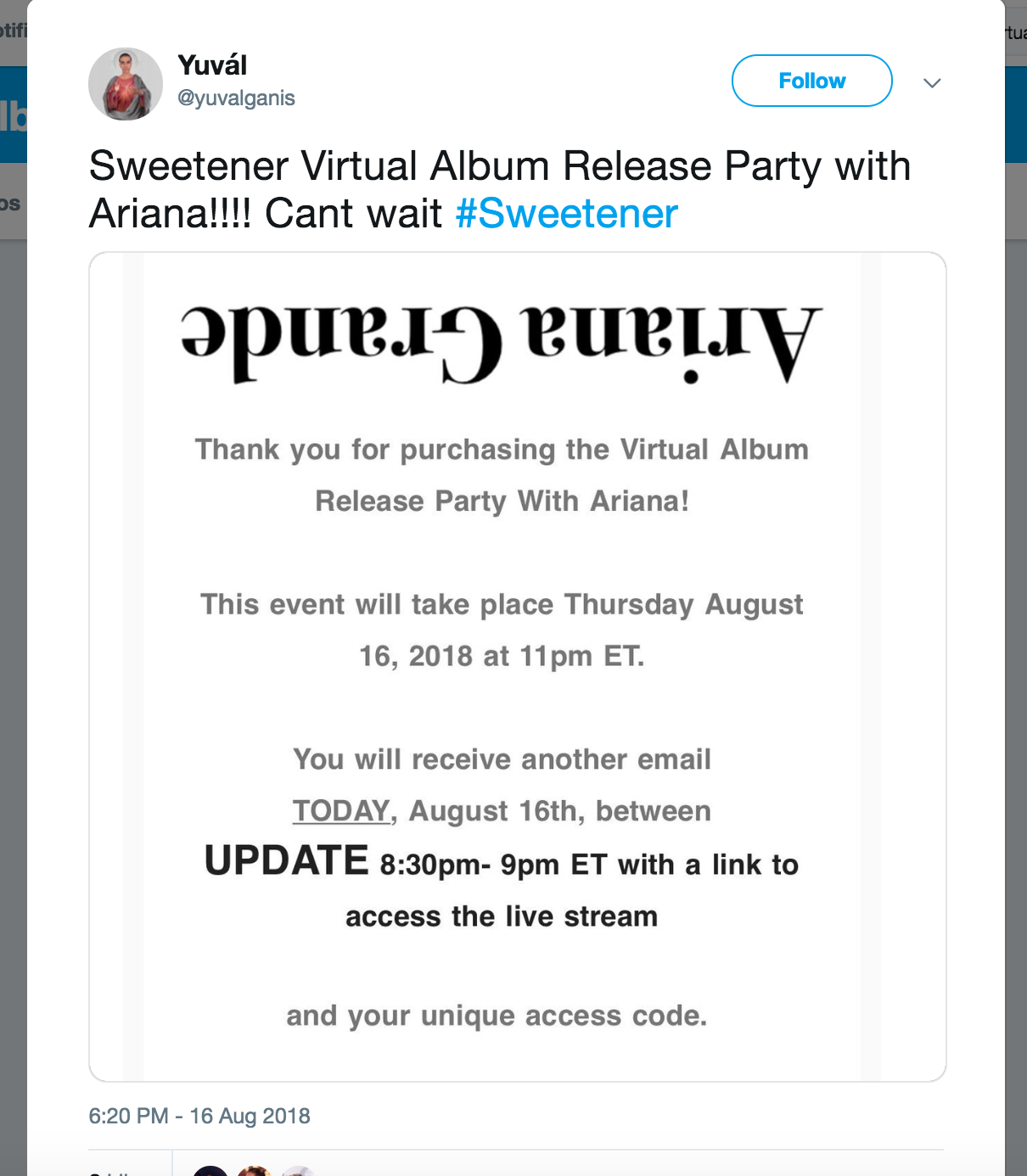 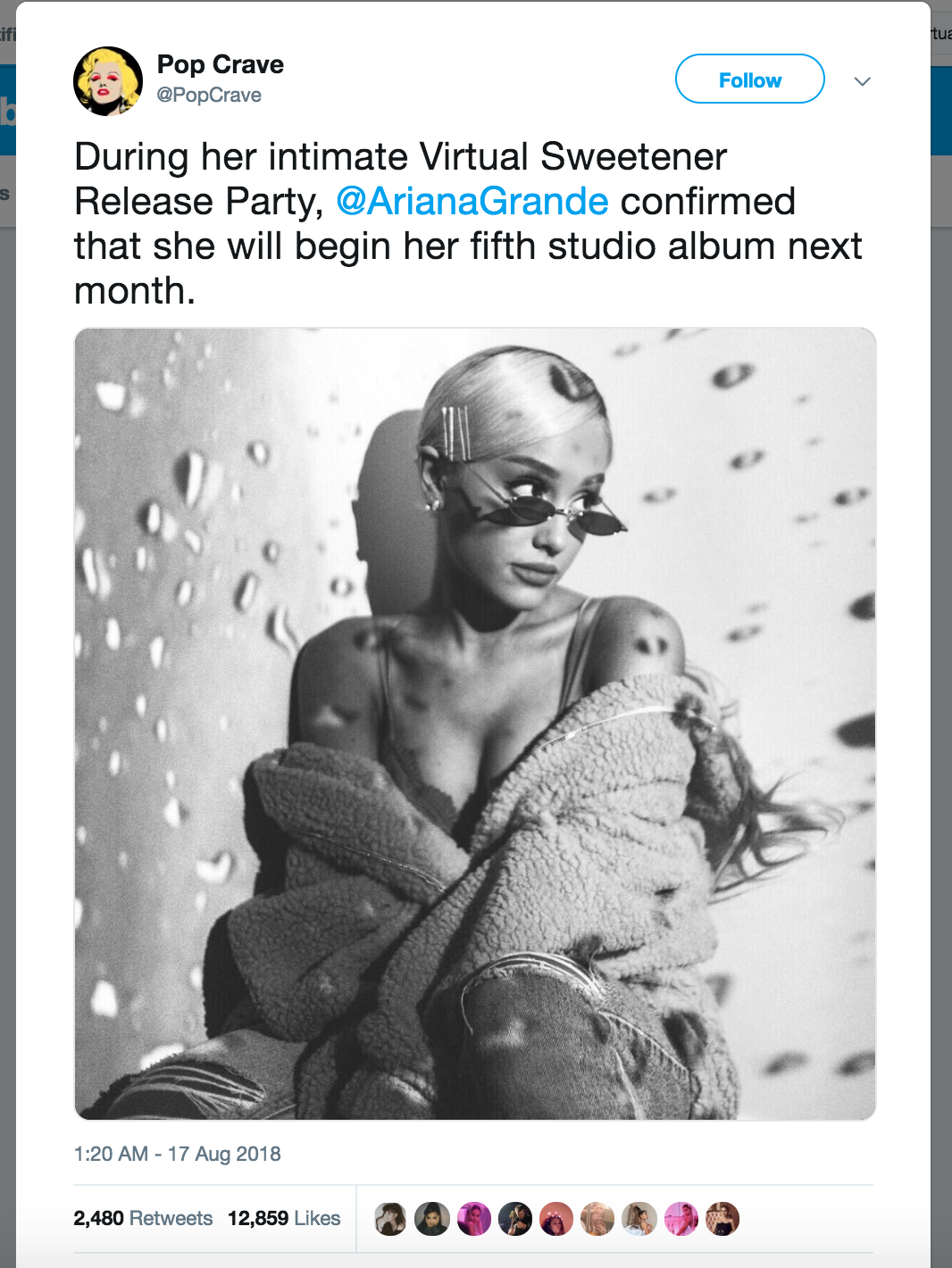 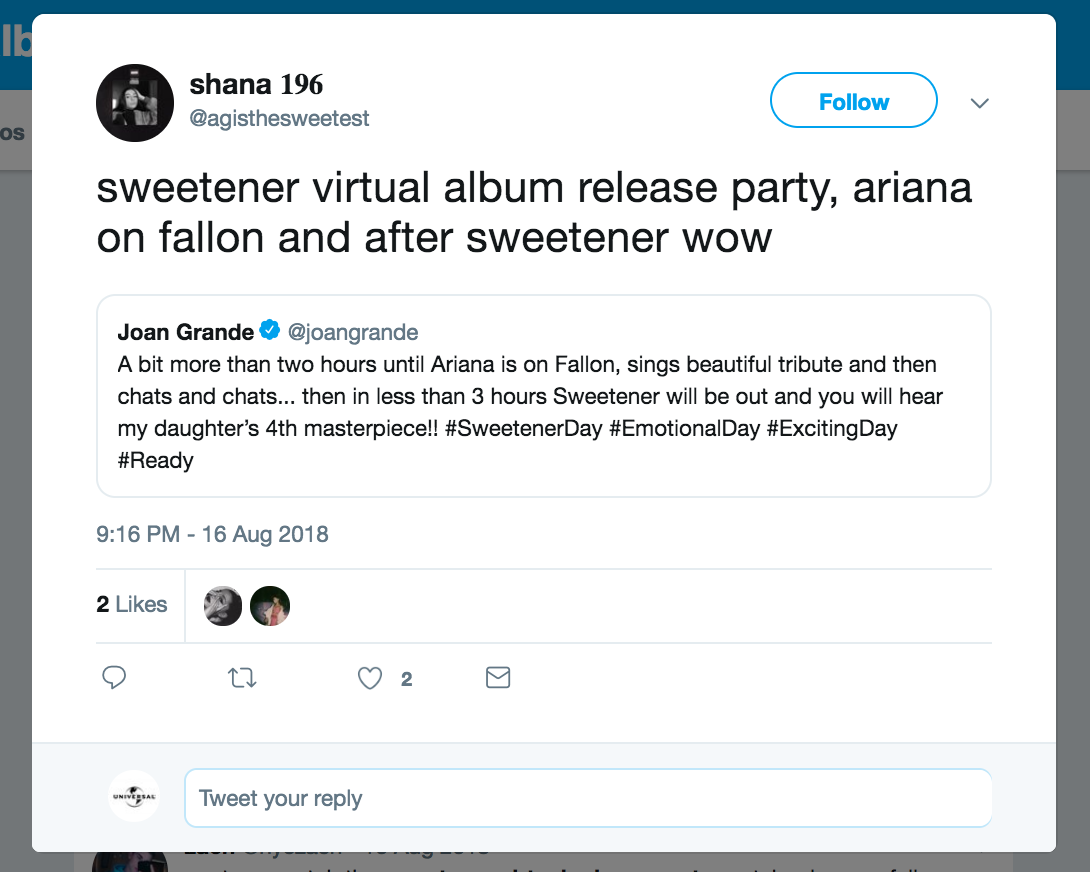