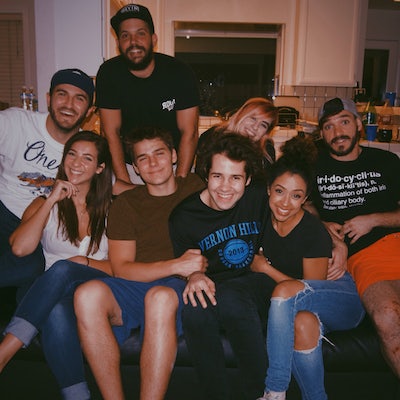 Led by David Dobrik, the Vlog Squad makes some of the funniest vlogs on the internet. The squad is mostly comprised of hilarious former Viners, and includes Scotty Sire, Toddy Smith, Alex Ernst, Gabbie Hanna, Liza Koshy, Zane Hijazi, Corinna Kopf, Heath Hussar, Josh Peck, BigNik, Jason Nash, Matt King, Carly Incontro, Kristen McAtee, Erin Gilfoy, and Elton Castee. As 2017 marked a trend of friends teaming up to help create content together, the Vlog Squad emerged as one of the most popular—each member boasts a committed YouTube following, with many surpassing 1M subscribers in 2017. If you live in Los Angeles like most of them, you may have noticed their faces gracing a billboard on Highland Avenue in the heart of Hollywood this year, a real-life testament to their incredible internet success.