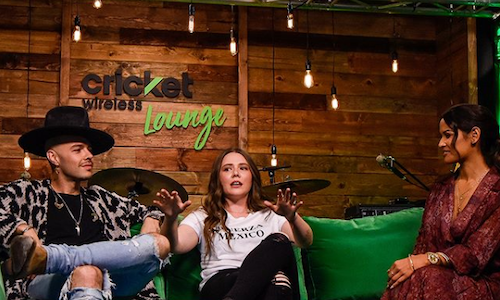 Live from the Cricket Lounge

Music is more than beats and lyrics - it's inspiration! "Live from the Cricket Lounge" is a social livestream concert series presented by Cricket Wireless to bring fans closer to their favorite musical artists and highlight music's powerful ability to unite people from diverse backgrounds. We aimed to connect the Cricket community not just to music, but to current events and philanthropic causes that made a real impact within the community. Our mission was to also position Cricket Wireless social channels as an entertainment hub and build affinity with target markets through music. The live concert series gave fans an intimate behind-the-scenes look at their favorite musical guests from their Cricket device.

Our measures of success were fan reach, fan engagement and fan sentiment during the live concert and on all "Live from the Cricket Lounge" social content.

In September of 2017, Cricket Wireless celebrated Hispanic Heritage Month with Mexico City-born siblings Jesse & Joy with a Facebook live concert and Q&A with influencer Rocsi Diaz live from the Cricket Lounge. In wake of the Central Mexico earthquake disaster, the siblings had just returned from a trip to provide aid. In addition to live music, Jesse & Joy and Cricket Cares teamed up to raise awareness and fundraise for the band's charity to aid the Central Mexico earthquake disaster.

In celebration of Black History Month, Cricket Wireless shined the light on Jazmine Sullivan. Jazmine has made a name for herself in the R&B genre - and has eleven Grammy nominations to prove it. Jazmine performed a powerful set and spoke about her musical inspirations. The live set was attended by influencers GabiFresh and Trendy Curvy who helped amplify across influencer channels.

To date, Live from the Cricket Lounge livestream concert series has earned the Cricket Wireless brand 27,888,371 impressions, 374,732 fan engagements and 2,512,529 views in total. Fans not only connected with live music, the concert series was able to connect the Cricket community to philanthropic causes that made a real impact, such as aid for the Central Mexico earthquake and Sounds of Celebration for Black History month.

Live from the Cricket Lounge with Jesse and Joy earned extremely positive sentiment: 51.7% positive. Most Jesse & Joy livestream reactions included love and likes, with some tears for Mexico.

Video for Live from the Cricket Lounge 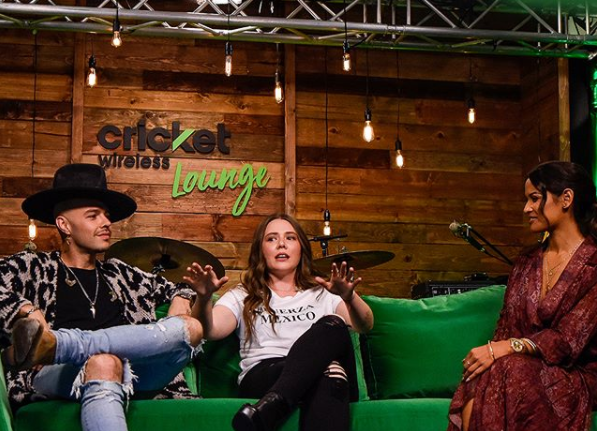