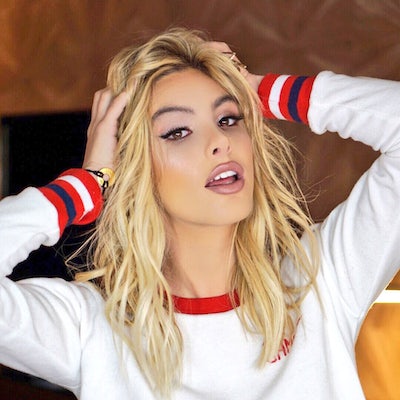 Lele Pons is “LATINA AND PROUD!” Born in Venezuela, the Vine-star-turned-YouTube-sensation posts new, hilarious videos every week. Her comedic sketches often find Lele playing an over-the-top version of herself, frequently poking fun at her own heritage. She also regularly appears in collaborations with her fellow Shots Studios members, even joining them in Milan to walk the runway at Dolce & Gabbana's Fashion Week show in February. She posted an astounding 24 videos in 2017 that surpassed 10M views, growing her account by 4.5M+ subscribers. In addition to serving as a judge for the 2017 Miss Universe competition, her massive popularity led to an appearance in the music video for Camila Cabello’s hit song, “Havana.”