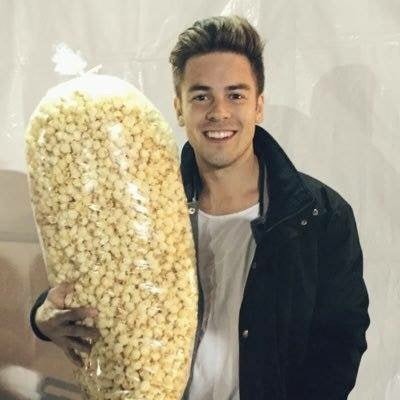 In 2017, Cody Ko proved he’s a true renaissance man, doing a little bit of everything throughout the year: acting, vlogging, podcasting, and even releasing his own music. In addition to gaining over 550K subscribers on his own YouTube channel, Cody played the hilarious role of Wade in Jimmy Tatro’s The Real Bros of Simi Valley. Knowing Cody is loved by all, MTV sent him to Comic-Con in July 2017 to interview attendees on the street. He’s also host of the podcast Insanely Chill, posting it on a second YouTube channel with 100K+ subscribers of its own. And he finds time to be half of the comedy rap duo Tiny Meat Gang with Noel Miller. The two released their debut album Bangers & Ass in December, posting hilarious music videos for each song on their channels.