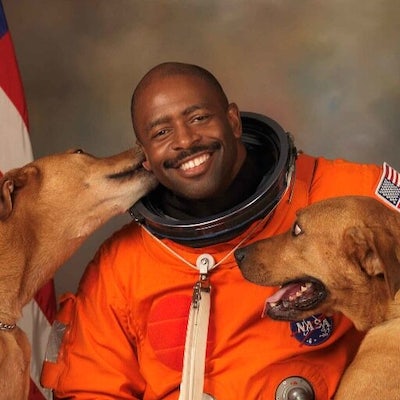 Just because he’s retired as an astronaut doesn’t mean Leland Melvin has stopped exploring. The only person ever to play in the NFL and also fly in outer space, Leland spent over 565 hours of his life in space across two journeys into the great unknown. Since hanging up his space boots, the Virginian has dedicated his time to educating the public about science, amassing 110K+ Twitter followers along the way. In 2017, Leland was featured in MAKERS Men, a video series profiling men who fight for the equal treatment of women. He also released his first book, Chasing Space: An Astronaut's Story of Grit, Grace, and Second Chances. If Melvin’s dedication to a better world isn’t convincing enough to follow him, his incredible profile picture should seal the deal.