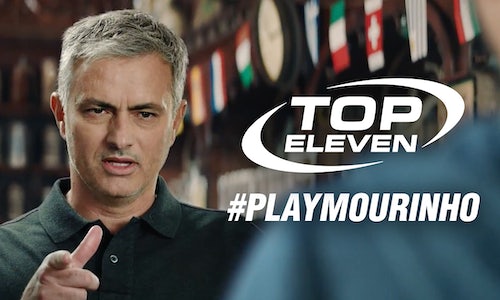 The start of the new soccer season saw José Mourinho take on his latest challenge. As the new manager of Manchester United Soccer Club all eyes were going to be on him and his players.

Many brands from different industries were going to tap into the buzz that comes from high-profile live Premier League soccer games and it's leading men, such as Mourinho. We knew that the challenge to get noticed during a soccer-fuelled weekend was going to be tough, but we had a trick up our sleeve.

Having Mourinho as Top Eleven's brand ambassador presented a unique opportunity for the marketing team at Nordeus to create engaging content featuring the man of the hour.

We decided to anticipate the initial scrutiny that Mourinho would face with a challenge. 'Do you think it's easy job to win trophies?'

Our objective was to make content with this message that would resonate with our target audience and transfer across multiple media platforms resulting in earned media and brand awareness.

Using the message 'Do you think it's easy job to win trophies?' we set out to make video content that transcends numerous platforms and would be relevant to our target audience of soccer fans.

The video opens with three soccer fans in their mid to late twenties watching their team in a bar and questioning the manager's decisions. All of a sudden Mourinho appears out of no where and challenges them to do better.

All soccer fans can relate to the first setting, maybe not the latter. Watch the final video below:

Our brief was simple, push the video message across as many different platforms as possible.

- We identified key soccer weekends in the month of September and October in our target markets and organised a TV campaign featuring the 30 second video to be featured across numerous soccer channels.

- We featured the message on pitch-side advertising boards during live Premier League fixtures.

- All Top Eleven social media and website assets featured the video and message for the duration of the campaign. Our Top Eleven community channels are not small (over 14 million followers in total) so consistent messaging and branding on these channels was important to the success of the campaign.

- We created a campaign hashtag #PlayMourinho with the aim of getting it trending during a live game and to help track our overall impressions and engagement.

- We used a number of different media partners to help promote the video.

- We engaged Top Eleven's community and invited them to challenge Mourinho in the game.

Given the timing and early challenges Manchester United faced, the timing of the video could not have been better and the video was shared across the soccer media sphere.

With this video, we managed to cut through the clutter of Premier League content aimed at football fans, earn impressive engagement stats and become a trending hashtag on Twitter.

Here are some key stats:

- Through retweeting and earned media, the video received over 33 million impressions on Twitter.

- #PlayMourinho was a trending hashtag during the Manchester Derby on the 10th of September giving our brand equity in one of the biggest games of the season.

- One piece of earned media earned us over 350k views on YouTube from a resulting parody video.

- A goal was scored when our pitch-side advertising was visible during a Premier League fixture. This resulted in a fantastic image in which the striker can be seen scoring the goal while the advertising board read 'You think it's an easy job?'.

This image in itself then went viral and was shared across multiple social media platforms. You can see the image below.

The key to this campaign's success was its timing. Mourinho endured a difficult enough start to Manchester which resulted in a lot of fans questioning his tactics and pedigree.

As a result, when our target audience came across our video during half-time, the challenge set out by Mourinho could not have been more relevant making it stand out from all the other content during this time.

Video for You think it's an easy job to win trophies? feat. José Mourinho - Top Eleven 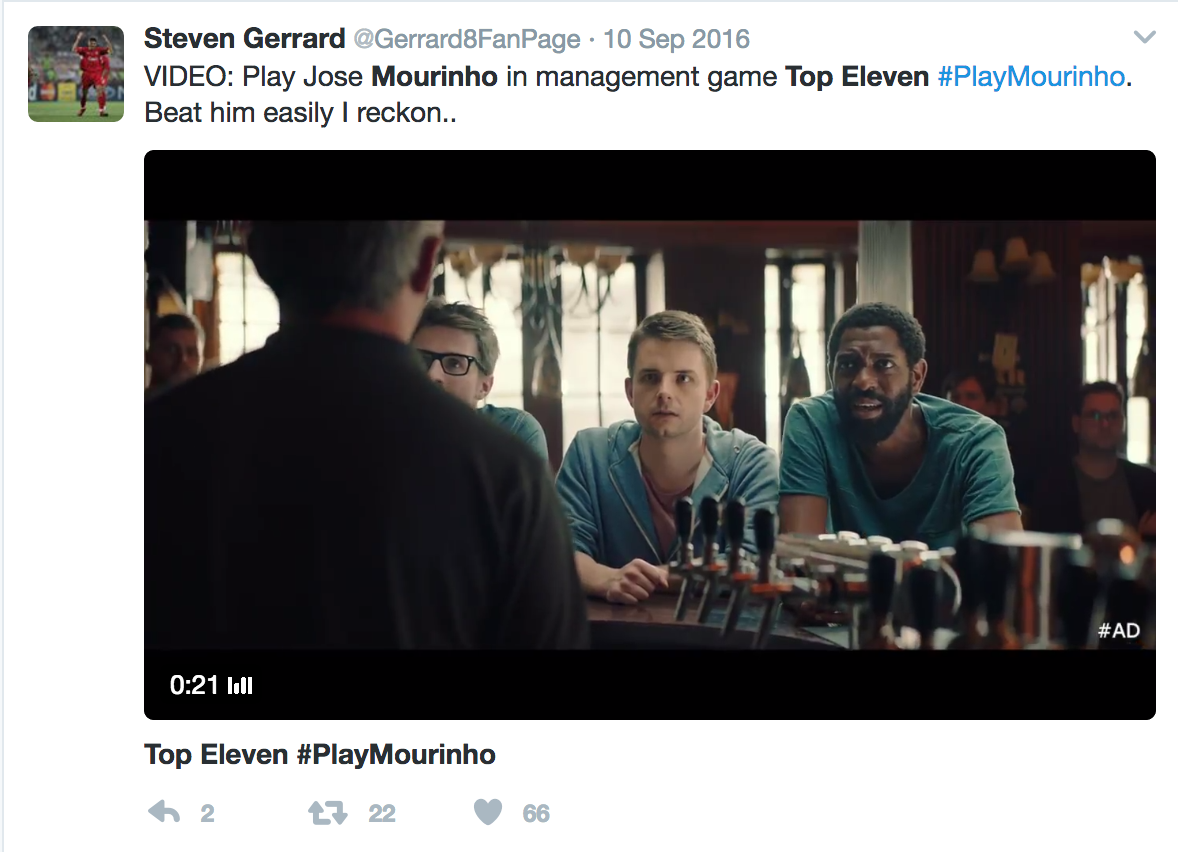 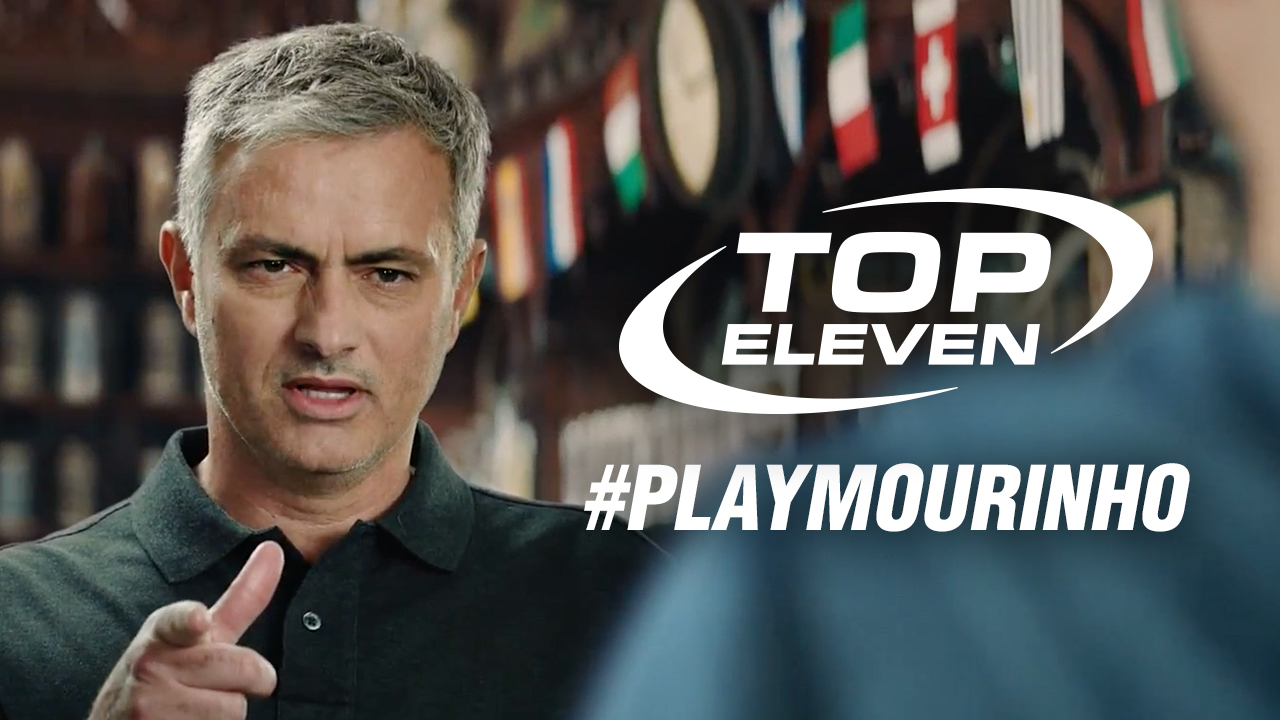 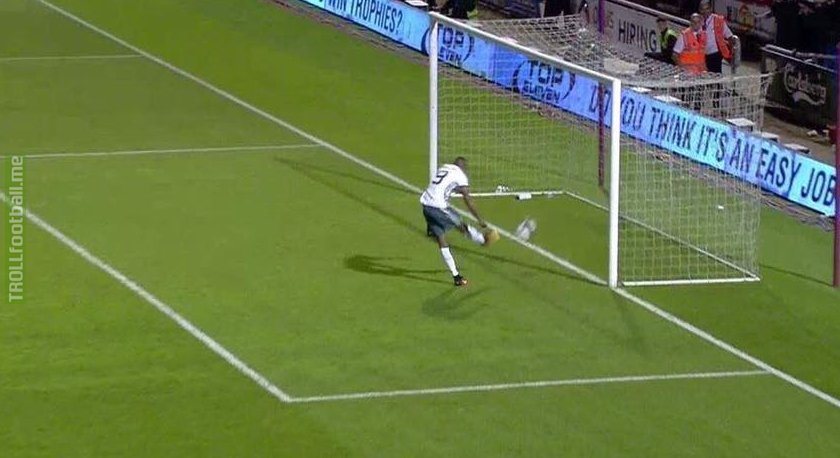