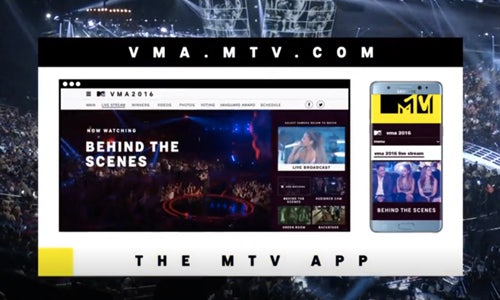 Every year, MTV works to reinvent the fan experience during the highly anticipated Video Music Awards, which mark the biggest night in music for the network. During the 2016 show, MTV aimed to pull back the curtain for viewers through the All Access Cross-Platform Live Stream and give fans behind-the-scenes access before, during, and after the star-studded show at NYC's Madison Square Garden. The goal of the multiplatform activation was to bring the VMAs to MTV's audience where they live on social while creating a richer show viewing experience for fans on mtv.com.

To give our fans unfettered access to the 2016 MTV Video Music Awards, we set up cameras from the carpet to the stage focusing on our celeb hot-spots. During the pre-show, cameras provided real-time access to the red carpet including big arrivals like Beyonce and Blue, all the fashion, plus a front row seat to the multiple red carpet kick-off performances outside Madison Square Garden by Jidenna, Lukas Graham and Alessia Cara.

During the show, we had our cameras fixed on the VIP seating so fans could keep an eye on the star-studded audience. At the end of the night, for our first-ever digital post-show, our hosts Tinashe, A$AP Ferg and MTV News' Gaby Wilson were posted outside the limo pickup at our VMA-themed NYC bodega. They hollered at departing celebs and recapped their favorite moments with departing guests including Troye Sivan and Michael Phelps, among many others.

This behind-the-scenes look at the VMAs was live streamed on mtv.com and the MTV apps (iOs, Android, AppleTV, Roku & Xbox) alongside a live stream of the VMA broadcast. This allowed fans on MTV.com to watch both the show and behind-the-scenes cameras simultaneously. To extend this live behind-the-scenes access, we also streamed this video on for the first time on the VMA and MTV Facebook accounts in addition to MTV's Youtube page, reaching our fans where they live across platforms.

The TVE Simulcast of the VMAs on MTV.com and the MTV app saw a streams increase of +154% year-over-year. Our companion behind-the-scenes streams, including the new post-show on mtv.com, the MTV App, Facebook & Youtube saw an overall year-over-year increase of +87%. 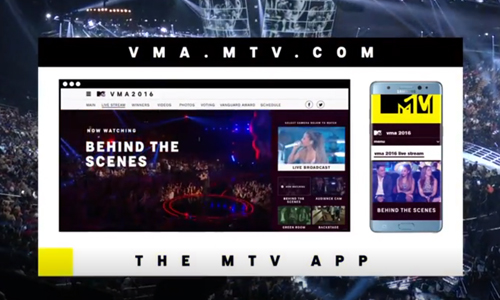 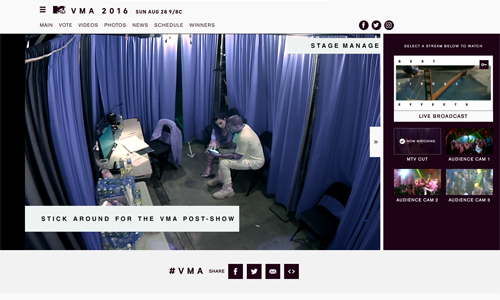 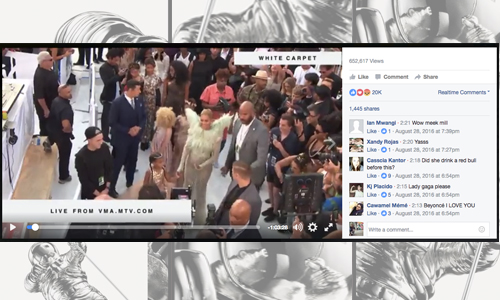 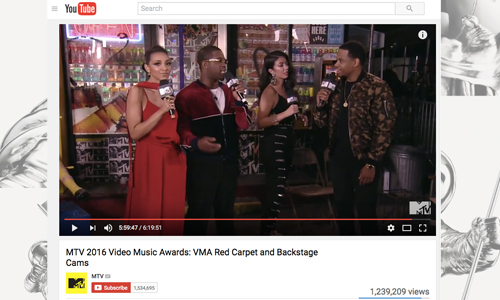 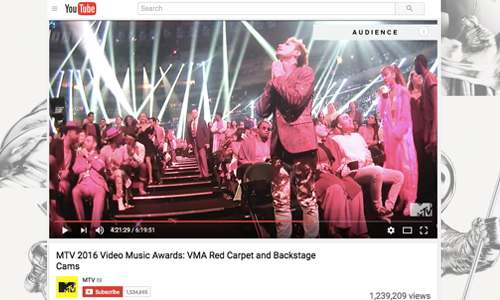