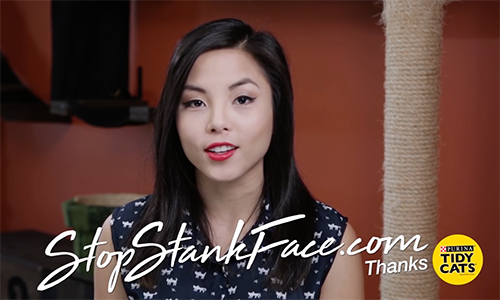 A disruptive idea needed a disruptive distribution, and Stank Face was perfectly primed to be a campaign to break traditional paid rules. So we took an idea that was born on the internet in all its co-creation glory and fed it back to its place of origin. Using seven key influencers of varying degrees of reach and engagement across YouTube, Facebook and Twitter, we created a two-phase campaign: Part 1 would be unbranded content designed to trend the concept of Stank Face and reintroduce it into the digital lexicon. Part 2 would introduce Tidy Cats as the true solution to the Stank Face plague.

The Stank Face influencer campaign was very successful, advancing the core objective around the odor control equity measure while also driving best-in-class performance on consideration and recall. In addition, it blew away CPG benchmarks in action rates and driving to the landing page.

The core campaign KPI, the on-site action rate on StopStankFace.com, was 120% above benchmark and three times higher for visits coming from influencer videos compared with visits from social or display advertising 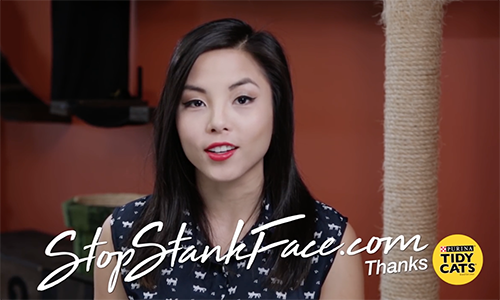