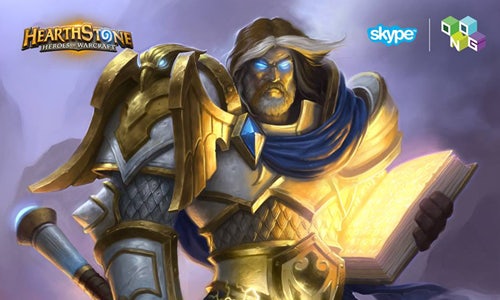 Skype challenged 1000heads to engage the social community in a way that would encourage them to actively use the Skype product and shift their perception of Skype as a one-to-one video-calling tool into a mobile-first, group features driven communication tool.

The goal of Skype's social and influencer program for FY '17 (July 2016 – June 2017) has been to find out which subjects millennials aged 20-24 care about the most, and authentically create a way to weave Skype into those conversations, driving social engagement and product use.

The question 1000heads had to answer was, "What does our audience care about, and how can we talk about it in such a way that encourages them to use Skype?"

At the start of Skype's social and influencer campaign for FY '17, 1000heads undertook an insights-driven exercise that revealed what our target audience was talking about, how frequently, and when. Using a combination of tools, research studies and human analysis, the topic of 'gaming' emerged as key interest, with over 30 million conversations in the last year, This led to the decision to create a multi-channel gaming campaign covering Skype's role in helping to facilitate gaming discussion, sharing and strategy.

To successfully appeal to the gaming audience, the right property had to be chosen. As many popular games already featured integrated communication solutions, 1000heads looked to games that required a high volume of pre- and post-game discussion and strategy consideration. Digital card game Hearthstone: Heroes of Warcraft caught the eye, based on existing social conversation, the free-to-play availability of the game, and the massive audience of over 50 million active players across multiple platforms (desktop and mobile).

1000heads leveraged "One Nation of Gamers" to develop a campaign that would feature multiple live streams of a Skype-sponsored online Hearthstone tournament – the "Skype Hearthstone Academy" - where users could watch streams as they were broadcast live, and during offline periods, discuss all elements of the tournament within dedicated Skype group chats, connect with pro players to get tips to improve their game ability, and win the chance to take part in subsequent tournament gameplay.

The central landing page of the campaign consisted of a splash page developed by
One Nation of Gamers, and featured a concise overview of the campaign, including directions and information on how fans could take part and get in on the action.

The tournament itself consisted of one-on-one amateur match-ups, and thereafter featured coaching sessions with well-known Hearthstone pros in an effort to elevate amateur talents – all broadcast live. During all tournament streams, chats on Skype remained open with participants limited to exclusive groups of <200 to ensure a more meaningful participant experience.

While the tournament and group chats were moderated by community managers, Skype's social channel pages, including Facebook, Twitter, and Instagram, were used to promote the activation with support from paid media, specifically promoted posts and website link click dark paid units cross-channel.

To further drive mainstream interest in the campaign, media contacts were leveraged to generate positive PR across specialty gaming websites, with organic pickup from PC World.

The campaign culminated in a round-robin tournament on Twitch between the players who were chosen in the chats and the coaches that helped them improve their skills, with the participants, coaches, and Skype community reflecting on the action in Skype groups chats before, during, and after the tournament close.

The Skype Hearthstone Academy multi-channel campaign was one of the most successful that Skype has ever run, achieving the objectives of group features usage and shift in perception of Skype.

44k in-product engagement were driven (an average increase of 3.2x from previous campaigns), consisting of instant messages, photo sharing, link sharing, video sharing, and file transfers. Users took to Skype to talk strategy and share their deck creations and favorite cards, positioning the chat groups as the interactive environment to discuss the game. Over a month after the campaign had ended, community-led group chat engagement continued to soar. Due to Skype's gaming affinity campaigns, campaign-exposed users have shown 7% higher mobile usage and 20% higher overall Skype usage. Perception has increased with 90% of exposed users stating they have recommended the product.

Due to the campaign's popularity, industry publications such as PC World covered the tournament and drove increased earned interest.

From a social perspective, the campaign generated 15m impressions, and 974k social engagements including video views. Lastly, over 330k unique viewers engaged with the campaign on Twitch, with a top concurrency of 38k viewers. 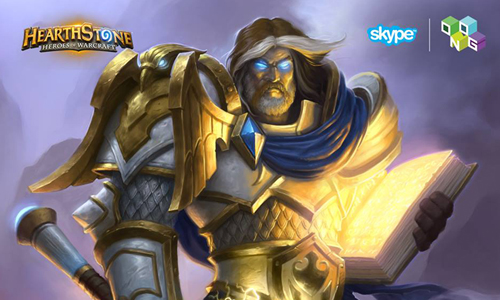